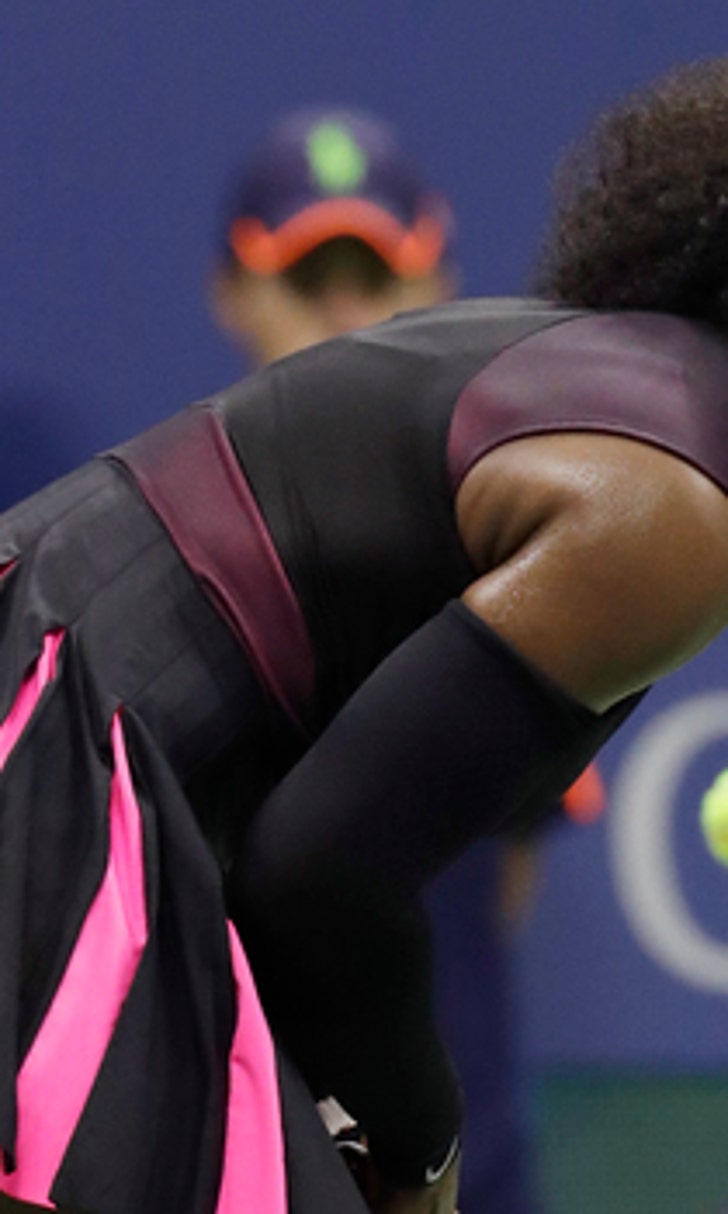 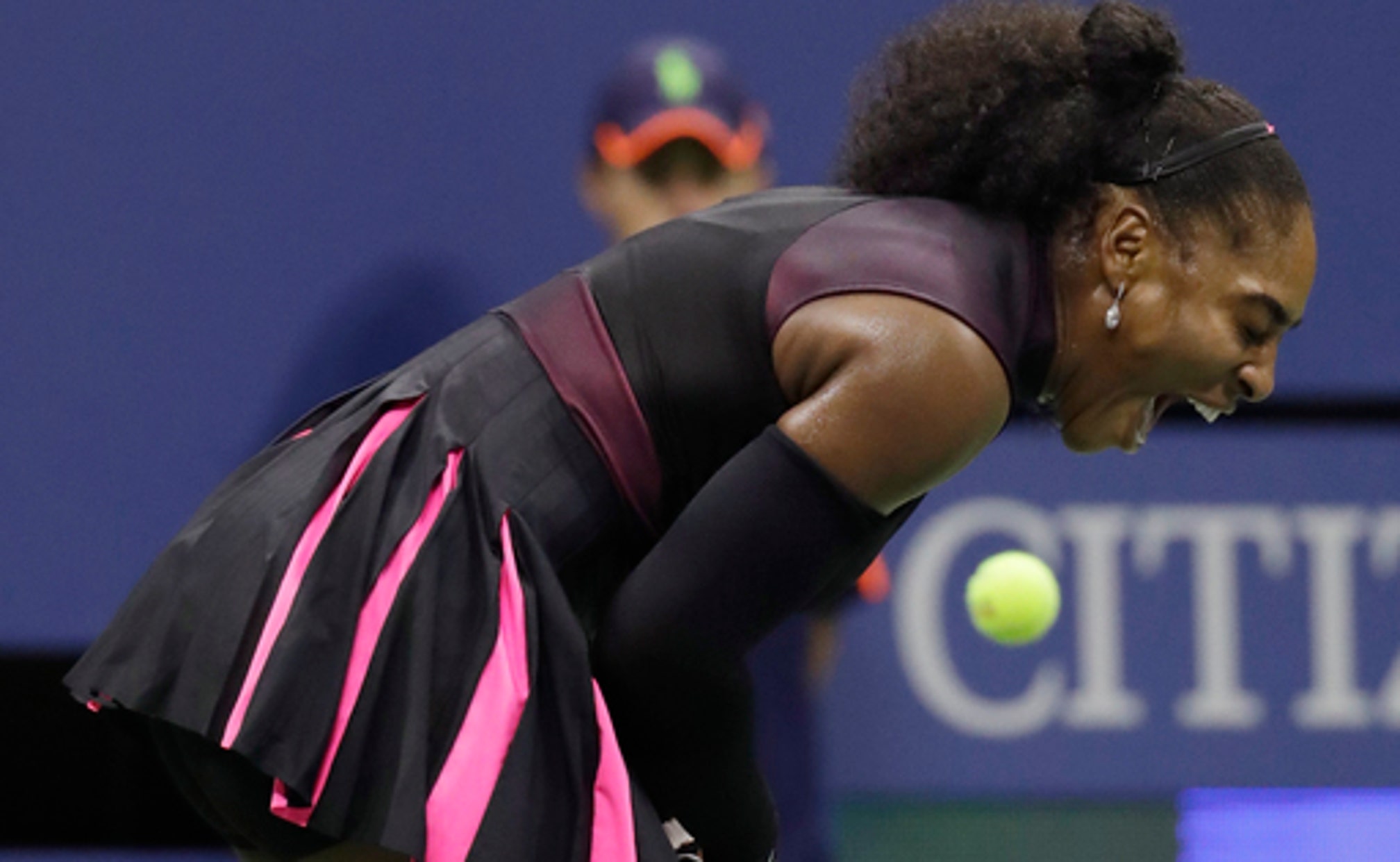 The Latest: Kerber beats Wozniacki to reach US Open final 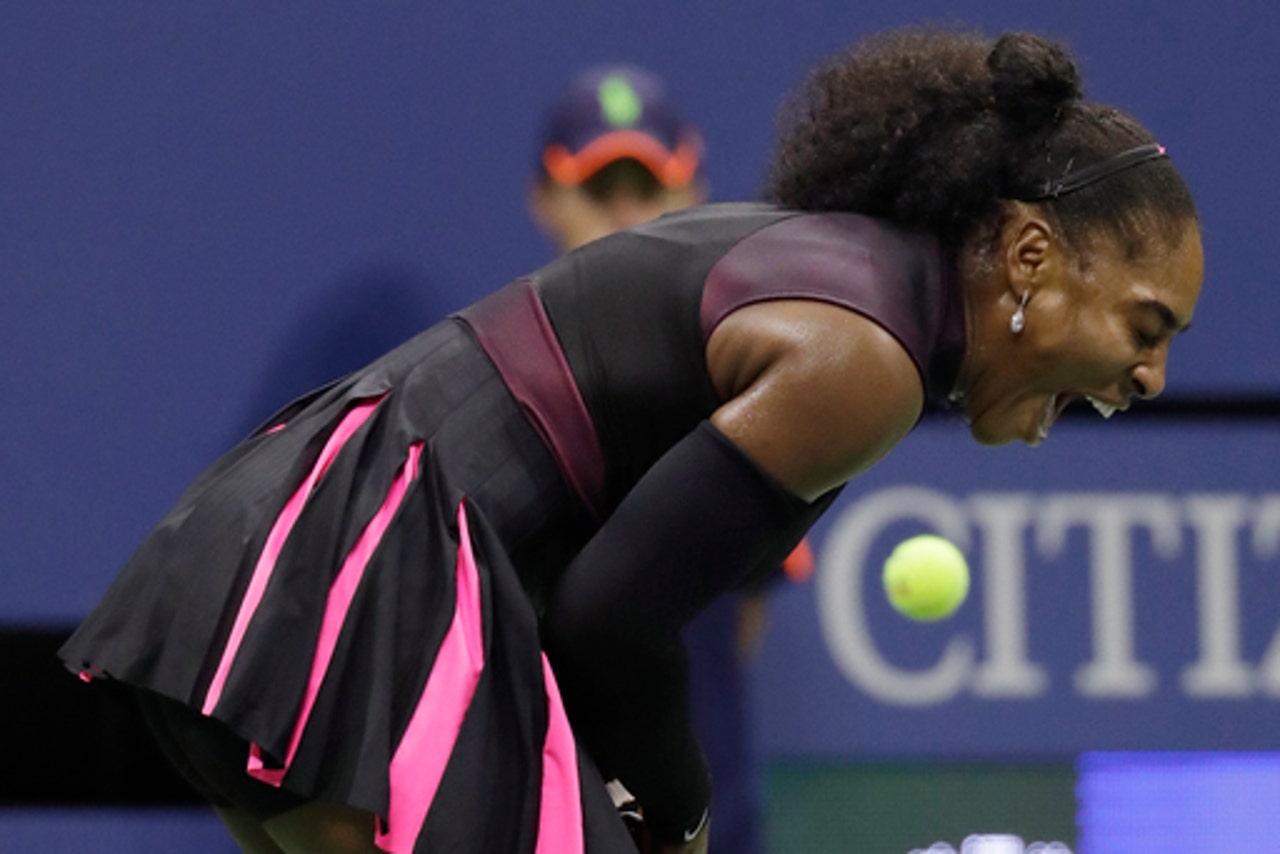 Angelique Kerber has reached her third major final this year after dispatching Caroline Wozniacki in straight sets at the U.S. Open.

Kerber earned her first career No. 1 ranking before she even stepped on court Thursday with Serena Williams' loss in the first semifinal. Then Kerber went out and looked like a top-ranked player, winning the first four games en route to a 6-4, 6-3 victory.

The German lefty will face Karolina Pliskova on Saturday in a rematch of the final at Cincinnati nearly three weeks earlier. Kerber would have taken over the No. 1 ranking then had she won that day, but Pliskova instead captured a breakthrough title and has ridden that momentum since.

Kerber had never made a Grand Slam final at the start of this year. Then she not only advanced that far but won the title at the Australian Open, beating Williams in the championship match. She followed that up with a run to the Wimbledon final, where she lost to Williams.

Wozniacki is a two-time runner-up at Flushing Meadows, but she arrived at this year's tournament at No. 74 in the world after missing 2+ months because of an ankle injury. She was seeking to become the lowest-ranked women's finalist at the U.S. Open, other than an unranked Kim Clijsters in 2009.

Karolina Pliskova is only the fourth woman to beat both Williams sisters in the same Grand Slam tournament - and she thinks needing to face Venus in the U.S. Open's fourth round was quite useful when it came time to face Serena in the semifinals.

Pliskova said she knew facing Serena would be ''a little bit about the same match'' as playing Venus.

Playing Venus in Arthur Ashe Stadium, in front of a crowd pulling for the American, also was good preparation for taking on Serena in the same setting.

The only other women to beat the two Williams siblings at one major were Martina Hingis at the 2001 Australian Open, Justine Henin at the 2007 U.S. Open, and Kim Clijsters at the 2009 U.S. Open.

''Definitely, they did a lot for tennis,'' Pliskova said. ''And both of them, they are such a great champions. You can still see it, even now. Even if they lose they are still behaving like champions.''

Patrick Mouratoglou said after the straight-set semifinal upset by Karolina Pliskova on Thursday: ''It's impossible to compete without moving. That's why she missed so much, so many unforced errors, was because she was so slow.''

Williams said later that the injury's effect was more mental than physical. But Mouratoglou insisted that if Williams had been ''20 percent less injured, she would have won in two sets.''

Player and coach also differed on when Williams was initially hurt: He said it was a new injury that occurred late in her quarterfinal, while she said it first bothered her earlier in the tournament.

According to Mouratoglou, Williams received treatment all day and scrapped most of her warm-up. He says: ''With the adrenaline of the match, we never know. But since the start it was terrible.''

He added: ''At the end she tried to go for the winner on every shot. Even if she wins the second, it's not the point. She's not going to win the third.''

Serena Williams was upset in the U.S. Open semifinals for the second year in a row, beaten 6-2, 7-6 (5) by 10th-seeded Karolina Pliskova of the Czech Republic on Thursday night.

Williams, who clutched at her left hamstring occasionally in the second set, double-faulted to end it.

The loss prevents Williams from earning her seventh championship at Flushing Meadows and 23rd major title overall, which would both have been Open-era records.

It also means Williams' 3+-year reign at No. 1 in the WTA rankings will end. She will be overtaken on Monday by current No. 2 Angelique Kerber, who plays Caroline Wozniacki in Thursday's second semifinal.

A year ago, Williams' bid for a calendar-year Grand Slam ended when she lost in the U.S. Open semifinals to unseeded Roberta Vinci of Italy in the semifinals.

Karolina Pliskova dominated the first set against Serena Williams to take a surprising lead in their U.S. Open semifinal.

The 24-year-old Pliskova is in her first major semifinal, but she looked more relaxed than the 22-time Grand Slam champion in taking the opening set 6-2 in just 26 minutes Thursday, breaking Williams' serve twice.

One of the few players on tour who can come close to Williams in serving power, Pliskova had four aces and won 86 percent of the points on her first serve. Williams, coming off a tough three-set match the night before, made 11 unforced errors in the set.

The No. 4-seeded team of Jamie Murray and Bruno Soares took out the defending champions Thursday to advance to the U.S. Open men's doubles final, where they will face unseeded Pablo Carreno Busta and Guillermo Garcia-Lopez.

Murray and Soares, the Australian Open champs, posted a 7-5, 4-6, 6-3 victory over the top-seeded team of Pierre-Hugues Herbert and Nicolas Mahut, who won Wimbledon this year after taking their first Grand Slam title in 2015 at Flushing Meadows. Murray's younger brother, Andy Murray, lost Wednesday in the singles quarterfinals.

Carreno Busta and Garcia-Lopez defeated the No. 8-seeded team of Feliciano Lopez and Marc Lopez, the French Open champs, 6-3, 7-6 (4) in an all-Spanish semifinal.

Murray and Soares, who have never before played their finals opponent, are vying to become the first winners of multiple major titles in a season since Bob and Mike Bryan won all but the U.S. Open in 2013.

Touted by the U.S. Tennis Association as the ''future home of American tennis,'' the USTA National Campus will open in Florida in January.

The Orlando site has dozens of courts - including European red clay, green clay, indoor, outdoor hard courts like those used at the U.S. Open - as well as housing for junior players.

Kurt Kamperman, the USTA's chief executive for community tennis, said Thursday at a news conference that it is about 50 percent bigger than the Billie Jean King National Tennis Center that hosts the U.S. Open in Flushing Meadows.

Martin Blackman, the head of USTA player development, said the Orlando facility will allow the USTA to gather the best junior players from around the country.

The hope, too, is to ''raise the bar'' for youth tennis training facilities ''and also to raise the teaching level,'' Kamperman said.

''This will have a major footprint in how we are working with our youth,'' USTA President Katrina Adams said. ''We're going to get those champions.''

The top-seeded French team of Caroline Garcia and Kristina Mladenovic advanced Thursday to the U.S. Open doubles final to take on No. 12-seeded Bethanie Mattek-Sands and Lucie Safarova.

Garcia and Mladenovic, who won the French Open, defeated the sixth-seeded team of Martina Hingis and Coco Vandeweghe 6-3, 6-4 in one semifinal. Mattek-Sands and Safarova downed the fifth-seeded team of Ekaterina Makarova and Elena Vesnina 6-2, 7-6 (4) in the other.

Mattek-Sands and Safarova won the Australian Open and the French Open in 2015.

Garcia and Mladenovic and Mattek-Sands and Safarova met in one other tour final this year, at Charleston, with the French team winning in straight sets.

Mladenovic and Garcia were provisionally suspended by the French tennis federation for ''damaging'' its image at the Olympics, accused of criticizing federation officials for a clothing mix-up before their first-round defeat.