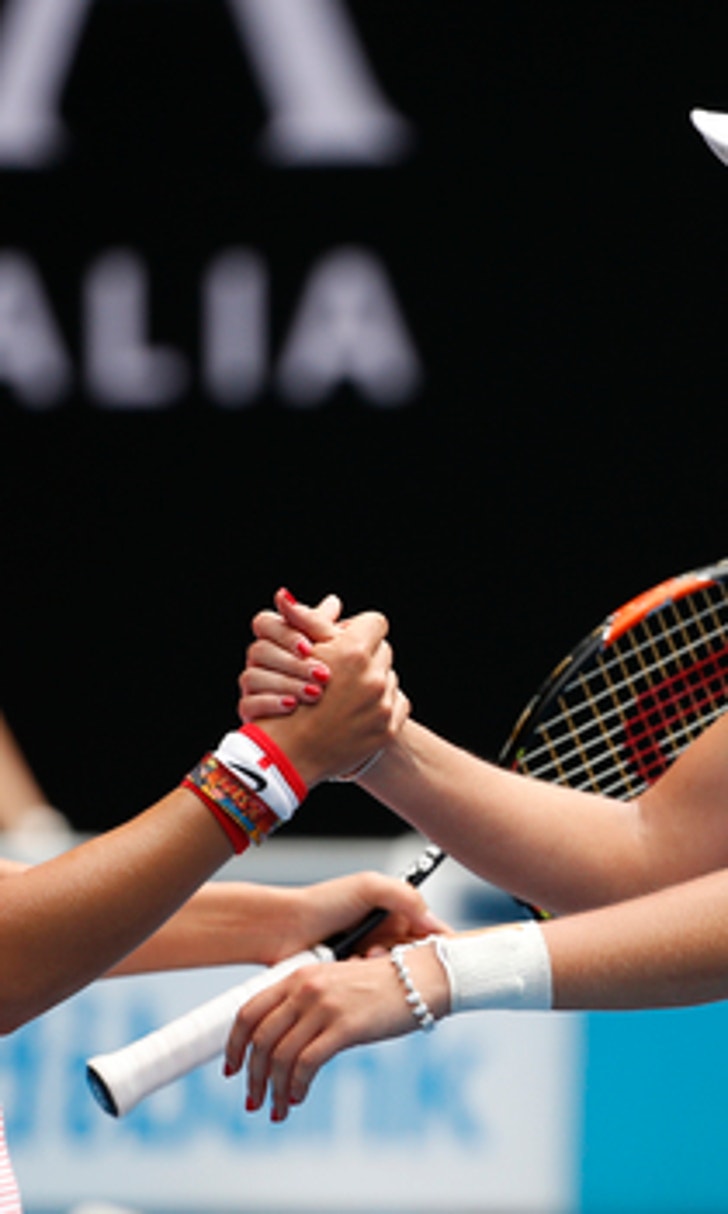 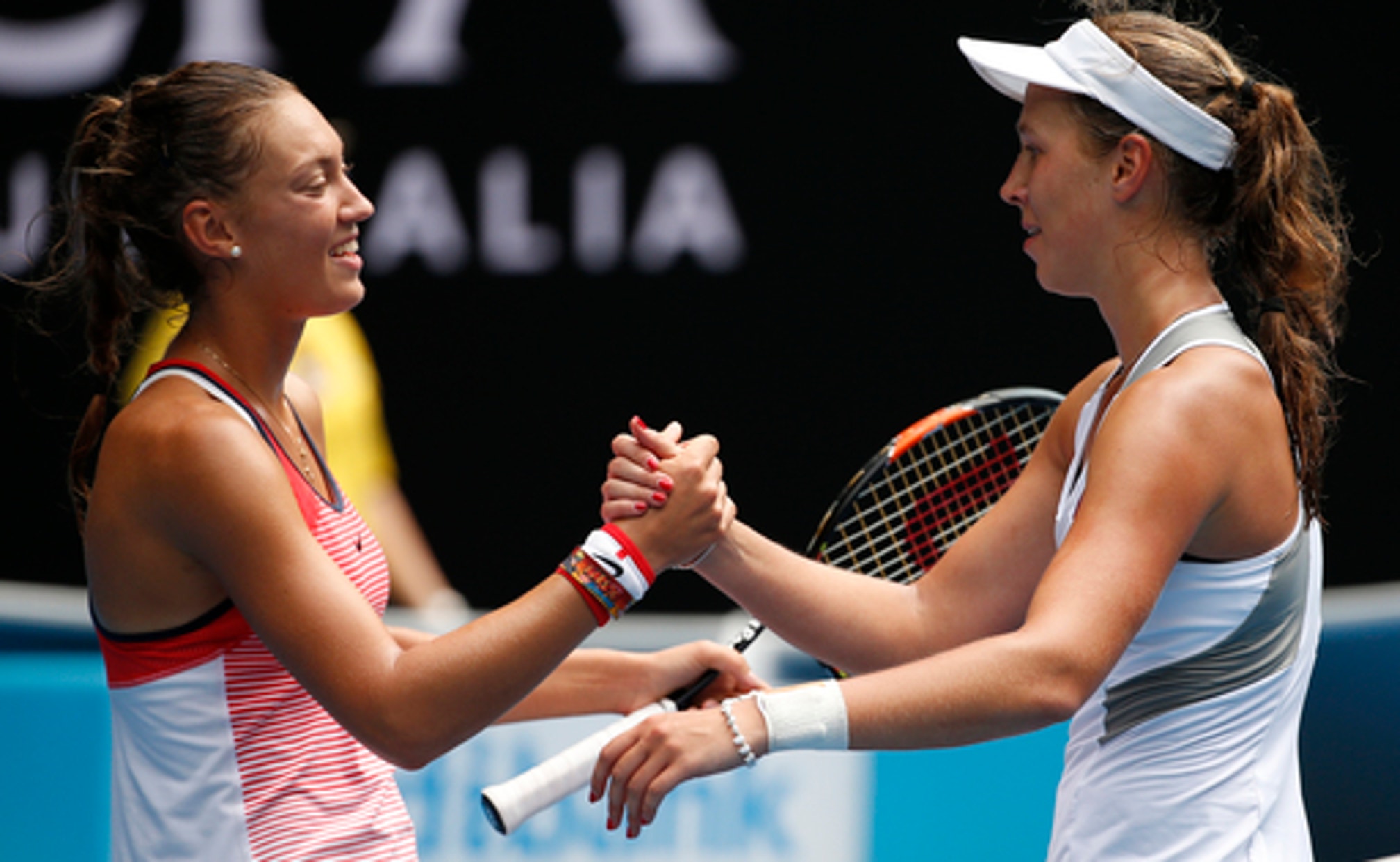 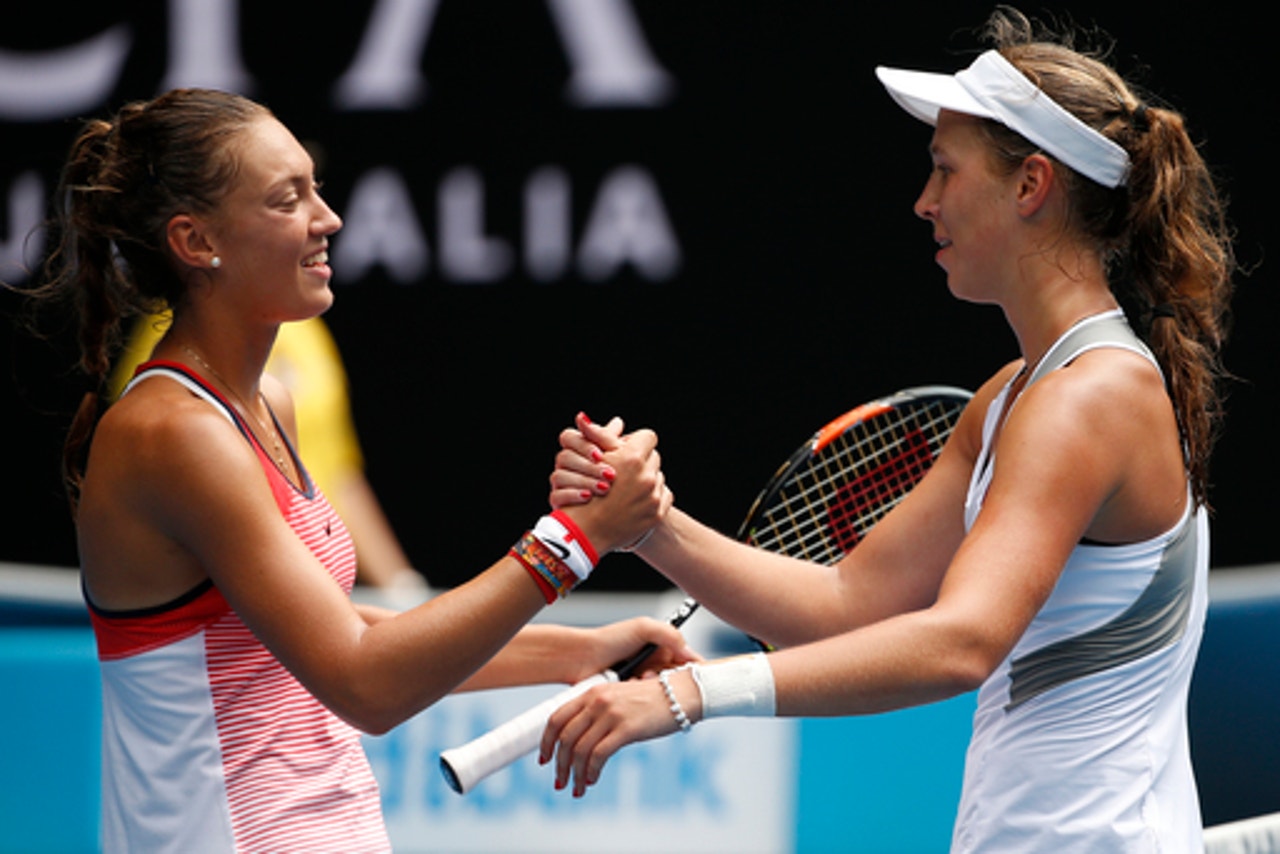 MELBOURNE, Australia (AP) The Latest from the Australian Open on Saturday (all times local):

After Alcott collected his trophy following his 6-2, 6-2 win over Wagner, Djokovic stopped his practice session on Rod Laver Arena to pose with Alcott on two occasions, putting his arm around Alcott and smiling for the cameras.

Djokovic will play Andy Murray in the men's singles final on Sunday. Djokovic has won all five singles finals he's contested, including three wins over Murray.

Australian wildcard entry Oliver Anderson has won the boys singles title with a 6-2, 1-6, 6-1 win over No. 7-seeded Jurabek Karimov of Uzbekistan.

The 17-year-old Anderson was the fifth Australian in the last decade to win the junior title, joining the likes of Nick Kyrgios (2013) and Bernard Tomic (2008) as champion.

Vera Lapko has followed in Victoria Azarenka's footsteps by becoming just the second Belarusian to capture the girls' singles trophy at the Australian Open.

The 17-year-old Lapko upset defending champion and No. 2-seeded Tereza Mihalikova of Slovakia 6-3, 6-4.

Azarenka was the last Belarusian to capture the title back in 2005.

Lapko has risen up the junior rankings to No. 12 after reaching the semifinals of the girls event at Wimbledon and the quarterfinals of the U.S. Open in 2015.