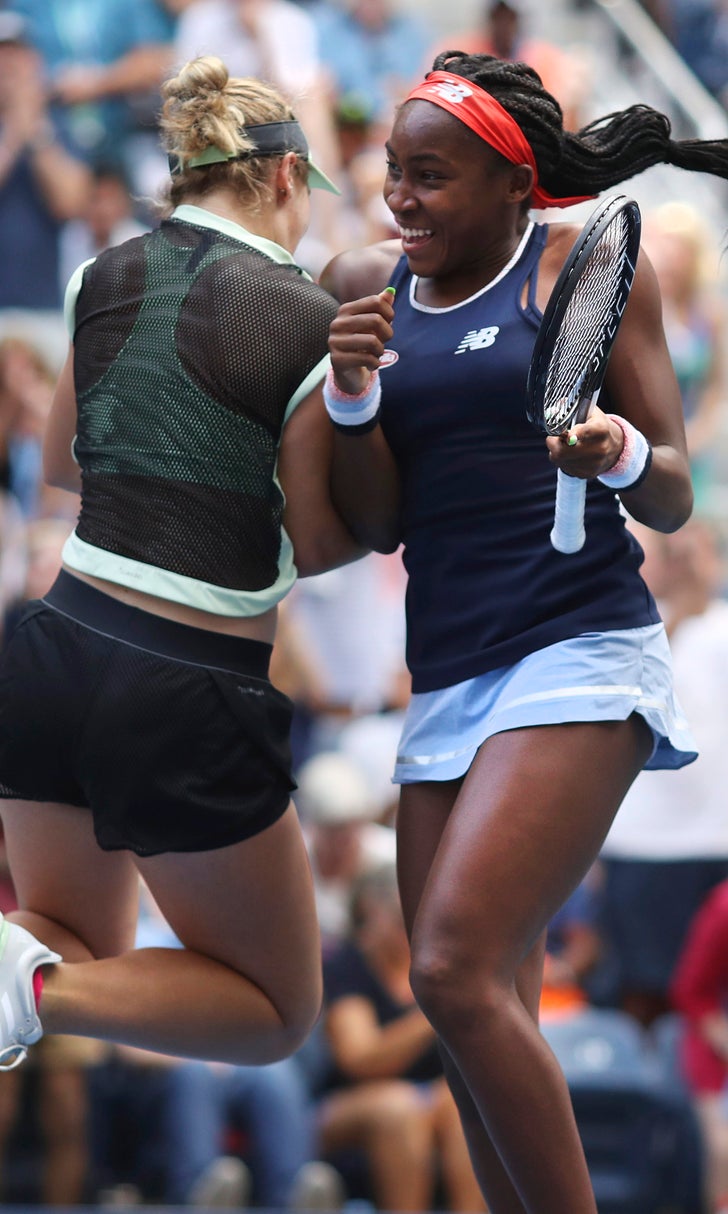 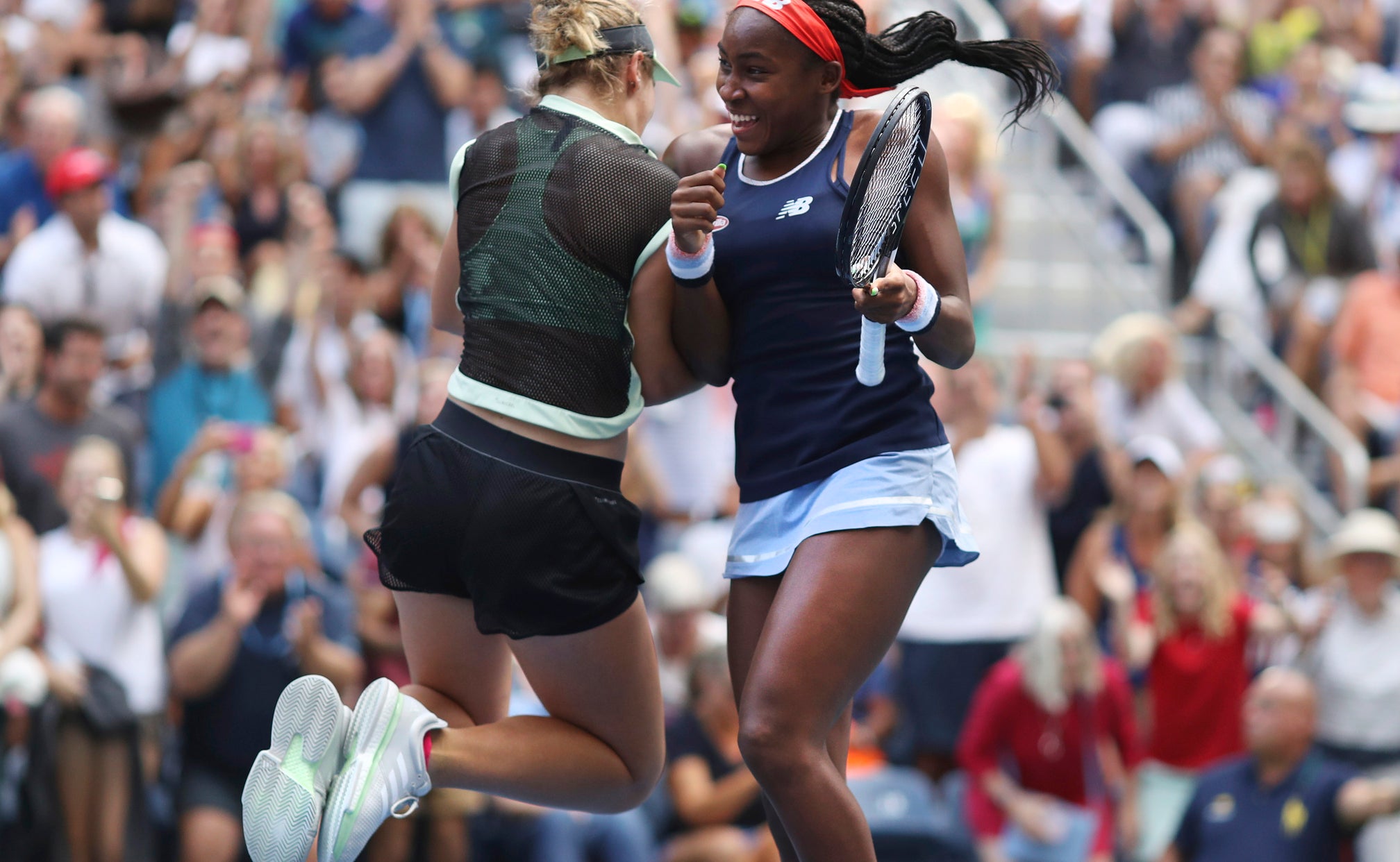 Team McCoco acing US Open doubles, but not music history

Like many teenagers, they are still learning their history.

They won their U.S. Open women's doubles match Sunday on Louis Armstrong Stadium, then were later asked what they knew about the man the stadium was named for.

"He played the saxophone," McNally said.

"His nickname was Saxamo," Gauff said.

Gauff is just 15 and McNally 17, so forgive them for not knowing that the jazz musician played the trumpet, or that his nickname was Satchmo.

Gauff said McNally's coach gave them a history lesson before their match, in case they were asked. And though Gauff was a little off on the nickname, she nailed the instrument.

"It was a trumpet. He told us that. You didn't pay attention," Gauff said toward McNally, as they sat together and shared a microphone.

Team McCoco is perfect on the court, remaining unbeaten together by topping the No. 9-seeded team of Nicole Melichar and Kveta Peschke 6-3, 7-6 (9) to reach the third round. Gauff and McNally won the U.S. Open junior title last year and teamed for their first WTA doubles title this summer in Washington.

Things are a whole lot different this year, where Armstrong Stadium was packed to the top to watch them and a long line of fans hoping to get in waited outside. They move to the Grandstand on Monday for the third round, when they play the eighth-seeded team of Ash Barty and Victoria Azarenka.

"Last year playing in juniors we actually played a couple matches indoors, so there was only about 20 people there maybe," McNally said.

The victory came a day after Gauff's loss to top-ranked Naomi Osaka in the third round of singles. Their emotional post-match interview, when Osaka invited Gauff to join her, remained the talk of the tournament early Sunday.

"It showed both personalities from both players," Roger Federer said. "In a way also tennis won on the night, not just Osaka. Also Coco, the way she handled herself anyway. It's incredible at 15. I can't even think being so well-behaved at 15."

Serena Williams' coach, Patrick Mouratoglou, has zero regrets about trying to send her a signal from the stands during last year's loss in the U.S. Open final.

His hand gesture was noticed by chair umpire Carlos Ramos, who warned Williams for the rule violation, leading to a series of arguments between the two of them. Eventually, she was docked a point for breaking her racket, and then a game for calling Ramos a "liar" and a "thief."

Asked whether he wishes he hadn't made that signal, Mouratoglou replied: "No, I felt like she was lost at that moment and I tried to help her."

He added: "I would do the same tomorrow. Really, 100 percent. And if I'm penalized again, I think it's unfair the same way. If I'm penalized, then everyone should be penalized every day. And nobody is."

Federer has great memories from the Olympics, from meeting his wife to carrying Switzerland's flag.

He's not sure if he's going to make any new ones.

Federer said he hasn't decided if he will play in Tokyo in 2020, and isn't even certain of the eligibility requirements if he does want to participate.

"I don't know if I'm actually going to do it or not because it all depends on family, on scheduling, on body, on future," he said. "I don't know. We'll see."

Federer, 38, has been carefully managing his schedule in recent years and will talk to his team about what the plans will be after next year's Wimbledon. The 2020 Games begin July 24, just two weeks after Wimbledon ends.

Federer won doubles gold with Stan Wawrinka at the 2008 Olympics, when he carried Switzerland's flag in the opening ceremonies. He added a singles silver in 2012.

He also met his wife, Mirka, when both competed for Switzerland in 2000, so the Olympics have always been important to him.

"Naturally it's always going to be a possibility for me to play Tokyo if there is an exemption," Federer said.