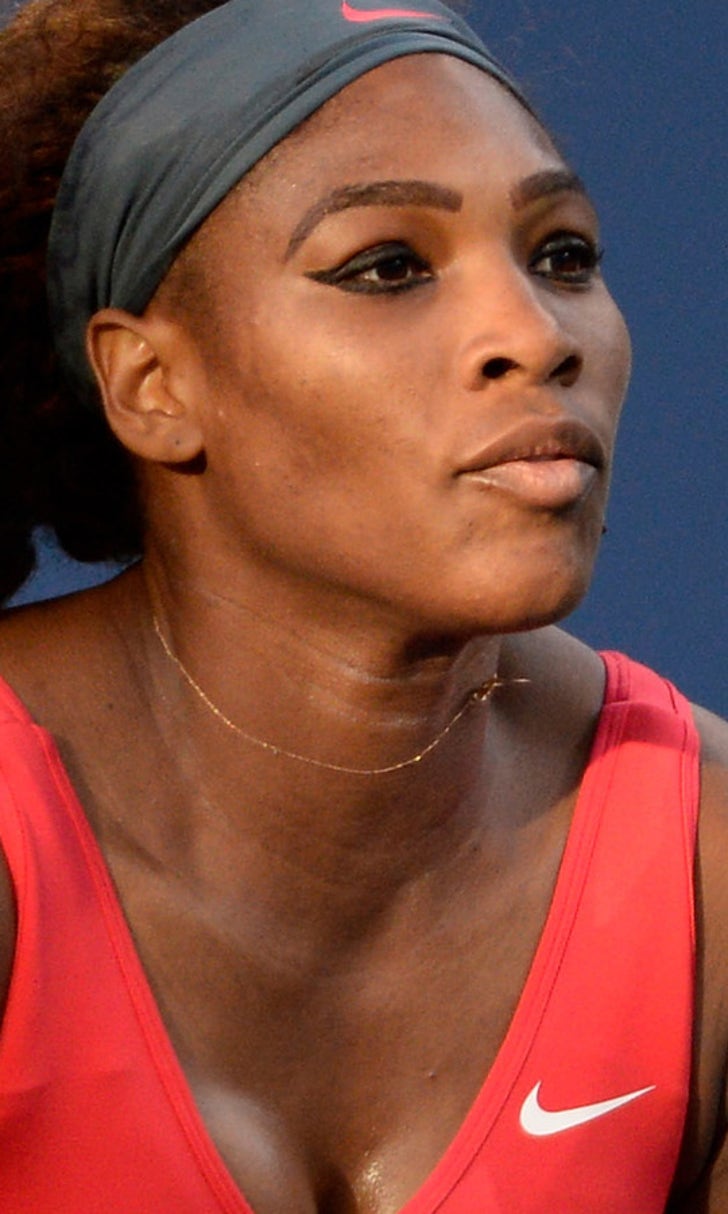 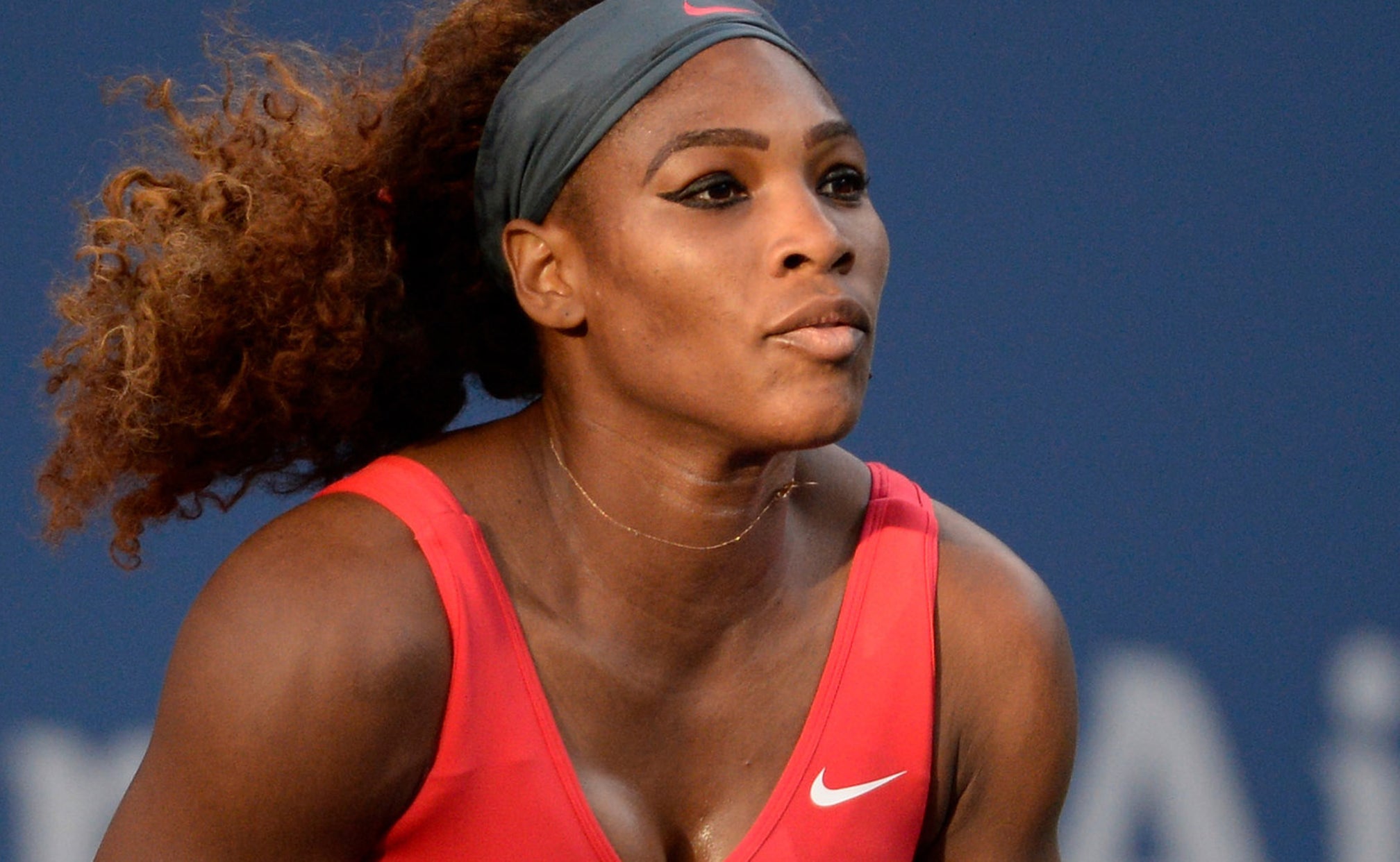 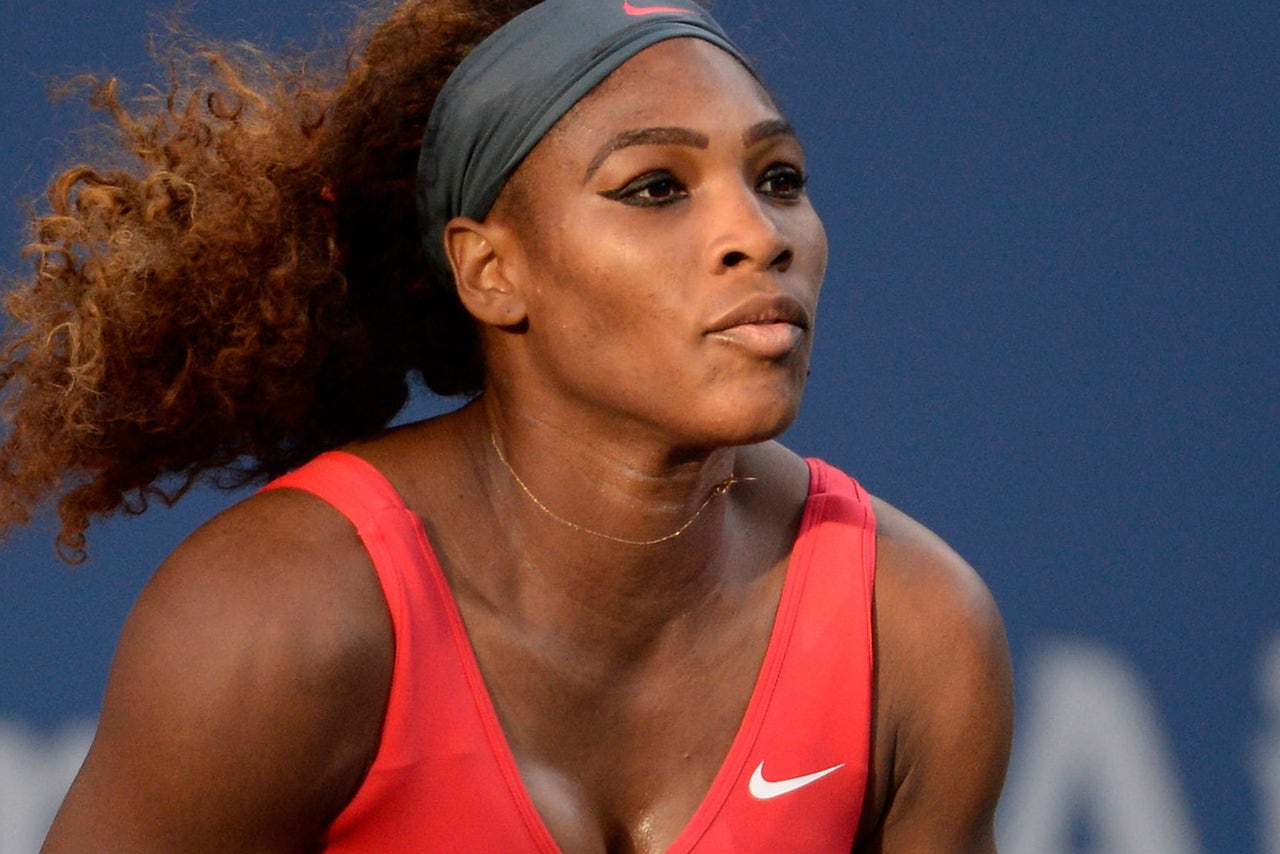 Serena Williams will have to wait before continuing her bid for a calendar-year Grand Slam: Her U.S. Open semifinal was postponed because of rain in the forecast.

The top-seeded Williams was supposed to face 43rd-ranked Roberta Vinci of Italy on Thursday night at Flushing Meadows, but nearly four hours before that match would have started, the U.S. Tennis Association -- citing a prediction of "rain throughout the evening" -- pushed back both women's semifinals until Friday.

When the USTA announced the rescheduling, there were doubles and juniors matches in progress. But the rain did eventually arrive, wiping out play, a little more than an hour before Williams and Vinci were supposed to take the court. It was drizzling at 7 p.m., when that match would have started.

Williams is trying to become the first tennis player since Steffi Graf in 1988 to earn all four Grand Slam titles in a single season. She won the Australian Open in January, the French Open in June and Wimbledon in July.

Now the 33-year-old American has won her first five matches at the U.S. Open, and needs two more victories to add that championship to her 2015 collection.

The other women's semifinal moved to Friday from Thursday is No. 2 Simona Halep of Romania against No. 26 Flavia Pennetta of Italy.

It created a high-profile and packed schedule for Friday, when the men's semifinals already were slotted. In those matches, No. 1 Novak Djokovic meets defending champion Marin Cilic, and No. 2 Roger Federer plays his Swiss Olympic and Davis Cup teammate, No. 5 Stan Wawrinka.

The U.S. Open has a long history of scheduling problems because of weather, including five consecutive men's finals postponed from Sunday to Monday from 2008-12.

As part of a broader, $500 million-plus renovation plan for the tournament site, the U.S. Tennis Association has been constructing a retractable roof over the main court, Arthur Ashe Stadium, that is planned for next year's U.S. Open.

For now, a framework of more than 6,500 tons of steel sits atop that stadium, but the work to install the retractable panels will resume after this year's tournament ends.

Williams vs. Vinci was supposed to be the first women's semifinal Thursday night, followed by the other. 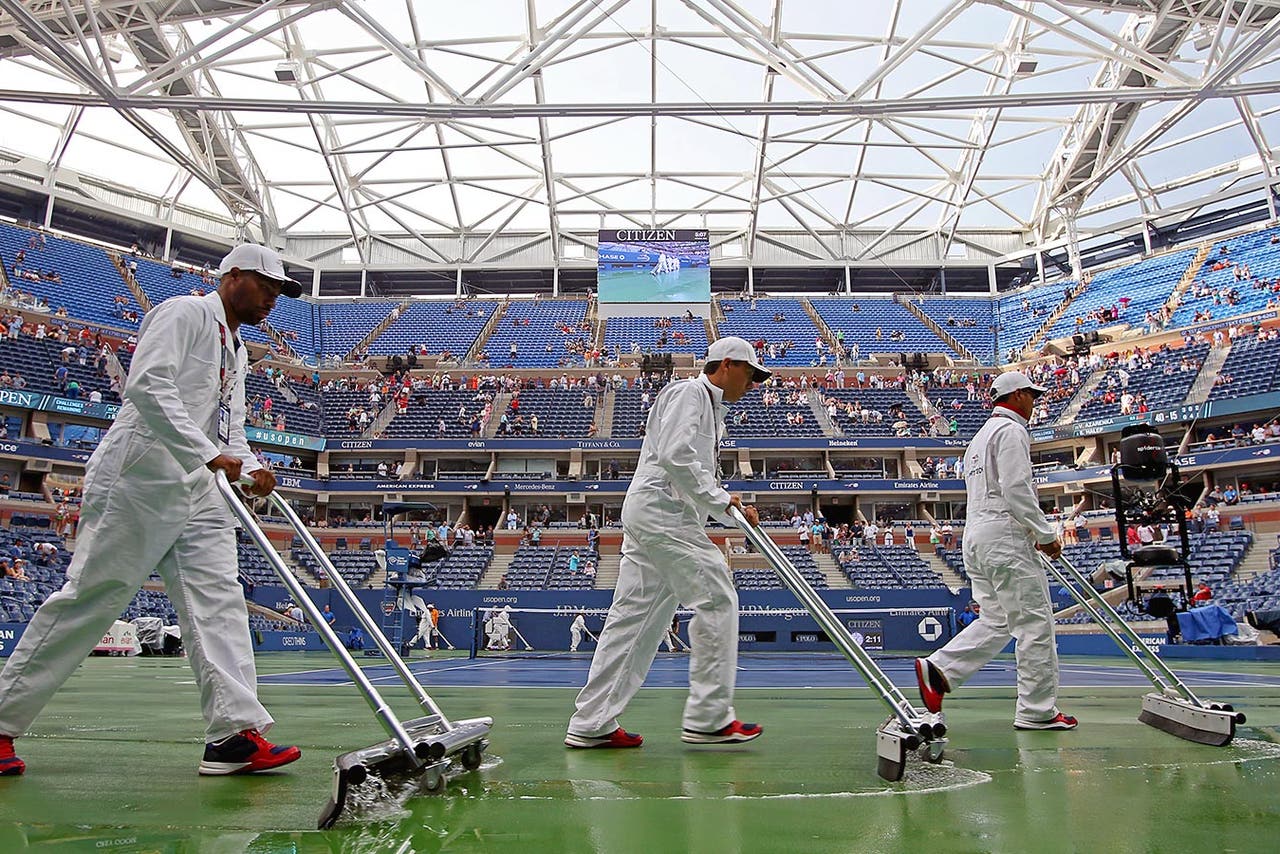 Technicians work to dry the court at Arthur Ashe Stadium on Wednesday as rain suspended the match between Victoria Azarenka and Simona Halep.

Now Halep-Pennetta will begin at 11 a.m. Friday, when the forecast is much more promising. After that, Williams will play Vinci, against whom she is 4-0.

Williams also has enjoyed plenty of success against the women she could meet in the final, should she beat Vinci: 6-1 against Halep, 7-0 against Pennetta.

The men's semifinals will be played afterward, beginning no sooner than 5 p.m., instead of the originally scheduled 3 p.m. First will be Djokovic-Cilic, then Federer-Wawrinka.

It all makes for a lineup similar to the U.S. Open's old Super Saturday schedule, when the men's semifinals and women's final were all played on the next-to-last day of the tournament.