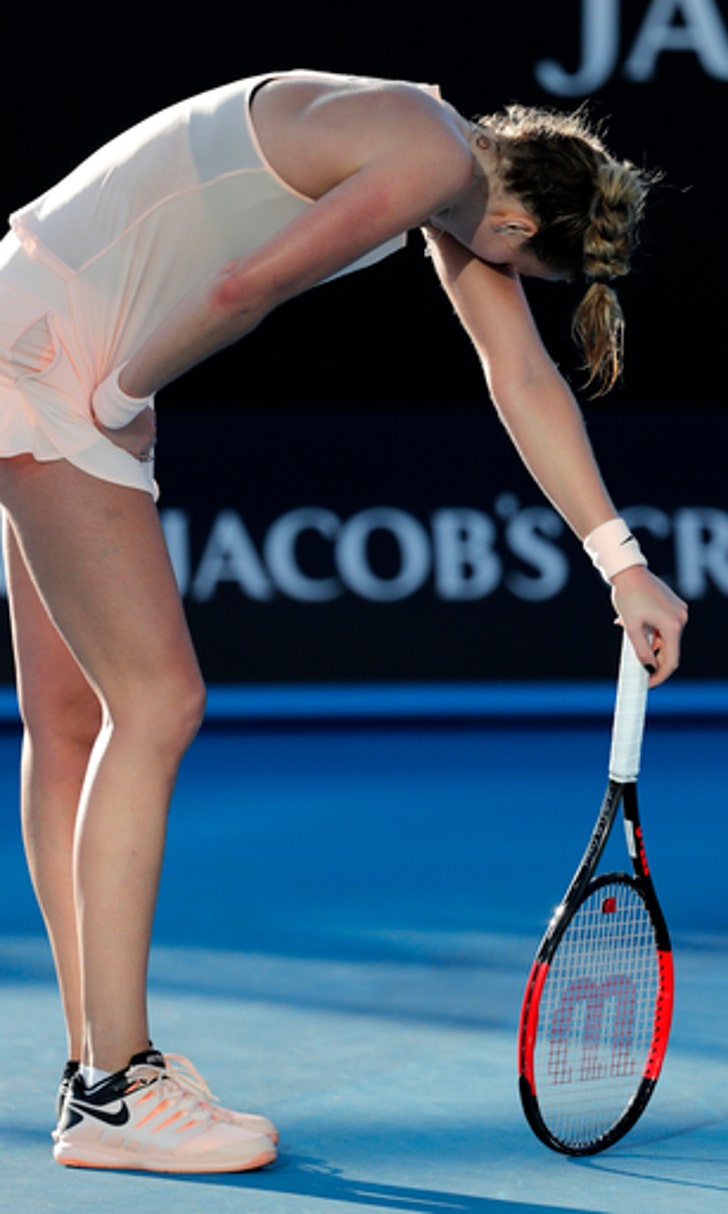 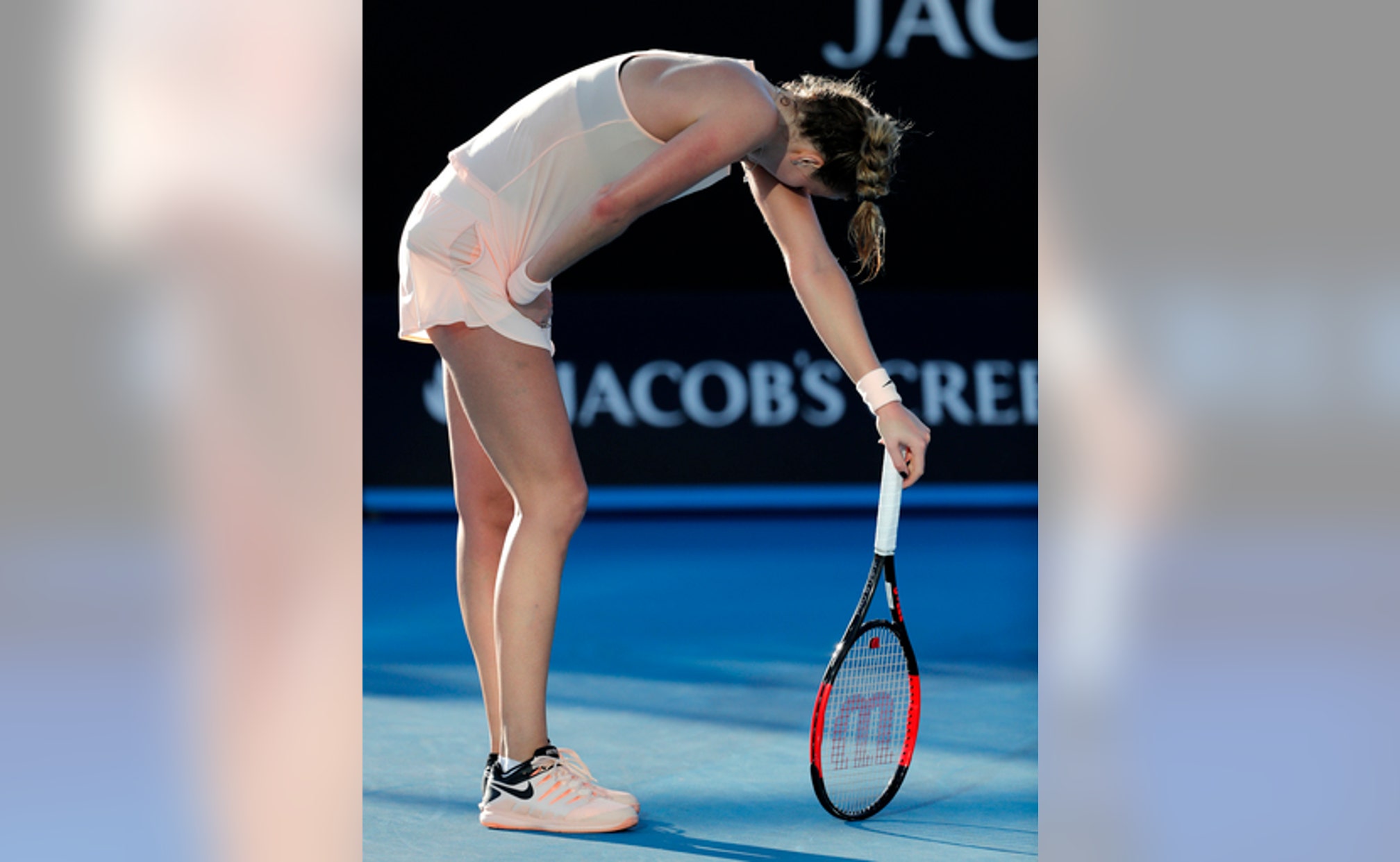 MELBOURNE, Australia (AP) A year ago Petra Kvitova was recovering from a knife attack at her home in the Czech Republic, unsure if she'd ever play tennis again.

Any wonder that on her return to the Australian Open - a tournament she missed last year because of the December 2016 attack - that a 6-3, 4-6, 10-8 first-round loss to Andrea Petkovic didn't really bother her in the overall scheme of things.

At the end of their match on Tuesday at Show Court 2, Kvitova was in tears, but not for any bad reason.

''I was able to play anyway,'' said Kvitova, a two-time Wimbledon champion. ''I felt support during the match. It made me cry when I left the court, when I heard those people supporting me. So it was great.''

What wasn't so great was some of the errors she made when so close to clinching a win. Instead Petkovic evened their lengthy head-to-head career matches at 5-all.

Kvitova, the 27th seeded player here this year, double-faulted on a match point, two points after hitting a half-court volley into the net. She had earlier saved three match points in the 10th game of the final set.

''Unfortunately it was me who lost,'' she said. ''I was really fighting in the second set when I broke her. In the third set, I served for a few match points, then I had like twice to serve it out.''

Before the tournament, Kvitova told Australia's PlayersVoice of the difficulties she had recovering from the surgery on her left playing hand. And how it became much more difficult when the new season began with the first Grand Slam in Melbourne last year.

''It was a deeper feeling than I thought it would be. I missed the Australian Open last year. I missed Australia,'' she wrote.

She wouldn't return playing until the French Open, where, she said, most of the players ''hugged me, most of them cried, so it was very nice to see that we are all like a family.'' She lost in the second round there.

She later won a title at a grass-court tournament in Birmingham, England and reached the U.S. Open quarterfinals.

Throughout it all, there were bad memories of the knife attack.

Kvitova had been looking forward to being in Melbourne for the season-opening Grand Slam. She was a semifinalist in Australia in 2012 and also made the quarterfinals in 2011.

''For me, I think the Australian Open is on second place after Wimbledon - maybe the equal. I love the place, I love the people, I love playing here. It's a little bit different compared to Wimbledon, but both of the places have some magic,'' she wrote.

On Tuesday, the fans and tennis community returned some of that love.

''It meant a lot, for sure ... I felt it during the match, as well, the support,'' she said after the match. ''I heard some Czech voices, as well. When I was leaving the court, I really felt it, it caught me a little bit, the emotions.

''I was pretty happy in the end. I'm glad that I'm still able to play tennis. That's important.''