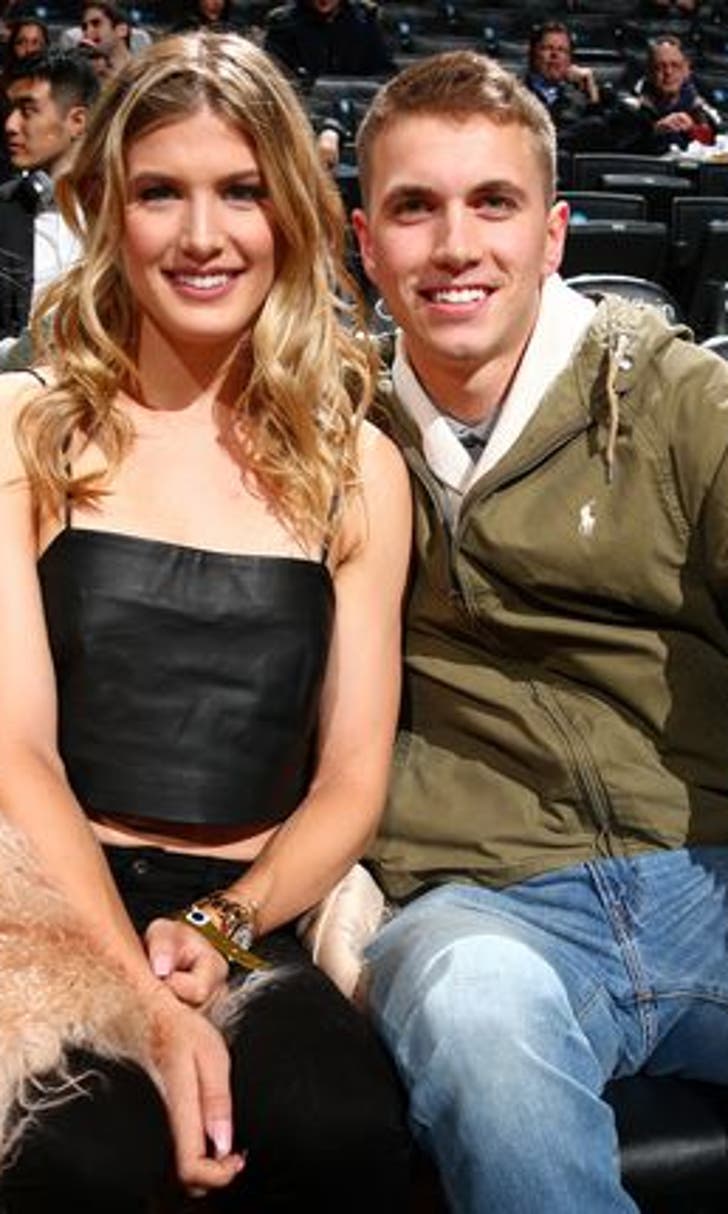 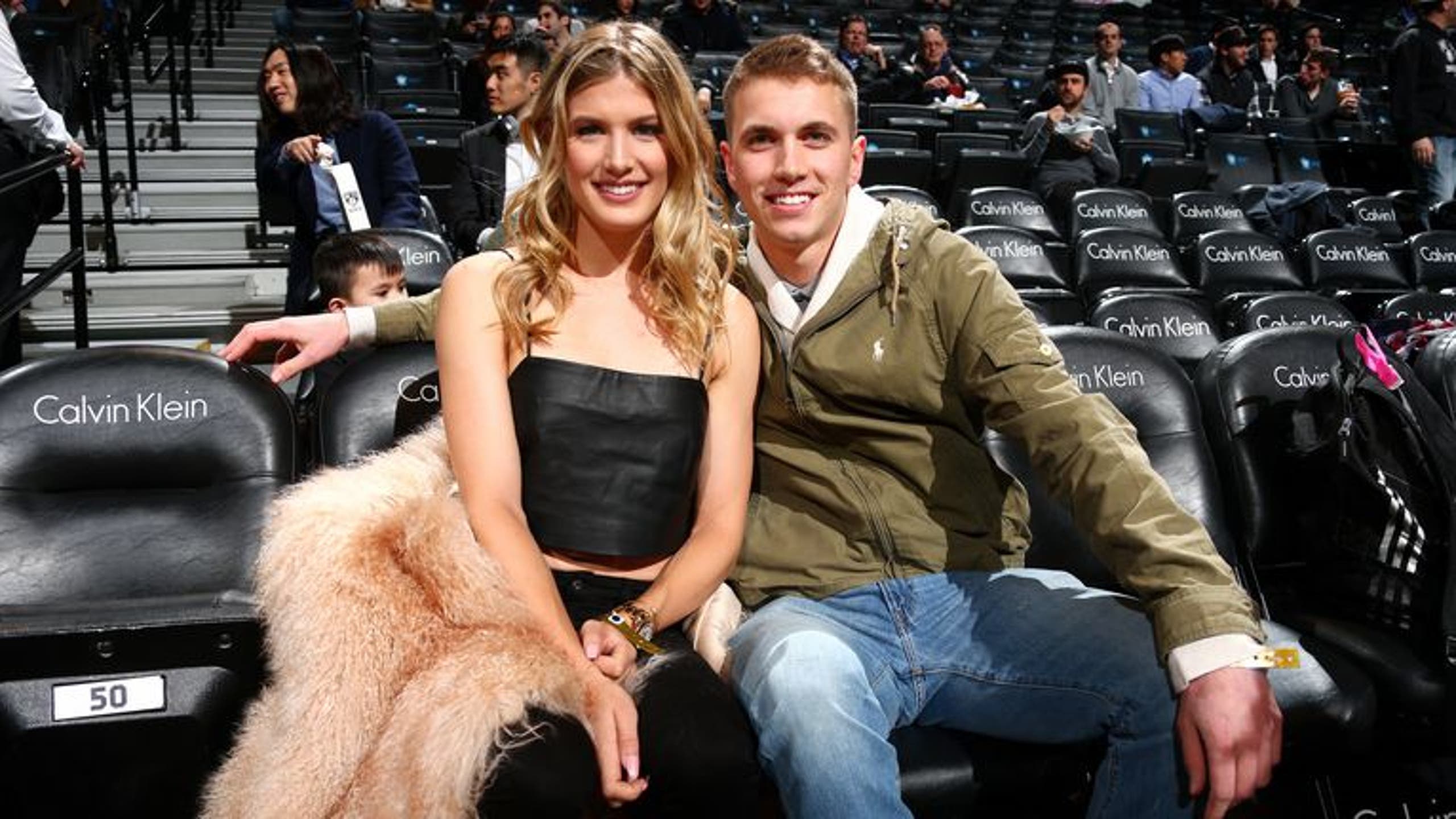 Q&A with John Goehrke, the kid who scored the internet's most famous date of 2017 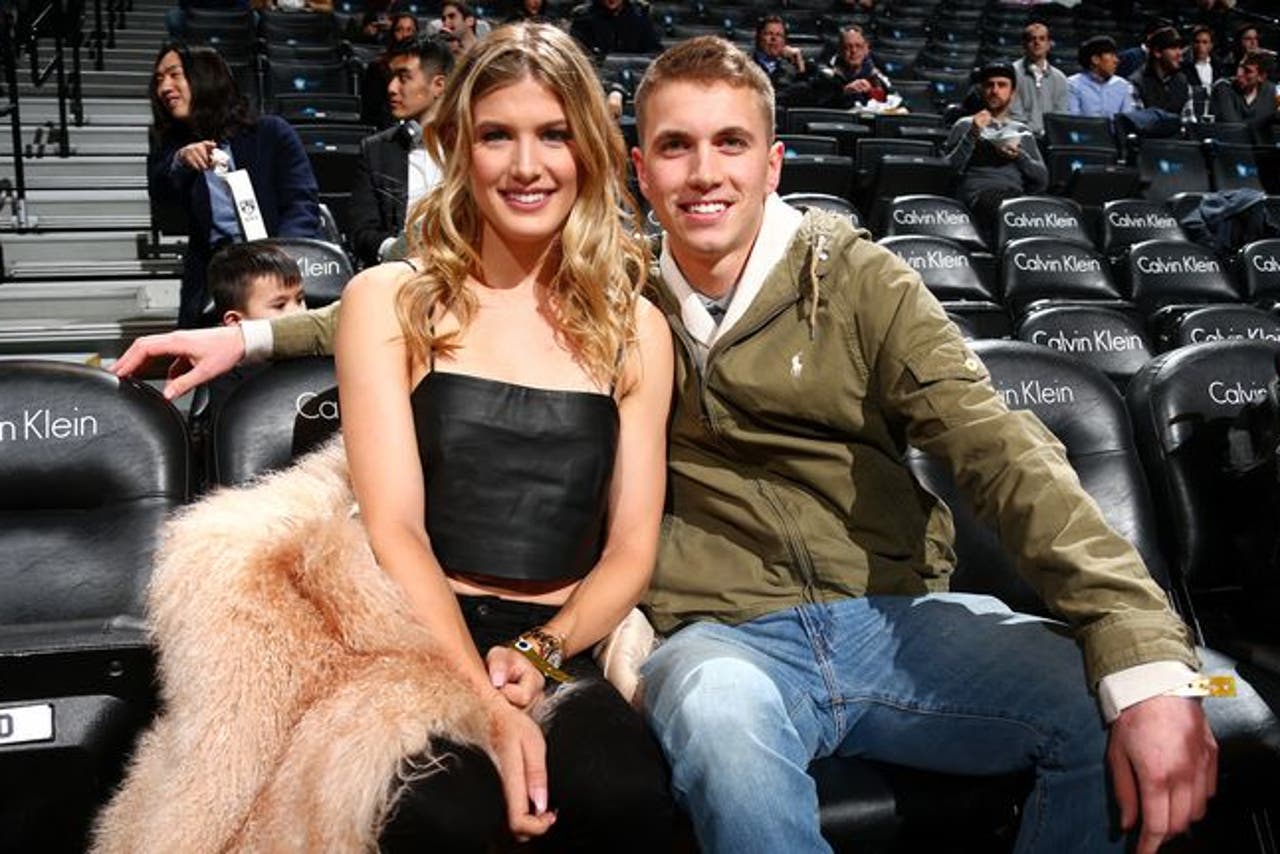 Bouchard made good on her promise, and set up a date at the Brooklyn Nets game on Wednesday night:

If this story doesn't make you believe in the "Shoot your shot, no matter what" philosophy of living life, nothing ever will. Goehrke spared a few minutes of his time to speak with me about how it all went down, what actually happened and what's on deck — the interview is transcribed below:

FOX: First of all: what on earth gave you the courage to ask this at THIS time and not a different situation in the past?

Goehrke: At the time it didn't seem like a crazy, bold thing to do. For one I didn't think she would actually respond and also probably because it was such a long shot at the time. But I didn't even think twice about it once I got the idea.

FOX: In two words or less: give me your reaction the moment she responded saying the bet was on...

FOX: Did you think she was actually going to follow through with it after the Pats finished off the comeback?

Goehrke: Once the Patriots started to come back the whole situation got more and more attention and the more attention it got I felt like that gave me a better chance of having her go through with it just because now everyone had witnessed her agree to it.

FOX: Fair enough. Now take us through the process of making the date actually happen; how did she contact you? What was the introduction like? Were there any ground rules before she even offered her proposal?

Goehrke: She messaged me on Twitter last week just saying hi and everything, she gave me her agent's contact and I called him. When I called him they had already had this idea and her just confirmed with me whether I could make it work. So I worked with him the next couple of days getting my flights and hotels figured out, which she was nice enough to pay for.

FOX: OK so you arrive in NYC, get put up, have courtside tickets waiting for you -- what was the game plan for when she arrived? You only get one chance to make a first impression.

Goehrke: Yeah, so I got a ride over to her hotel and had one NBA media member in the car with me. When we got there he did a quick interview with me and then went upstairs and interviewed her before she came down. Then she came down and we met, I gave her a hug and said hi and gave the gift I had brought and then we walked out to the car and left for the game.

FOX: What was the gift and what made you think she'd like it?

Goehrke: Tiffany earrings. They had "Tiffany New York" on them which I thought was a cool touch because we had our date in New York

FOX: NOW WE'RE COOKING WITH GAS, JOHN. So we make it into the arena, do all of the interviews, sit in the seats, and now the date is on. Would you let us be a fly on the wall and highlight some of the things you guys talked about? How did you kill the 2.5 hours other than just watching the game?

Goehrke: We talked about a variety of sports things and then we talked about what we were thinking on our side while this whole thing was going down. I kept telling her how amazed I was that she agreed to this without a picture or any info on me and she was happy that I ended up being "normal" haha

FOX: At some point, the game has to end and any "normal" person is thinking about the after-party or nightcap before it's too late. How did that play out? Did she just drop you off at the hotel after? Did one of you propose postgame drinks somewhere? Did you shoot your shot?

Goehrke: We drove back to hotel and talked and hung out for a minute before leaving. I was satisfied that she agreed to a second date, so I was thrilled. We took pictures out front and she had me kiss her on the cheek for the last pic so I thought that was a good way to end the night.

FOX: Not worried about the hockey player she's cuddling with in her Instagram photos knocking on your door with a baseball bat?

Goehrke: At this point I'm just trying to make a second date happen and we can worry about that later

FOX: You know what they say: when in the ring, defend yourself at all times. What's the next move: are you waiting for her to text you with details of the second date? Are you guys talking/texting since she got back in the car after the game? Pretty much: without blowing up your spot, where is the ball right now and what side of the court is it on?

Goehrke: I'd say the ball is in her court at this point regarding the second date. I have texted her since I left. But yeah I'm gonna try to make a second date happen, I think that would be really fun and give us a chance to really get to know each other.

FOX: Last question, what is your advice to all the kids out there who are trying to outkick their coverage and score a date with a celebrity?

Goehrke: My advice is never hesitate to go for it. The worst that could happen in my situation was that she didn't respond, so why not!