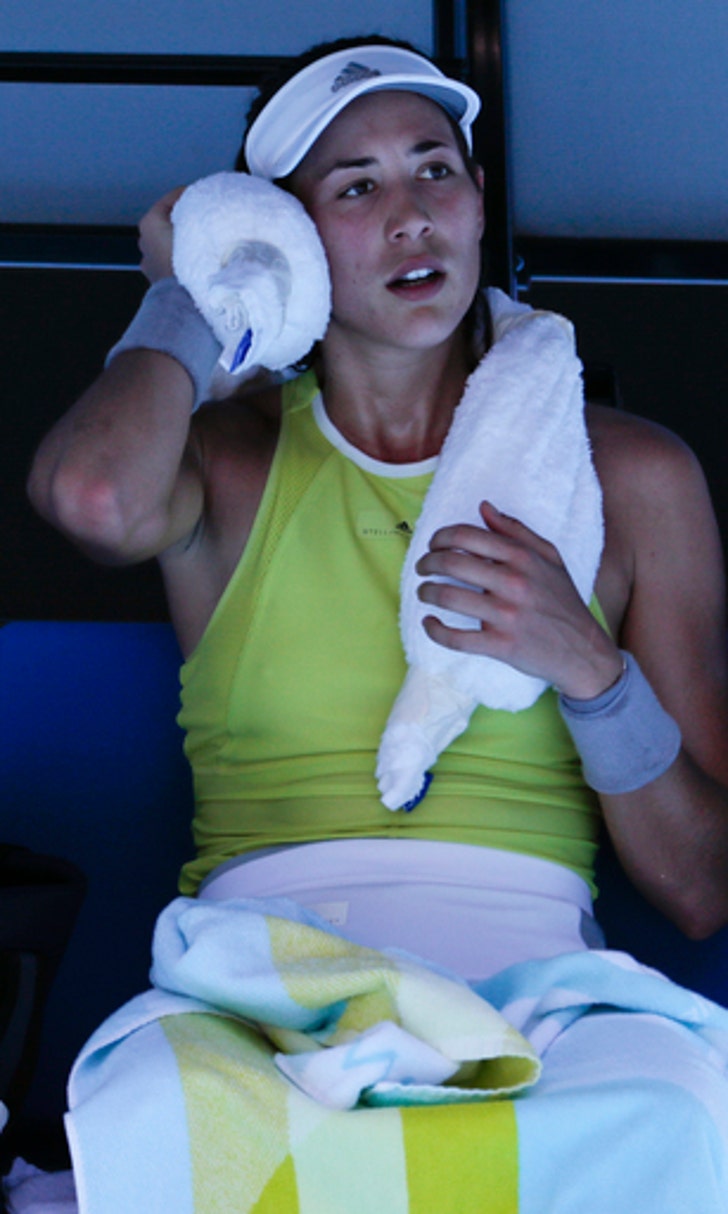 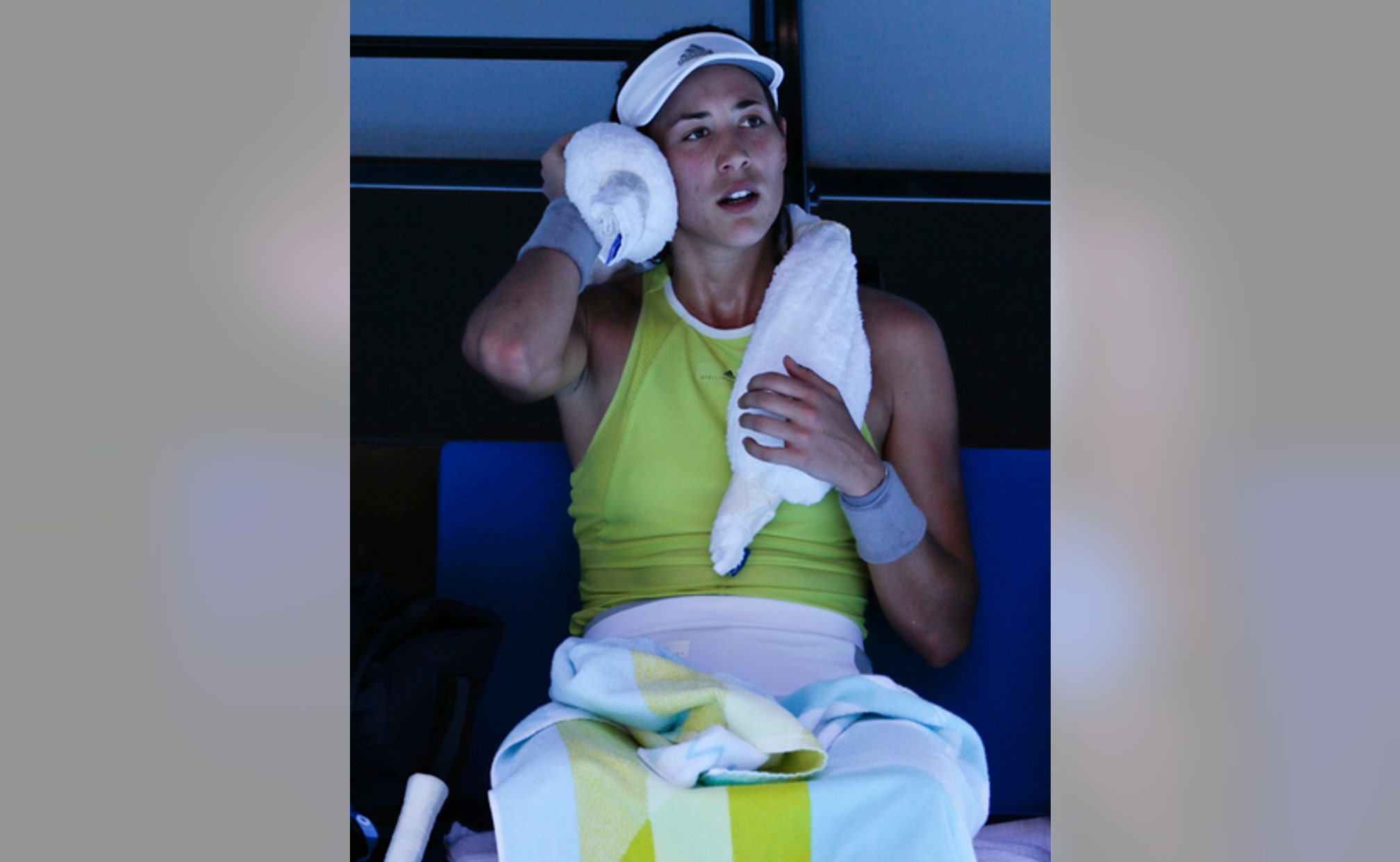 MELBOURNE, Australia (AP) Some weary players sat shirtless on changeovers, ice-filled towels draped around their necks. Others retreated to any bit of shade they could find on court and sought treatment for blistered feet and heat stress.

Temperatures soared to 40 degrees Celsius (104 Fahrenheit) as the start of an expected heat wave hit the Australian Open on Thursday, bringing misery to players unfortunate enough to have their matches scheduled during the day session and keeping many spectators away.

''I didn't expect to play this kind of match,'' a thoroughly exhausted Juan Martin del Potro said after beating Karen Khachanov in a nearly four-hour, second-round match. ''I prefer to watch on TV. Or stay on the beach, drinking some beer.''

Scorching temperatures are common at the Australian Open - so much so the tournament has an extreme heat policy that allows for the referee to close the roofs on the three main show courts and suspend play on the outer courts when temperatures surpass 40 Celsius.

Matches weren't halted Thursday as the highs stayed just below 40 Celsius for much of the day, but that doesn't mean the heat didn't cause issues for the players.

Gael Monfils, for one, staggered through a good portion of his second-round match against Novak Djokovic, bending over repeatedly to catch his breath between points and at one stage returning to the comfort of his shaded chair without even attempting to return Djokovic's serve.

Afterwards, he called the conditions ''risky'' for the players, especially with the new rule restricting the time between points to 25 seconds.

''I get super dizzy. I think I have a small heat stroke for 40 minutes,'' said Monfils, who is considered one of the fittest players on tour. ''At that time, the officials have to make a move. Maybe wait a little bit, whatever, five minutes between the set. Maybe they have to do small adjustment.''

Djokovic agreed, describing the conditions ''brutal'' and some of the toughest he's ever played in.

''There are certain days where you just have to, as a tournament supervisor, recognize that you might need to give players few extra hours until (the temperature) comes down,'' he said. ''I understand there is a factor of tickets. If you don't play matches, people will be unhappy.''

But he said the conditions were at the point where it becomes a ''danger in terms of health.''

There were no retirements due to the heat on Day 4, however, and some players were even unfazed by the conditions.

Taiwan's Hsieh Su-wei saw the heat as a benefit in her second-round upset of Wimbledon champion Garbine Muguruza.

''I know the weather is going to be a little bit tough today,'' she said. ''I was thinking, `Ah, I'm from Asia. I maybe can handle it better than other girls.'''

Muguruza did have to stop at one point to wrap her feet to prevent blistering from the hot court.

As for recovery, nearly every player mentioned taking an ice bath, but Hsieh had a different approach. ''Acupuncture,'' she said. ''Not my favorite ... but it helps a lot. And also do the massage. And eat some nice food.''

With the weather expected to be hotter on Friday, with highs of 42 Celsius (108 Fahrenheit) in the forecast, Monfils had a message for players scheduled to be on court.