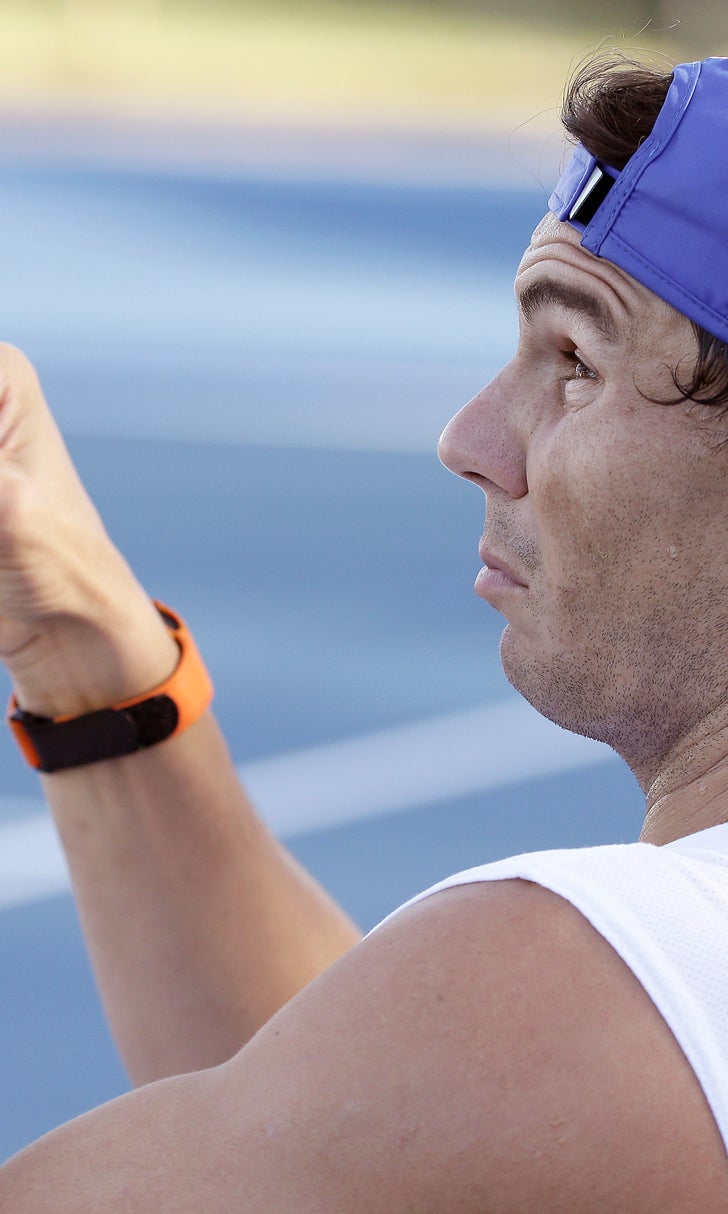 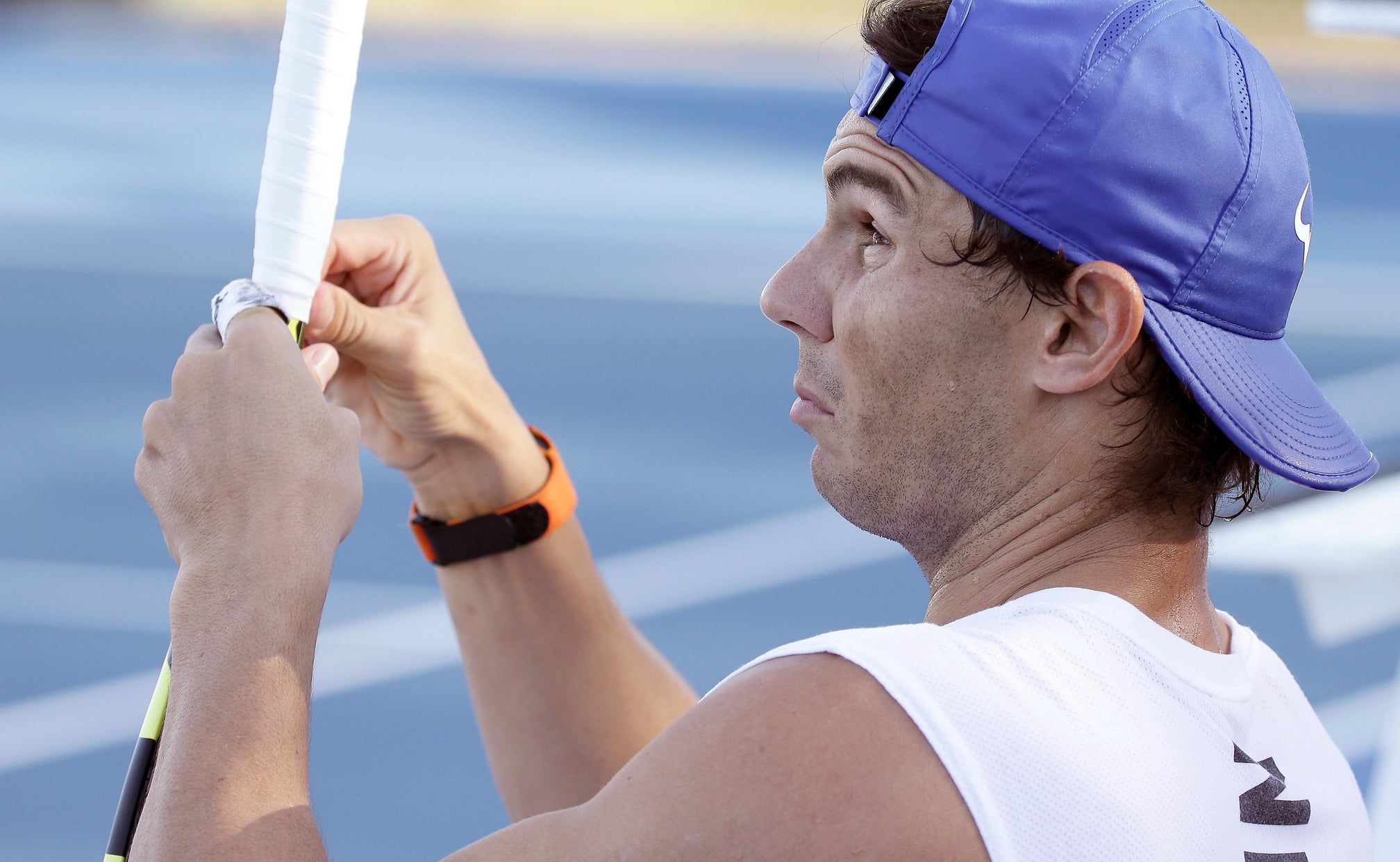 Nadal withdraws from Brisbane because of thigh strain

BRISBANE, Australia (AP) — Rafael Nadal pulled out of the Brisbane International on Wednesday to focus on being ready for the Australian Open, which will be his first competitive tournament since a knee injury forced him to retire from the U.S. Open semifinals in September.

The second-ranked Nadal, who cited a strained muscle in his left thigh for his withdrawal, still thinks he can add to his 17 major titles by the end of the month.

Nadal had an MRI and said medical experts in Australia and Spain told him that playing competitively this week would heighten his risk of a more serious injury.

"I tried to play and I still wanted to play but the two doctors from here and the doctors from my confederation in Spain tell me ... if I play here, there is a risk to don't have the chance to play Melbourne," Nadal said. "Everybody is telling me that it's not a good idea to increase the possibility to make the strain a bigger problem.

"I feel that I can give a good level of tennis, but I can't do my 100 percent. So if I don't play here, I probably secure that I'm going to be 100 percent ready for Melbourne."

Taro Daniel, a lucky loser from qualifying, will take Nadal's place in the Brisbane International draw and will play Jo-Wilfried Tsonga in the second round.

The Australian Open, the first Grand Slam tournament of the year, starts Jan. 14 at Melbourne Park. Nadal had to retire in the fifth set of his quarterfinal match against Marin Cilic at last year's Australian Open and he said earlier this week that he is changing his approach this season.

Despite the retirements that bookended his 2018 season, Nadal finished with a 45-4 win-loss record and won five of the nine tournaments he entered, including the French Open.

With that kind of success, he said, he decided to focus on quality performances rather than quantity of matches and that means not playing with niggling injuries.

"(In the past) I felt that I needed matches and time to be ready to compete at a good level," he said, but that's "not the situation today."

"I showed myself that I can be playing very well without competing for a while. And I'm going to work as hard as I can, and I'm going to play and practice with the highest tactical possible to be 100 percent ready for Melbourne. For me it's a big goal to be ready for there and I'm going to fight for it."

And that means he plans to go into the first major of the year with only one exhibition match and a Fast4 appearance on top of his training program.

"It's a waste to damage my body for one month if I keep playing here," said Nadal, who has spent lengthy periods on the sidelines because of injuries during his career. "After all the things that happened to me, probably I am not ready to assume that waste."

Nadal said he had been able to practice confidently since ankle surgery at the start of November, and felt better now than he did at this time last year when he had less time to prepare and was coming off a longer injury-enforced break.