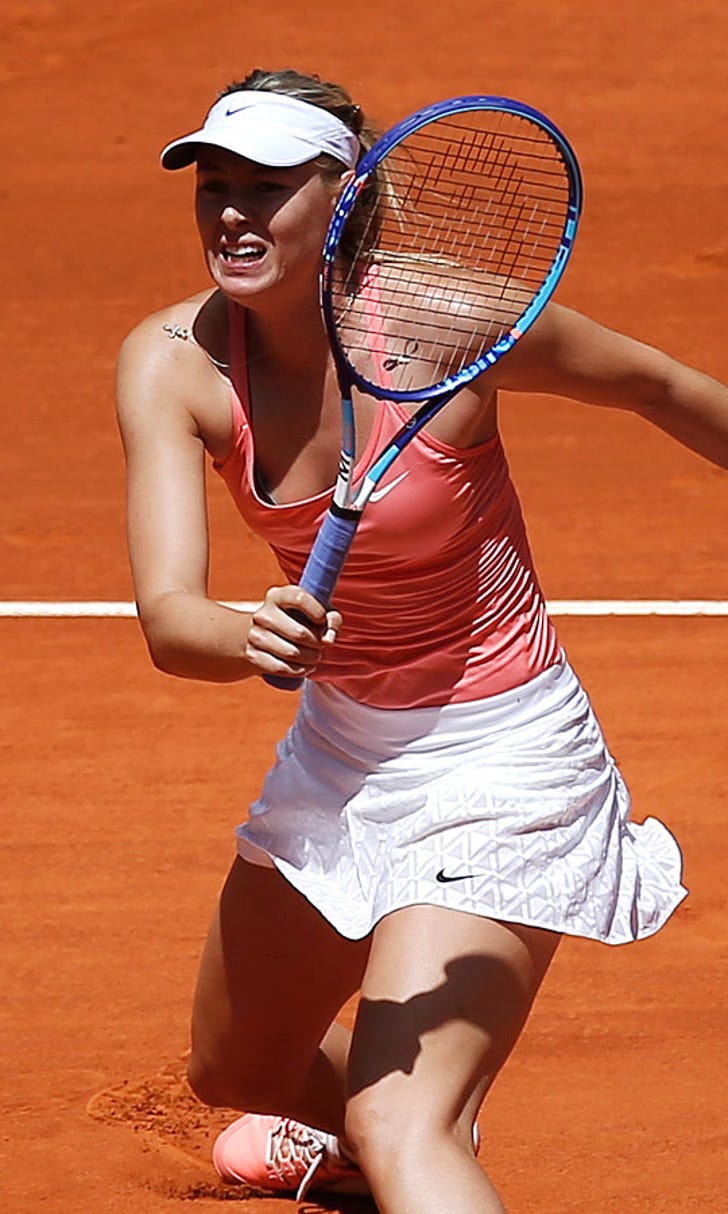 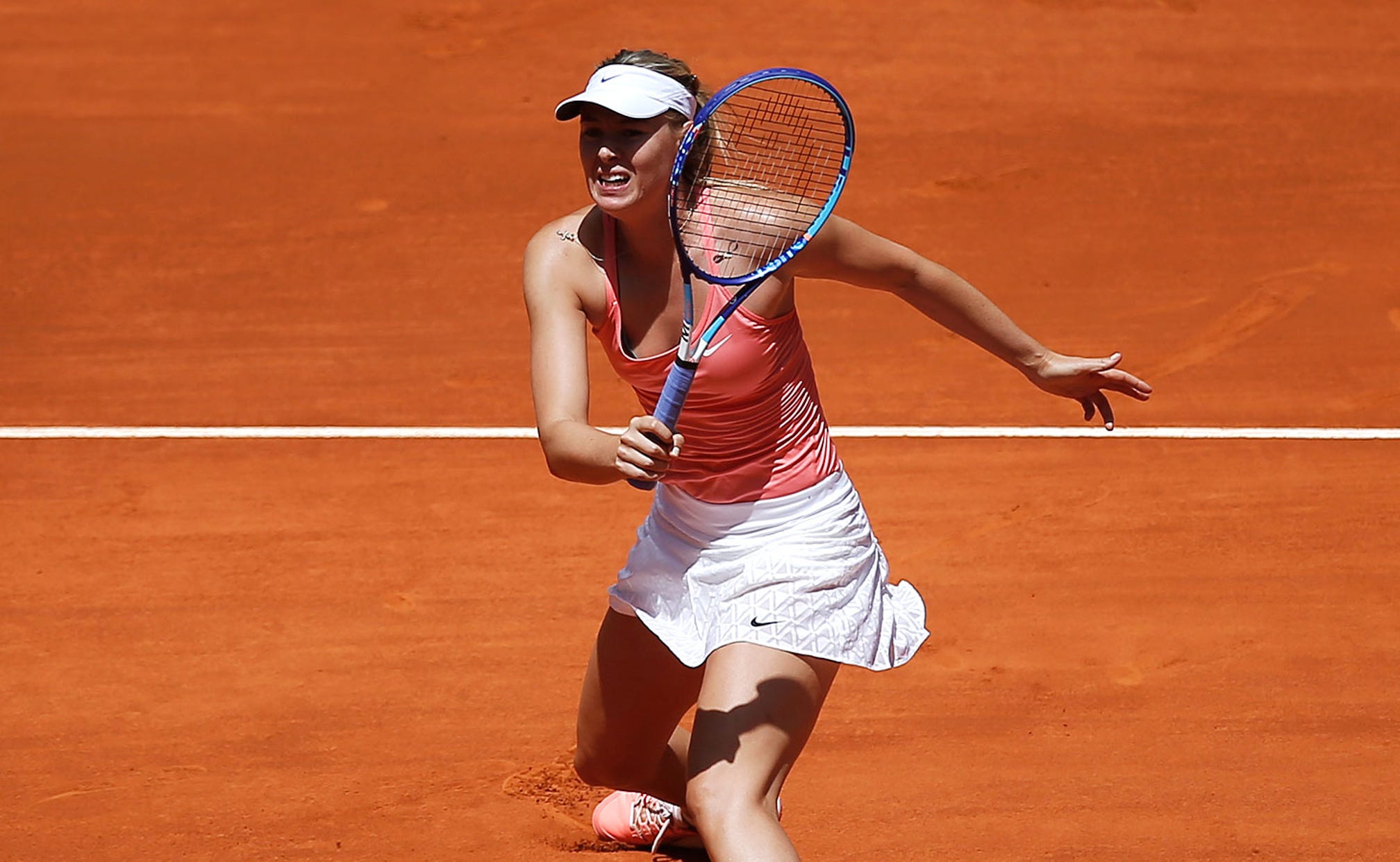 Maria Sharapova rolls to third round of Madrid Open

Maria Sharapova advanced to the third round of the Madrid Open by beating Mariana Duque-Marino of Colombia 6-1, 6-2 on Tuesday.

The third-seeded Russian and defending champion broke Duque-Marino's serve four times while saving three break points on her own serve.

"She is someone who, if you give her time, creates angles, slices and usually drop-shots a lot more than she did in this match because she has the hands and the ability to do so," Sharapova said.

Sharapova's next opponent will be Caroline Garcia of France, who beat the 14th-seeded Karolina Pliskova of the Czech Republic 6-2, 4-6, 6-1.

Anastasia Pavlyuchenkova of Russia rallied in a hard-fought second set to beat Sara Errani of Italy 3-6, 7-6 (7), 6-4.

Raonic is enjoying a career-high ATP ranking at No. 6 and arrived in Madrid after reaching the quarterfinals or better in nine of his last 12 Masters tournaments.

Also, 10th-seeded Grigor Dimitrov of Bulgaria advanced after Donald Young of the United States had to retire from the match because of injury.

The 25-year-old Young received treatment for back pain while trailing 6-4, 3-0 and was unable to resume play.

Dimitrov will next face Fabio Fognini of Italy.

Nick Kyrgios of Australia reached the second round by beating Daniel Gimeno-Traver of Spain 6-2, 6-3.

Kyrgios was beaten in the final of the Estoril Open two days ago by Richard Gasquet, and also lost his status as ATP's highest-ranked teenager because he turned 20 that day.

Argentina's Leonardo Mayer beat Gilles Muller 6-3, 6-3 and Roberto Bautista Agut of Spain advanced to the second round with a 7-5, 6-3 victory over Marius Copil.

Jack Socks of the United States will meet Tsonga in the second round after beating Spain's Pablo Andujar 6-4, 7-5.

On the practice courts, second-seeded Andy Murray could be seen getting used to the ball's bounce in Madrid's altitude and warm, dry conditions a day after clinching his first career clay court title in at a cold and damp Munich Open.