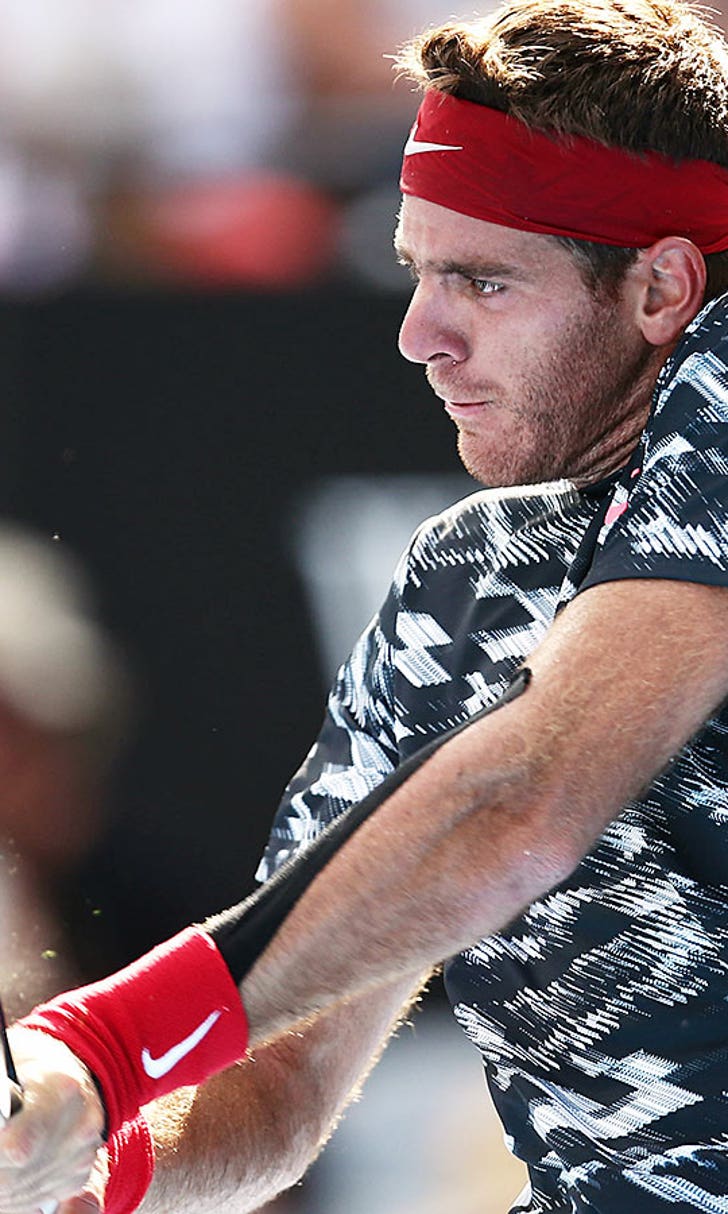 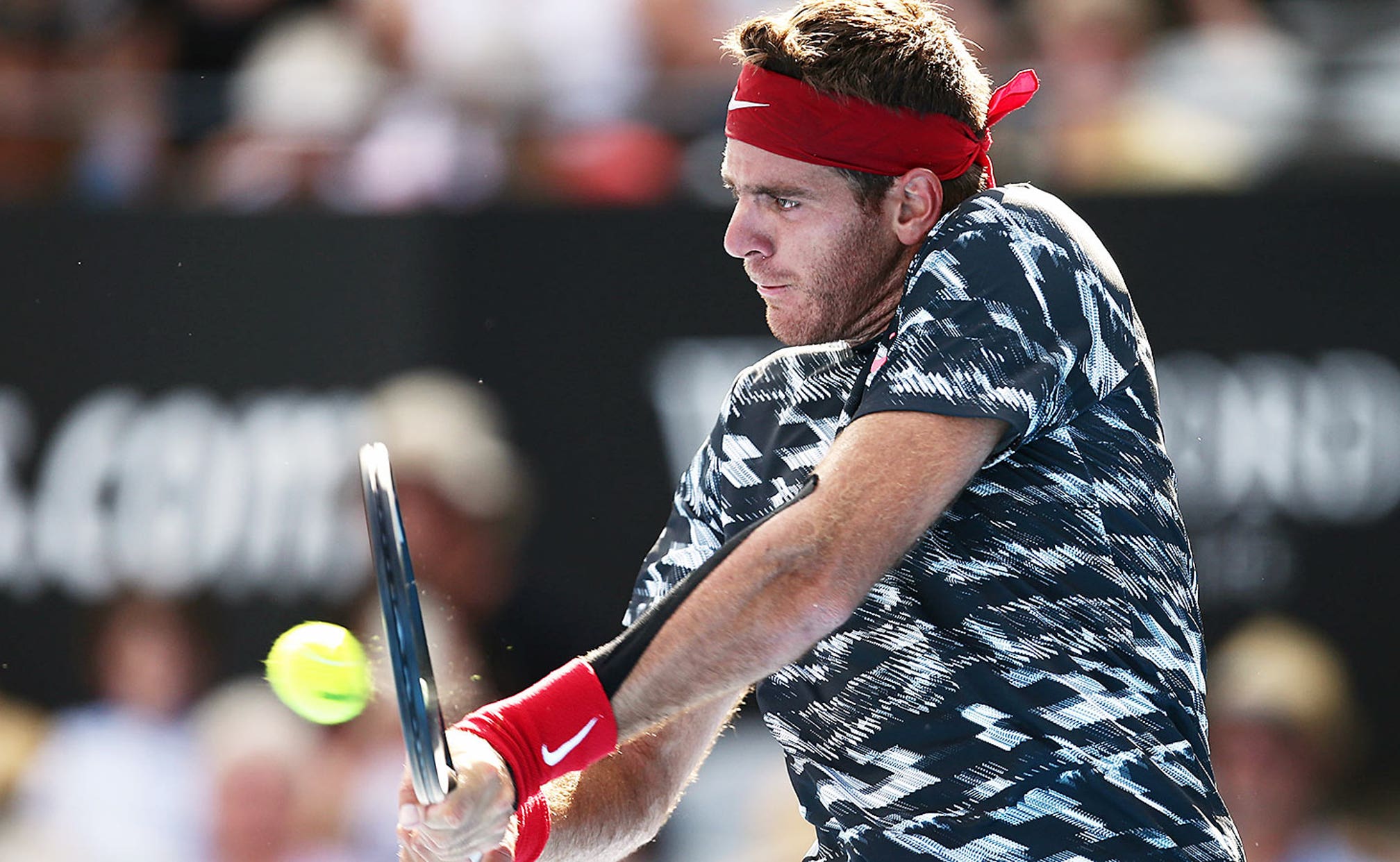 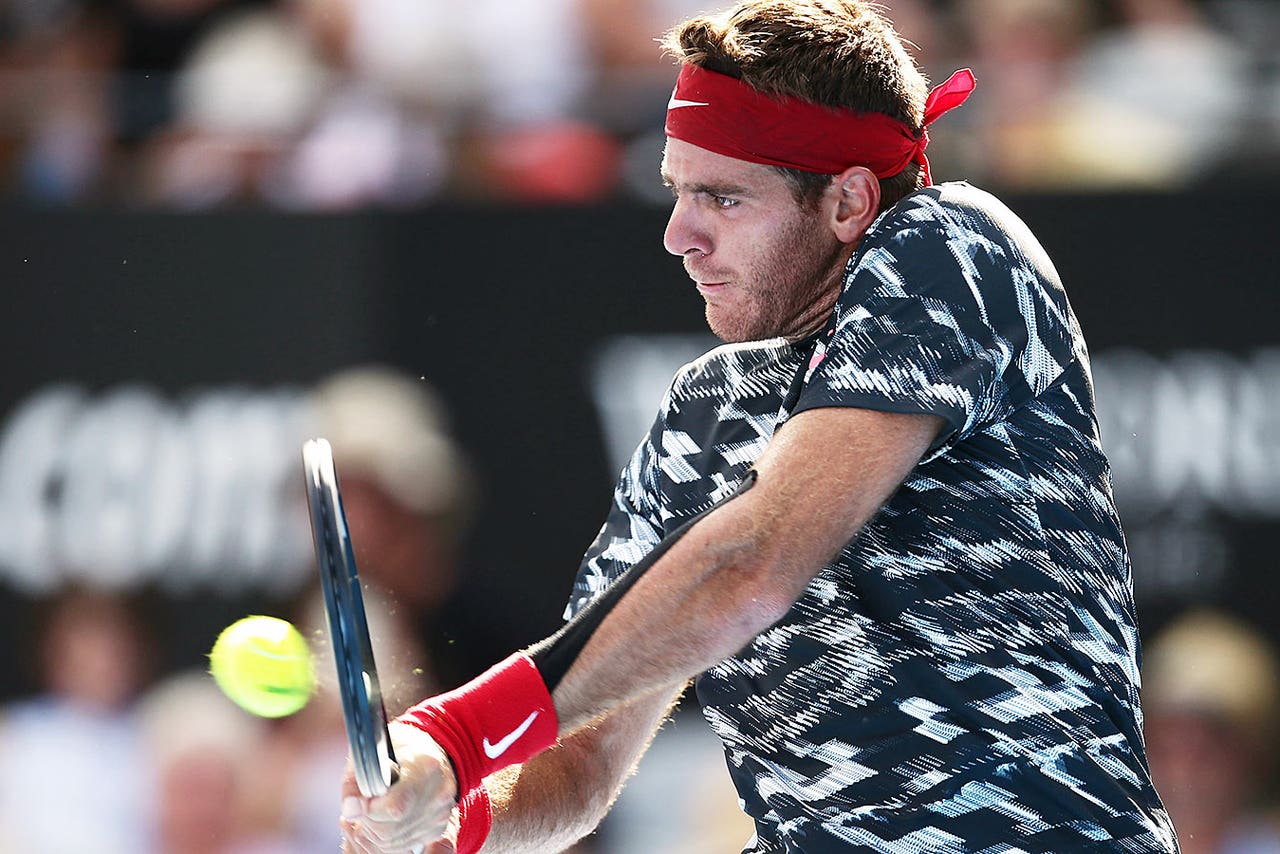 Juan Martin Del Potro continued his promising return from an 11 months injury layoff by beating top seed Fabio Fognini 4-6, 6-2, 6-2 on Wednesday to reach the quarterfinals of the Sydney International.

The second-round triumph over Fognini further demonstrated the Argentine's return to top form ahead of next week's Australian Open.

The former No. 4 needed a wildcard to gain entry to the main draw as his world ranking had dropped to 338 during his lengthy absence. He showed the benefit of concerted preparation by beating Fognini in 1 hour, 48 minutes.

Former U.S. Open champion Del Potro needed treatment from the courtside trainer during the first set. He has said he still suffers wrist pain and his injury constrains his two-handed backhand.

But he grew in confidence and precision as the match progressed, serving 11 aces and winning 80 percent of points when his first serve was in play.

On the women's side, defending champion Tsvetana Pironkova beat Barbora Zhalavova Strycova 6-4, 6-1 to stay on track to win the tournament for the second-straight year as a qualifier.

A high rate of attrition among seeded players has continued at the ATP Tour's Heineken Open in Auckland. Fifth seed Tommy Robredo of Spain on Wednesday became the fourth seeded player to withdraw from the tournament without hitting a ball.

World No. 17 Robredo, who had a first round bye, pulled out of his second round match against New Zealand's Michael Vensu with a hip injury, saying there was a "little bit" of doubt about his fitness for the Australian Open.

"I arrived here on Friday, my intention was to play here and prepare myself for a great tournament," Robredo said. "Two days ago I was in the gym working hard and then practicing and suddenly I felt something in my adductor (muscle).

"I have been one and a half days without practice and trying to recover to play here but I'm not ready to play a match."

On court, second seed Ernests Gulbis of Latvia lost 2-6, 6-3, 6-1 to qualifier Jiri Veseley of the Czech Republic while third seed Robert Bautista Agut of Spain retired while trailing France's Adrian Mannarino 6-4, 2-1 in his second round match with an unspecified injury.

Sixth seed Santiago Giraldo of Colombia and seventh seed Guillermo Garcia-Lopez of Spain were both beaten in the first round.

"I felt I returned really well today," Anderson said. "I was pleased with the way I hit my backhand.

"My opponent hit the big ball and didn't give me a lot of time so I thought I played defense well too."

At the Kooyong Classic in Melbourne, defending champion Kei Nishikori of Japan struggled in the first round before subduing Australian youngster Jordan Thompson 6-4, 3-6, 7-6 (4). Fernando Verdasco of Spain beat Gilles Simon of France 6-2, 7-6 (3) and Alexandr Dolgopolov of Ukraine defeated Filip Krajinovic of Serbia 6-4, 6-3.

No play was possible at the WTA Tour's Hobart International because of rain storms which drenched the Tasmanian capital.