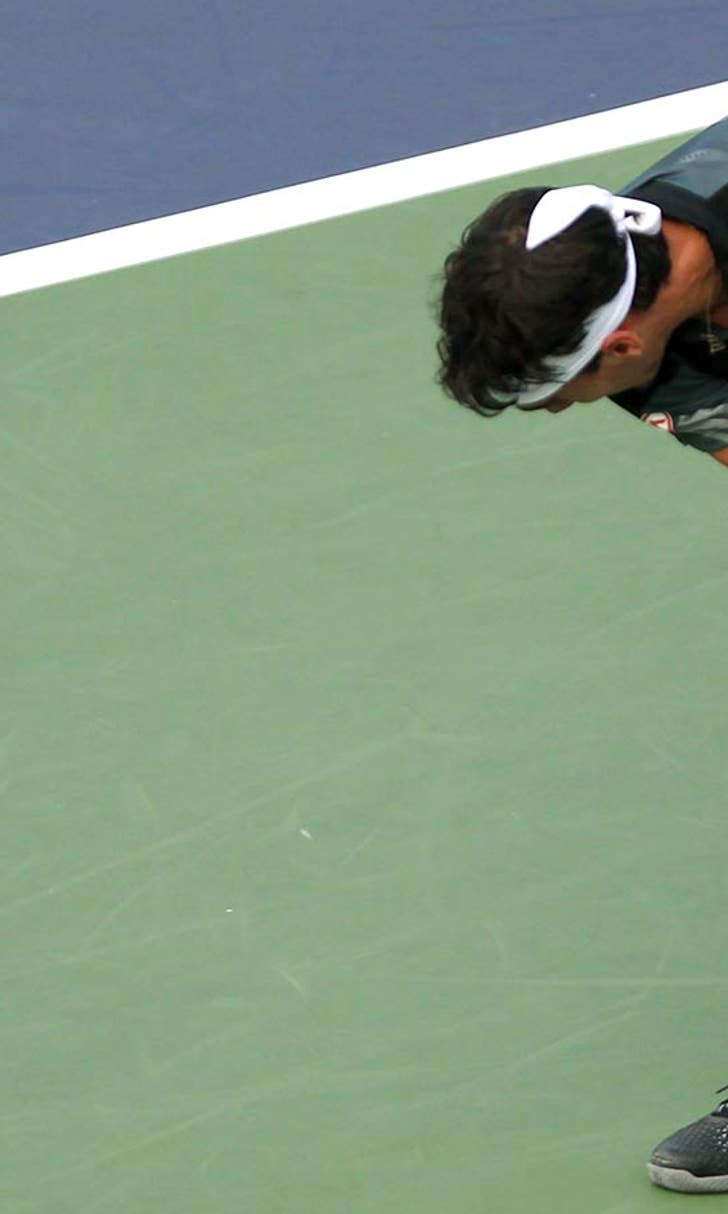 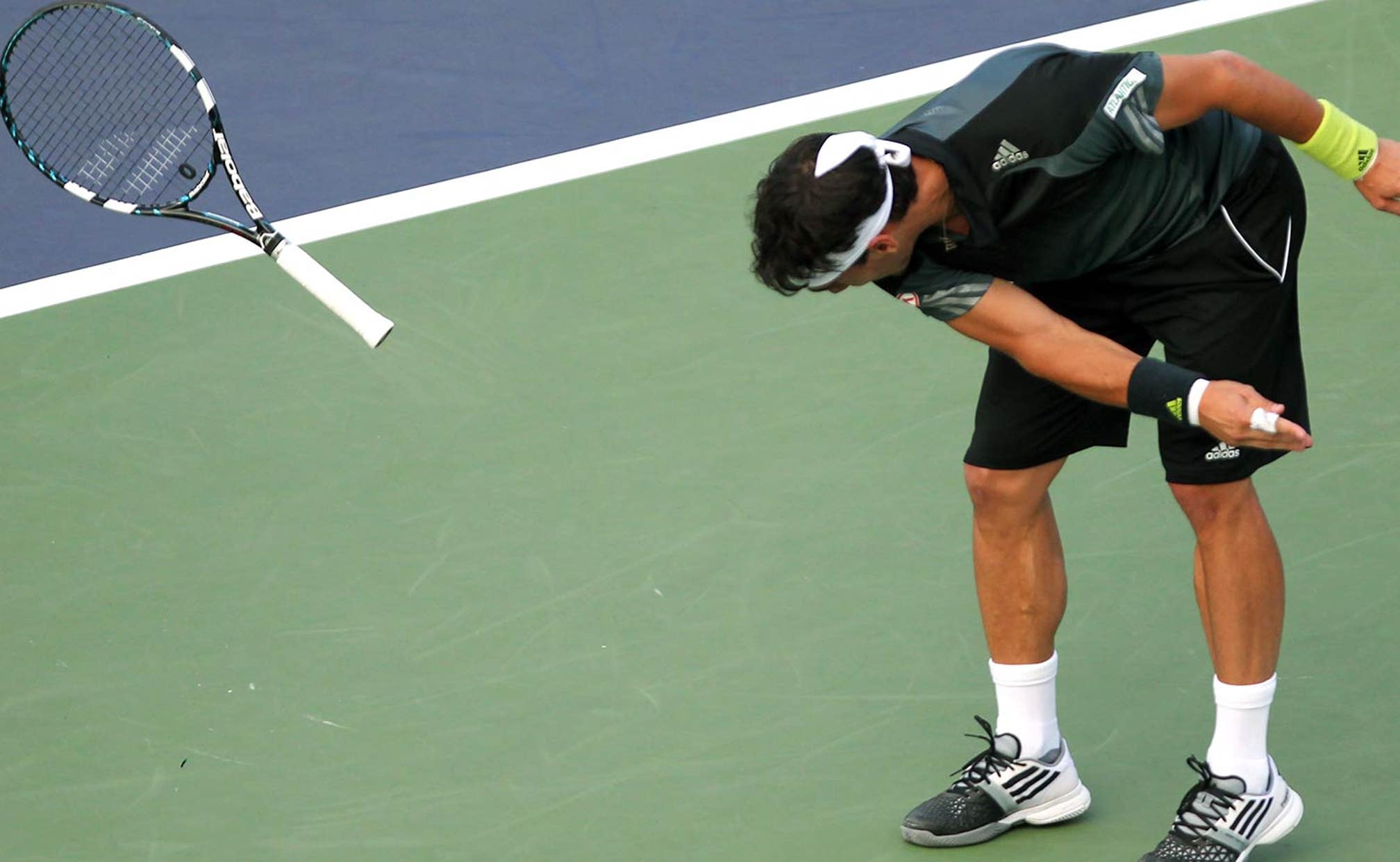 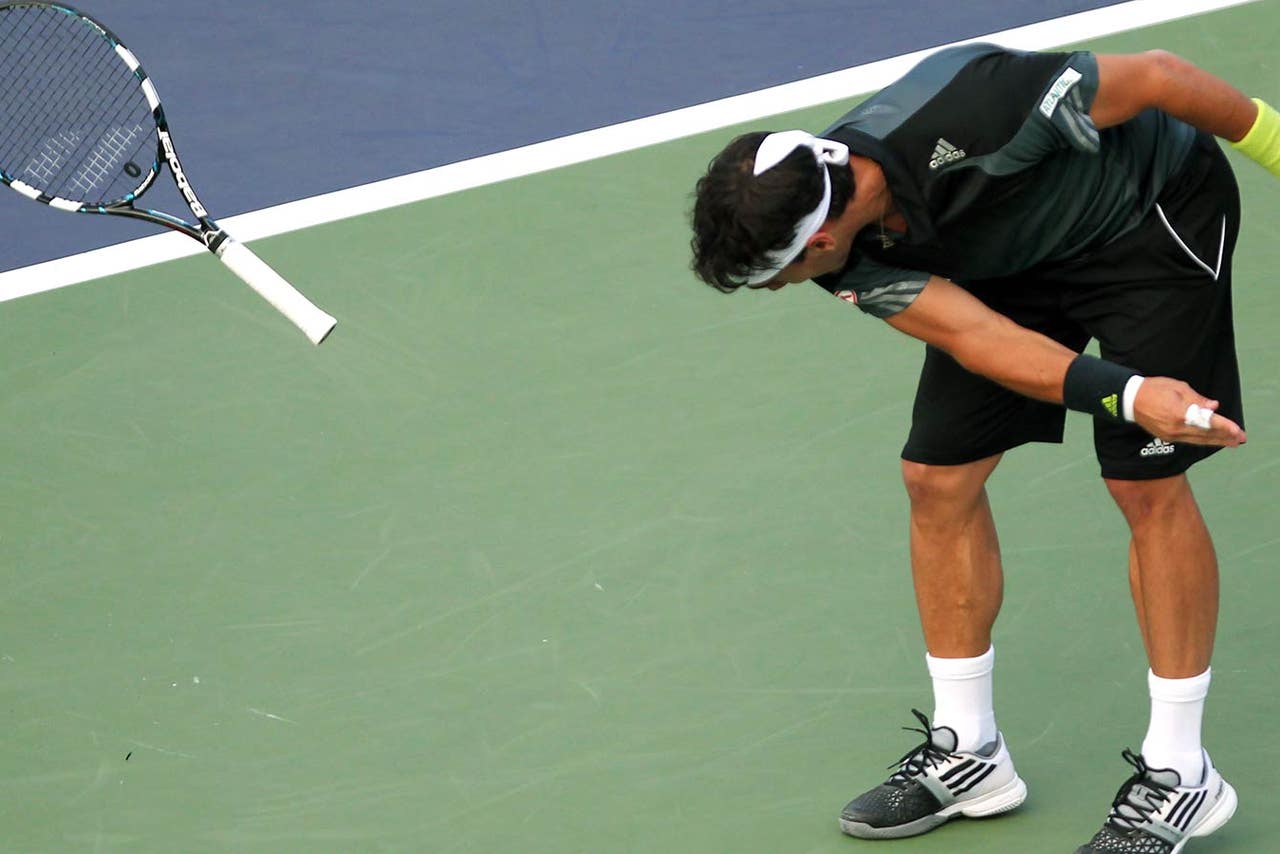 Fabio Fognini of Italy lost to a Chinese wild card making his ATP Tour debut, then bumped into him at the net and gave an obscene gesture to the crowd.

After the two shook hands, Fognini gave Wang a little shove with his arm as they crossed paths, then flashed his middle finger to the crowd upon exiting the stadium.

The fiery Italian, who was fined $27,500 at Wimbledon for outbursts during a first-round match, has lost five of six matches since reaching the Cincinnati quarterfinals in August.

Wang said he knew Fognini's game somewhat after practicing with him in Beijing last week, but didn't have a lot of confidence heading into the match.

"When I was practicing with him before, I found he's more fast-paced than me," he said. "This match has really, most importantly, helped me get closer to this kind of feeling of competing with top-100 players. Hopefully, next time when I meet a top-100 player, I won't feel so nervous or feel that it's impossible to win."

He next plays Tunisian qualifier Malek Jaziri, ranked 87th, for a spot in the third round.

Murray is playing for the third straight week in hopes of qualifying for next month's ATP finals in London. After winning a title in Shenzhen two weeks ago and reaching the semifinals of the China Open, he now sits in ninth place in the standings, just outside the eight-man field.

Other winners included Mikhail Youzhny of Russia, Gilles Simon of France and Ivan Dodig of Croatia.