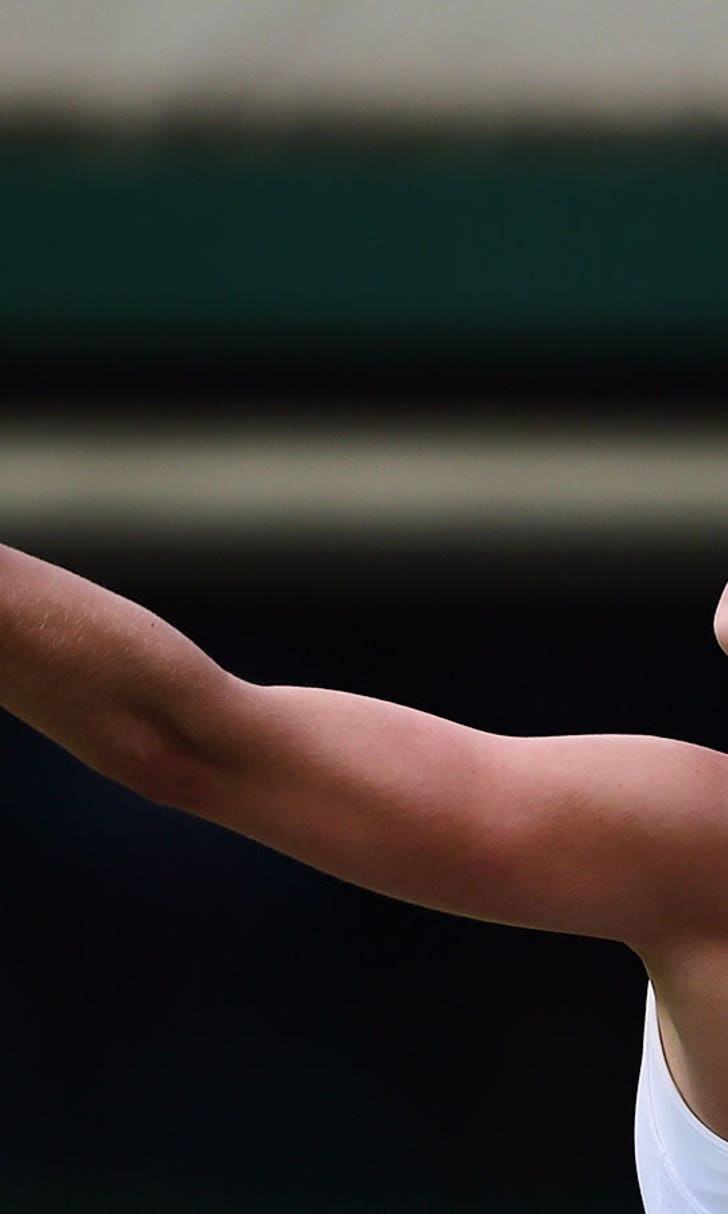 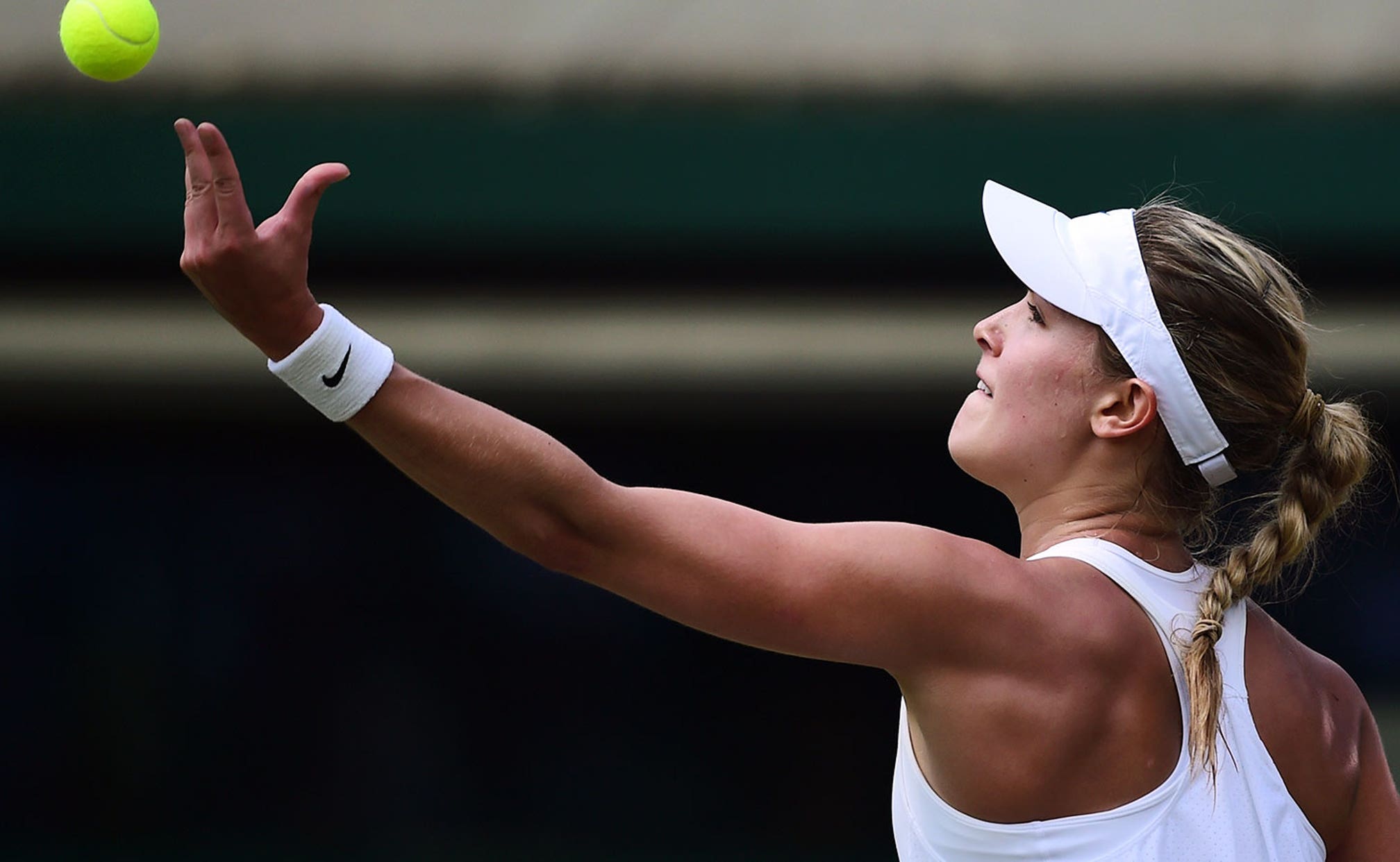 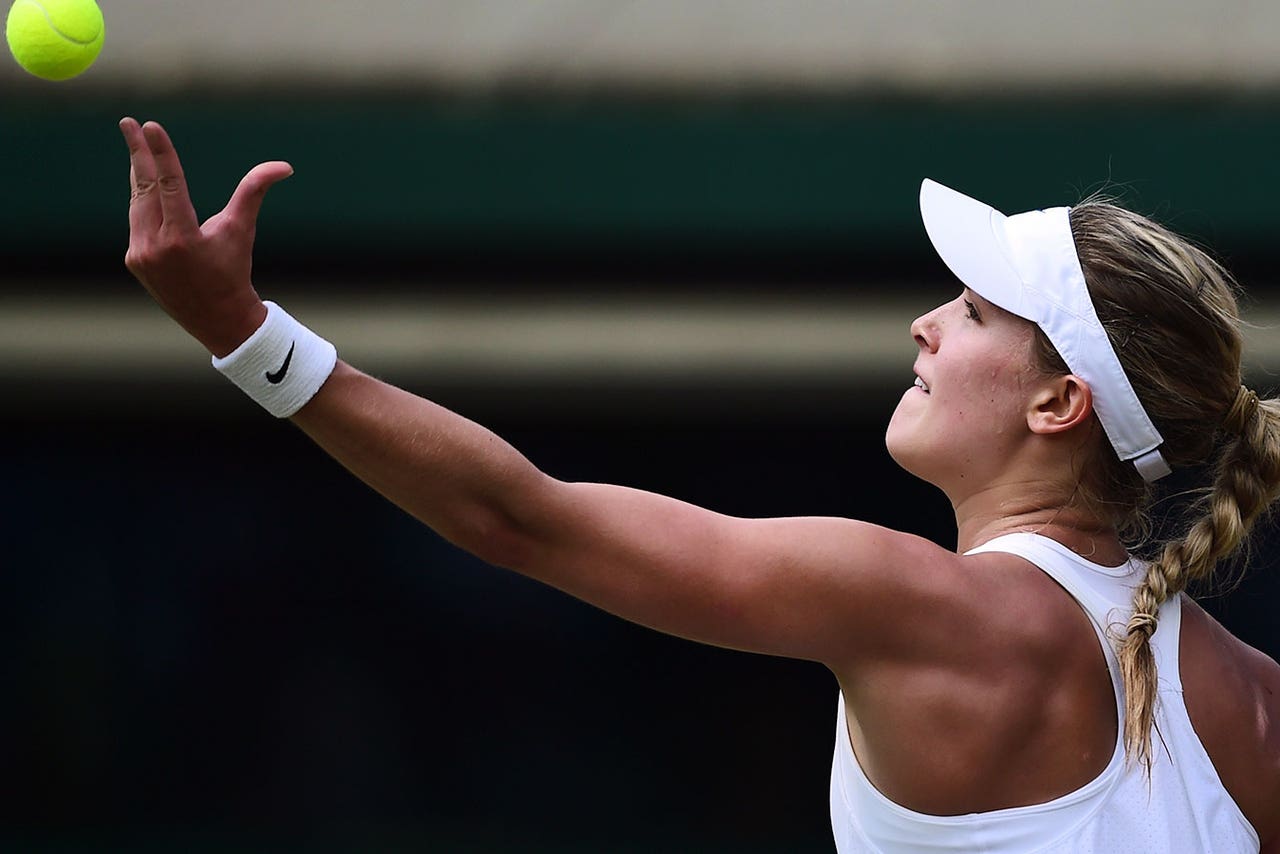 The women with the best records at Grand Slam tournaments this year, Eugenie Bouchard and Simona Halep, will meet for a place in the Wimbledon final.

The victories over their German opponents were no flukes. Bouchard and Halep have the best WTA records in majors this year -- each with 15 wins in 17 matches.

Bouchard, the 20-year-old Canadian, and Halep, the French Open runner-up from Romania, will meet in Thursday's semifinals. The other semifinal is between 2011 champion Petra Kvitova and fellow Czech Lucie Safarova.

Bouchard saved four break points at 3-3 in the seventh game of the opening set and then broke in the next game to take control against Kerber, who pulled off a three-set upset victory over Maria Sharapova on Tuesday.

French Open finalist and third-seeded Halep was down 4-1 in the first set before winning the rest of the games.

"I wanted just to keep more rallies, point by point," Halep said of her comeback. "I stayed very aggressive, very close to the baseline, and I played my game."

Bouchard, the first Canadian woman to reach the semifinals at Wimbledon, hasn't dropped a set in five matches. She said she wasn't treating the four break points she faced in that seventh game any differently -- she played her usual aggressive game.

"I try not to even think about specifically what the score is," Bouchard said. "When I try to go for it more usually it works in my favor, so I'm going to always try to do that every single point."

Bouchard came into the match against the ninth-ranked Kerber with a losing record against top 10 players -- 3-4 in 2014 and 5-11 in her career. But she made it two victories in a row over Kerber, having defeated her in the fourth round at the French Open.

Bouchard's quarterfinal win will move her into the top 10 of the rankings next week regardless of whether she gets past Halep to reach Saturday's title match.

Kvitova, who beat fellow Czech Barbora Zahlavova Strycova 6-1, 7-5 on Tuesday, is the only Grand Slam tournament champion left in the women's draw after Sharapova's loss to Kerber. Safarova beat Ekaterina Makarova of Russia 6-3, 6-1, on Tuesday.

"One funny thing, after the match I told to my coach that next year I will have a lot of points to defend," Halep said. "I can feel now a little pressure."

Kerber said it was tough coming back so soon after her tough three-set win Tuesday over Sharapova. Due to rain on Saturday, their fourth-round match was postponed from Monday to Tuesday, forcing Kerber to play two days in a row.

"I didn't have really time to recover after the match yesterday," Kerber said. "But she (Bouchard) played a great match -- she hit the balls on the line, down the line ..."

Bouchard hopes to make her first Grand Slam final in only her sixth major, unaware of the effect she's having back home in Canada.

"I don't have a huge sense of it because I'm across an ocean and in my own kind of bubble," Bouchard said. "I just hope they're proud of me."