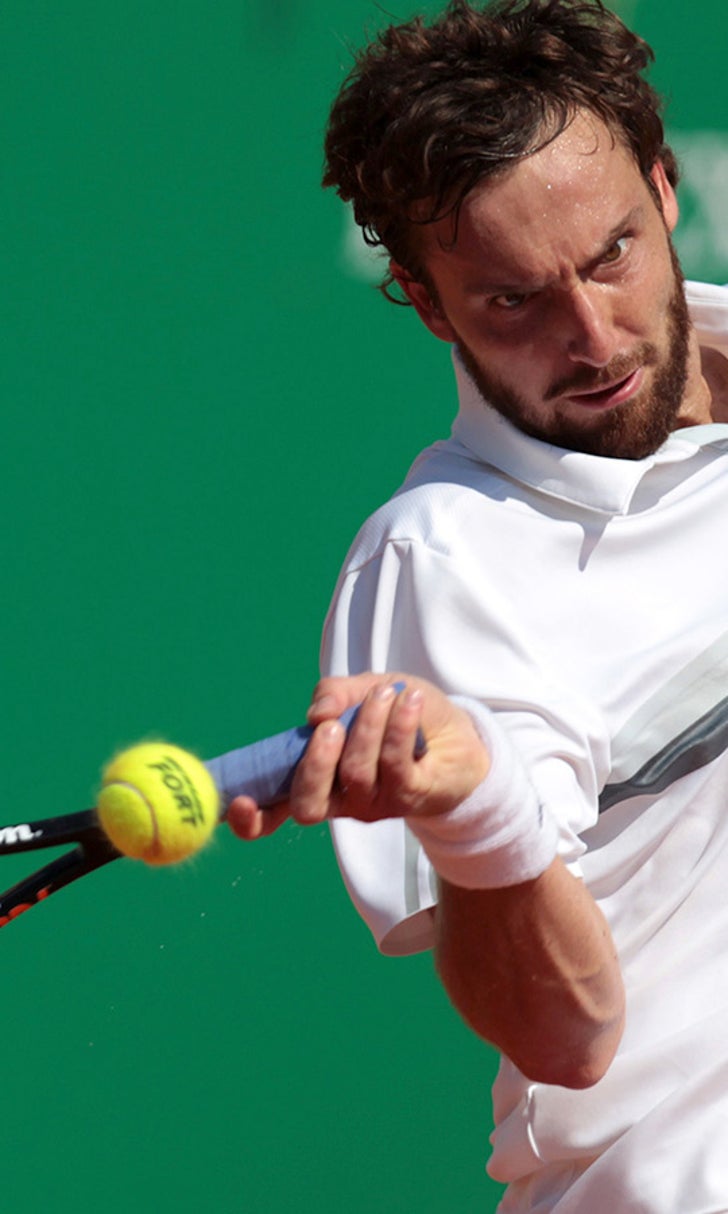 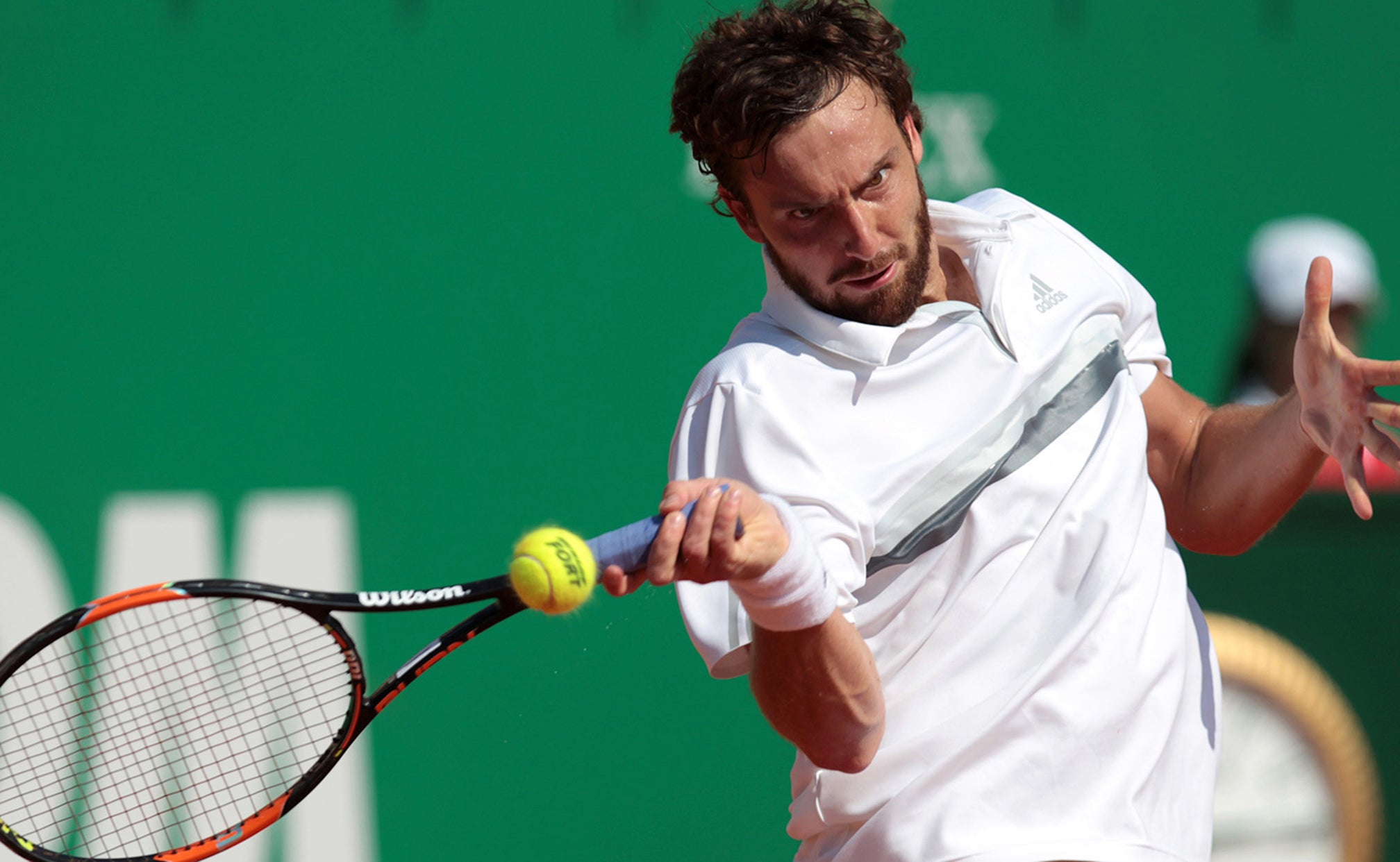 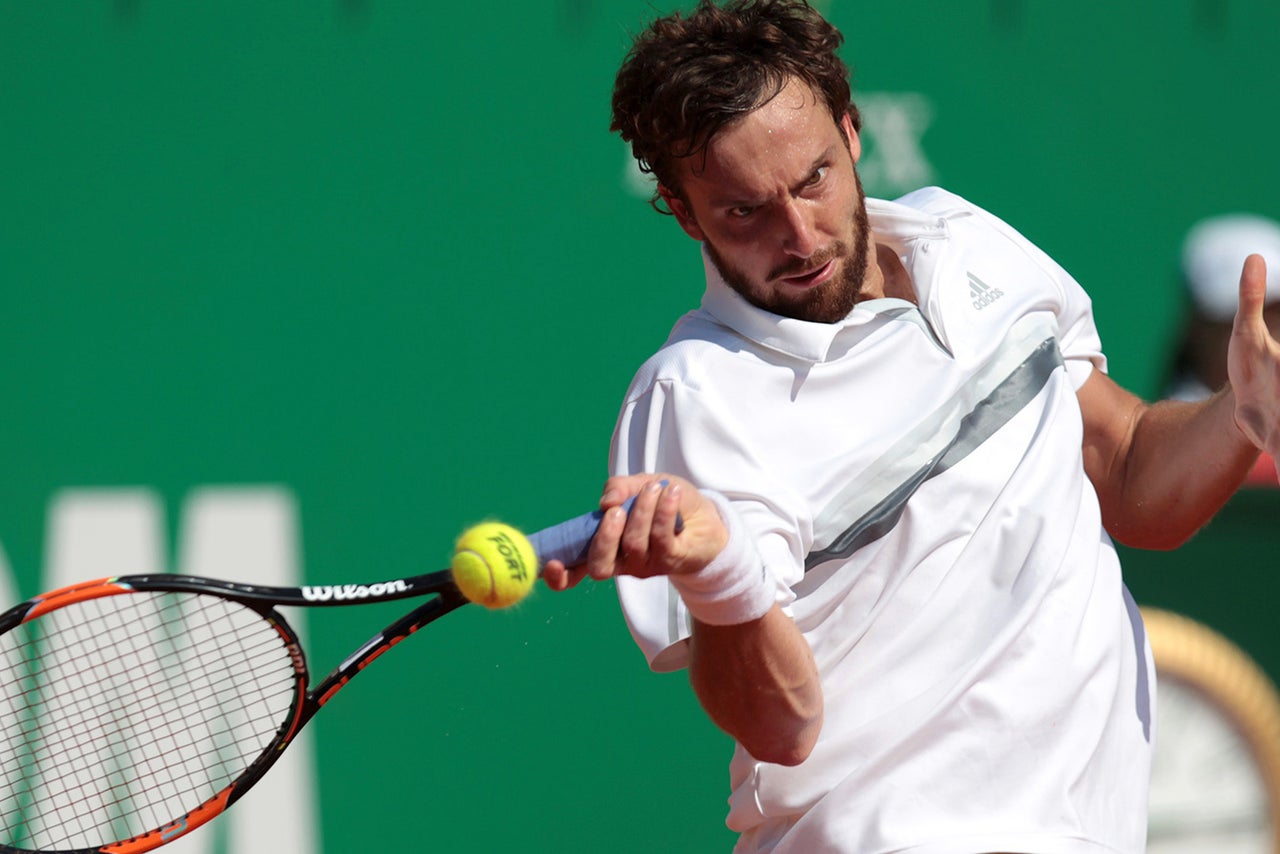 Switching to clay did not make any difference for Ernests Gulbis.

The 13th-seeded Latvian was eliminated from the Monte Carlo Masters on Monday in the first round, losing to Andreas Haider-Maurer 6-1, 6-0 after another miserable display.

Gulbis, a semifinalist at last year's French Open, has lost his way in recent months. He has won only one match this year and lost in the opening round in seven of the eight tournaments he has played during the early hard-court season.

Against the 52nd-ranked Haider-Maurer, Gulbis hit a flurry of unforced errors and spent less than one hour on the court.

Gulbis said he has lost the confidence that helped him break into the top 20 last season, with titles in Marseille and a first trophy on clay in Nice. Despite his poor record, he said he does not need to worry.

"I was in a great state of mind this week practicing," Gulbis said. "Everything was really good, except the match. This one last hour was bad in Monte Carlo. All the rest of the week was really unbelievable. It was just this one hour."

Gulbis may be more perturbed than he admits it, having recently changed his coaching setup with the hiring of former top-five player Thomas Enqvist. They started to work together one week ago and Gulbis was not expecting things to gel quickly enough for him to be ready in Monte Carlo.

"Everything is new for me. I think (Thomas) is a very smart, intelligent guy who understands tennis. That's enough for me," Gulbis said. "I think it's still a lot to get to know each other. It's just a matter of time."

Struggling with his big forehand, Gulbis enjoyed a short bright spell in the second game of the second set but failed to convert three straight break points.

Gulbis said his shoulder problems from last year are still preventing him from hitting his forehands properly.

"Off-season was not great because of that," Gulbis said. "Second thing is that I got sick in the beginning of the year for 10 days. Slowly, this lack of confidence has started to play on."

It was Haider-Maurer's first win in Monte Carlo, with the 28-year-old Austrian now set to face Bernard Tomic in the second round.

Coming off an opening-round exit in Houston, the 15th-seeded Isner came out on top in an all-American match against Steve Johnson with a 6-4, 6-4 win. Isner, who reached the semifinals in Miami this month, played aggressively throughout and hit two straight aces to seal his win and advance to the second round for the first time.

Isner had poor results earlier this year before playing some great tennis in Indian Wells and Miami, where he posted wins over Milos Raonic and Kei Nishikori. He is hopeful he can carry his recent form into the clay season.

"I don't mind playing on clay. I've had some good results on it before," said Isner, who made it to the fourth round at the French Open last year. "It does some things for my game that I think maybe people don't realize, that are very good for my game."

Fabio Fognini also advanced, beating big-serving Jerzy Janowicz 6-3, 6-1. Janowicz lost in the first round for the third time in as many visits to the Country Club.

Fognini, a semifinalist in Monte Carlo two years ago, put on a display on the clay, dictating from the baseline and varying his shots well to force the lanky Polish player around.

The hot-tempered Italian kept his head cool early in the second set when he asked the umpire to check a mark that he thought was wrongly called out, giving the chance to Janowicz to show his sense of humor on the next point when Fognini fired a forehand way too long. Janowicz then turned toward Fognini and raised one finger high to show the ball was obviously out.

Fognini won five consecutive games in the second set and served out the match on his first occasion when Janowicz sent a forehand long, snapping a five-match losing streak.