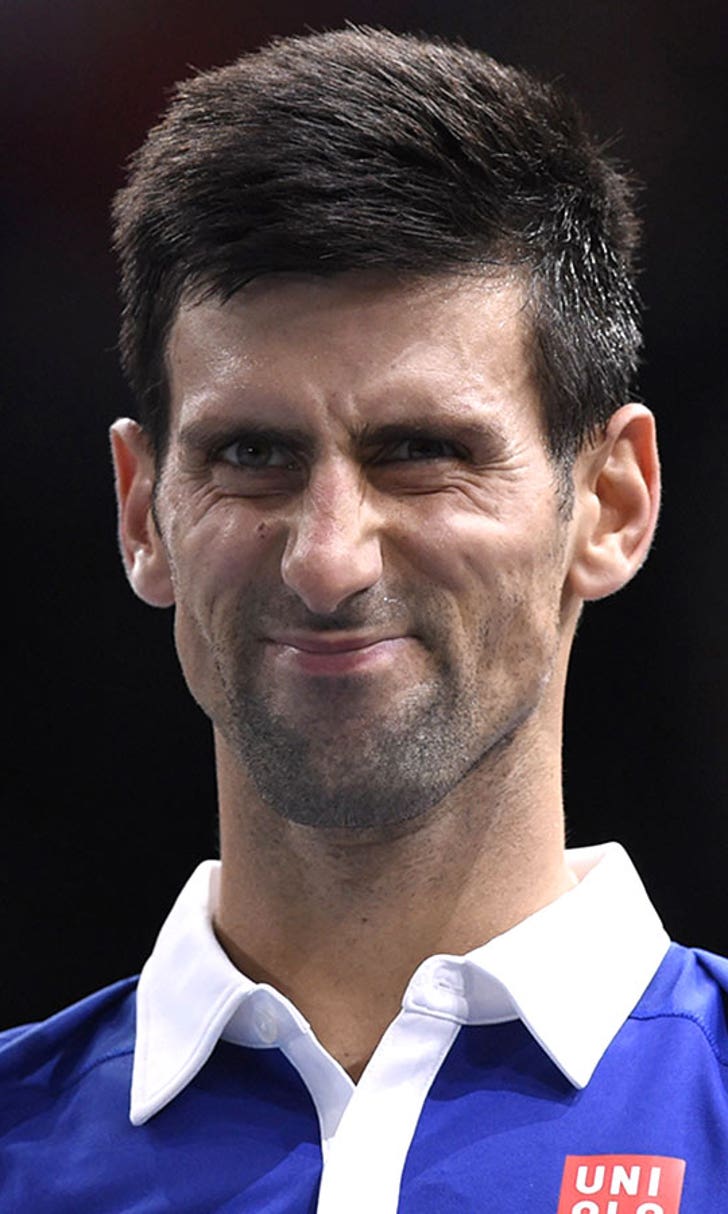 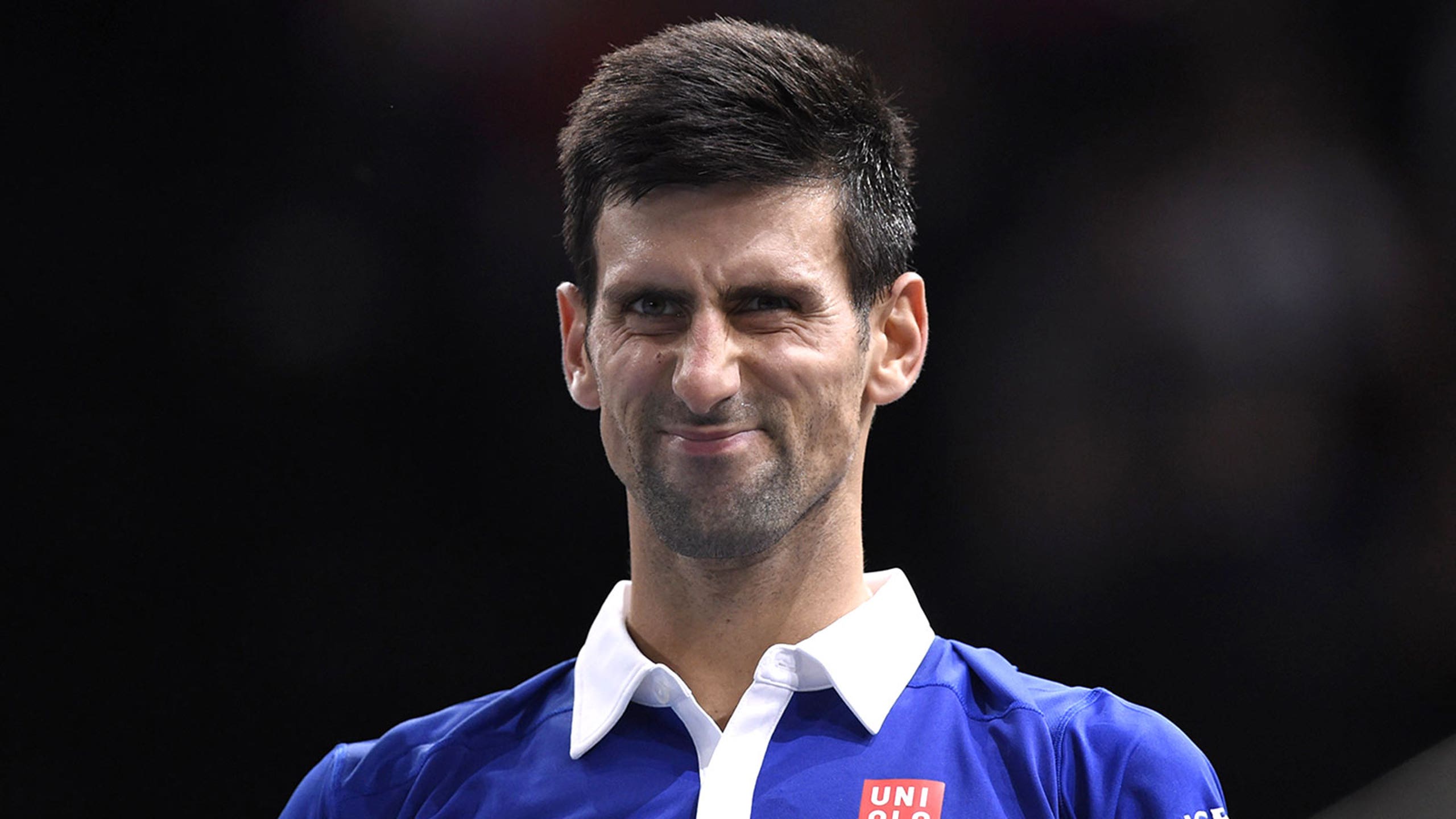 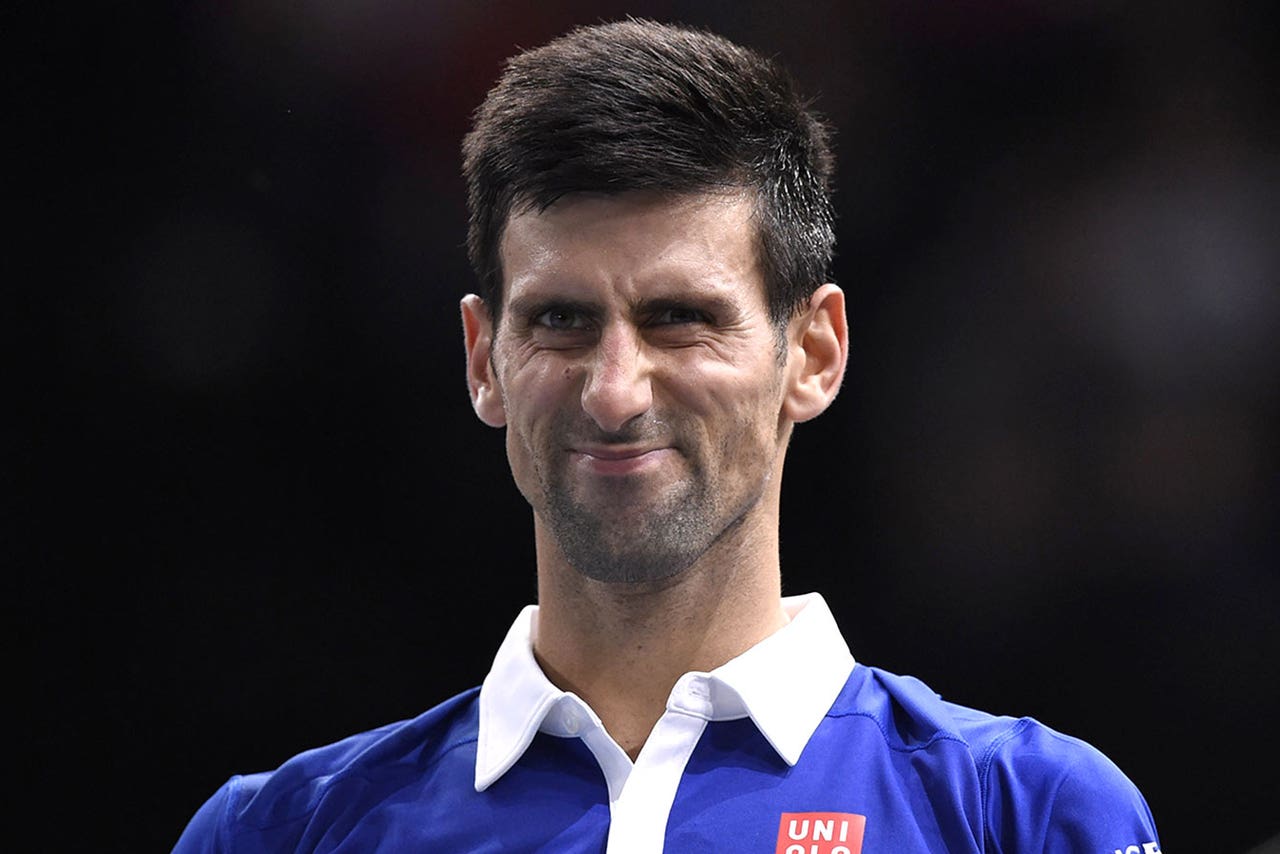 No wonder Novak Djokovic looked awkward in the early rallies of his opening match at the Paris Masters.

The top-ranked Serb, a two-time defending champion in Paris, was playing his first indoor match in a year -- and on a revamped court at a refurbished venue.

That did not prevent him from advancing to the third round in straight sets, extending his winning streak to 18 matches with a 7-5, 6-3 win over Thomaz Bellucci on Tuesday.

"It was a good test," said Djokovic, who is bidding to become the first player to win six Masters 1000 titles in one season this week. "With new facilities, of course, and new color (blue) of the court, it took a little bit of time to really get used to it and adjust."

Djokovic's previous indoor match was November last year in London, where he ended his season by clinching the title at the ATP World Tour Finals. He has been in tremendous form since, compiling a 74-5 match record -- including 27-1 at Grand Slam tournaments -- and is guaranteed to finish the year at the No. 1 spot for the fourth time in the last five years.

The 10-time major champion goes on to face either 14th-seeded Gilles Simon or Benoit Paire in the third round.

In the city where he failed to achieve a career Grand Slam earlier this year -- losing to Stan Wawrinka in the French Open final -- top-seeded Djokovic struggled with his first serve early on and was broken in the 5th game when Bellucci unleashed a forehand attack down the line that the Serb could not return.

The left-handed Brazilian impressed spectators at the Palais Omnisports with a mix of deep groundstrokes and deft sliced shots, yet was unable to hold his serve in the next game, with Djokovic starting to dictate from the baseline.

The 40th-ranked Bellucci fought hard to stay in the match, fending off a break point in the 8th game, but crumbled when his rival applied the pressure again to make the decisive break at love after hitting a passing shot straight at his rival, a forehand down the line and a backhanded drop shot volley.

Bellucci was then undone by two consecutive mistakes in the eighth game of the second set that gave Djokovic the break he needed to wrap up the match.

"I have had a few things that I could have done better tonight," Djokovic said. "But again, all in all, it was a very solid match."

Facing Bernard Tomic in his opening game, Wawrinka raised his game when needed to reach the third round.

Wawrinka, seeking to become the first player to win Roland Garros and the Paris Masters in the same year since Andre Agassi in 1999, saved all five break points and hit 13 aces to progress with a 6-3, 7-6 (6) win.

The fourth-seeded Swiss had to come from 5-2 down in the tiebreaker before sealing the match when the 18th-ranked Tomic hit two consecutive unforced errors.

"I was not in a good position, that's for sure," Wawrinka said. "I played one good point, aggressive, then he missed an easy forehand, and you're back."

Wawrinka will next face either 15th-seeded Feliciano Lopez or Viktor Troicki.

David Ferrer, the 2012 champion, also progressed to the third round by beating Alexandr Dogolpolov 6-2, 6-2.

The eighth-seeded Ferrer, who has qualified for the ATP finals, did not face a single break point. Next up for the 2012 champion will be either 12th-seeded Marin Cilic or Grigor Dimitrov.