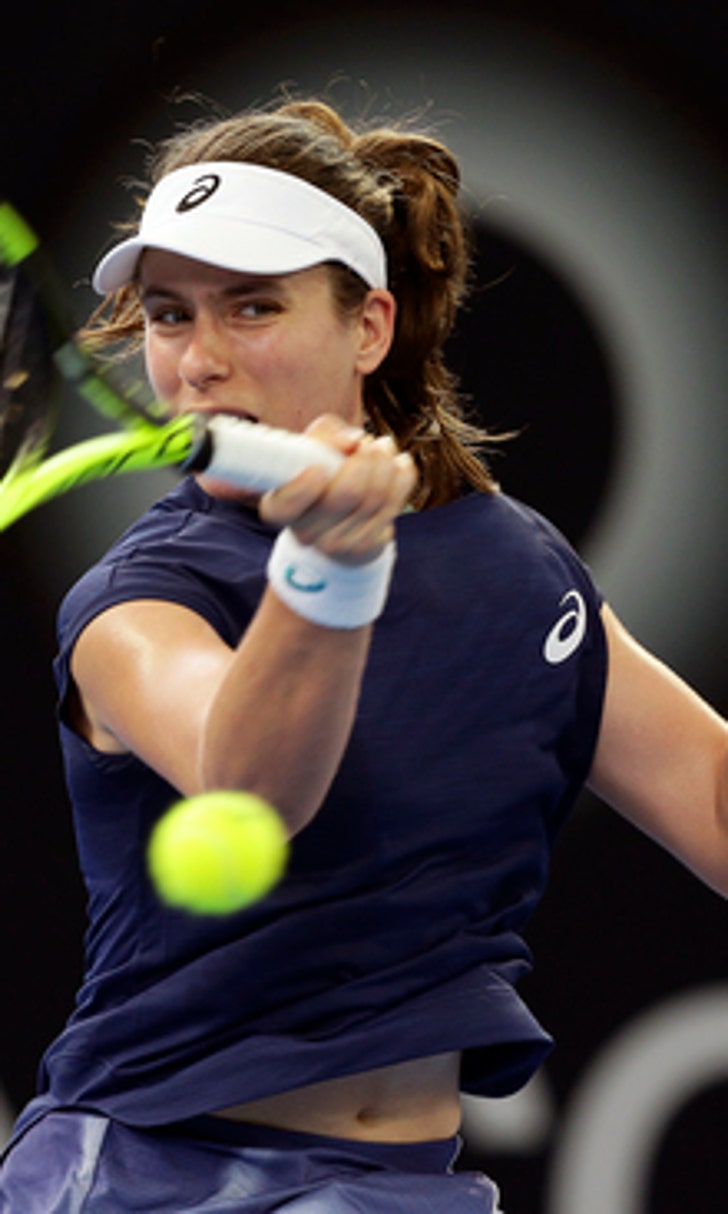 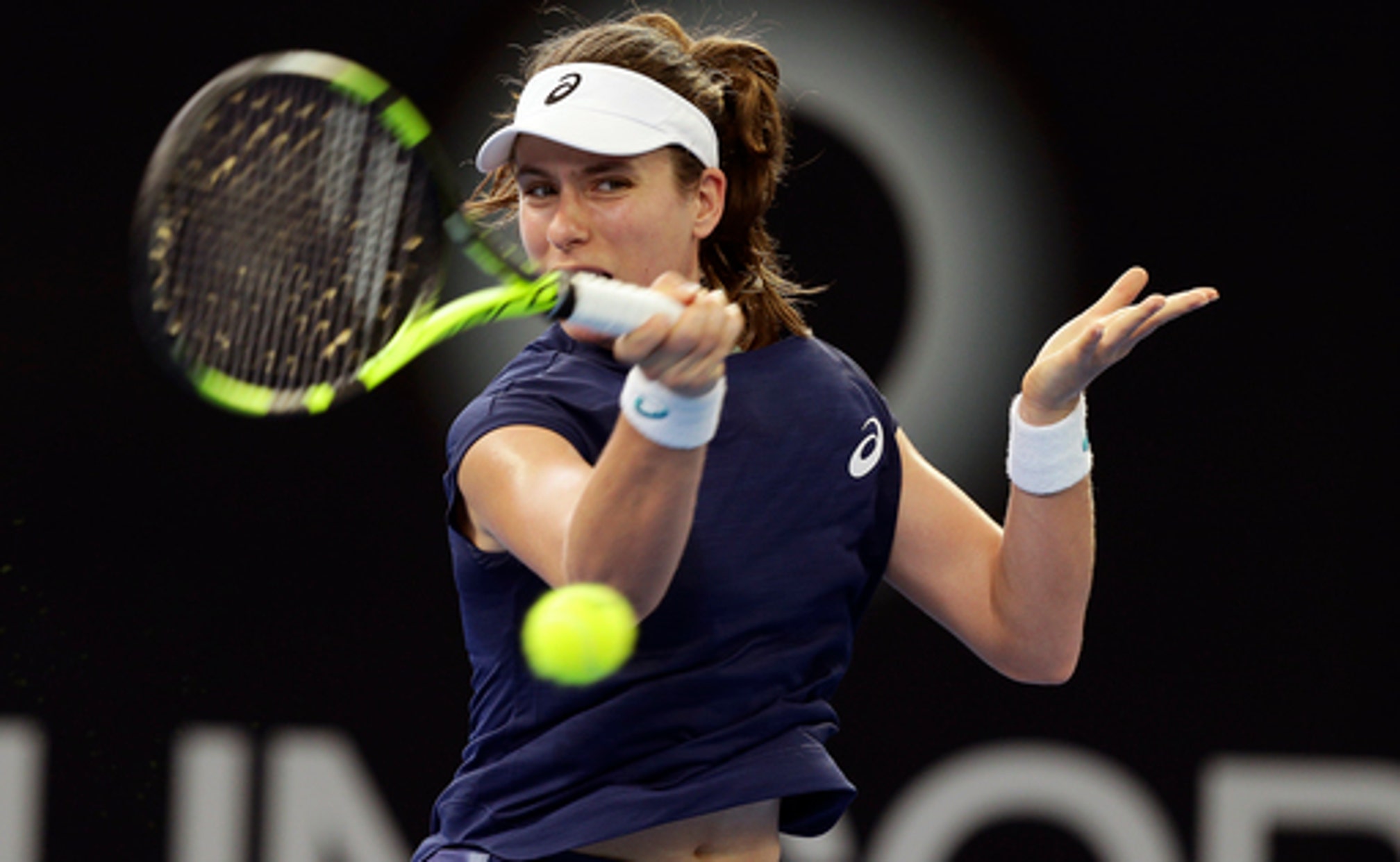 BRISBANE, Australia (AP) Grigor Dimitrov had to save two match points before getting his Brisbane International title defense underway with a victory against Australian wildcard entry John Millman.

Karolina Pliskova kept her title defense on track with a 3-6, 7-5, 6-2 win over 2012 winner Kaia Kanepi, setting up a semifinal against Elina Svitolina.

The night matches Thursday went all the way, with last year's winners both having to come back from deficits.

Dimitrov won 4-6, 7-6 (8), 6-3 in his first competitive match since winning the ATP Finals, but was pushed for 2 + hours and finished after midnight.

The No. 3-ranked Dimitrov was broken in the last game of the first set to give No. 128-ranked Millman the lead. After an exchange of breaks midway through the second, the tournament's top seed had to produce two big service games to stay in the second-round match.

Dimitrov fell behind 3-0 in the tiebreaker, went on a four-point roll to get back in front, then had to scramble to save match points at 6-5 and 7-6 before converting his second set point to force a third.

''I thought I was out - he pushed me to the limit,'' Dimitrov said. ''At moments like that, sometimes it just comes down to improvising. I played aggressive tennis and got rewarded for that.

''First match in about a month - I feel a little bit rusty, but at the same time I'm excited and trying to get into a rhythm.''

Pliskova opened last season with victory in Brisbane and rose to the No. 1 ranking in July before finishing 2017 at No. 4.

She struggled against Kanepi's powerful ground strokes in the first set but started to find her range in the second and stayed on top in the third.

Svitolina secured her semifinal spot when Johanna Konta retired with a hip injury in the third set of their quarterfinal.

The third-seeded Svitolina won with a score of 1-6, 7-6 (6), 3-2, retired, having just held serve when Konta walked to the net and said she could no longer continue, two games after receiving treatment for a right hip problem.

Konta's exit came two days after No. 2-ranked Garbine Muguruza retired in the third set of her first match of the season after struggling with leg cramps.

Konta was unsure if she'd be fit enough to attempt a defense of her Sydney International title next week or what it would mean for her chances at the Australian Open, where she reached the semifinals in 2016 and the quarterfinals last year.

''I only know kind of the initial feelings of it, which is not always so trustworthy,'' she said of the injury. ''So I don't feel too comfortable saying really too much.

''Hopefully it's nothing more than a low-grade strain and more muscle spasm.''

Seventh-seeded Anastasija Sevastova beat Aleksandra Krunic 6-2, 6-4 to move into a semifinal against qualifier Aliaksandra Sasnovich, a 3-6, 6-2, 6-3 winner over Alize Cornet.

Denis Istomin and Ryan Harrison set up a meeting in the men's quarterfinals. Istomin advanced 7-6 (5), 6-2 over Jared Donaldson and Harrison had a 6-7 (5), 6-4, 6-2 win over Yannick Hanfmann, who was a late addition to the draw after Andy Murray withdrew.