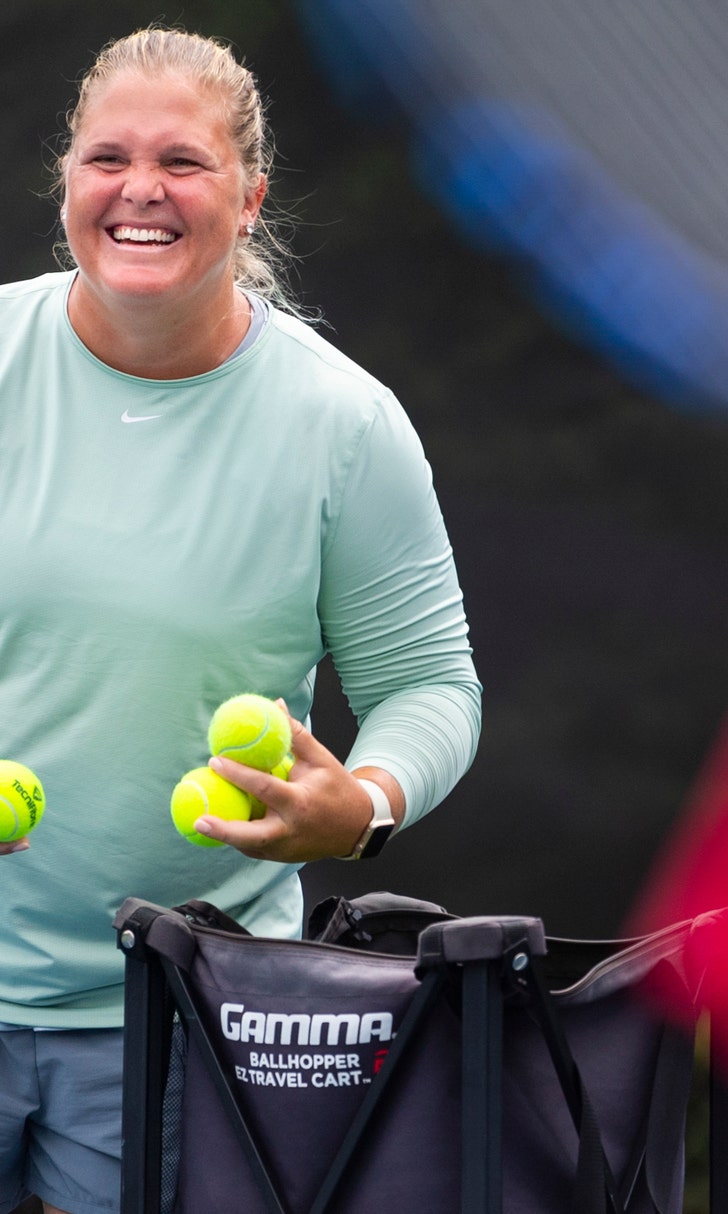 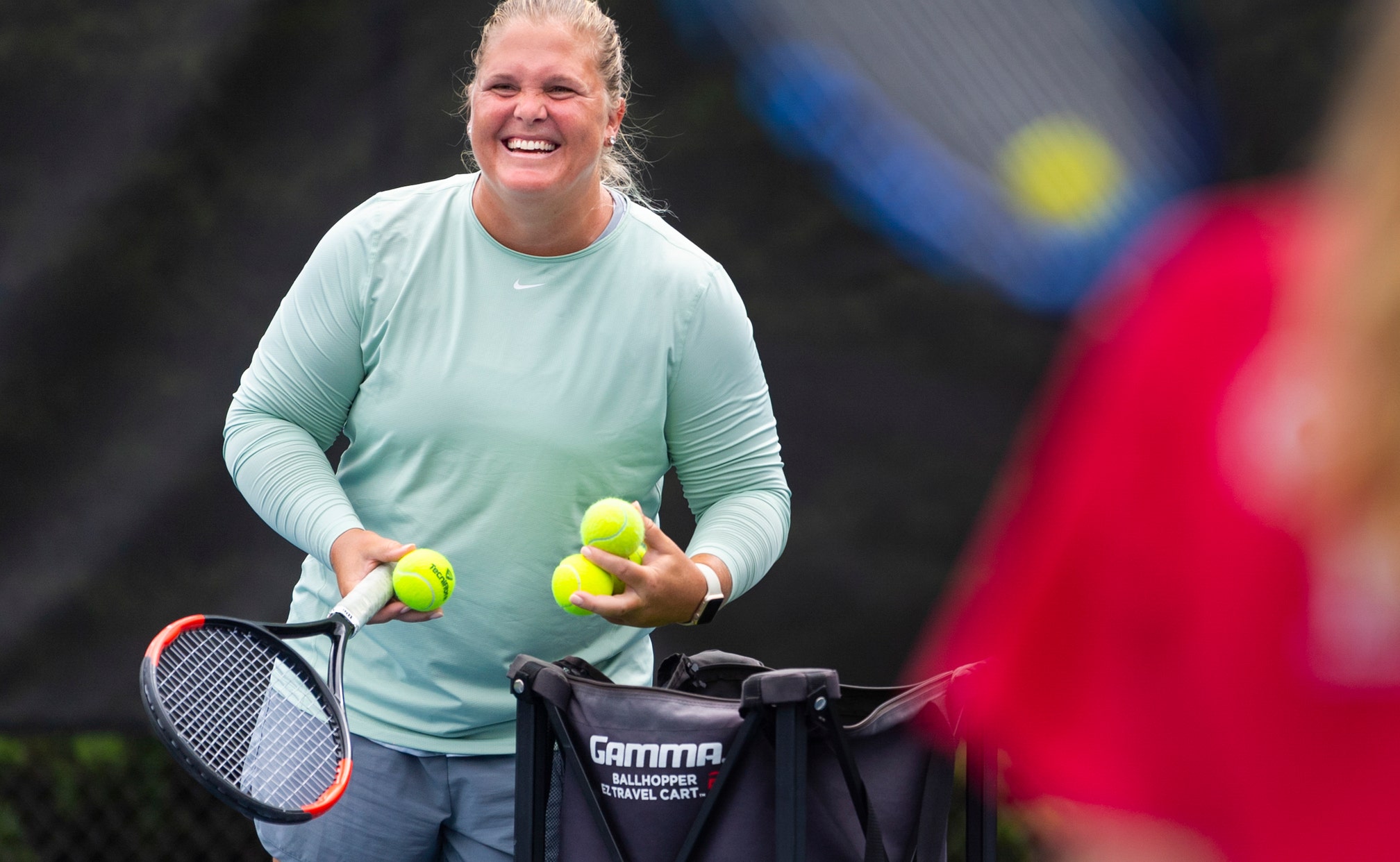 'Believe!' Melanie Oudin looks back at wild 2009 US Open run

NEW YORK (AP) — Yes, Melanie Oudin says with a laugh, she still has the shoes.

If you followed tennis at all in 2009 or watched even a bit of that year's U.S. Open, you know the ones: size 9½, pink-and-yellow, with the word "BELIEVE" in all caps on the heel.

And you know Oudin (oo-DAN'): a 5-foot-6, unseeded and unknown 17-year-old bundle of energy from Marietta, Georgia, who was ranked 70th and pulled off four upsets, including against Maria Sharapova exactly 10 years ago Thursday, to become the youngest quarterfinalist at Flushing Meadows since Serena Williams in 1999.

A decade after that magical and memorable Grand Slam ride in New York, which followed a just-as-surprising run from qualifier to the fourth round at Wimbledon — like another American teen, Coco Gauff, did to much more fanfare this summer — Oudin is retired from the WTA tour, teaching kids the sport she loves and hoping to coach a pro one day.

"People will still recognize me and they'll still yell, 'Believe!'" Oudin said during a recent telephone interview. "My story resonated with a lot of people, I think, because I was such a normal, 17-year-old kid. ... I was open and honest and excited and positive. And it gave everyone a chance to see this young girl beating all of these much taller, much stronger, much more experienced players. Maybe it gave people a little bit of belief in their goals, too."

The shoes, set aside by her mother for safekeeping, now sit in a trophy case at Oudin's home in Atlanta. The matches she won in 2009 occasionally fill her computer screen.

"I'll watch it on YouTube, once in a while. ... It all comes back: The feeling of playing on Arthur Ashe Stadium and all of those people cheering for me and just the thrill of playing on the biggest stage," Oudin said. "It was always about the tennis for me. It was never about getting sponsors and doing photo shoots and commercials and all this other stuff that came with it."

In each of the first four rounds, she played a Russian ranked much higher than she was. Each time, Oudin dropped the opening set before figuring out a way to come back.

"What she did was incredible," said Jessica Pegula, who was 15 at the time and won the WTA title at Washington last month. "I remember her beating everyone. Her fight, her spirit and her footwork was always really good and she was just really smart and tactical out there."

"After I beat Maria, it became crazy. Like, absolutely crazy," Oudin said. "Like, everyone knew who I was. So everything changed overnight."

She recalled signing one endorsement contract while still in the tournament.

The hype was real, although this was before the full-on age of social media that heralded the arrival of Gauff, a 15-year-old from Florida.

"She's amazing. Gosh. Unbelievable. At just 15? You don't see that at all," Oudin said. "One of the biggest things is for her to stay level-headed, stay grounded."

Oudin thought it will help Gauff that she showed up at a time where there are several young U.S. players making a mark in women's tennis, including 17-year-olds Amanda Anisimova and Caty McNally, 20-year-old Sofia Kenin, 24-year-old Madison Keys and 26-year-old Sloane Stephens. That wasn't the case in 2009.

"There were no other Americans coming up then. None. It was like Serena and Venus Williams and me," Oudin said. "And people were looking at me to step up. People were telling me all the time, 'You're going to be the next best American!' It was a lot."

The folks in charge of player development for the U.S. Tennis Association believe the attention Gauff is bringing to tennis now could attract new players to the sport, because of all of the youngsters and their parents paying attention.

Perhaps Oudin did, too.

There were other highlights: a 2011 U.S. Open mixed doubles trophy, a WTA singles title, Fed Cup appearances, a career-high ranking of 31st.

She never repeated her Grand Slam success in singles, going 4-14 over the rest of her career, sidetracked by health issues, including a muscle-damaging condition that may be caused by intense exertion, heart palpitations and an eye problem.

Her last professional match was in 2016.

Now she works with players as young as 9 at the Next Level Tennis Academy in Alpharetta, Georgia, and at her Melanie Oudin Believe Camps.

"That U.S. Open was kind of surreal for us back home," said Torrey Hawkins, who worked with Oudin when she was a kid and now is Next Level's director. "It's nice to see her come full circle and be on the other side of the basket. She's as much a student of the game now as back then. She could not be more humble and more inquiring. She wants to do it the right way."

Oudin says she struggled at first with the idea of retiring in her mid-20s.

But she feels better about things now.

"It's not exactly the way I wanted the rest of my tennis career to go. I never planned on having these weird injuries and illnesses," Oudin said. "It's really important that I take everything tennis gave to me and give back to the next generation and help develop young players, young girls, that had the same kind of dream I had. Get them to have more confidence ... and really believe in themselves."