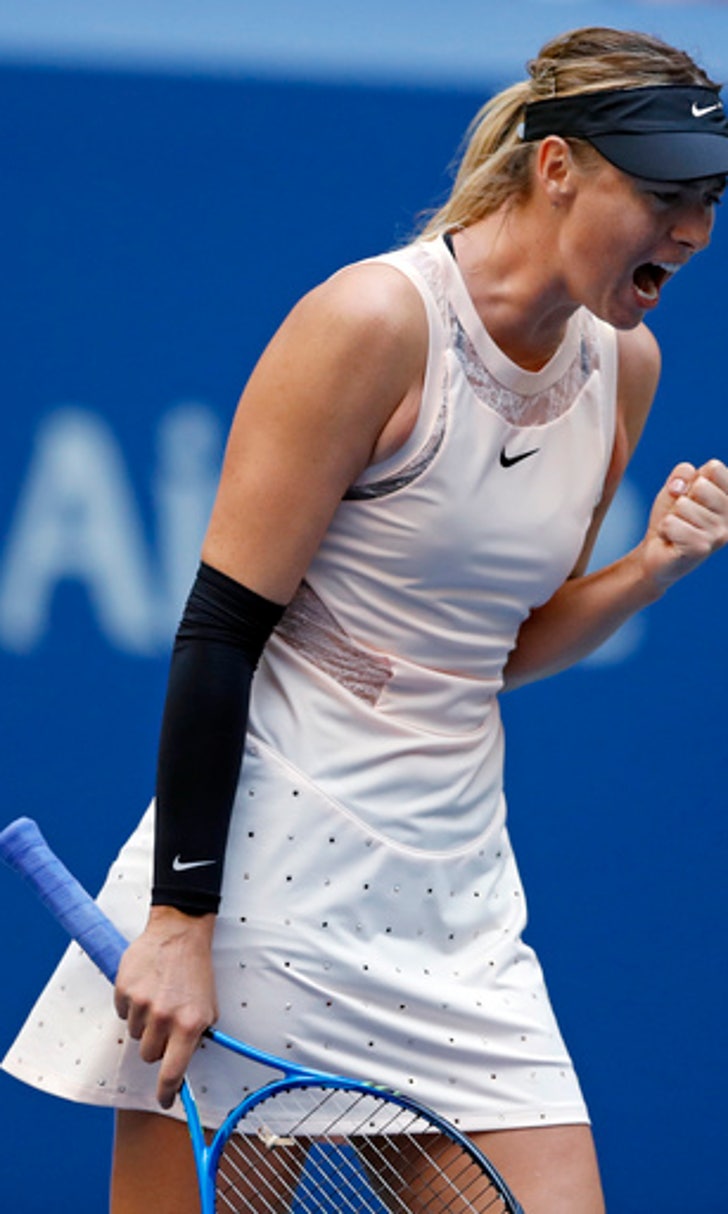 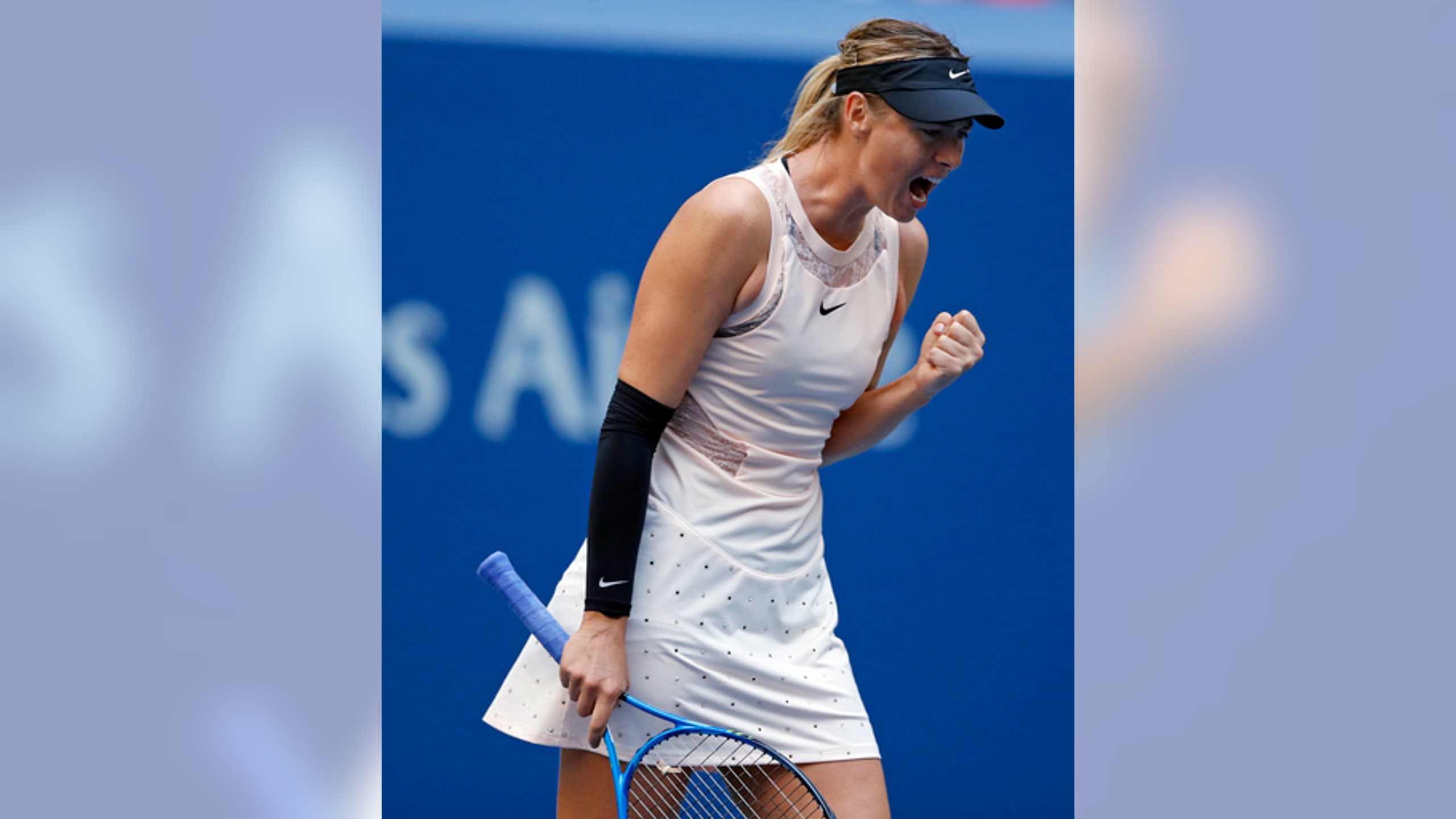 At the US Open, Sharapova sniping practically a sport itself

NEW YORK (AP) Listen to the crowds, and Maria Sharapova seems as popular as ever.

Listen to the competitors, and it's clear she hasn't been welcomed back with open arms.

Tennis isn't the only game going on at the U.S. Open, where complaining about Sharapova has become practically a sport itself.

''Everyone has their own opinion,'' No. 4 seed Elina Svitolina said Thursday.

And they aren't shy about sharing it.

Some rivals don't like that she keeps getting to play on Arthur Ashe Stadium - and guess where she's headed again Friday night?

''When you look on center court, I understand completely the business side of things and everything, but someone who comes back from a drug sentence and performance-enhancing drugs and then all of a sudden gets to play every single match on center court, I think that's a questionable thing to do,'' No. 5 Caroline Wozniacki told Ekstrabladet TV of Denmark after losing on an outside court Wednesday night.

Others don't like that Sharapova's even here at all.

The Russian required a wild card to get into the tournament because of her low ranking and the U.S. Tennis Association was happy to provide it. That's what the organization has traditionally done for its former champions in need, and Sharapova won the event in 2006.

But this was different. She wasn't an injured veteran, or an up-and-coming youngster. Her ranking fell because she'd been suspended for doping, a cheat in the eyes of some peers.

Give her spot to someone else, they felt.

''Wild cards are appointed by the USTA. I can't say I agree. I wish it was an American instead, selfishly, because it is a USA tournament,'' American CoCo Vandeweghe said.

''I know from receiving a wild card here, it can be a huge platform to kind of progress through maybe a developing junior or someone that's coming back from injury or, you know, just somebody that's on the cusp, next American out that has an opportunity to kind of help their own ranking.''

But there's no young player, American or otherwise, who has Sharapova's box office appeal.

She's a five-time Grand Slam champion who hits with force and dresses with flair. People want to see her from their seats or on their screens, whether she's ranked No. 1 or 100.

''Tournament directors, people around, they would love to watch her play,'' former U.S. Open champ Svetlana Kuznetsova said. ''You can see after her first match how the crowd welcomed her back.''

Sharapova beat No. 2 Simona Halep that night in her first Grand Slam match in 16 months and believed that had ended the sniping about her situation.

''I think with the way that I played Monday night, I don't think there are any more questions,'' she said.

Turns out, they were only just beginning.

Asked about Sharapova, Eugenie Bouchard replied that her thoughts were already public. In case anyone forgot what they were, she called Sharapova a ''cheater'' earlier this year when her suspension ended.

Others are more forgiving. The heart drug meldonium had only recently been placed on the banned list when Sharapova tested positive for it at the 2016 Australian Open, and Kuznetsova said Sharapova paid the price for her mistake.

''She did her time. I think now it has to be over, the talk,'' Kuznetsova said.

It probably won't, though.

Despite what she's done in the past, she's just a 146th-ranked wild card now, not the kind of player who gets unlimited access to the most exclusive real estate on the property. Yet she'll be on center court for the third time in three matches Friday when she faces American Sofia Kenin in the second night match on Ashe.

Win that one, and she'll be in another featured match during Labor Day weekend. Then there would be plenty more time to talk about her.

Grand Occasion
Novak Djokovic's dominance at the Aussie Open has him two Grand Slam wins away from catching Roger Federer and Rafael Nadal.
4 days ago

Limitless
Naomi Osaka's star is burning bright, as the 23-year-old moved to 4-0 in Grand Slam finals. Is superstardom inevitable?
5 days ago