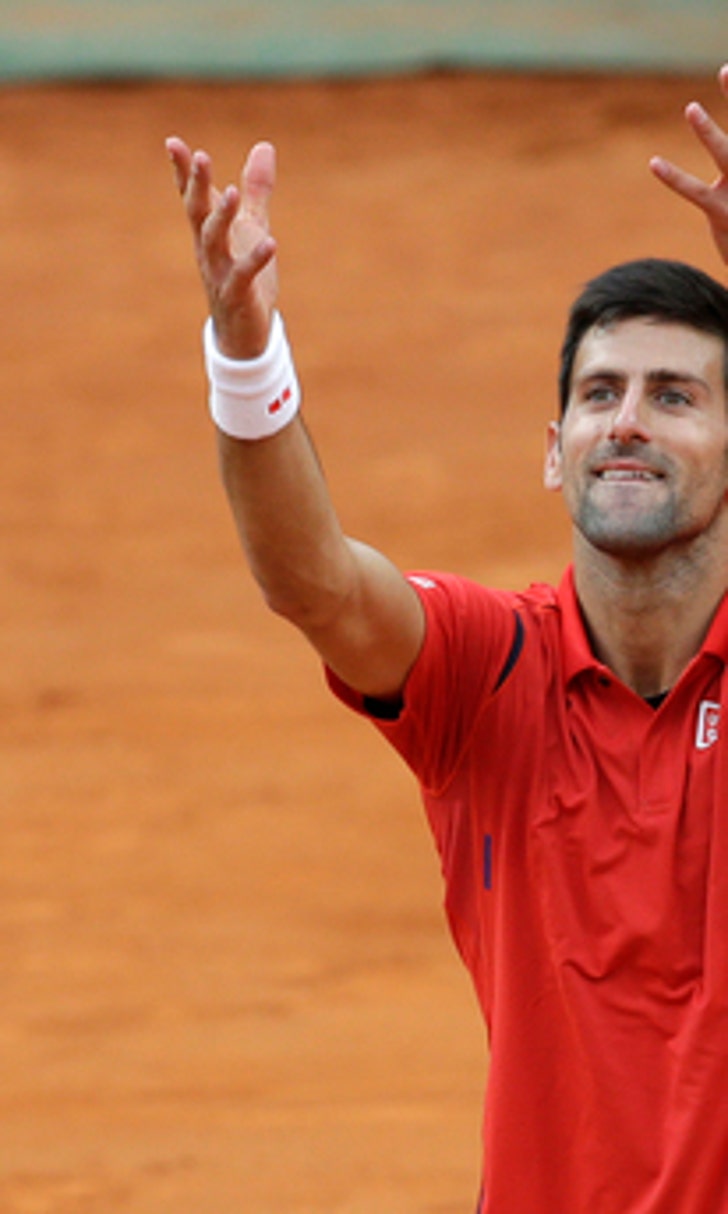 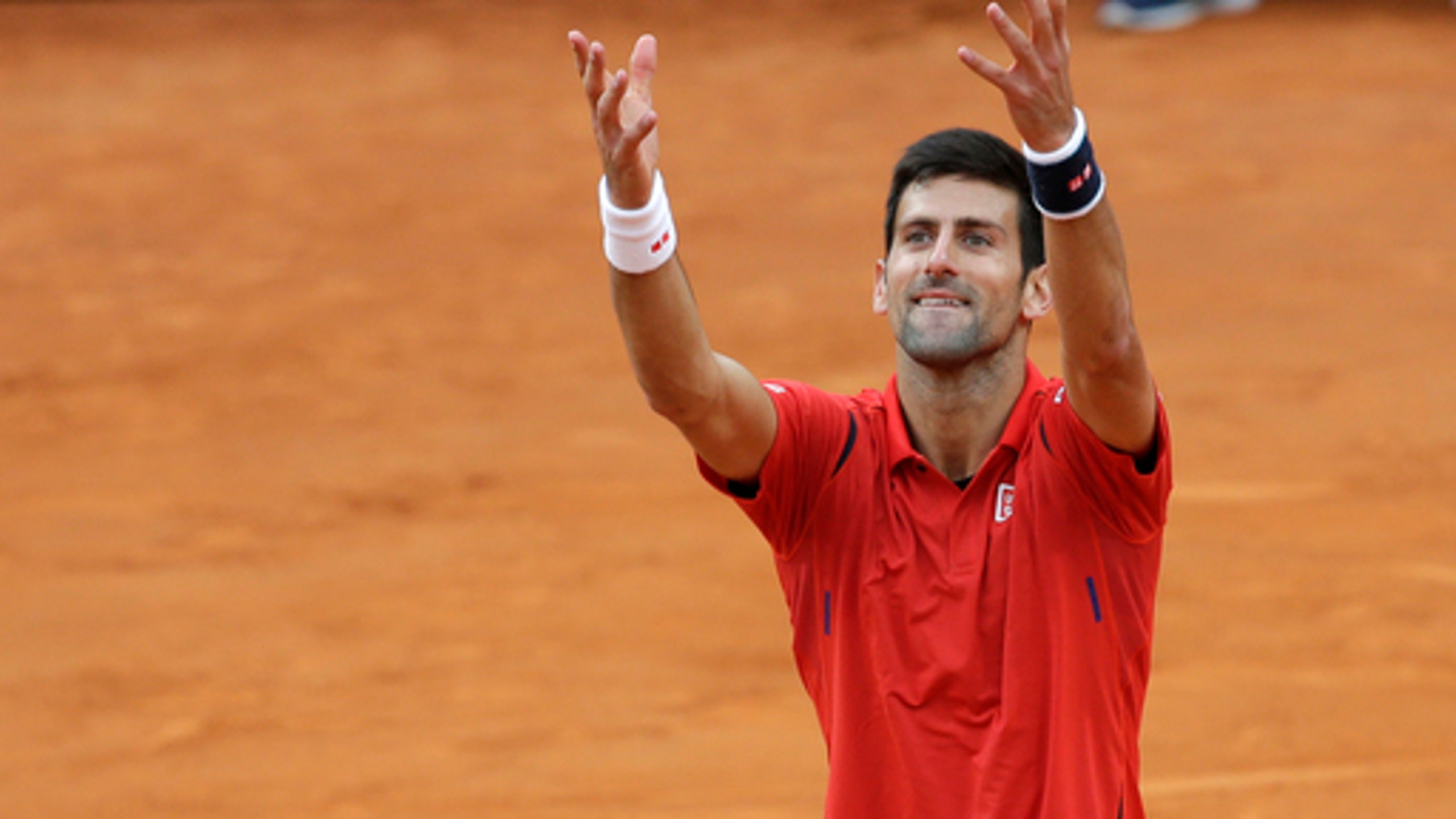 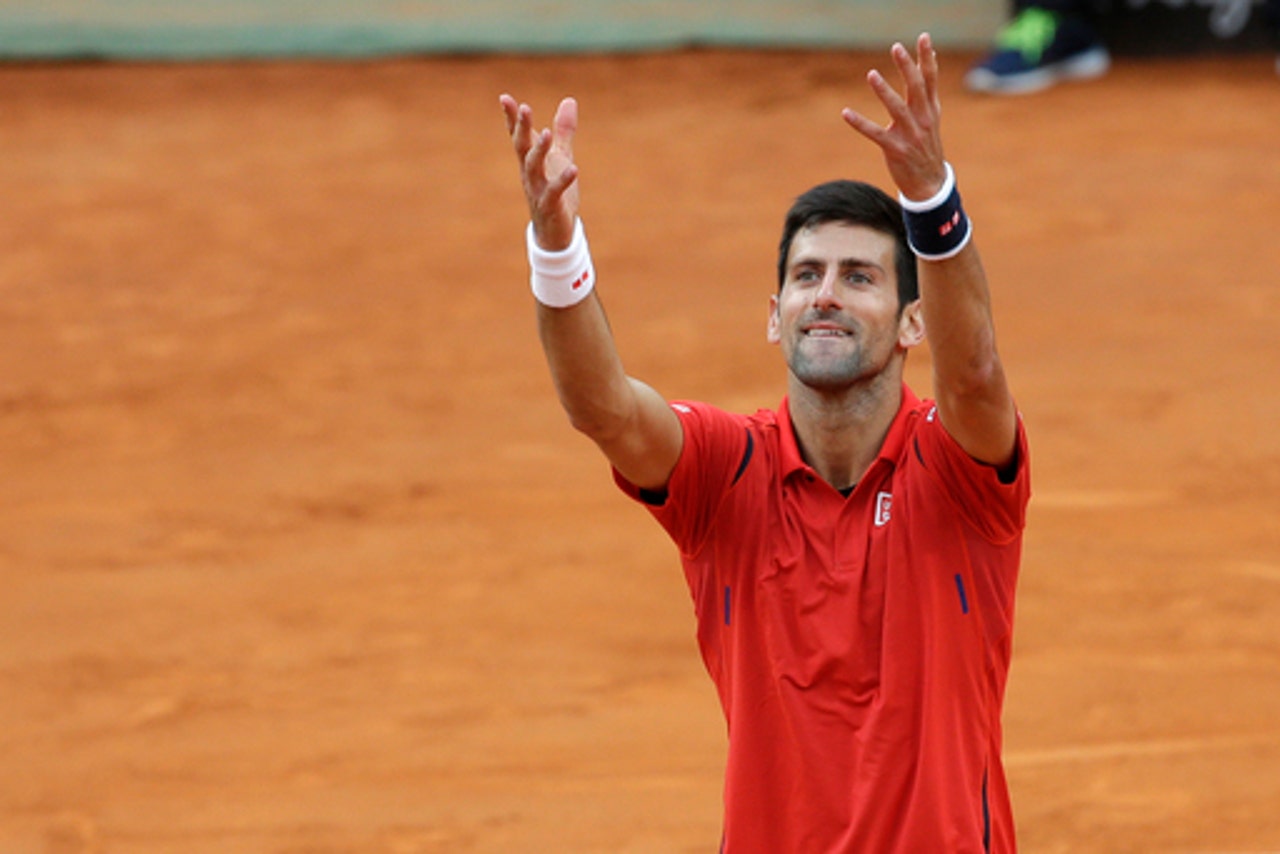 ROME (AP) Novak Djokovic extended his recent mastery over Rafael Nadal with a 7-5, 7-6 (4) win in the Italian Open quarterfinals on Friday, coming from behind in both sets of a match he agreed was ''a classic.''

Nadal wasted five set points in the second set of an encounter that went nearly 2 1/2 hours.

''It felt definitely special to be on the court today playing against Rafa for several hours,'' Djokovic said. ''Thankfully, we didn't play (like in) Grand Slams, best of five. Who knows when this match would finish?''

Djokovic has beaten Nadal in the last seven of their 49 encounters, the most in the Open Era. Overall, Djokovic leads the series 26-23.

This was their last opportunity to play each other before the French Open, which starts in nine days.

While Djokovic has won 15 straight sets against Nadal, this marked their closest match since Nadal won the 2014 French Open final.

''I was not disappointed,'' Nadal said. ''Overall, I am playing well. ... I have been competing at the highest level against the best player.''

Djokovic's semifinal opponent will be either Kei Nishikori or Dominic Thiem.

In the other half of the draw, Andy Murray overcame some trouble on his service games to beat David Goffin 6-1, 7-5 and improve his record on clay this year and last to 27-3.

''I'm getting rewarded now for the work that I put in over the years on this surface,'' Murray said. ''I deserve it because I have worked hard for it.''

Murray's semifinal opponent was French qualifier Lucas Pouille, who advanced when Argentine opponent Juan Monaco withdrew. Organizers said Monaco had a problem with his left side.

In the women's quarterfinals, top-ranked Serena Williams routed Svetlana Kuznetsova 6-2, 6-0 and will play Irina-Camelia Begu of Romania, who defeated Misaki Doi of Japan 6-2, 7-6 (3).

Seven-time champion Nadal and four-time winner Djokovic have combined to win the last 11 titles at the Foro Italico, and their match was billed as ''a premature final.''

Djokovic closed out the first set by sticking out his racket at the last second for a volley winner to finish off a close exchange at the net, concluding a long point that also saw the Serb spinning around far behind the baseline to retrieve a shot with a desperation backhand.

Djokovic reacted to winning the first set with a big fist pump, but then after dropping his serve to start the second he slammed his racket to the clay in frustration.

Nadal called for a trainer to examine his left foot while leading 2-1 in the second set, apparently because the Spaniard was having trouble feeling his foot. The trainer tapped around in a few areas to see if Nadal could feel anything then cut off supportive tape around his ankle.

Serving for the second set at 5-4, Nadal wasted five chances to push it to a third, then shanked a forehand off his racket frame into the stands to set up Djokovic's first break point of the set, which the Serb promptly converted.

Nadal was also up a break early in the first set.

''Towards the end of both sets I managed to find an extra gear and come up with some important play - aggressive play,'' Djokovic said. ''I won maybe a couple of points more than him in the match, so that says enough about how even this encounter was.''

Murray, meanwhile, hasn't dropped a set this week and was a finalist at last week's Madrid Open. He'll return to No. 2 in the rankings ahead of Roger Federer on Monday. The 52nd-ranked Pouille gained a spot in the tournament as a lucky loser after Jo-Wilfried Tsonga withdrew because of an adductor injury.