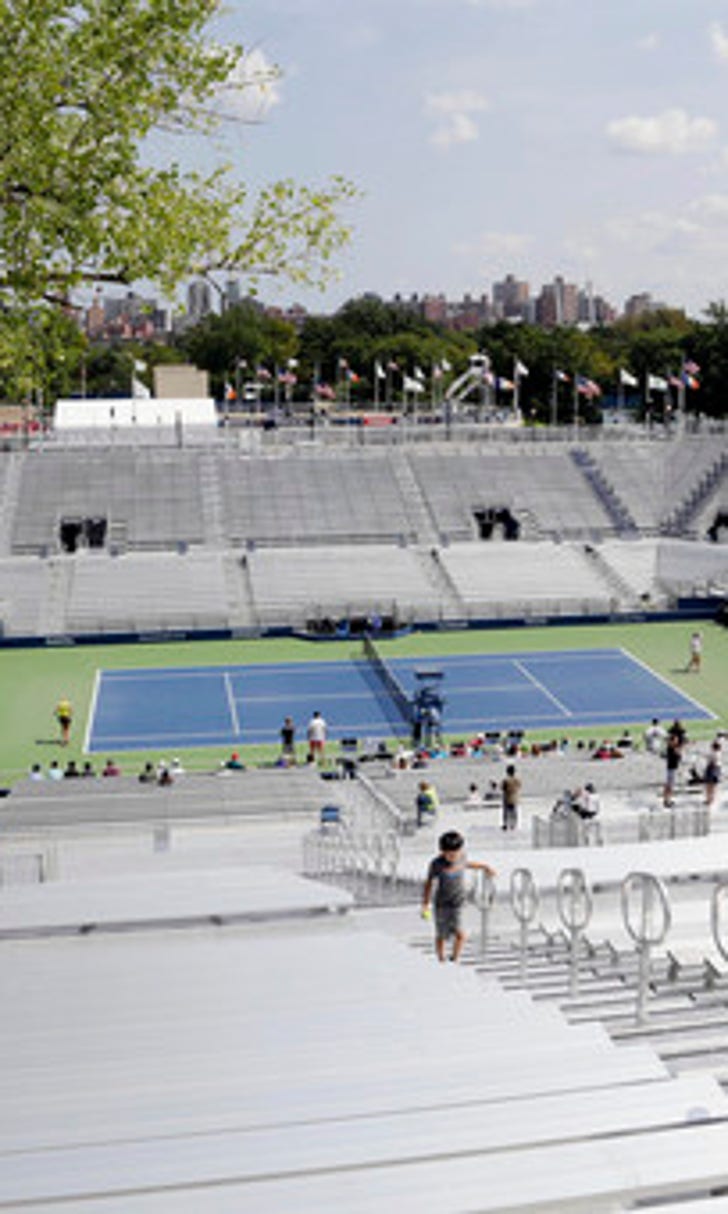 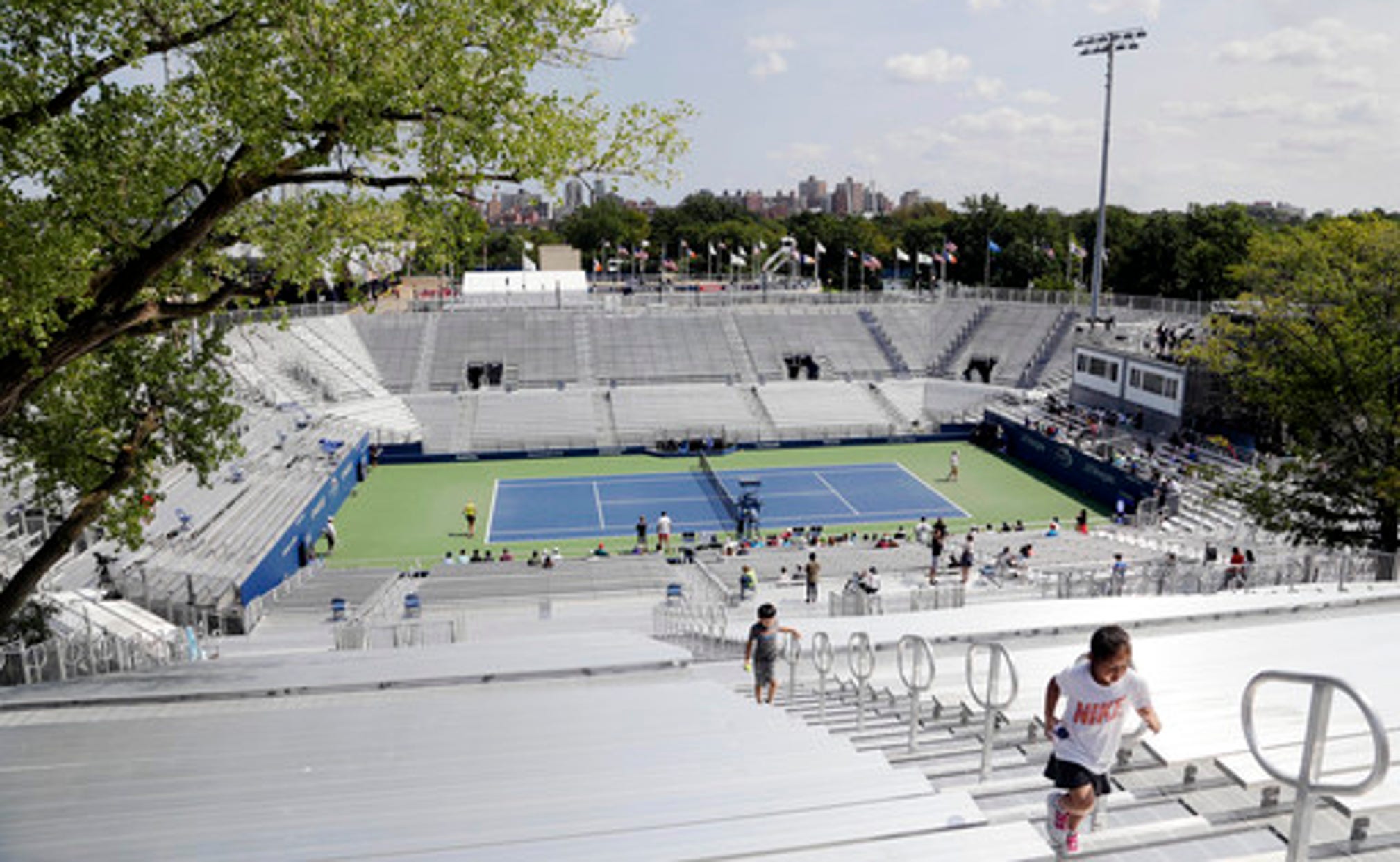 As new Armstrong rises, US Open has a temporary tennis court

NEW YORK (AP) John Isner pointed to a photo on the wall, showing Louis Armstrong Stadium when it was one of the grandest stages in tennis.

Now it's a construction site.

So Isner had to play his opening-round match Monday on a temporary court that looked like it belonged at a lower-tier tournament instead of the U.S. Open.

The 10th-seeded American beat Pierre-Hugues of France 6-1, 6-3, 4-6, 6-3 and said there wasn't much difference, no matter how strange it may have appeared to spectators.

''Ever seen the old movie `Hoosiers?' Every basket is 10 feet. A tennis court is a tennis court. It's the same,'' Isner said. ''Visually maybe a little bit different. After a couple games, you get used to it. That's all there is to it.''

Armstrong was once the main stadium at the U.S. Open before being replaced by 20-year-old Arthur Ashe Stadium. Armstrong was then downsized and kept as the No. 2 court, and now is being rebuilt as the latest project at the Billie Jean King National Tennis Center.

While that 14,000-seat facility with a retractable roof is being readied for a 2018 opening, the temporary Louis Armstrong venue holding about 8,500 was erected in between the construction site and the East Gate, with scaffolding and equipment rising high not far from the side of the court.

''It feels like the U.S. Open, but on the other hand it was a bit weird, I have to say,'' said Petra Kvitova, the No. 13 seed who beat Jelena Jankovic 7-5, 7-5 in the first match on the temporary Armstrong.

Armstrong had remained a favorite of fans who enjoyed the more intimate setting - or didn't want to pay the premium ticket prices at Ashe. The crowd seated on the steel bleachers during Isner's match wasn't huge but there were plenty of fans milling about outside the court, though it was unclear if they were waiting to re-enter or on line for the temporary restrooms located in trailers outside.

Isner said there was a different feel than the old Armstrong, where he beat Frenchman Gael Monfils in a memorable four-setter under the lights.

But it was a feel he enjoyed.