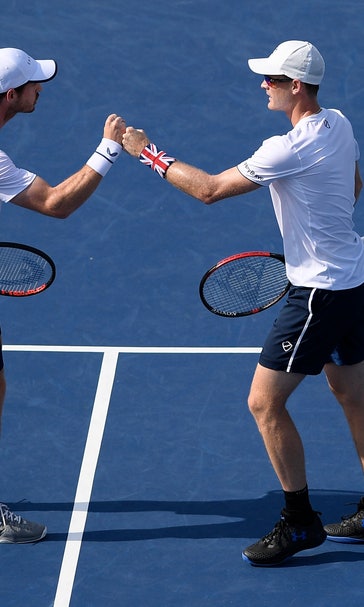 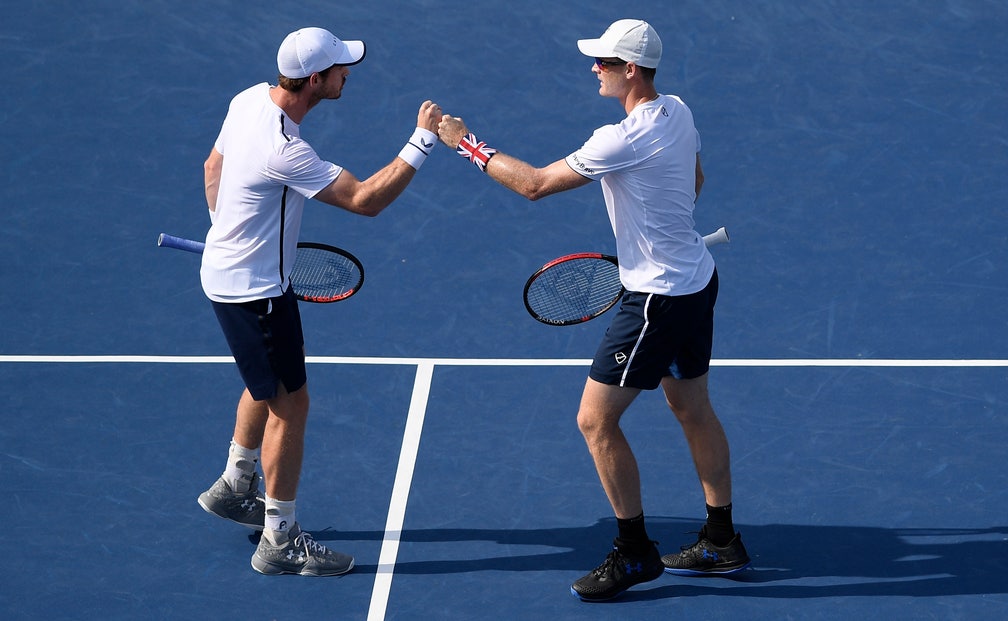 WASHINGTON (AP) — Brothers Andy and Jamie Murray have advanced in doubles at the Citi Open.

The Scottish brothers beat France's Nicolas Mahut and Edouard Roger-Vasselin 6-4, 6-7(7), 10-5 on Wednesday to advance to the quarterfinals. They rallied to win on their fourth match point.

Former No. 1-ranked Andy Murray and his brother, who was once ranked No. 1 in doubles, are teaming up for the first time since 2016. The field at the Citi Open features the top 10 doubles players in the world.

On the women's side, No. 3 seed Sofia Kenin was upset by fellow American Lauren Davis, 5-7, 6-3, 6-4, and Jessica Pegula beat Iga Swiatek 5-7, 6-4, 6-1. Kenin's exit followed a stunning Tuesday when top-seeded Sloane Stephens and Wimbledon star Coco Gauff were knocked out of the tournament.

Social Roundup: April 6
With play suspended across all professional sports leagues, athletes are spending more time on social media than ever before.
April 6

Saving Serbia
The world's No. 1 ranked male tennis player Novak Djokovic is donating one million euros for the purchase of medical equipment in Serbia.
April 2

Grand Slammed
Roger Federer, Serena Williams and others are taking to social media in the wake of Wimbledon's cancellation.
April 1

Social Roundup: March 30
With play suspended across all professional sports leagues, athletes are spending more time on social media than ever before.
March 30
those were the latest stories
Want to see more?
View All Stories
Fox Sports™ and © 2020 Fox Media LLC and Fox Sports Interactive Media, LLC. All rights reserved. Use of this website (including any and all parts and components) constitutes your acceptance of these Terms of Use and Updated Privacy Policy . Advertising Choices . Do Not Sell my Personal Info