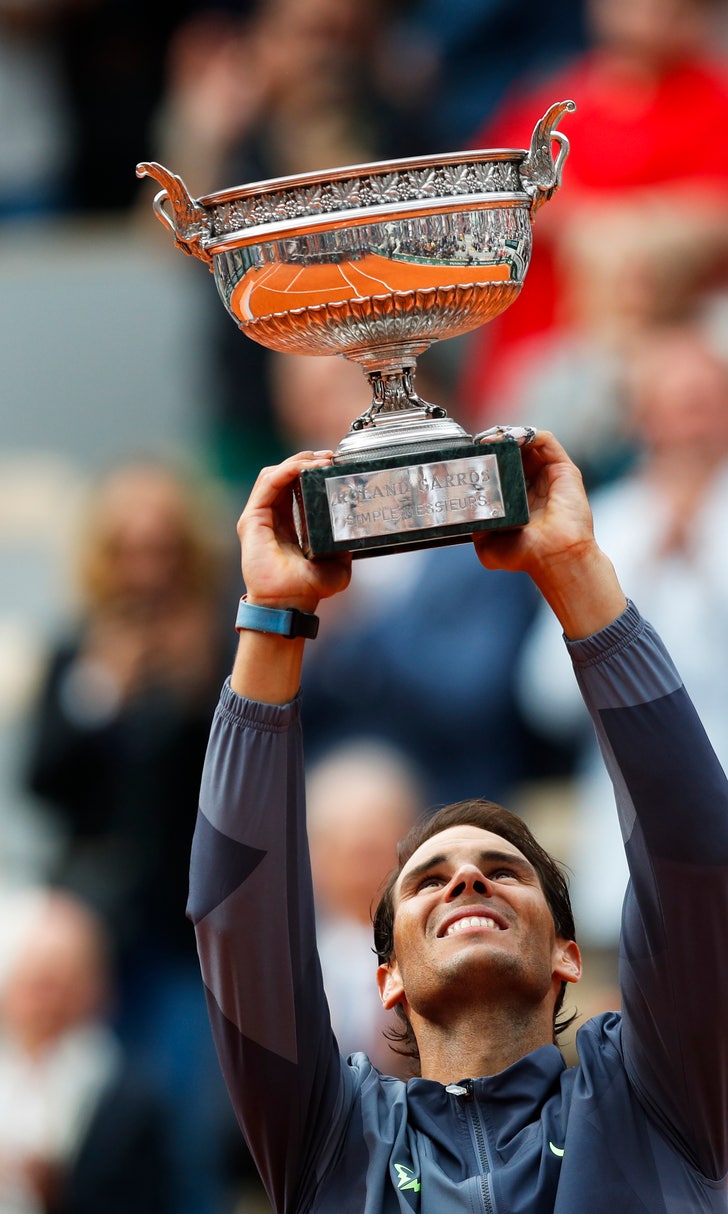 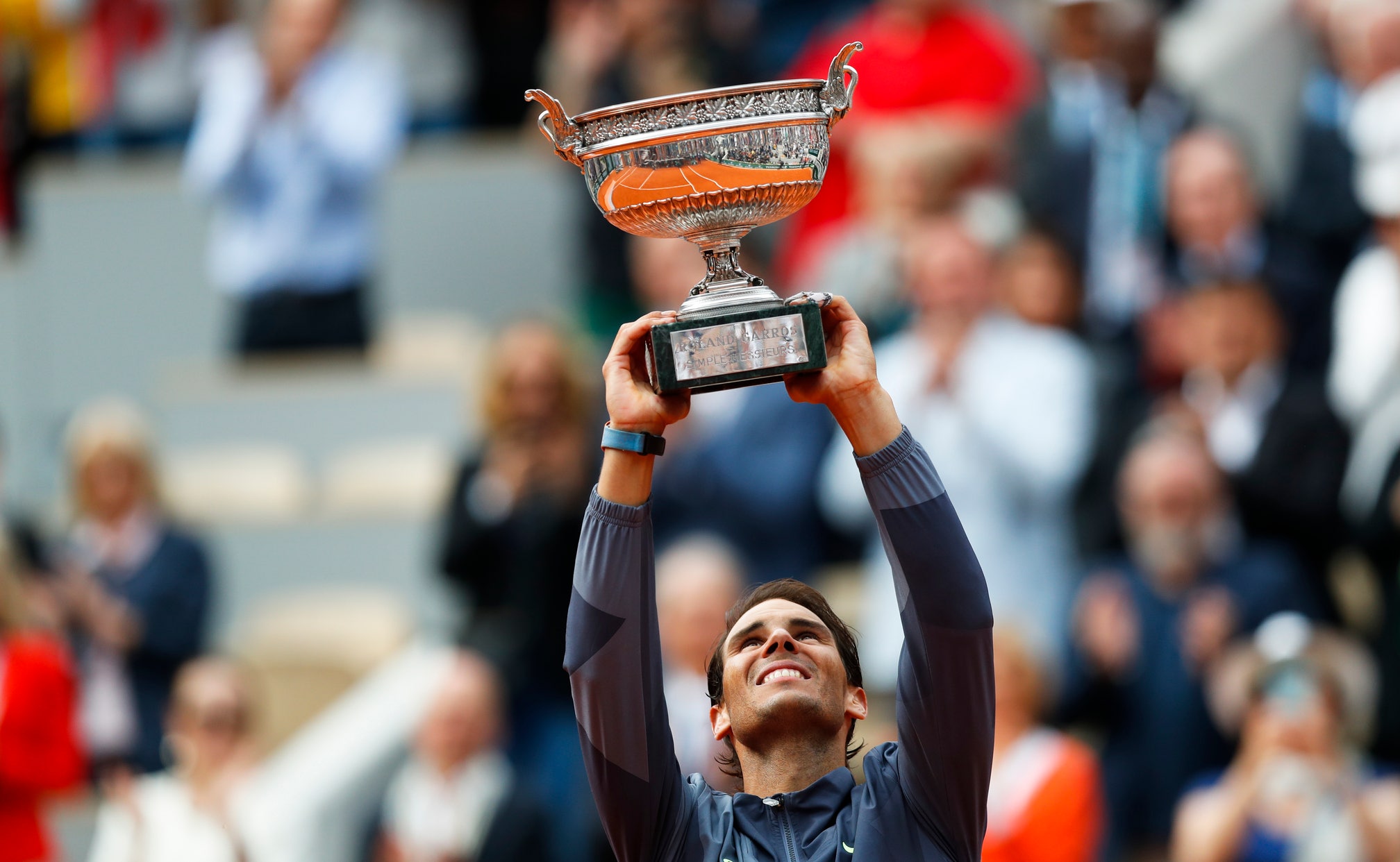 Analysis: Nadal, and everyone else, should stop doubting him

PARIS (AP) — This time, about a month out, even Rafael Nadal had his doubts about what his chances were going to be for yet another French Open title.

He wasn't alone. But that part was nothing new: Folks have been questioning him for years, wondering when his body would break down for good, when his impossible-to-believe run of success at Roland Garros would stop, when someone new would come along with the skill, strength and stamina to knock the crown off the King of Clay's head.

This time, it was Nadal who was filled with real worry. He entered May without a title, the first season since 2004 that happened to him. He missed the end of last season with a bad right knee, needed offseason ankle surgery, then pulled out of a match in March because the knee flared up again. The health concerns, which long had cropped up, were now piling up.

"Too many issues the last 18 months. So that's makes these last few weeks very, very special," Nadal was able to say Sunday night.

"Mentally, I was down. Physically and mentally," he said, rapping his right fingers on his temple. "But for me, I always put more attention on the mental side."

All of that angst he spoke about seemed so irrelevant to anyone watching Nadal as he took a tight final against Dominic Thiem and tore it open, quickly as can be, taking 11 straight points to open the third set and 12 of the last 14 games for a 6-3, 5-7, 6-1, 6-1 victory.

That gave Nadal a 12th trophy at Roland Garros and 18 major championships in all, just two behind Roger Federer's record for men.

But here might be the biggest lesson for Nadal himself, and for those who follow, and talk about, tennis: Stop thinking Nadal can't keep coming back and can't keep adding to his resume.

Because he will do whatever it takes to not only stay where he is, but also to get better.

Just one example: Nadal has long been thought of as the ultimate baseliner, someone who will get to every ball back there and wallop it back over the net. Yet there he was in Court Philippe Chatrier, showing off a less-appreciated aspect of his game, by volleying impeccably and winning 23 of 27 points when he moved forward.

He's constantly putting the work to adjust a stroke or element of strategy.

"He improves and develops his game," Thiem said. "I mean, if he wouldn't do that, for sure he wouldn't have that success every year in this tournament."

As down as Nadal might have felt, he was not going to give up.

"He had an unbelievable attitude in those bad moments, and that's what took him here today," said Nadal's coach, Carlos Moya, the 1998 French Open champion. "Hats off to what he's done this month and a half, because it's easy to play well when all the things are working well. But what he's been through these last couple of months is showing what a competitor he is and mentally that he's a genius."

Nadal's next tournament will be Wimbledon, where play begins in three weeks. He won't enter a grass-court tuneup event, figuring that time off to rest is what he needs more than anything else.

Inevitably, a reporter brought up the topic of chasing Federer, now that he's so close behind.

And just as inevitably, Nadal played down such talk.

Did it charmingly, too.

"I never tried to think about, 'Well, I'm going to catch Roger' or not. Being honest, I am not very worried about this stuff, no?" Nadal said. "You can't be frustrated all the time because the neighbor has a bigger house than you or a bigger TV or better garden. That's not the way that I see the life, you know."

A moment later, he went on: "If, at the end of my career, I am able to win a couple of more Grand Slams and be closer to Roger, (it) will be unbelievable. If not, for me, still unbelievable, no?"

Nadal said Federer's record was the last thing on his mind before he was asked about it.

What was he thinking about, then?

"Here I am, at the age of 33, enjoying, playing good tennis," Nadal said, "and let's see for how long I am able to manage and to continue this."