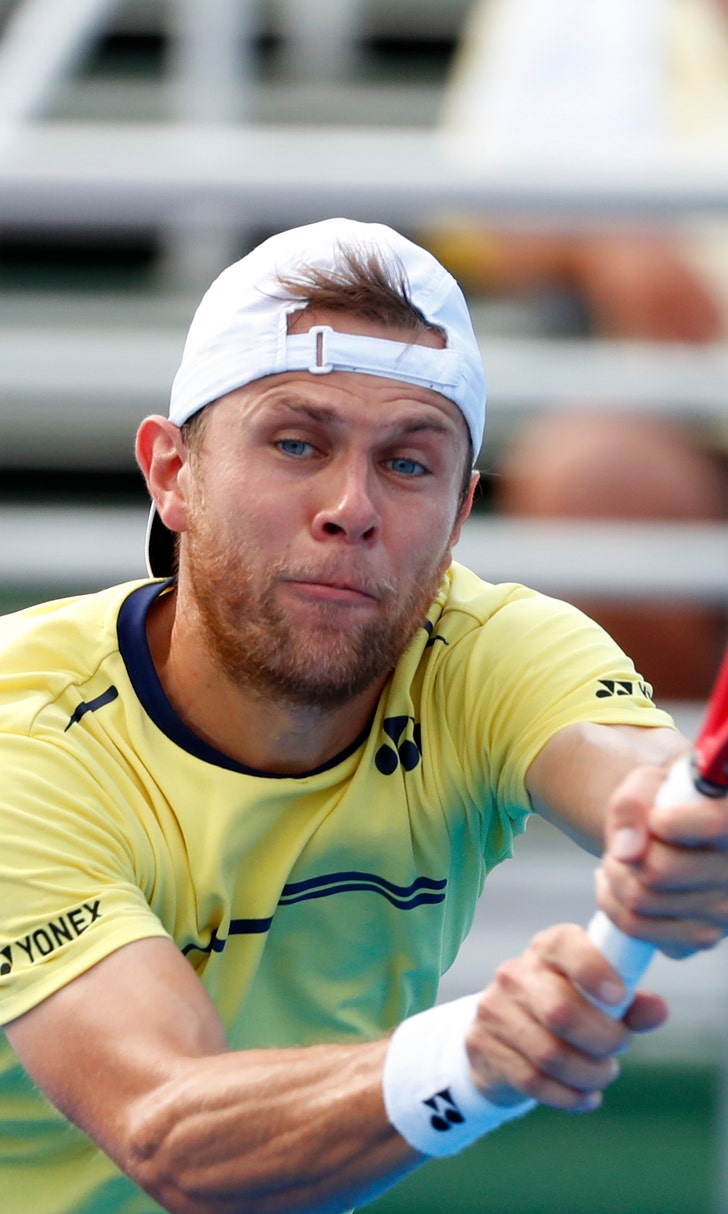 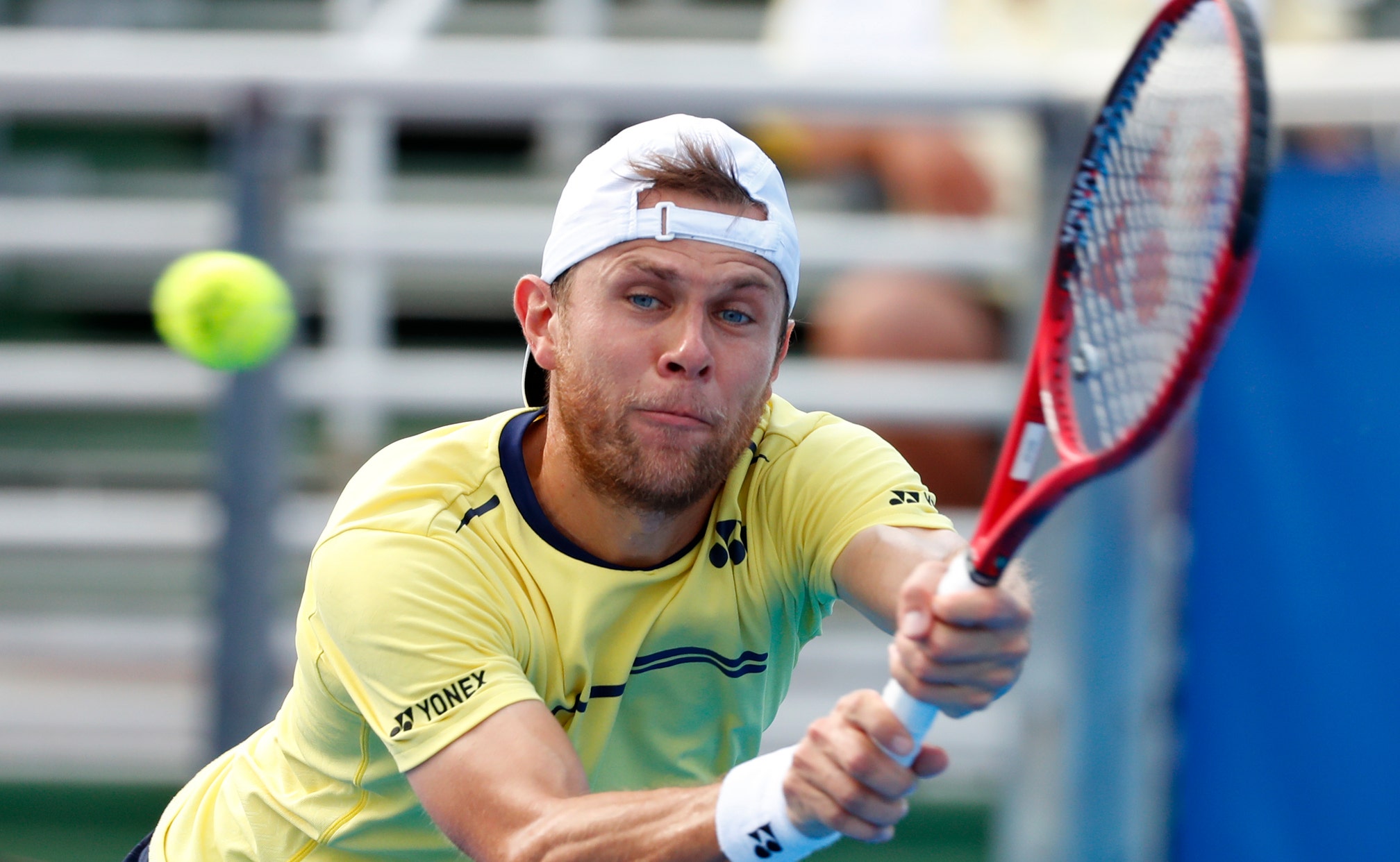 "I think a lot of people were watching, especially my parents and my friends, and I want to say 'Hi' to my parents because they watched all my matches and I played all the time in the night so they didn't sleep I don't think," Albot said. "I think it's pretty difficult to explain with words how this feels."

The 82nd-ranked Albot won in his first career final when Evans double-faulted on the final point. The Moldovan saved three match points earlier in the tiebreaker.

"It's easy to say I didn't take those match points but I think he played great when he needed to play great," Evans said. "He played some really great tennis at the end when he needed it. I left it all out there."

Albot was taken to three sets in his last four matches this week, and won his last three matches from a one-set deficit.

"It was not in the plan, losing the first set and coming back," Albot said. "It worked how pretty good this week. When you lose a set it's not losing the match because you have to win two sets."

Albot led 2-1 in the third set with a service break when the match was stalled by a 56-minute rain delay.

The first Moldovan in the top 100, Albot should move up to the low 50s in Monday's ranking.

It was the second final of Evans' career. He lost to Gilles Muller in the 2017 Sydney final.

Of the three match points Evans had the second one at 6-5 was the most disappointing. His ball was called out and he successfully challenged the call, but because Albot had a play on the ball they had to replay the point.

"We all want to win and I put myself in position to win and I came up short," Evans said. "It was high quality but in my opinion I've got to win that match."