Witness: Exec said Qatar had up to $15M available for bribes

NEW YORK (AP) The former president of Colombia's soccer federation testified Monday that a sports marketing executive told him up to $15 million in bribe money was available for South American officials from Qatari interests ahead of the FIFA executive committee vote to decide the site of the 2022 World Cup.

Taking the witness stand as the trial of three former soccer officials entered its third week, Luis Bedoya said he was introduced to a Qatari television representative by Mariano Jinkis of Full Play Group during a meeting in a Madrid hotel ahead of the 2010 Champions League final. Bedoya said he could not recall the name of the Qatari.

Jinkis said Luis Chiriboga, then president of Ecuador's federation, was with them, and Juan Angel Napout, then president of Paraguay's soccer federation, was at an adjacent table. Bedoya testified that he, Napout and Chiriboga were among six heads of South American governing bodies who earlier had agreed to accept bribes from Full Play for signing a marketing and broadcast rights contract in 2010 for future Copa America tournaments.

Bedoya said the Qatari spoke in English as Jinkis translated. Bedoya said after the Qatari left, Jinkis stated that Qatar was seeking South American support in the FIFA executive committee and ''he could ask for $10 million or $15 million and he could divide it up between all of the people in the group of six.'' Bedoya said Jinkis added ''each of us could make $1 million or $1.5 million.''

While none of the six was on the FIFA executive committee for the 2010 vote, Jinkis said Qataris wanted to influence South America's three voters: Julio Grondona of Argentina, Nicolas Leoz of Paraguay and Ricardo Teixeira of Brazil.

Bedoya said that later that year, he presented Eduardo Deluca of Argentina, the general secretary of the South American confederation CONMEBOL, with a letter stating that the Colombia Football Federation was supporting Spain in the vote for 2018 World Cup host and the United States for 2022. Bedoya said Deluca told him: ''You're always with losers.''

In a December 2010 vote, Russia was awarded the 2018 tournament and Qatar 2022. Bedoya said Jinkis later told him jokingly: ''We could have made some money there.''

A former member of FIFA's executive committee, Bedoya pleaded guilty in 2015 to racketeering conspiracy and wire fraud conspiracy. He said Monday he accepted more than $3 million in bribes from 2007-15 but used only a minimum amount and that the remainder of the money had been turned over to U.S. prosecutors.

Testifying in Spanish through a translator, Bedoya said Fox Sports paid for his and Chiriboga's trips to the 2010 Champions League final, which the network televised in the U.S. He gave a colorful account of meeting Grondona, saying the session was held in a small room of a Buenos Aires gas station owned by the Argentine, so tiny that Deluca had to stand in the doorway.

He said Grondona wore a ring that soccer officials felt compelled to kiss that had the words inscribed ''Todo pasa (Everything passes).'' Grondona removed the ring after his wife died.

Bedoya said the presidents of the governing bodies of Bolivia, Colombia, Ecuador, Paraguay, Peru and Venezuela banded together to award commercial rights to the 2015 Copa America to Full Play rather than rival Traffic Group, which held them from 1987-2011.

He said a contract with Full Play Group was signed during the 2010 FIFA Congress in South Africa, and each of the six federation heads in the group was to receive a $1 million bribe in two equal installments. He said Napout indicated he was concerned that he ''not be exposed'' and Burga said ''he didn't know how to receive money of this type.''

Bedoya said he also met with Grondona, who referred to the six as ''Los Muchachos (The Boys)'' and said each would get a $400,000 bribe annually for supporting Torneos y Competencias' contract for rights to the Copa Libertadores tournament. Bedoya said the bribe for himself and Chiriboga later was increased to $600,000.

Bedoya said Full Play set up a ''paper'' company named Flemic that listed Bedoya as general manager. Bedoya also said on one occasion he asked for a payment in cash as a favor and was given about $96,000 in $100 U.S. bills by Jinkis, who said approximately $4,000 was deduced for the cost of a money-changer's commission.

In addition, Bedoya said a representative of Nike, whose name he did not recall, asked for a bribe during negotiations for an equipment contract with Colombia's federation. Bedoya said no payment was made and the contract was agreed to with rival Adidas.

In response to the allegation, a Nike spokeswoman, Ilana Finley, repeated a previous statement that Nike ''strongly opposes any form of manipulation or bribery'' and is cooperating with investigators. 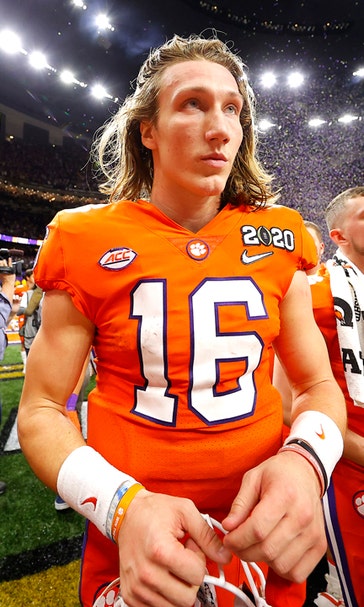 2021 NFL Mock Draft 3.0: 3 QBs in the Top 4 picks as the Patriots slide
It’s a far better QB draft than 2020, and the defensive back class has the potential to be one of the best in several years.
June 7
those were the latest stories
Want to see more?
View All Stories
Fox Sports™ and © 2020 Fox Media LLC and Fox Sports Interactive Media, LLC. All rights reserved. Use of this website (including any and all parts and components) constitutes your acceptance of these Terms of Use and Updated Privacy Policy . Advertising Choices . Do Not Sell my Personal Info