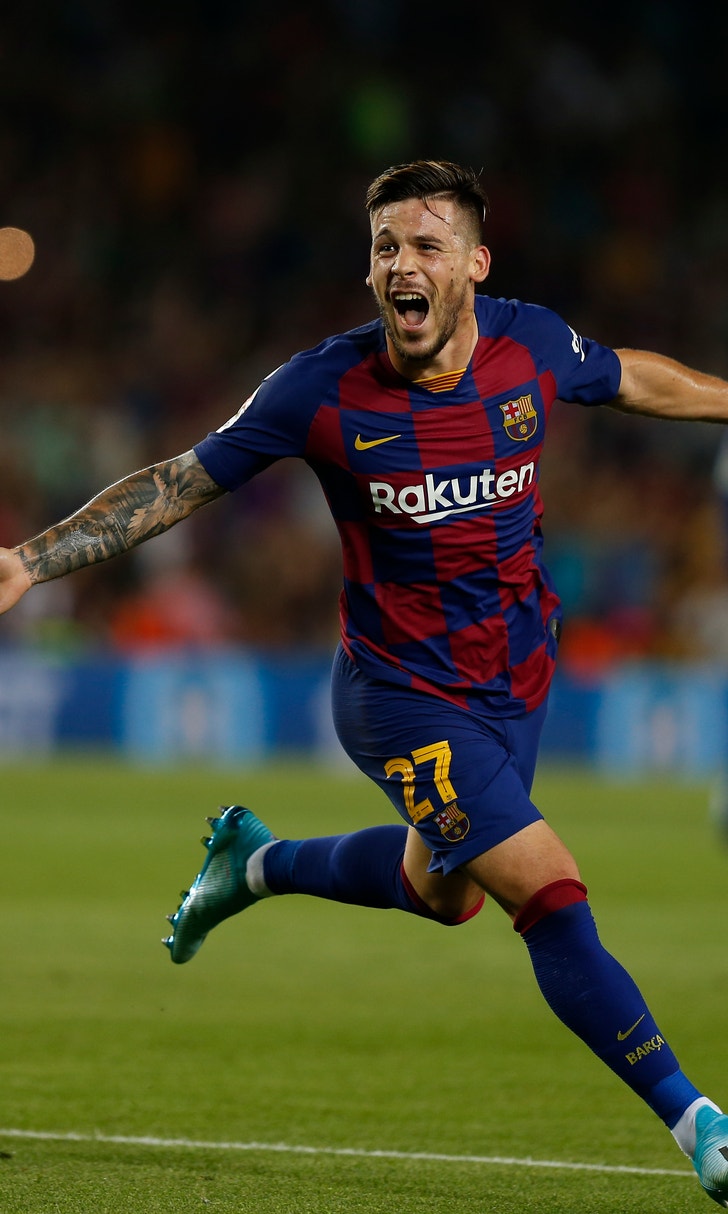 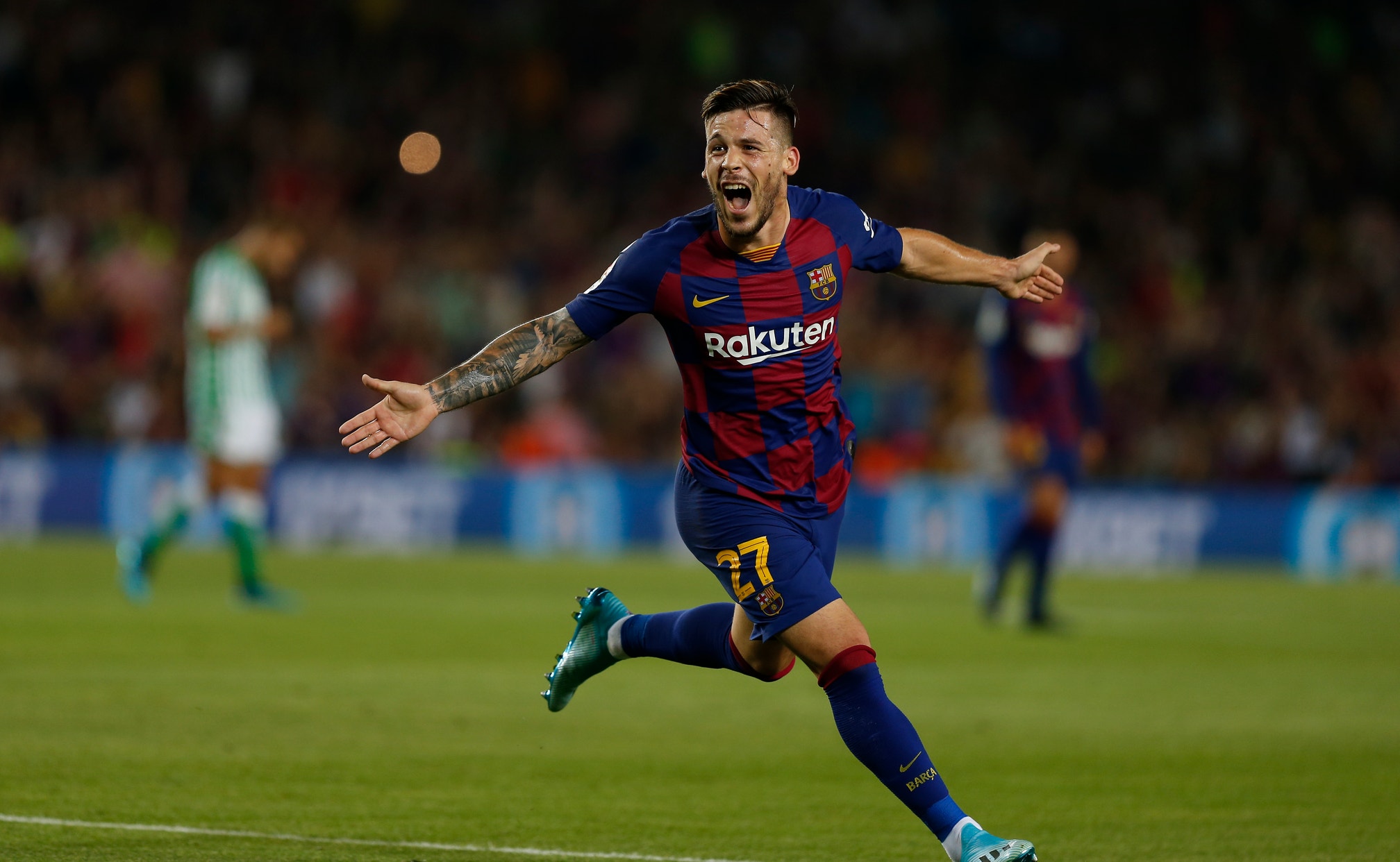 With stars out injured Barcelona promotes its youngsters

MADRID (AP) — After watching Barcelona rout Real Betis from the stands, the injured Lionel Messi went down to the dressing room to give a special hug to a couple of youngsters on the team.

He embraced the 21-year-old Carles Pérez, who had just scored his first goal with the senior team, and the 16-year-old Ansu Fati, who had made his debut.

Both helped in Barcelona's 5-2 win on Sunday, the team's first in the Spanish league this season.

"Great game from everyone," Messi said in an Instagram post that included a photo of him hugging Fati. "Happy to see the academy guys fulfilling their dreams of making it to the first team and scoring at the Camp Nou in an official match."

Barcelona took the opportunity to promote the youngsters as Messi, Luis Suárez and Ousmane Dembele were all out injured. Newly signed forward Antoine Griezmann was the main attraction at the home opener, scoring twice — his first goals since joining from Atletico Madrid.

Pérez was making only his third appearance with the first team, and his first start. The forward had come off the bench in the last game of last season and in the first of this season. He scored after beating a defender inside the area and hitting a well-placed low shot into the corner.

"It was special to celebrate with the fans," Pérez said. "For a player from the academy like me, it's important to play my first match at the Camp Nou."

Fati had participated in only a few practice sessions before becoming the second youngest to play with Barcelona in the Spanish league.

The speedy forward came off the bench to replace Pérez in the 78th and immediately showed signs of his talent. He made a couple of good runs and nearly scored with a low shot that missed wide.

"The truth is that I was very nervous," Fati said. "I stayed on the field for a while after the game because I just couldn't believe it. I'm very thankful."

Zinedine Zidane feels he has pinpointed the problem that held Real Madrid back this weekend: poor mental focus

Zidane wasn't too worried with the team's performance in the disappointing 1-1 home draw against Valladolid on Saturday, but he was concerned with how the team reacted mentally.

Zidane lamented the lack of concentration that allowed Valladolid to score an 88th-minute equalizer only a few minutes after Karim Benzema had broken the deadlock to put Madrid ahead at the Santiago Bernabéu Stadium.

Valladolid's equalizer came after a poor back pass from Vinícius Júnior to Toni Kroos that led to a counterattack with the defense caught off guard.

Madrid started the season with a 3-1 win at Celta Vigo.

Vinícius Júnior appears to be losing space in Zinedine Zidane's Real Madrid. The 19-year-old Brazilian forward is in a difficult spot after being relegated to the bench in the game against Valladolid and failing to play well after entering the match.

Perhaps most worrying is that he was told to play in a position where is not used to playing, the right side of the attack, making it harder for him to perform well.

Another obstacle to the Brazilian is that Zidane is back on good terms with Gareth Bale, who has started both league games after he was expected to be sold.

Norway midfielder Martin Odegaard marked his return to the Spanish league by scoring Real Sociedad's winner at Mallorca on Sunday.

The 20-year-old player owned by Real Madrid is back in Spain after two seasons in the Dutch league.

He was signed as a 16-year-old by Real Madrid and was touted as one of Europe's most promising prospects at the time.