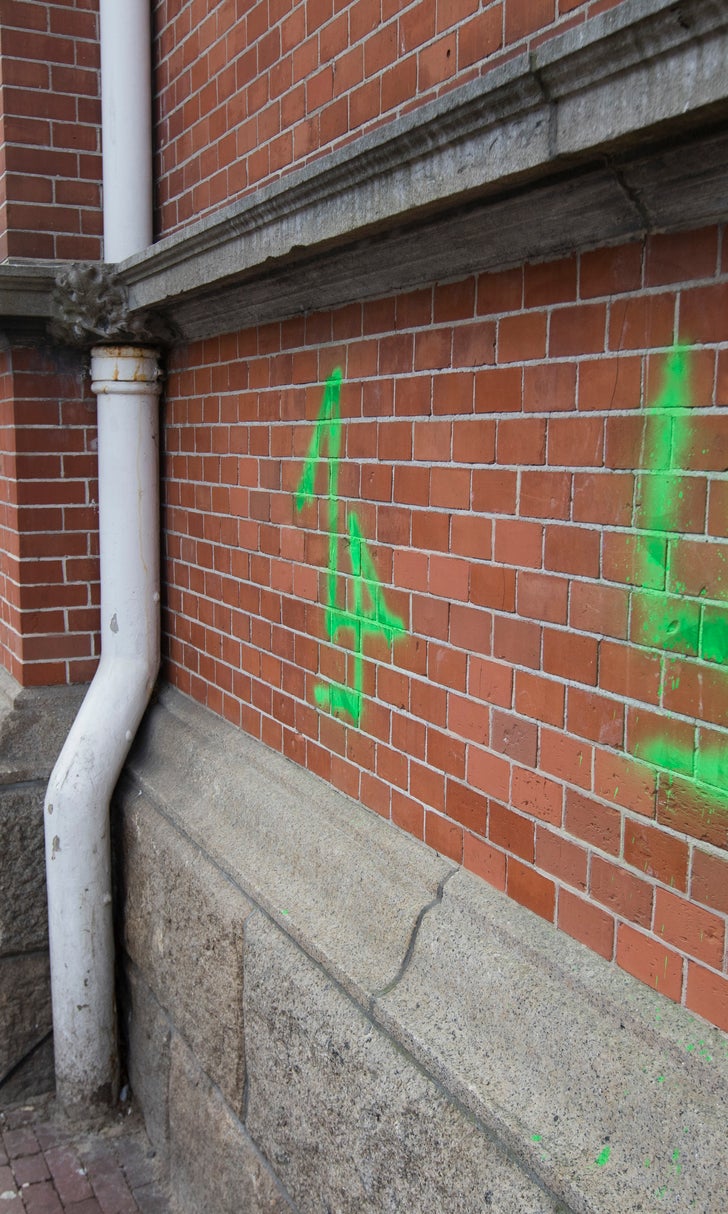 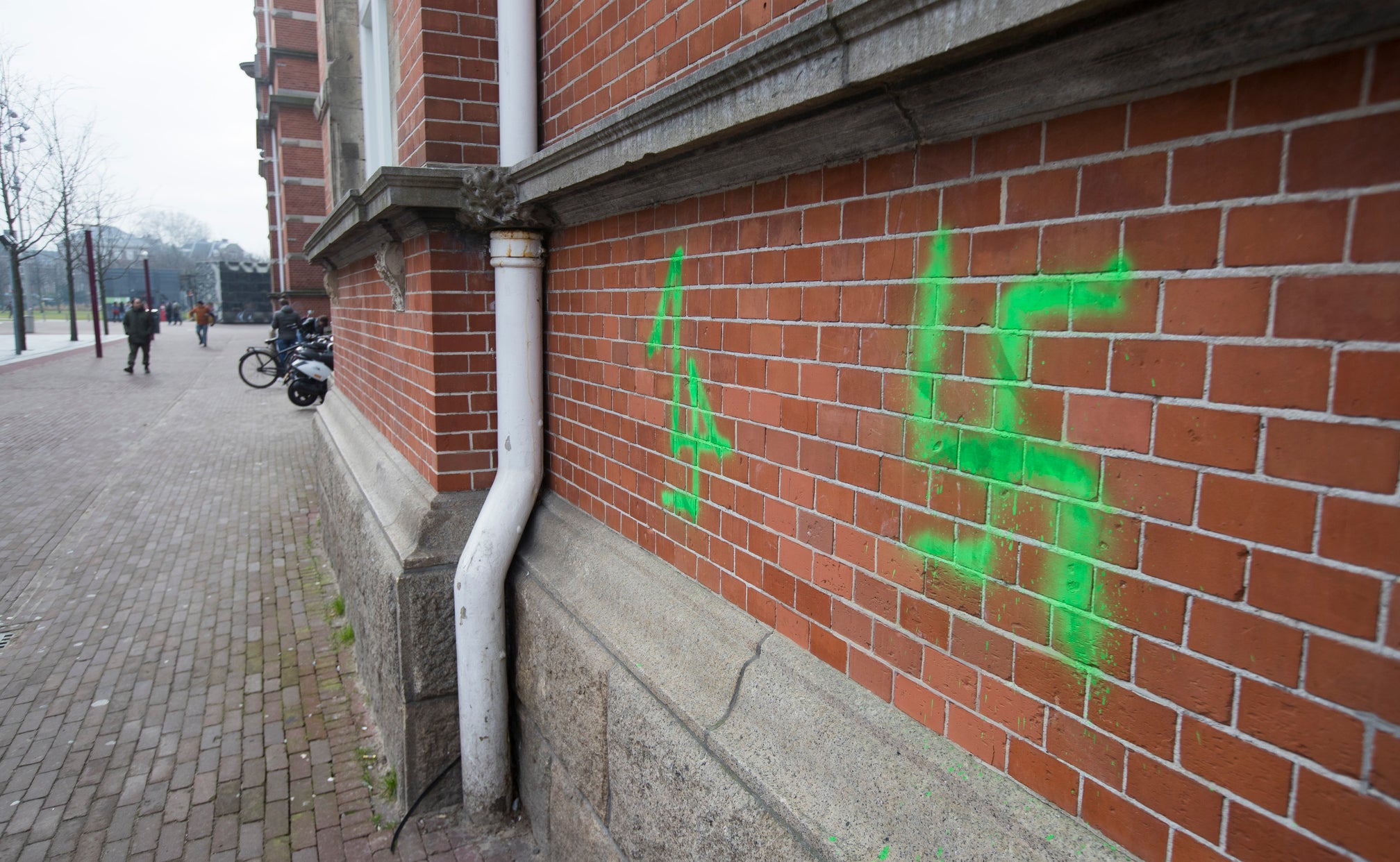 AMSTERDAM (AP) — Vandals suspected of being soccer hooligans from The Hague have painted graffiti including swastikas and anti-Semitic texts on buildings in Amsterdam.

The graffiti was discovered Friday, ahead of Sunday's Dutch league match between ADO The Hague and Ajax, which is based in Amsterdam.

Ajax is often portrayed as a club with historic links to Amsterdam's Jewish community.

A statue in Amsterdam that commemorates a general strike in 1941 to protest the rounding up of Jews by Nazi occupiers of the city during World War II was vandalized with green and yellow paint — the colors of ADO The Hague.

ADO director Mattijs Manders said in a statement that the club and its leadership "strongly reject these incomprehensible acts. It is disrespectful and sad."

"Rivalry in soccer is fine," he said. "But you have to treat one another with respect."

Ajax fans have been banned from attending matches at ADO since 2006, when hooligans from Amsterdam attacked a group of ADO fans, injuring several of them.