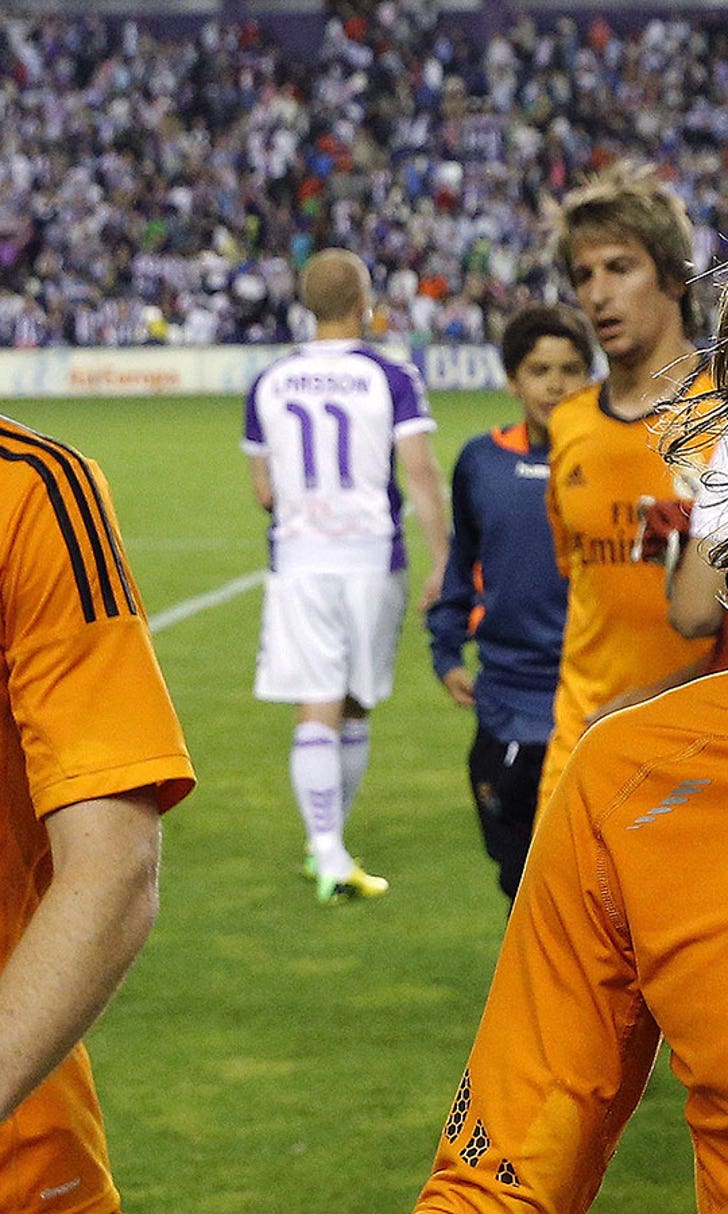 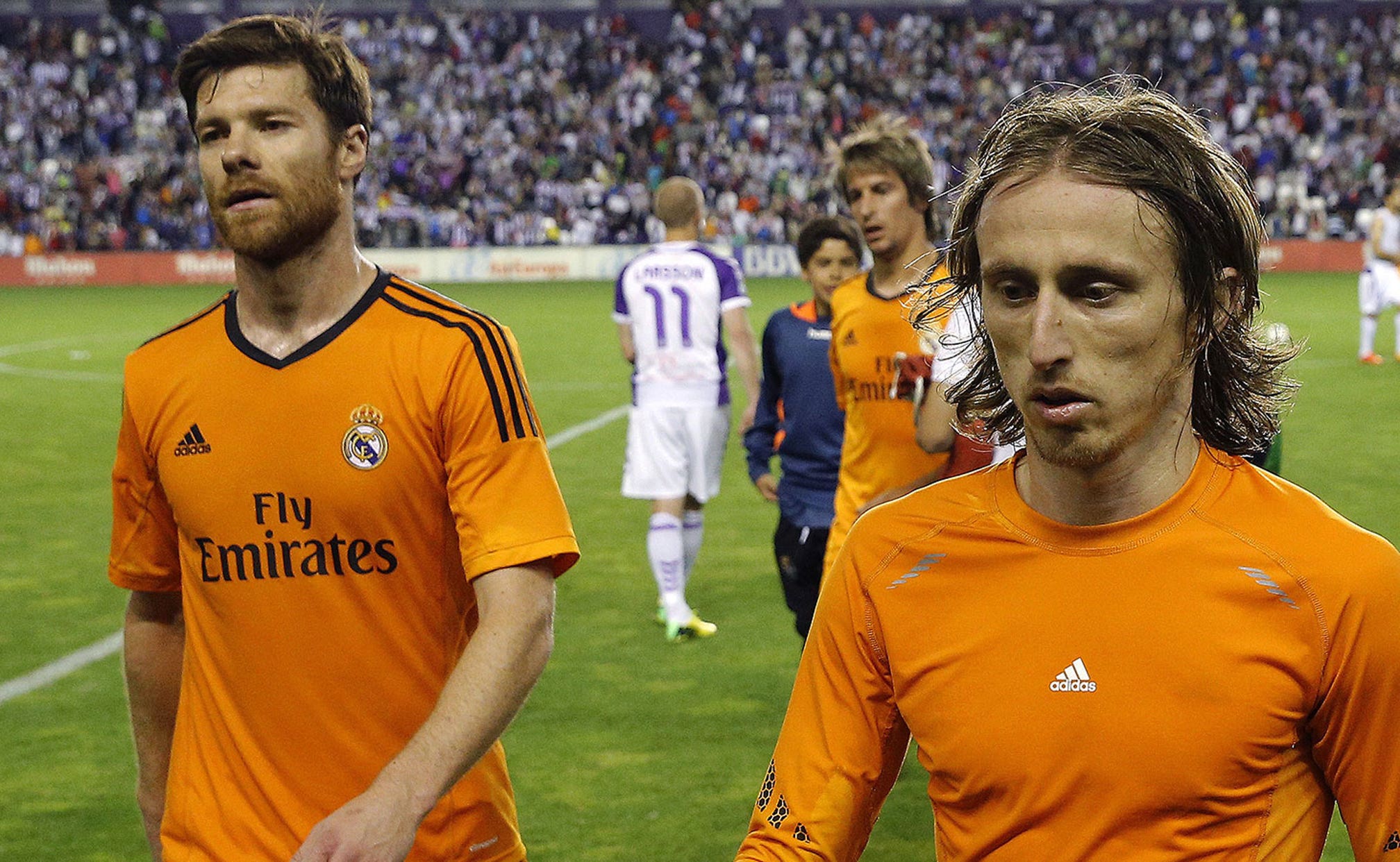 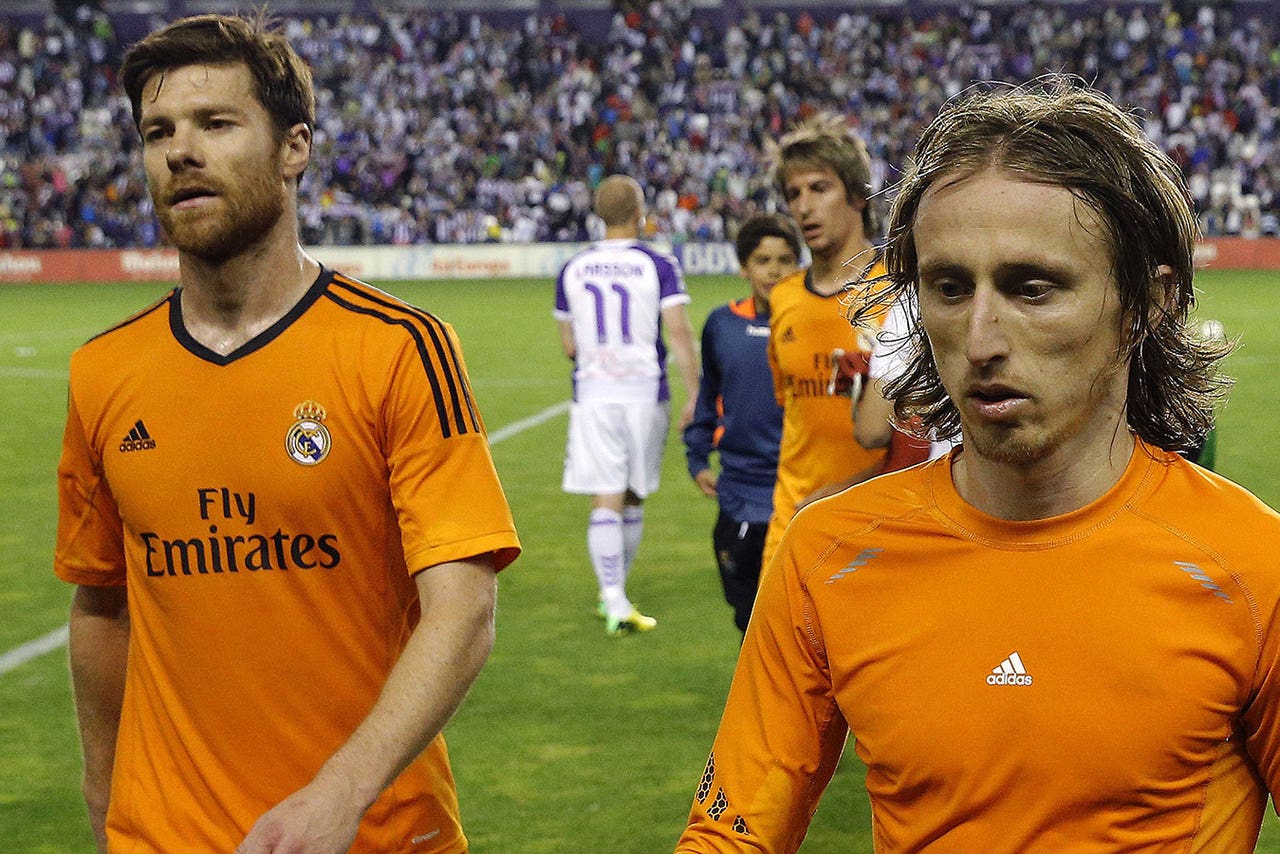 A late Osorio goal snatched a point for relegation threatened Valladolid as they held Real Madrid to a 1-1 draw at the Estadio Nuevo Jose Zorrilla.

Sergio Ramos lifted Los Blancos fans, who watched Cristiano Ronaldo go off injured early on, by hitting a superb free-kick to give the visitors the lead after they had to weather a storm from the hosts.

But just as they looked to have tied up the points, Osorio headed home in the closing stages to give his side a lifeline and leave Madrid almost needing a miracle to win the title.

Carlo Ancelotti's side, who knew this was a must-win after their 2-2 draw with Valencia at the weekend, were without the injured Gareth Bale, although Luka Modric was able to return after a calf problem.

The hosts had the better of the early exchanges, with Javi Guerra going close in the fifth minute. He peeled off his marker to head Carlos Pena's cross towards goal, but Iker Casillas was a relieved man as he watched it drift wide.

With Bale already missing, Los Blancos were dealt another hammer blow when Ronaldo was forced off with an injury in the eighth minute after he collided with a Valladolid defender.

Despite the setback, Madrid eased into the game as the first half wore on. They found a breakthrough 10 minutes before half-time, Ramos curling an exquisite free-kick past a despairing Jaime from just outside the box.

Ramos, who has now scored five goals in his last four games in all competitions, managed to find a perfect balance of pace and finesse to dip it up and over the wall, while also having enough swerve to deceive the goalkeeper and find the net.

Valladolid came out with renewed purpose after the interval, but their good work was constantly undone by a lack of cutting edge in the final third. Guerra had the best chance for the home side in the 66th minute, but his speculative overhead kick went inches wide with Casillas beaten after brilliant work from Zakarya Bergdich down the right.

Osorio got the goal they deserved five minutes from time, though, catching Madrid napping from Marc Valiente's corner to nod home the equalizer.

Madrid are still mathematically in the hunt for the league, even though they will be relying heavily on other results, but they will now be keeping their fingers crossed for fitness updates on Bale and Ronaldo with one eye on the UEFA Champions League final later this month.