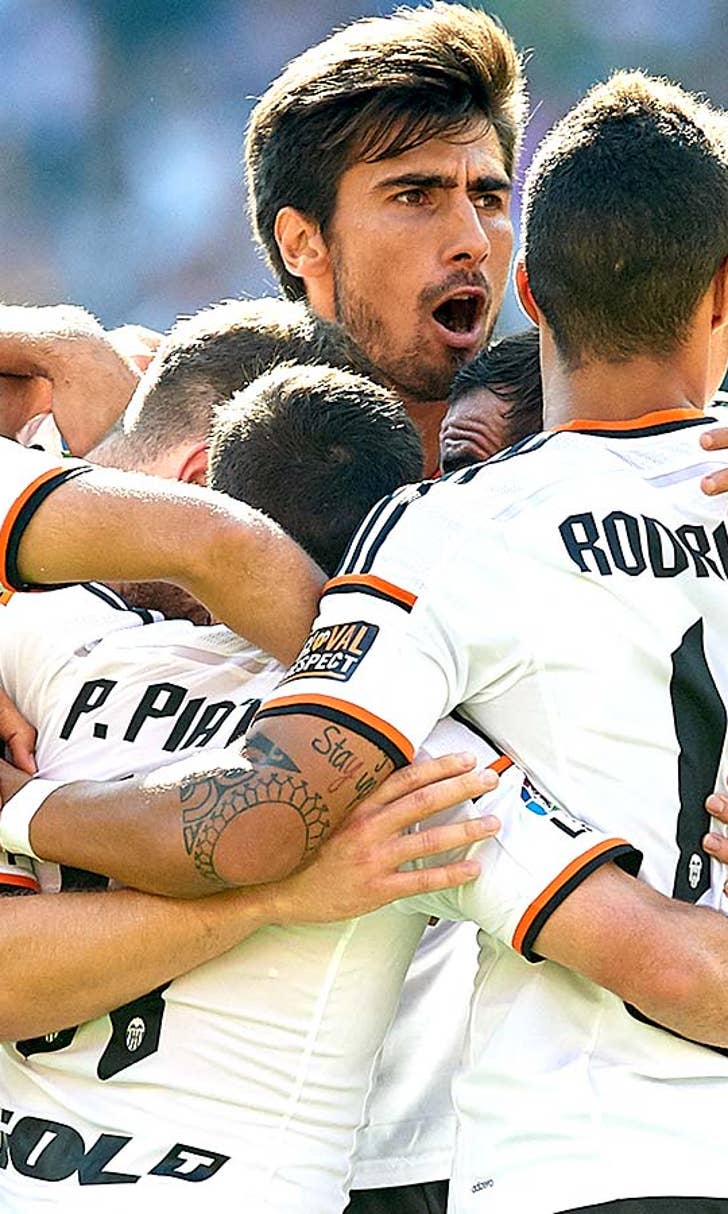 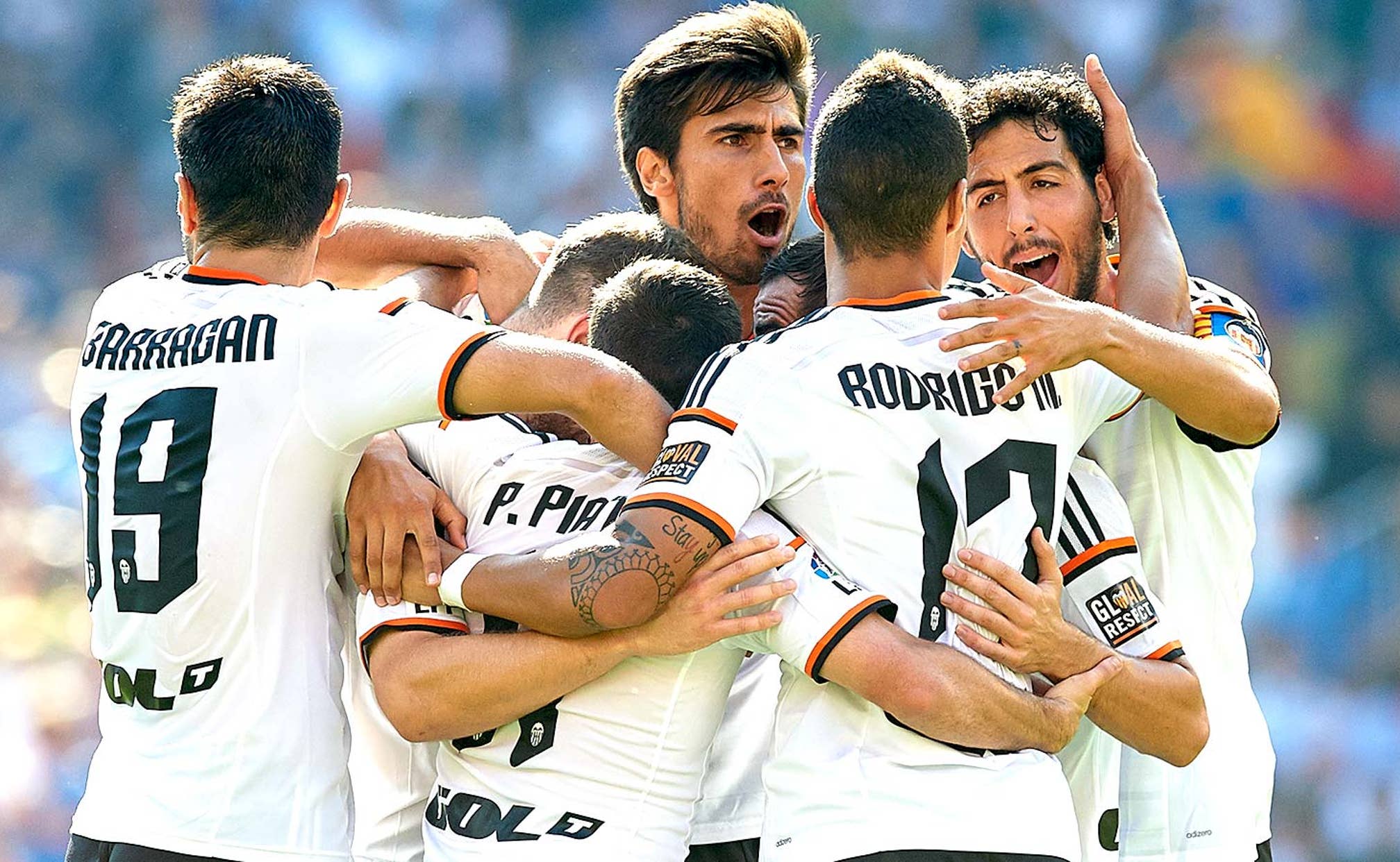 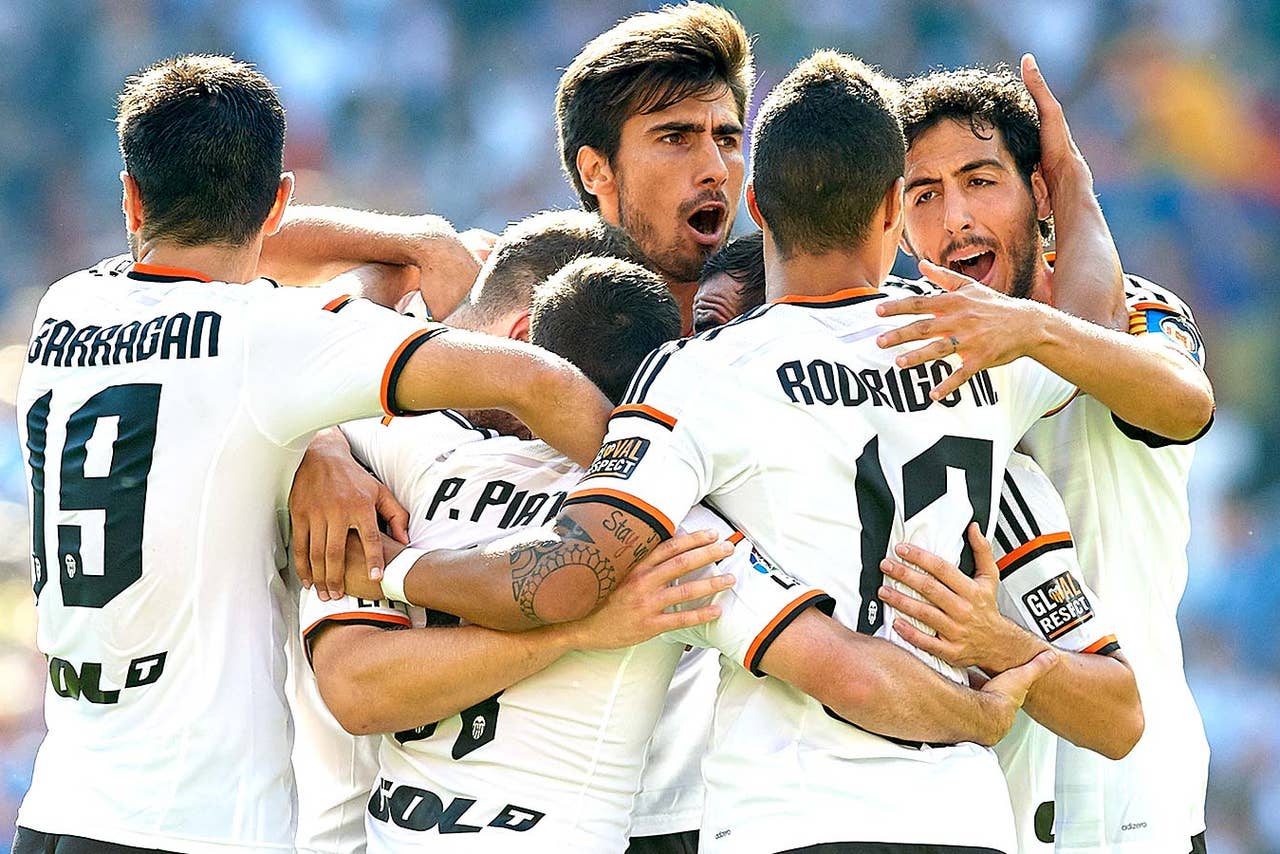 Valencia stunned Atletico Madrid with three goals in the first 13 minutes before holding on to win 3-1 Saturday and take the provisional lead of the Spanish league.

A shock own goal from Miranda put the hosts in front with just six minutes played and a well-taken goal by Andre Gomes doubled their lead a minute later, while Nicolas Otamendi's header completed the early blitz.

Mario Mandzukic hit back for Atletico and threatened to spark a revival, but hopes of staging a comeback were stopped in their tracks when Guilherme Siqueira had a penalty before the break saved by Diego Alves. Substitute Alessio Cerci thought he had scored a consolation goal for Atleti in stoppage time, but the effort was chalked off for handball and he was subsequently sent off for a second yellow card.

The result sees Valencia climb above Atletico and continue their unbeaten start to the season, whilst maintaining their habit of scoring three goals in all of their home games.

It was also their first big scalp of the season and means they can habor serious ambitions of finishing in the top four, or even challenging Spain's big three for the title.

Atletico looked to be still feeling the effects of their exhausting 1-0 win over Juventus in the Champions League in midweek and went behind through the most unlikely of sources.

Shkodran Mustafi's chipped cross was heading harmlessly straight towards the outcoming Miguel Angel Moya, but Miranda failed to communicate with his goalkeeper and reached the ball first to nod into his own net.

Atleti were rattled and soon found themselves further behind.

Gomes fought for the ball on the edge of the area and knocked it to Alcacer, who returned it to the midfielder with a clever backheel. Gomes still had a lot to do, but used his strength and skill to hold off a challenge from Miranda and drill the ball past Moya at the near post.

Valencia's thirst for Rojiblanco blood was still not sated, and Otamendi added a third goal after 13 minutes, completing a well-worked set-piece routine. The Argentine hid behind a number of team-mates in the box, before powering Pablo Piatti's corner into the net.

However, just before the half-hour mark, Atleti replied. Tiago brought the ball forward from the halfway line and beat a man before playing a one-two with Antonio Griezmann and thumping the ball at goal. Alves could only punch the ball out in front of him, where Mandzukic was waiting to knock into the empty net.

The goal propelled Atletico forward and shook Valencia. The visitors had an appeal for a penalty turned down for a possible handball by Antonio Barragan, and then Griezmann raced through the middle but was denied a shot on goal by an expert last-ditch tackle by Mustafi.

A minute before the break Atleti got the penalty that had been denied them earlier, Jose Luis Gaya penalized for cutting out a cross with his hand. But Siquiera squandered the golden opportunity after his weak daisy-cutter was easily gathered by Alves, who has now saved 13 penalties in the Primera Division.

The knowledge they had passed up the chance to cut the deficit to one goal appeared to deflate the champions, and they were toothless in the second half, finding it hard to negotiate their way past a combative Valencia side who were determined to see out the win and prove they mean business this season.