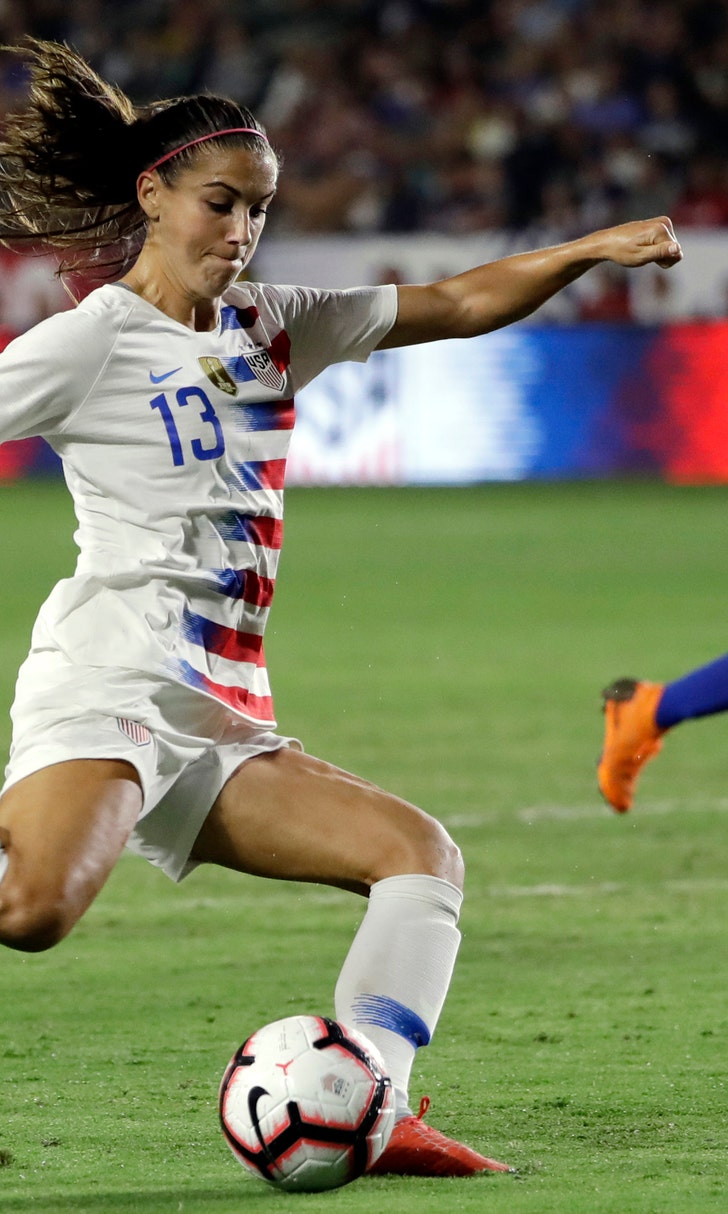 CHICAGO (AP) — Two goals away from reaching 100 for her career, forward Alex Morgan is on the roster for the U.S. women's national team as it opens training camp ahead of the World Cup in France this summer.

Morgan was among 26 players named to the roster by coach Jill Ellis on Friday. The defending champions leave for Portugal on Saturday and will play a pair of exhibition matches against France and Spain later in the month.

Tierna Davidson, Kelley O'Hara and McCall Zerboni have returned to the team following injuries. Davidson broke her ankle in September while playing for Stanford. Zerboni fractured her elbow in a match for the U.S. team against Chile, and O'Hara is coming off ankle surgery.

Ellis included four goalkeepers in the camp: Ashlyn Harris and Alyssa Naeher are joined by Jane Campbell and Adrianna Franch. Campbell, returning after her last call-up in April, has three appearances with the team while Franch is still looking for her first cap.

Also included was defender Emily Fox, coming off her sophomore season at North Carolina. She made her first two appearances with the United States in November.

"We recognize that we have formally entered a World Cup year and I know the players' focus and enthusiasm will reflect the importance of the work we have to do in January," Ellis said in a statement Friday.

The roster by position, with club affiliation.