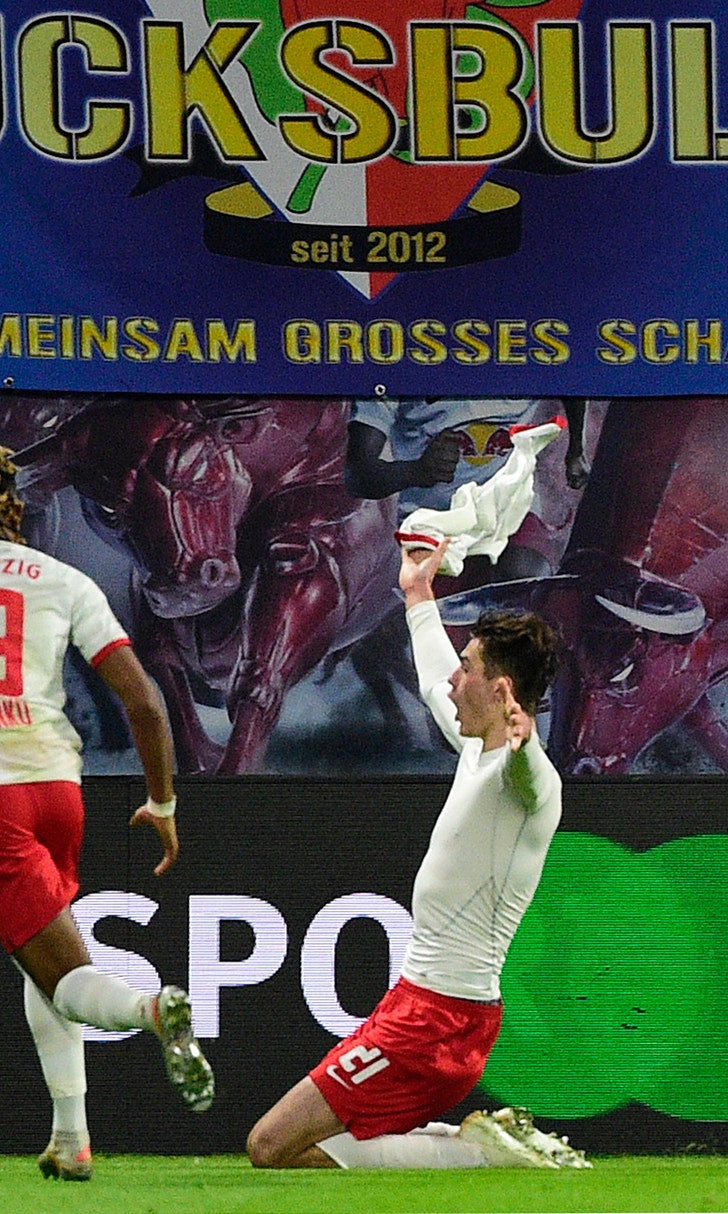 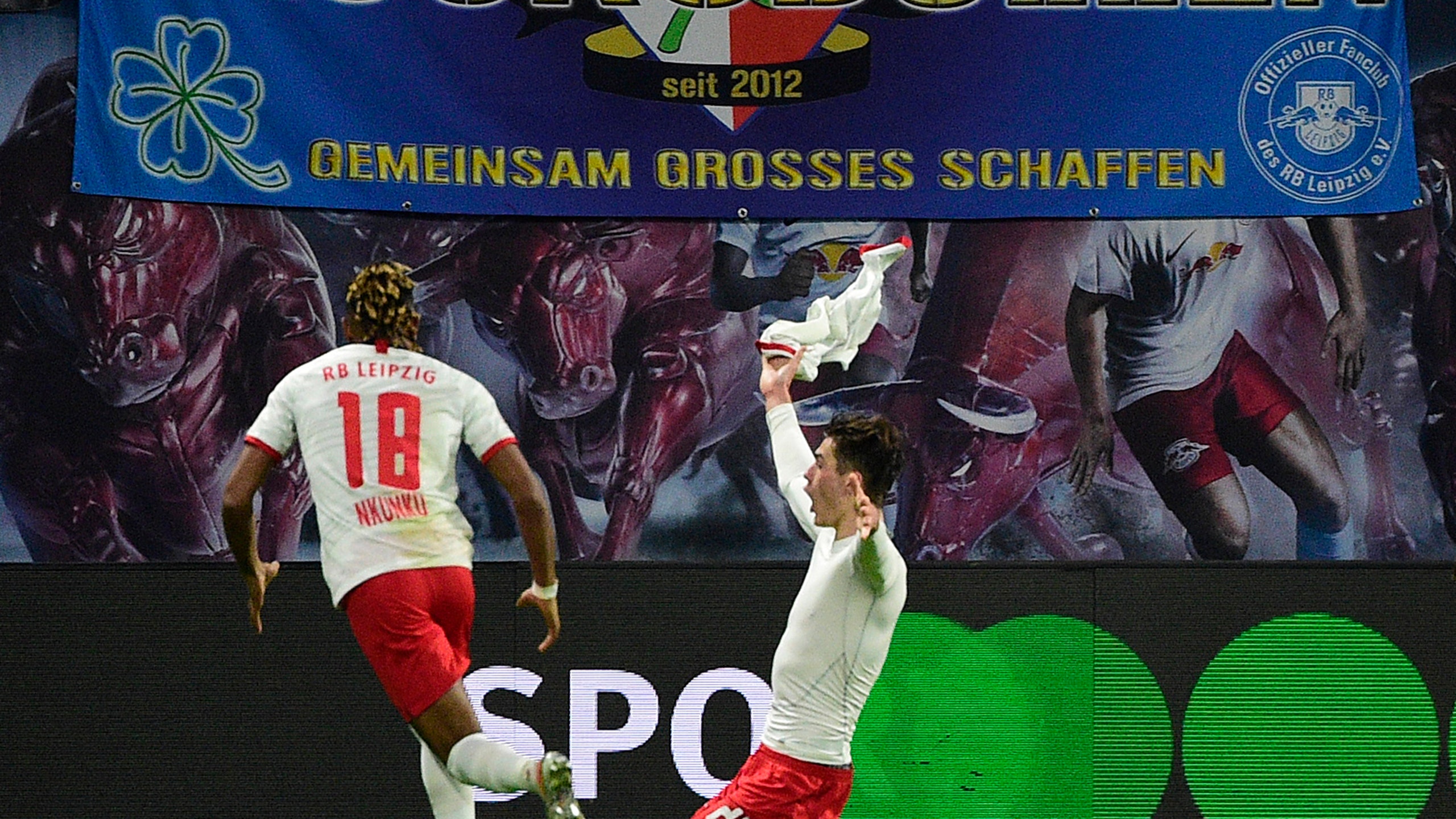 DÜSSELDORF, Germany (AP) — When one club has won the league title seven years in a row, you might expect fans of other teams to cheer on any viable challenger. Not so in Germany.

The Bundesliga returns from its winter break this weekend with Leipzig in first place, the favorite to break Bayern Munich's dominace.

Few German fans love Bayern's financial clout or its tendency to cherry-pick top talent, but they're not warming to Leipzig either. Opposing fans regularly hold up protest banners against energy drink giant Red Bull, the engine behind Leipzig's success.

Besides Leipzig and Bayern, Borussia Mönchengladbach is also in the chase for the title and has become the neutrals' darling.

Created barely a decade ago, Leipzig is creating its traditions as it goes along. Its success this season is built on the Bundesliga's youngest squad, relentless attacking play and 18 goals from forward Timo Werner.

Leipzig's rapid rise to success — too rapid for many — is accompanied by a brash attitude to regulations. Club bosses have found creative ways to protect Red Bull's influence in the boardroom and elsewhere.

Take the club's logo, with the letters “RB” and bulls which are red, but technically don't break rules on advertising. The club says RB is an abbreviation for "RasenBallsport," or "lawn-ball-sport,” a word which didn’t exist in German until Red Bull took over the team.

A title win for Leipzig wouldn't just be a reward for its young players and 32-year-old coach Julian Nagelsmann. It would also mark a symbolic return of soccer in the former East Germany — though Leipzig wasn't founded until 20 years after the Berlin Wall fell. Until Leipzig's third-place finish last season, no team based in the old East had ever come close to winning a national title.

Leipzig returns to Bundesliga action on Saturday against Union Berlin, a club which also has East German roots, but one that's built on a passionate fan community rather than corporate largesse. Union is in 11th place after a strong start to the season following promotion, but a lack of squad depth means it can't relax.

For those neutral German fans who can't stomach Leipzig, Gladbach offers hope of a fairytale title run similar to Leicester's Premier League win in 2016. Gladbach dominated the league in the 1970s but hasn't won since. It's in second place, two points behind Leipzig and two ahead of Bayern.

After it seemed to run out of steam before Christmas, taking four points from its last three league games, Friday's visit to fifth-place Schalke could show whether Gladbach can really sustain a season-long title bid. Fourth-place Dortmund, exciting but fragile all season, visits Augsburg on Saturday.

In Hertha, Bayern faces a club with big ambitions and very little to show for them. Investor Lars Windhorst has talked up his plans to turn Hertha into a top-class European club, overturning decades of soccer mediocrity in the German capital, but his team is in 12th place, only four points above the relegation playoff spot.

There's been an uptick in form under Jürgen Klinsmann, who returned to coaching with Hertha in November for the first time since leaving the United States national team in 2016, but Hertha has a long way to go. Awkwardly, Klinsmann has spent part of the week tracking down his coaching license — supposedly in a drawer at his California house — so he can avoid being decertified as the club's coach.

At the bottom of the standings, no one's surprised to see frugal, promoted Paderborn in the relegation zone, but seeing Werder Bremen there is a shock.

Bremen hasn't played outside the top tier since 1981 but is in danger of the drop after earning only 14 points in 17 games. Saturday's visit to Fortuna Düsseldorf could have a big impact on the relegation picture at the end of the season.