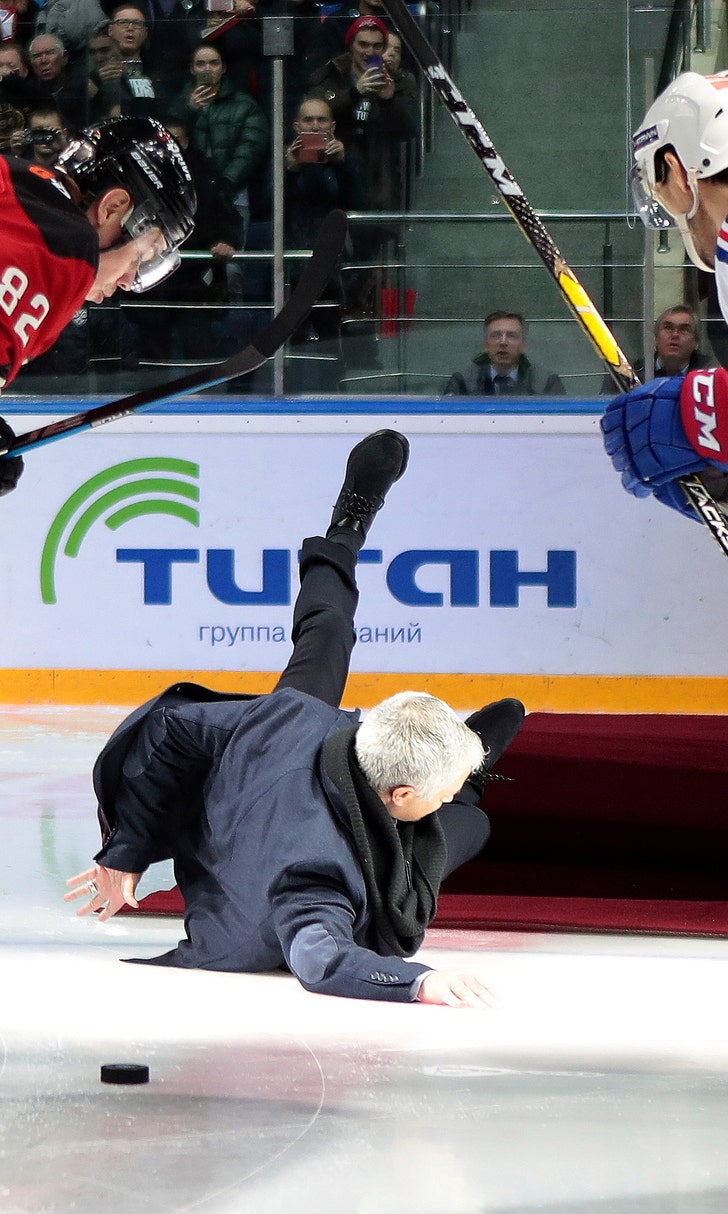 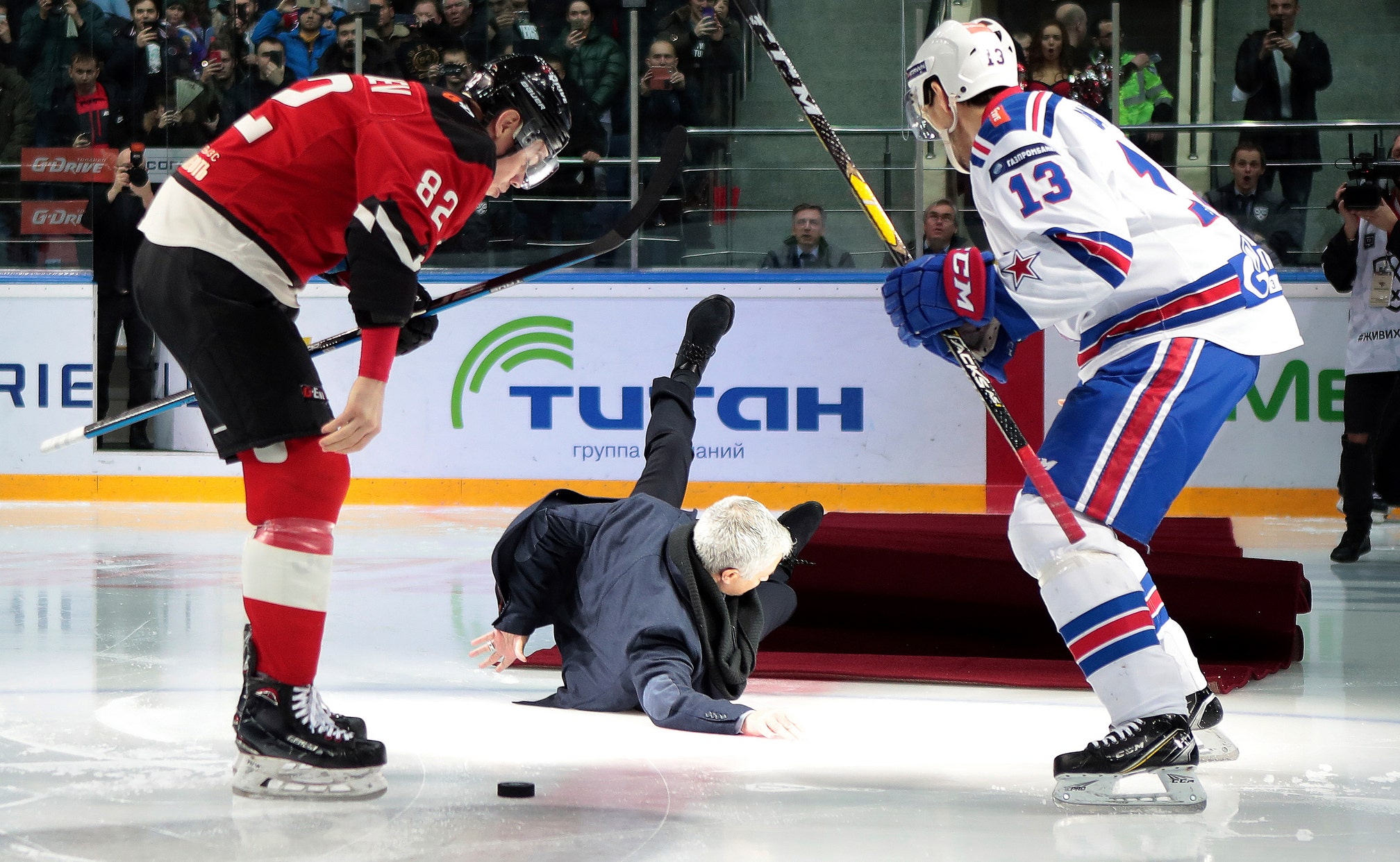 The Fallen One: Mourinho tumbles at ice hockey game

Mourinho was given the honor of making the first puck drop on Monday at the Kontinental Hockey League game between Avangard Omsk and SKA St. Petersburg.

As he turned to walk off the ice, he slipped on a red carpet and fell backward before being helped up by SKA player and two-time Stanley Cup winner Pavel Datsyuk.

There were no immediate reports that the Portuguese soccer coach was injured in any way. Avangard won 2-0.

Mourinho has been without a club since December when United fired him for poor results.