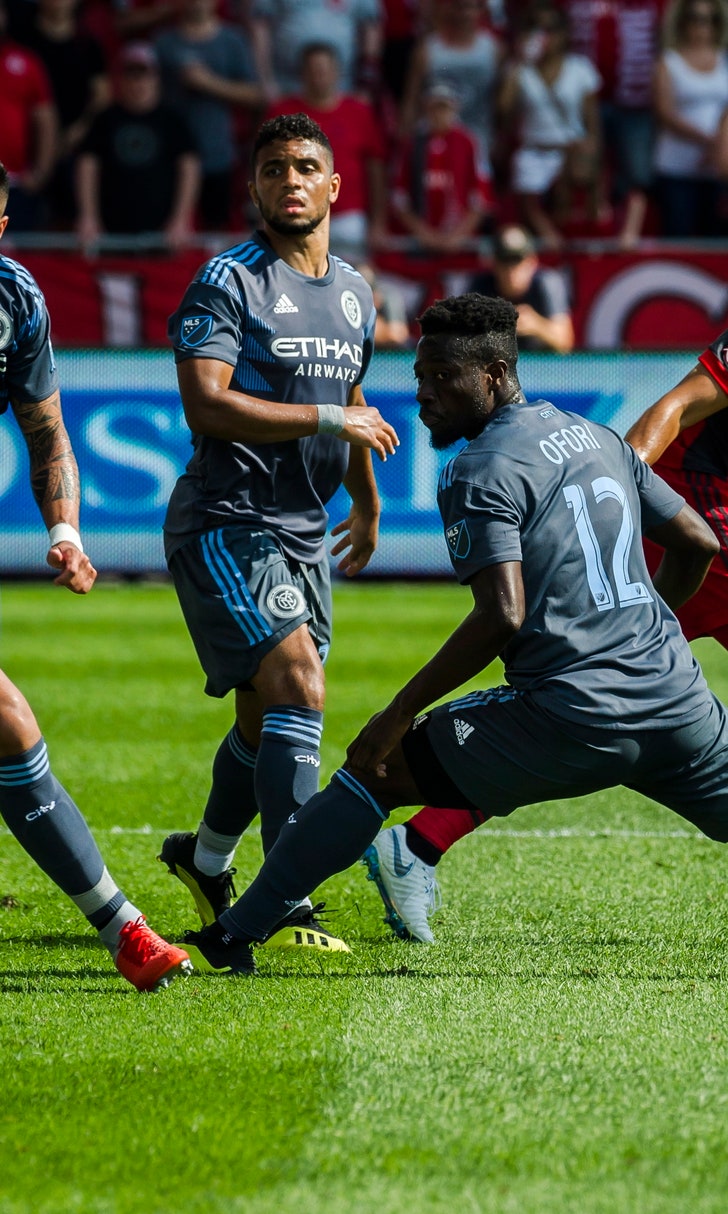 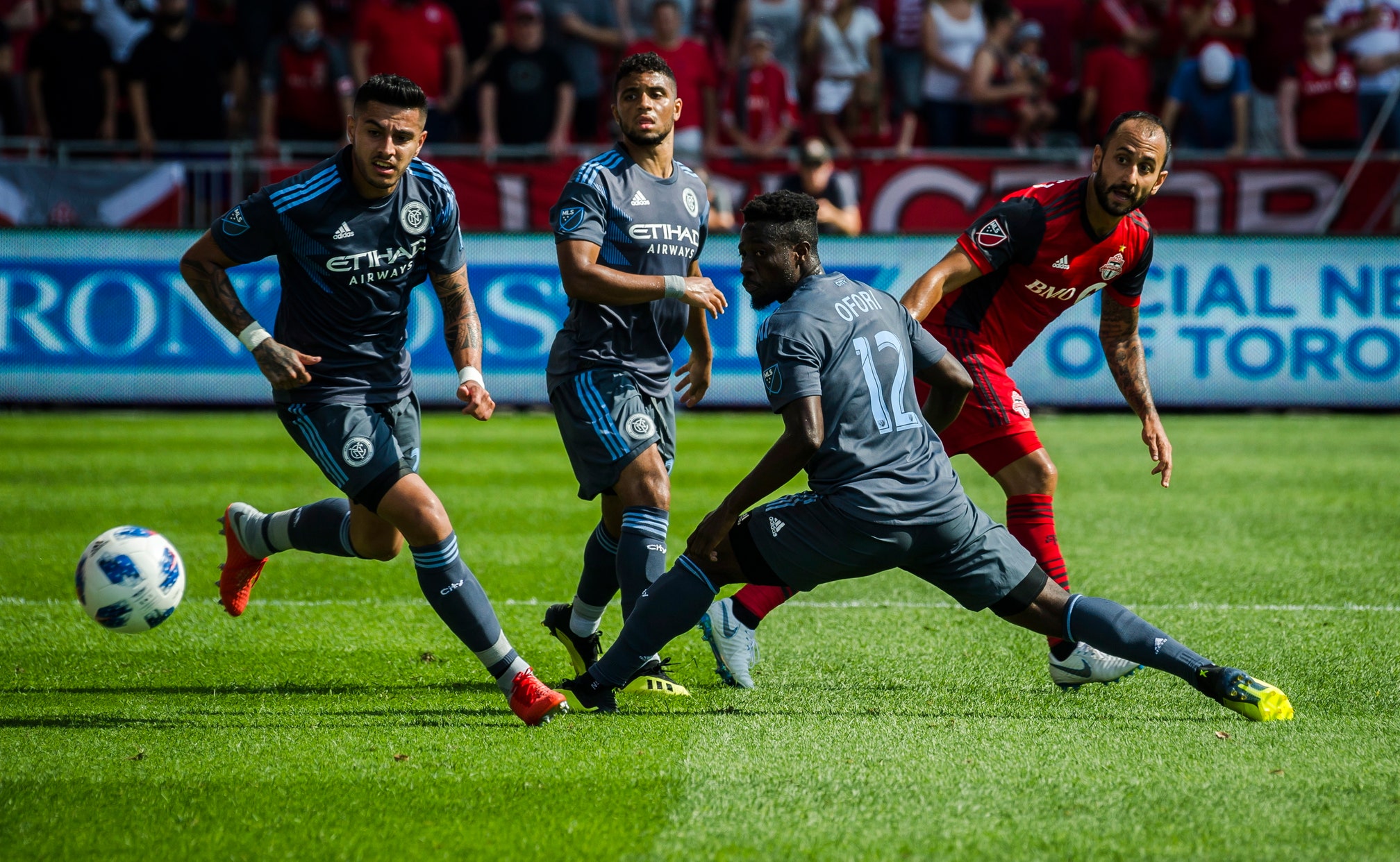 WASHINGTON (AP) — Luciano Acosta completed a hat trick in the 96th minute to give D.C. United a 3-2 victory over 10-man Orlando City on Sunday night.

Wayne Rooney set up the winner by chasing down and tackling Orlando's Will Johnson, who was crossing midfield and racing toward an empty net after D.C. brought its goalkeeper up for a corner. Rooney then turned the other way and sent a long ball to Acosta, who headed it home to put United (5-9-6) in front.

Dom Dwyer tied it in the 71st minute, getting behind the central defense on Oriol Rosell's through ball and chipping it over the goalkeeper to tie it at 2 for Orlando (7-15-2).

Orlando's Cristian Higuita was sent off for a high arm swing making contact with Yamil Asad in the 55th minute.

Acosta's second made it 2-1 in the 64th minute. He finished Asad's cross from close range and collided with the goalkeeper shortly after the shot. The goal was upheld after video review confirmed that Acosta was onside.

Acosta opened the scoring in the fourth minute of first-half stoppage time with a give-and-go to Rooney and a rocket to finish from a narrow angle.

Rosell sent a cross along the end line that D.C. goalkeeper David Ousted inadvertently deflected into his own goal in the 50th minute, making it 1-all for Orlando.

Sebastian Giovinco and Victor Vazquez scored for Toronto (6-12-5). The defending MLS Cup champions lost Jozy Altidore to a red card 11 minutes into the match. He was sent off for kicking New York defender Alexander Callens, leaving the striker facing at least a one-match ban for next weekend's trip to San Jose. The loss ended Toronto's all-competitions unbeaten streak at six.

SEATTLE (AP) — Nicolas Lodeiro's free-kick goal in the 63rd minute was the winner as the Seattle Sounders defeated FC Dallas for their franchise-tying fifth straight victory.

Seattle (9-9-5) is unbeaten in eight matches to improve to seventh place in the Western Conference. Despite the loss, Dallas (12-5-6) still leads the conference standings.

The Sounders set a club record by earning 11 corner kicks in the opening half, the 10th of which was headed into the net by Chad Marshall off a cross from Lodeiro.

Dallas tied it seven minutes into the second half when Dominique Badji, who made his FCD debut, finished off a nice combination of passes with his chest from close range. 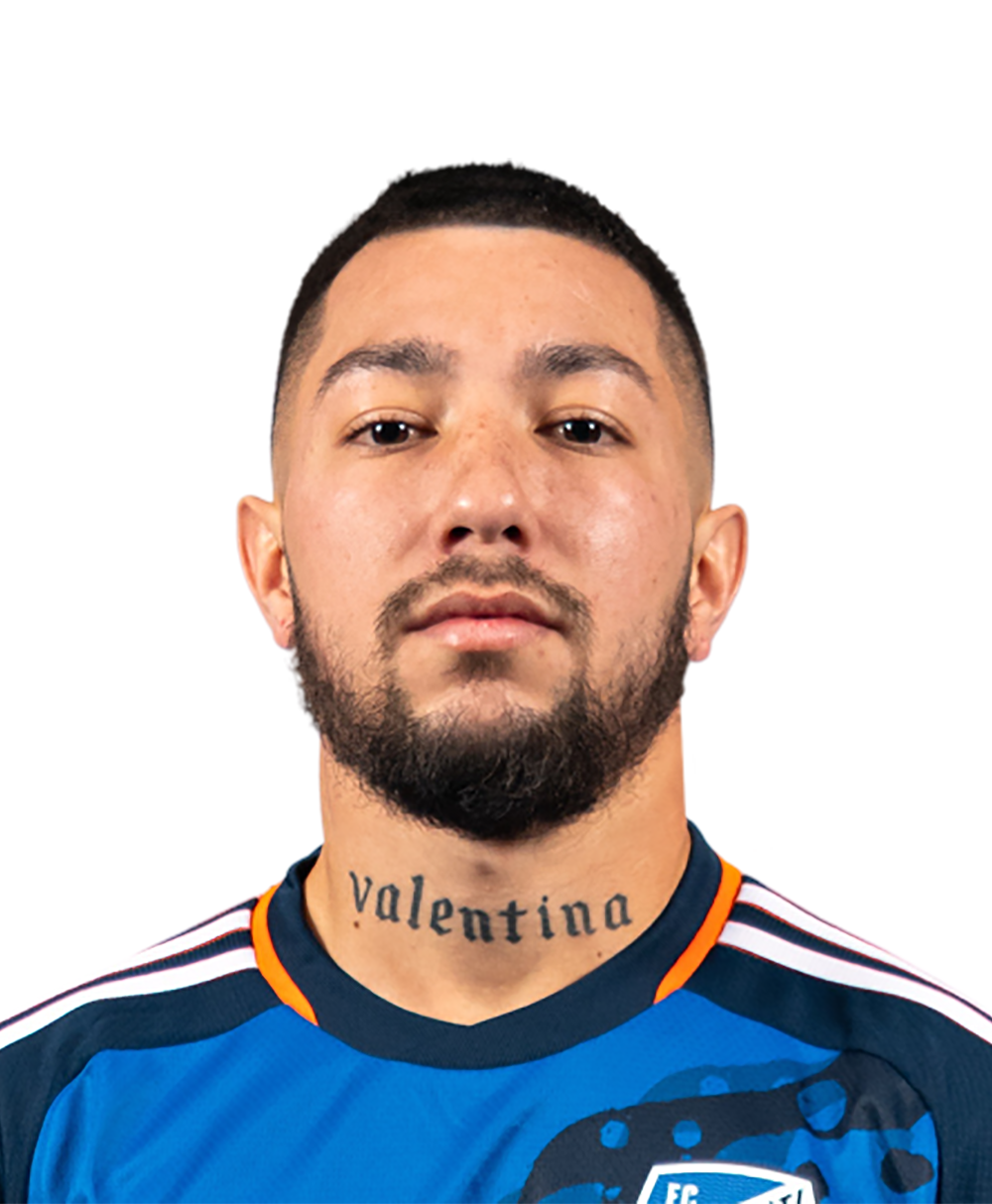 Toronto FC
share story
those were the latest stories
Want to see more?
View All Stories
Fox Sports™ and © 2020 Fox Media LLC and Fox Sports Interactive Media, LLC. All rights reserved. Use of this website (including any and all parts and components) constitutes your acceptance of these Terms of Use and Updated Privacy Policy. Advertising Choices. Do Not Sell my Personal Info