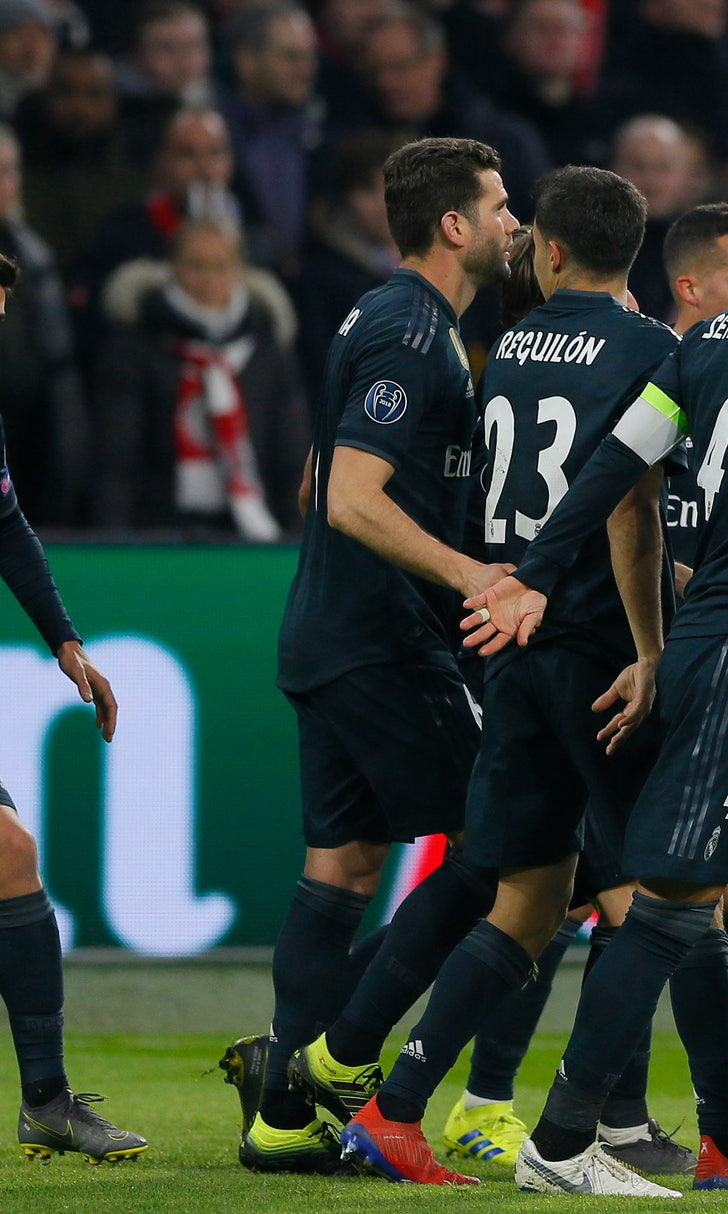 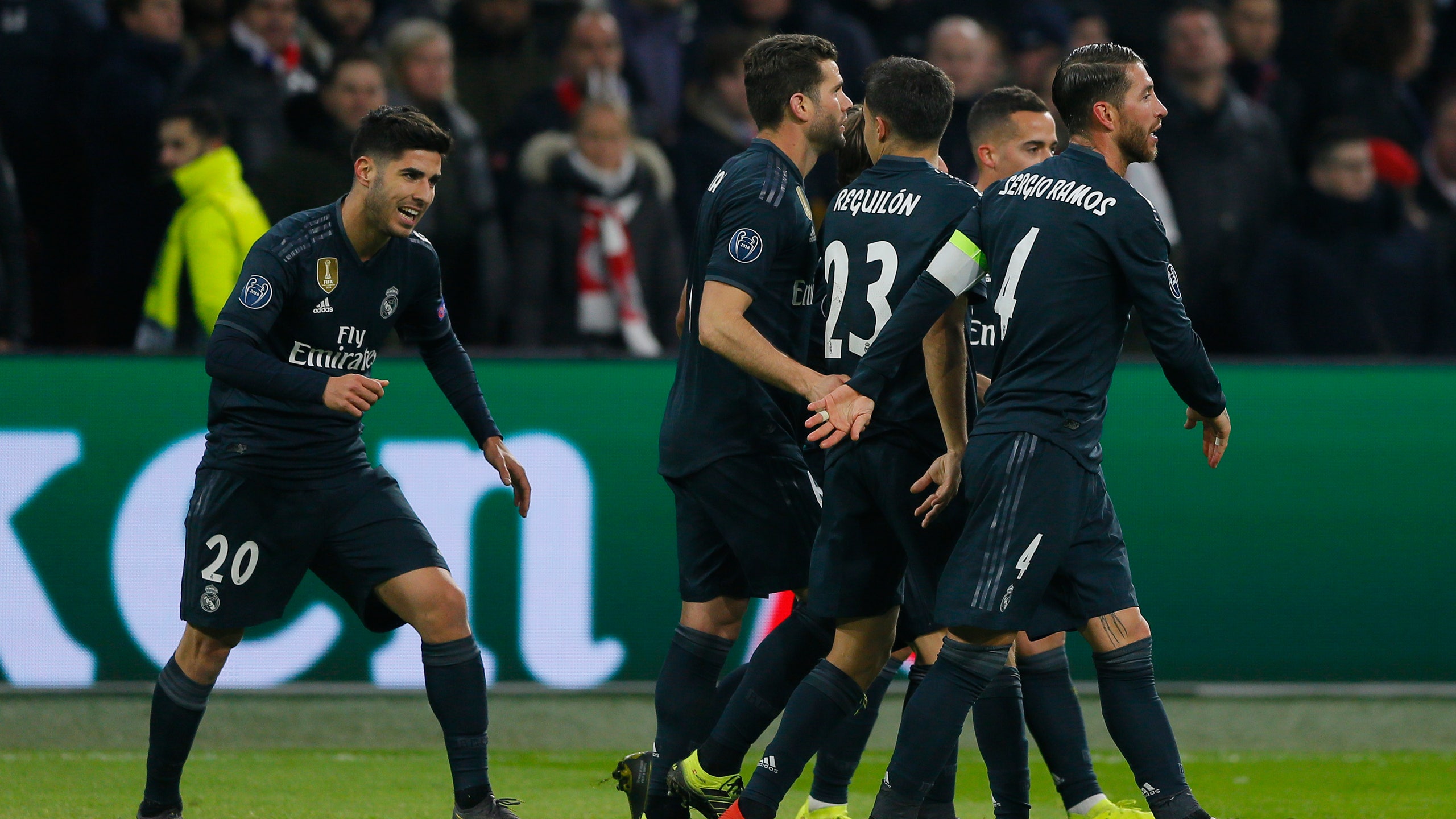 AMSTERDAM (AP) — With a little help from the video assistant referee, defending champion Real Madrid overcame a spirited Ajax to win the first leg of its Champions League round-of-16 match 2-1 on Wednesday and take a big step toward the quarterfinals.

Substitute Marco Asensio scored a late winner to put Madrid in a strong position going into the second leg on March 5.

Real, winner of the last three Champions Leagues, recovered in the second half after being outplayed by underdog Ajax before the break at a packed Johan Cruyff Arena, when the hosts had a goal disallowed by VAR - the first time the video referee had overturned a Champions League goal.

Asensio, a 73rd-minute substitute, was unmarked at the far post as he tapped in a cross from the right by Dani Cavajal with just three minutes of regulation time to go.

"He's shown his development as a player," Madrid coach Santiago Solari said. "He did everything he had to do from the moment he came into the pitch. Not only the goal, which of course was very important for us."

Ajax had looked on course for a draw when Hakim Ziyech shot under Thibaut Courtois in the 75th minute to cancel out Karim Benzema's opener 15 minutes earlier.

The Amsterdam team went into Wednesday's match in something of a form crisis since the Dutch league's winter break. Their previously solid defense crumbled late last month in a 6-2 defeat to archrival Feyenoord and Erik ten Hag's team slumped to a 1-0 defeat on Saturday to Heracles Almelo.

But Ajax shook off its winter form dip before the break, pressing Madrid high up the pitch, combining well with slick, short passes and looking like the team that qualified second in its group behind Bayern Munich rather than the one that struggled in recent weeks.

"We have to improve," Ten Hag said. "Normally you don't create so many chances against a top team like Madrid. We did, but you have to be more ruthless. There we can learn from Madrid — they created less chances but scored more goals."

Real went into the match brimming with confidence from a run of six wins and one draw in its last seven matches. But it only really hit its stride in the second half, proving more clinical in front of goal.

Ajax, a four-time European champion that last won the title in 1995, looked to have taken the lead only to have VAR rule out Nicolas Tagliafico's 37th minute header because Dusan Tadic was in an offside position and impeding Courtois.

Ten Hag was not convinced by the video images he saw.

"I did not see offside and couldn't see a foul on the keeper," he said.

Solari said he had not seen the images.

Kasper Dolberg came close to levelling again in stoppage time, but Courtois stuck out a hand to block his effort as Madrid captain Sergio Ramos was made to work hard for the win in his 600th match for the club.

In the night's other round-of-16 match, Tottenham beat Dortmund 3-0, with all the goals coming in the second half at Wembley.

In Amsterdam, Benzema struck a powerful shot past Andre Onana on the hour after a strong run from the left by Vinicius Junior to put the 13-time European champion ahead.

Madrid's lead lasted 15 minutes before David Neres crossed from the left and substitute Dolberg let the ball run to Ziyech, who shot low under Courtois.

Ajax, in the last 16 of the Champions League for the first time since 2006, had lost its last six matches against Madrid. But it started confidently and Tadic nearly gave Ajax the lead, his 26th-minute shot hitting the post after beating Courtois.

Real created little in the first half. Vinicius Junior came closest for Madrid when he cut in from the left wing and shot on target only for Onana to palm the ball over the bar.