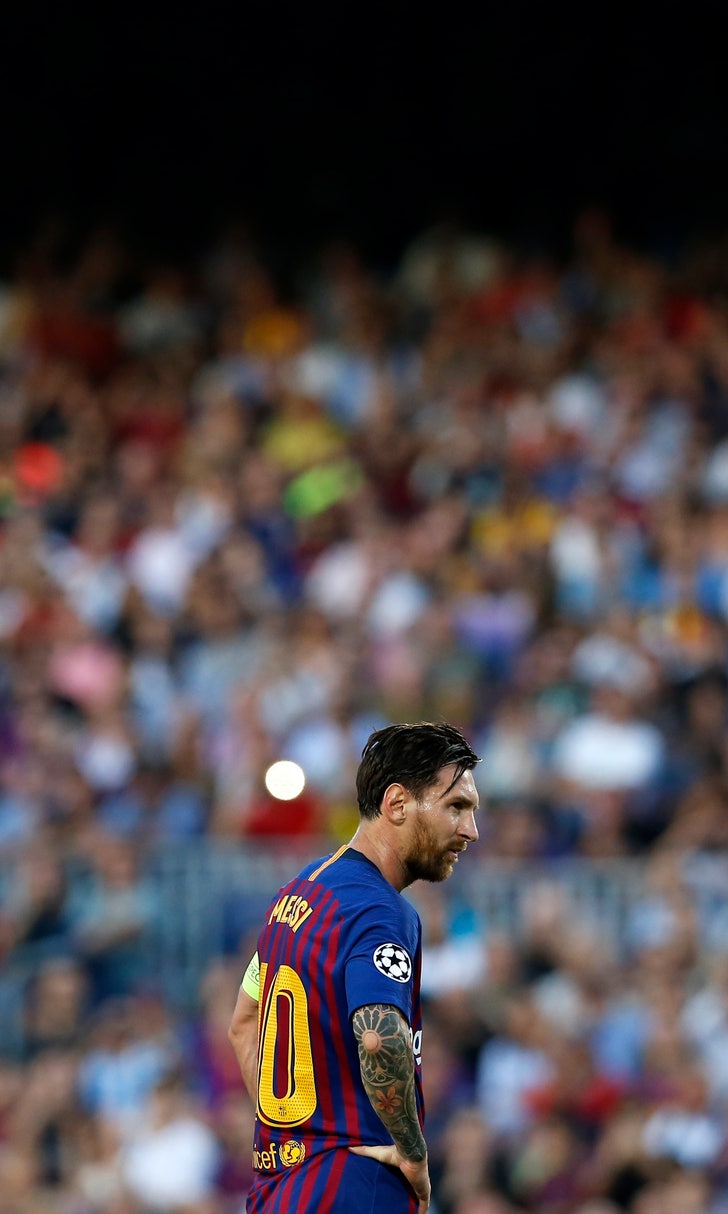 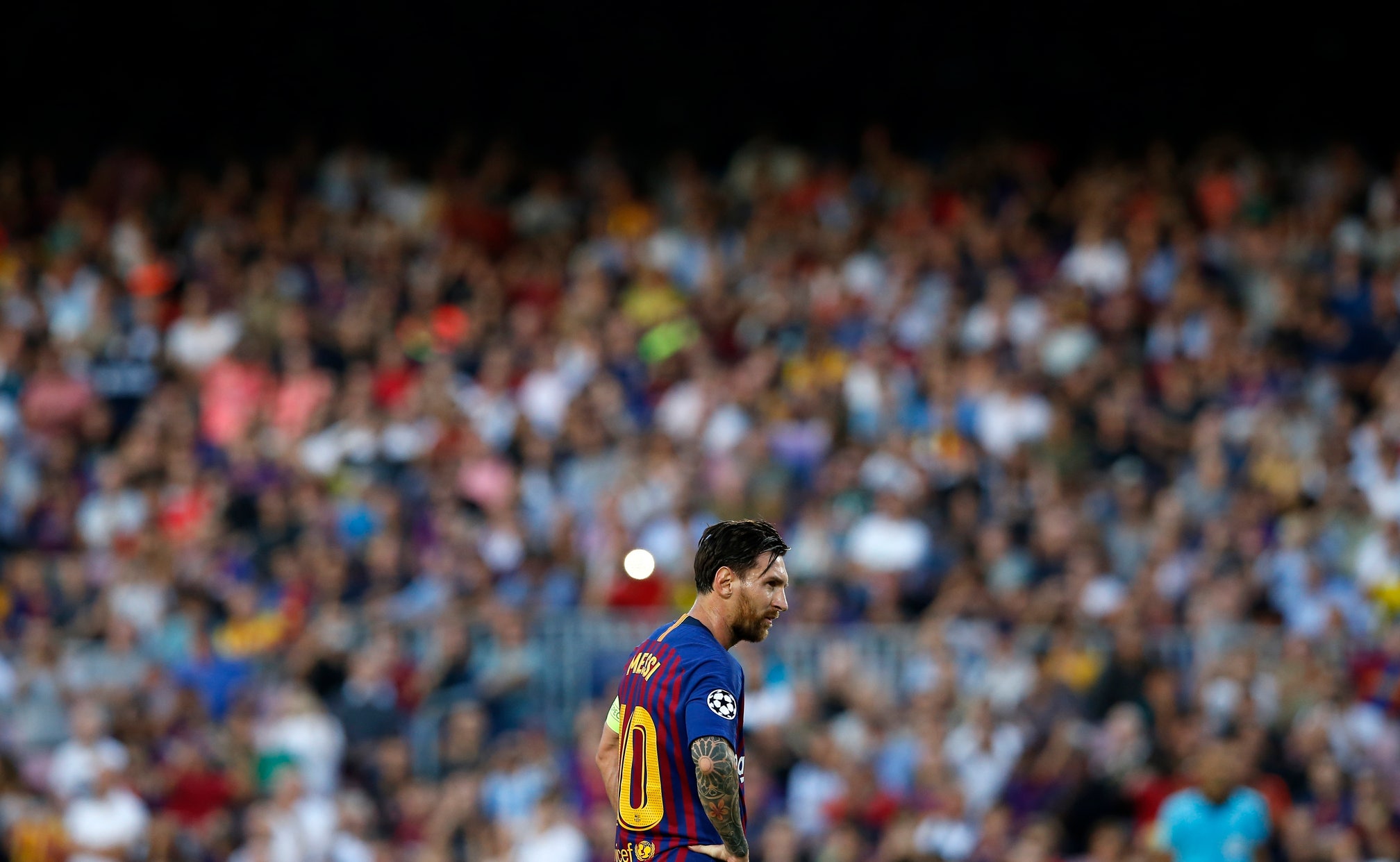 Spanish soccer divided over league plan to hold game in US

GIRONA, Spain (AP) — A feud has erupted in Spanish soccer over the league's unprecedented plan to hold a regular-season match in the United States.

The Spanish league and clubs are for it.

The national soccer federation and players' union are against it.

And in the middle, fans who have grown up supporting their teams are divided over their future in a sport that is expanding its global profile.

The Spanish league is intent on closing the money gap with the wealthier English Premier League and wants to become the first major European soccer country to play a regular-season match in the United States. In recent years, Spain, Italy and France have held season-opening Super Cup matches abroad before the league competitions start.

The Spanish league wants to kick off an ambitious plan to play matches in the United States with a game in suburban Miami on Jan. 26, featuring Lionel Messi's Barcelona against Girona, a small club eager to introduce itself to the wider world.

The Spanish federation, however, has put the proposed match in doubt.

The Spanish league, along with Barcelona and Girona, formally requested the necessary approval to hold the match abroad from the federation, which sets the rules governing all soccer in Spain.

The federation's response came on Friday in the form of a letter that apparently listed several concerns over the plan, including whether it would be fair to the other 18 clubs as well as the fans of Barcelona and Girona.

Spain's players' union had already criticized the plan, saying that it should have been consulted beforehand by the league. The players have gone as far as threatening to strike.

For the match to go forward, the Spanish league would need permission from the national federation as well as U.S. Soccer and continental bodies UEFA and CONCACAF.

Spanish league president Javier Tebas has doubled down on his designs to play the match in Florida this season, saying that "the game is still on."

"We are going to respond to everything they say and we will keep working," Tebas told reporters. "This match is very important in our strategic plan in the United States."

Tebas, who has led an effort to restore the financial health of Spanish clubs and collectivized the sale of the league's TV rights, envisions following the path taken by professional American sports to expand abroad.

In a statement to the AP, the Spanish league said: "We have seen how other competitions such as the NFL and NBA have played official matches in other countries, something we believe to be a really good way of promoting the league and sport overseas. Through these kinds of actions we want to be closer to our fans."

Thanks to stars like Messi, Barcelona is a global brand. But Girona, only playing in its second season in Spain's top division, is effectively unknown outside the Catalan town of around 100,000 residents.

Girona's 9,000 season-ticket holders would be deprived of the biggest match on the calendar to be played at its 14,500-seat Montilivi Stadium.

"I am fan of both Barca and Girona ... I am not going to be able to enjoy seeing my two teams on the pitch," said Ricard Stockdale, a 30-year-old barber, after finishing off a plate of paella in a bar about a 10-minute walk from Girona's stadium.

"Since I work in a barbershop and I speak with lots of people I know a lot of cases and many people tell me that they would love to go to Miami to see the match but for financial reasons they can't afford it."

Ignasi Pradanos, a 36-year-old lawyer who co-founded the Girona fan club, is in favor of playing the match despite knowing many supporters who are "radically opposed."

"I am trying to see the benefit to the club in the mid- to long term," said Pradanos, who was wearing his red-and-white fan club scarf. "We would have to renounce something in the short term for this season, something which many people don't like, but trying to look beyond that I want to think that it could be good for the club."

The Spanish league lags behind the Premier League in exposure in the United States partly because of the English league's six-year TV deal with NBC worth about $1 billion. The Spanish league has been on BeIN Sports, which was received by less than a quarter of American English-language television households even before it recently was dropped by the Comcast Xfinity cable system.

The league's partner in the planned 15-year venture to promote Spanish soccer in North America is the sports and entertainment group Relevent, founded and owned by Miami Dolphins owner Stephen Ross.

Relevent operates the International Champions Cup, a tournament played during the European offseason in July and August around the world. Barcelona and Real Madrid faced each other in the tournament in Miami last year.

The league's American scheme is to take leading teams like Barcelona or Madrid to play against a smaller rival, which would be the team that sacrifices a home match.

Girona finished 10th in the league as a newcomer last campaign. It got a taste of long travel in July when it played friendlies in India.

Girona president Delfi Geli sees playing on the other side of the Atlantic Ocean as a unique opportunity for a club that as recently as 2007 was in Spain's fourth division.

"We believe that playing in the United States is a chance for Girona to increase its visibility, for growth, for expansion of our club," Geli told the AP.