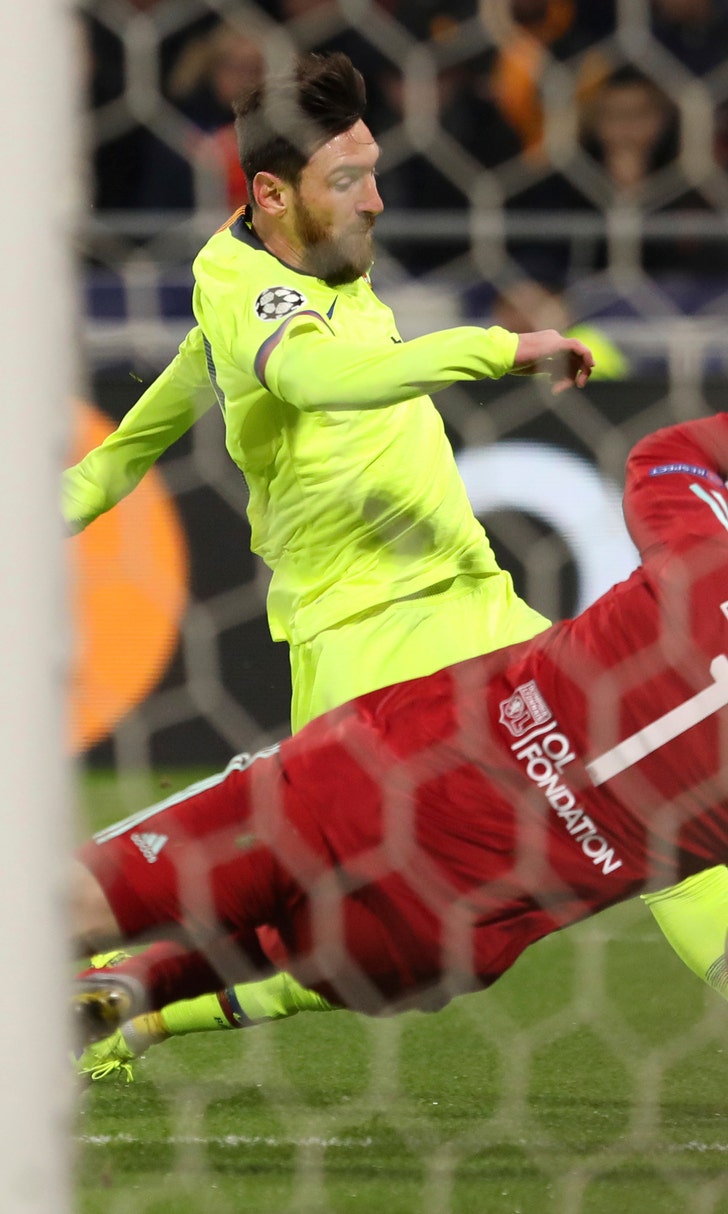 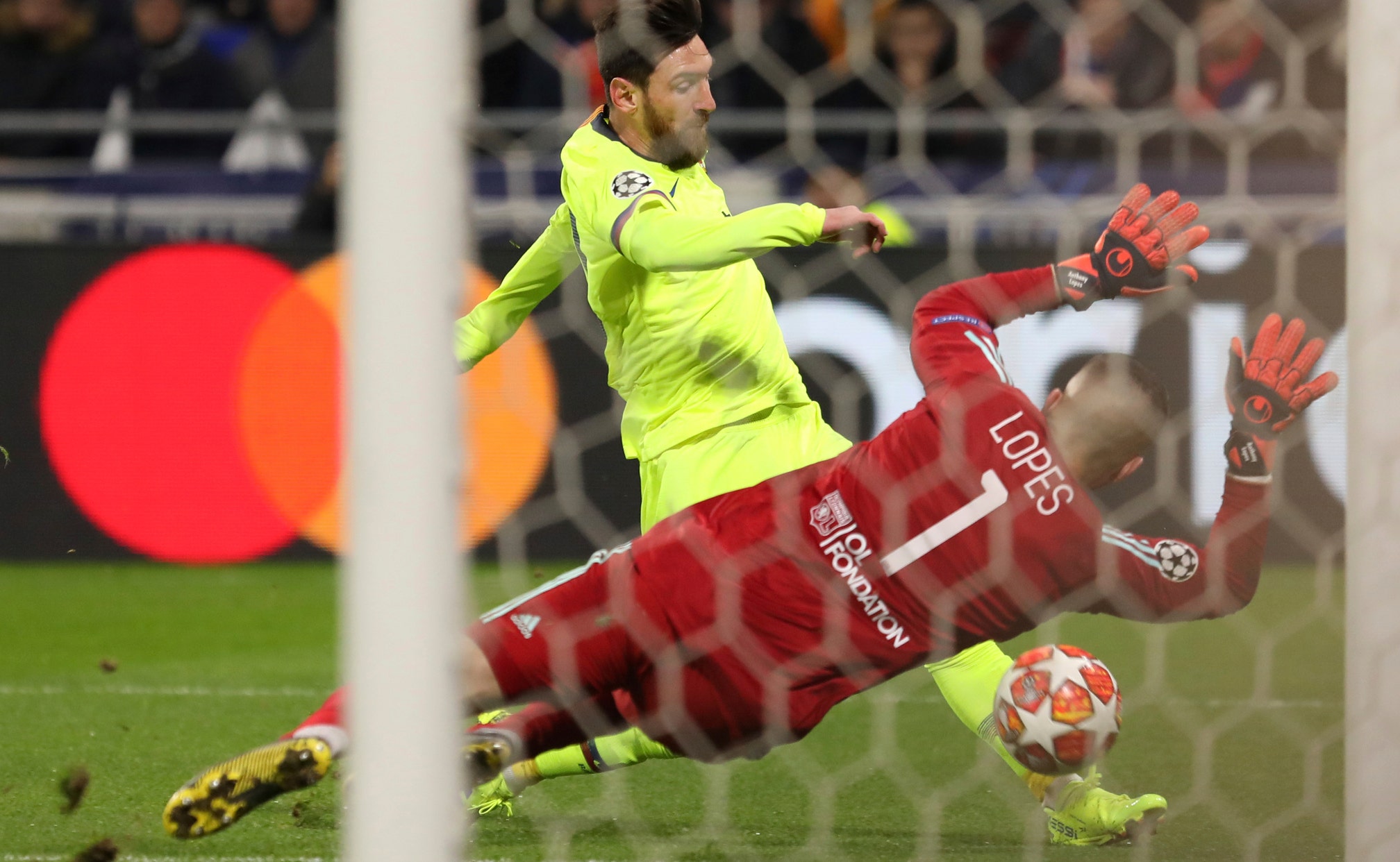 PARIS (AP) — Anthony Lopes is standing tall in an era designed for much bigger goalkeepers.

At 1.84 meters (6 feet), the Lyon goalie is smallest of those who played in the last 16 of the Champions League, and he finds himself stuck in an era where elite clubs want goalkeepers who are considerably more imposing.

Nine of the 16 goalies who played in the eight first-leg games were at least 1.90 meters (6 feet 3 inches) tall. Real Madrid's Thibaut Courtois topped the charts at 1.99 meters (6 feet 6 inches).

A greater height and reach offers security, and probably reassures defenders. But what Lopes lacks in size, he makes up for with an aggressive style which is designed to intimidate opposing forwards.

He produced one of the best performances of the first leg during the 0-0 draw against Barcelona on Tuesday night. It was even more impressive considering he was up against Lionel Messi, Luis Suarez and Ousmane Dembele.

Lopes made six saves to take his tally for seven Champions League games to more than 30. Lyon got through the group stage unbeaten, during which he also impressed in a 2-1 win away to Premier League champion Manchester City.

When Lyon handed PSG its only defeat of the French league season three weeks ago, Lopes had an outstanding match . That night, he made three saves in rapid succession, including using the fingertips of his left hand to keep out Kylian Mbappe's stinging drive.

Then, with the clock ticking down during Tuesday's match, Lopes made a similarly crucial stop to keep out Barcelona's Sergio Busquets thumping drive. Those two performances have shown how the 28-year-old Lopes has greatly improved his concentration working under former France No. 1 Gregory Coupet — who has been Lyon's goalie coach since January of last year.

Lopes is light on his feet and has a great positional sense married to exceptional anticipation, meaning he often correctly guesses where a forward is going to shoot. He's both agile on his line and quick to rush off it, which often forces the opponent to hurry his shot under pressure. In one moment against Barcelona, he superbly narrowed the angle as Messi surged into a scoring position near his right post.

Furthermore, Lopes takes risks rather than playing it safe. His approach makes him more vulnerable to the occasional mistake, but it is his way of being defiant. Perhaps also because of his limited size, this front-footed approach helps him to come across as imposing.

Lopes is widely considered the French league's best goalkeeper this season, ahead of veteran Gianluigi Buffon and Alphonse Areola , who are PSG's goalies in a shared role.

Now Lopes is being talked about solely for his performances, which wasn't always the case.

He had to channel a considerably wild temper to become the player he is.

Last year, Lopes was given a three-game ban for slapping a Marseille member of staff around the head during a big altercation following Lyon's win away to Marseille.

In a French league game two years ago, Lopes appeared to verbally provoke home fans standing behind his goal. Later in the same game, he had to be restrained by several people as he tried to fight a Bastia fan who had confronted him on the pitch.

In another incident three years ago, he was the victim as he collapsed to the ground after a firecracker was thrown from the crowd during a game away to Metz. Lopes, who lay on his front with his hands over his ears, suffered temporary deafness but fully recovered hearing.

It remains to be seen whether Lopes, who has seven appearances for Portugal, gets snapped up by a bigger team next season.

Otherwise the local lad who supported the club as a boy will only endear himself further to fans by staying.