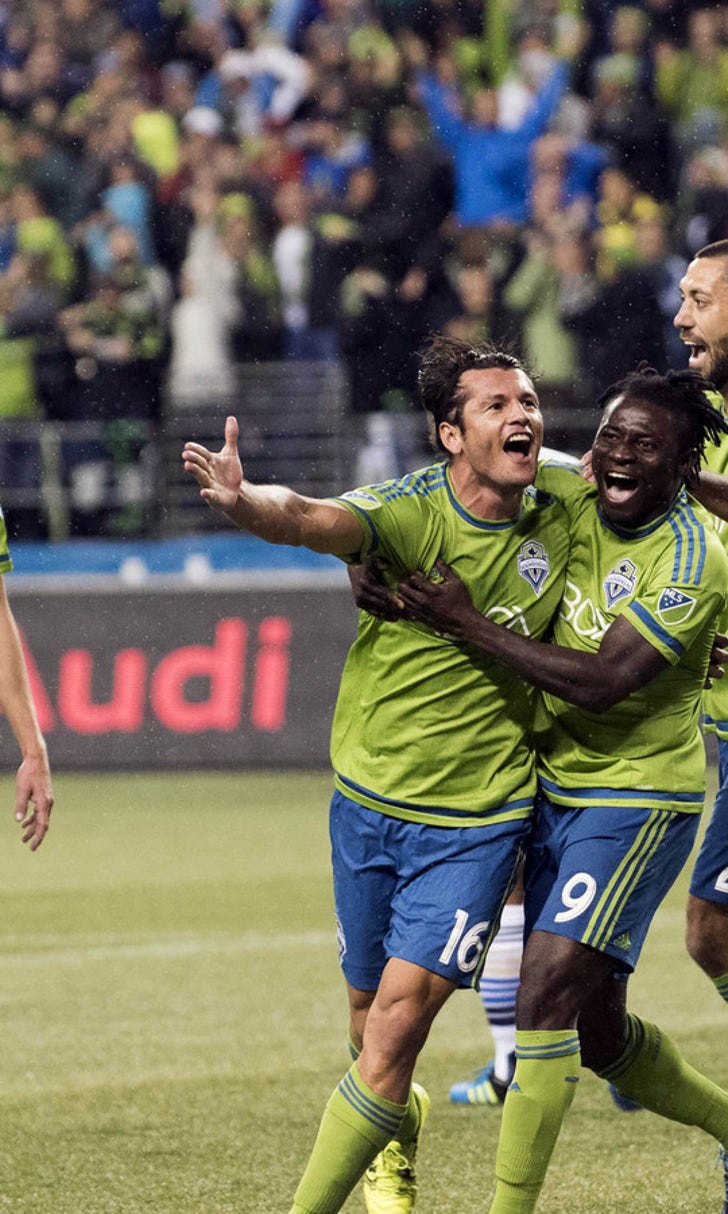 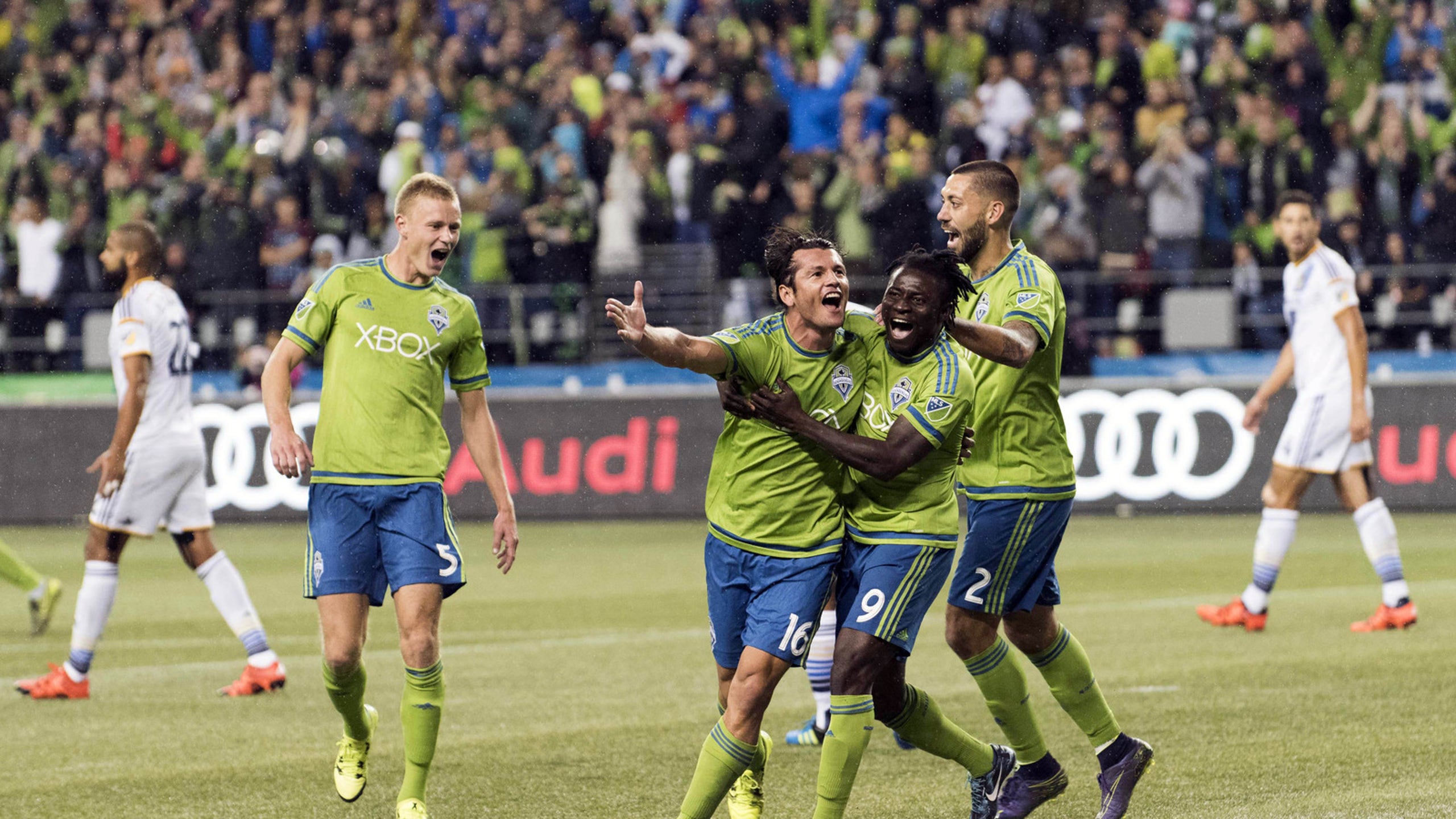 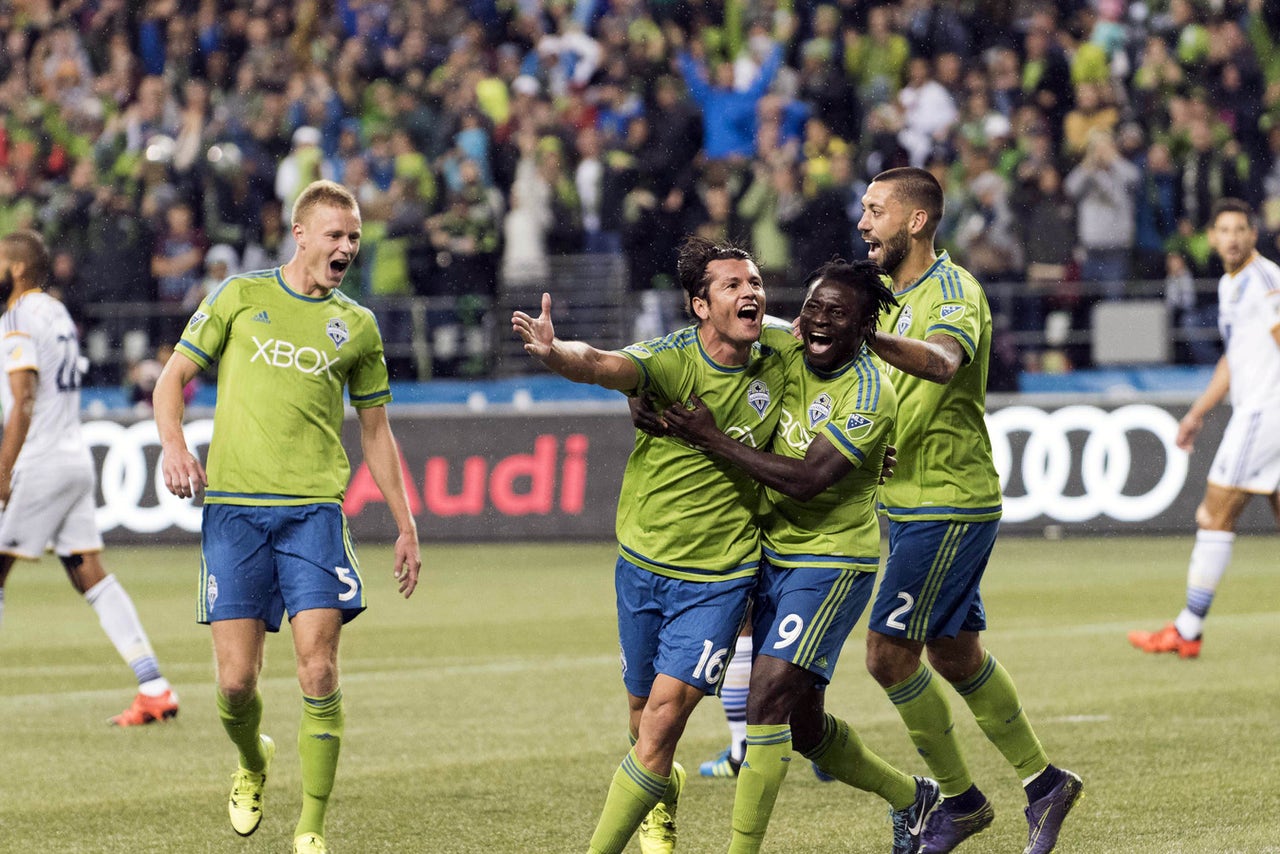 Under a packed house on a rainy Northwest evening, the Seattle Sounders conquered their playoff demons. With a final score of 3-2 the Sounders knocked off the defending MLS Cup Champions and advanced to the Western Conference Semifinals.

The game started off with the look of an absolute classic with a scoring explosion from both teams. In just the fifth minute of the game, Galaxy keeper Donovan Ricketts left his line only to misplay a cross, allowing the ball to hit the turf and be put in the net by Clint Dempsey. That lead just lasted one minute of play as Gyasi Zardes slid a cross in front of the face of Seattle keeper Stefan Frei to be finished off by Sebastian Lletget.

The Sounders showed their resiliency after giving up the lead by scoring their second goal of the game in the 12th minute. With Andreas Ivanschitz taking a free kick, forward Nelson Valdez evaded Steven Gerrard and slotted the perfect pass into the net to make it 2-1 Sounders. The Galaxy once again quickly responded in the 22nd minute as Zardes fired a shot past Frei to tie the game back up at two-all.

It looked like the Sounders would make it 3-2 immediately after the Zardes goal, only to have the potential goal disallowed due to an offside call. The game slowed down considerably once the 25th minute hit as both teams finally settled in and formed into their shells.

The final goal of the night and the game winner came in the 73rd minute. Tyrone Mears crossed the ball into the box only to have Galaxy defender A.J. DeLaGarza head the ball straight up into the air. Once the ball came down it was loose in the box until it fell to the feet of Erik Friberg who fired home a left footed cracker from the 18 yard box to seal the game and capitalize on the final mistake of the night by the Galaxy.

Takeaways from the game:

Sounders hitting their stride. The Sounders finally capitalized in the playoffs against the Galaxy. With the win, Seattle is hitting their stride at just the right time. Coming into Wednesday, the Sounders were full of confidence after handling Real Salt Lake and clearly performed as a confident bunch, as every time they faced adversity the answer was right around the corner. They need this confidence to continue as they look to move through the MLS Cup Playoffs and capture their first championship.

Clint Dempsey the poacher. For the second straight game, Clint Dempsey was the beneficiary of loose balls around the box that we was able to poach for a goal. Often times in soccer it’s better to be lucky than good and in a lot of ways that is what Dempsey is doing right now. Regardless of how they were scored, Dempsey has three goals in the last two games (both elimination games) and his confidence should ride high into the Western Conference Semifinals. Look for Clint to continue this form and carry the Sounders in the next round.

Injuries. Coming into the game the Sounders were without both Osvaldo Alonso and Marco Pappa due to injury. During the game, Sounders continued to drop like flies as Leonardo Gonzalez, Brad Evans, and Nelson Valdez all left the game due to injury. Perhaps it has to do with just two days of rest between games? Regardless, Seattle must recover quickly as the next game is Sunday and the full squad will be needed.

The winner of the game between the Portland Timbers and FC Dallas will determine who the Sounders play next. If the Timbers win, Seattle will be the lowest seed remaining in the West and therefore play top seeded FC Dallas. If Sporting Kansas City pulls the upset in Portland then the Sounders will stay within Cascadia and play rival Vancouver Whitecaps. No matter who the opponent is, the first match will be Sunday November 1 in Seattle with the return leg the following Sunday the 8th.

This season the Sounders are 1-1-0 against FC Dallas with the most impressive result being a 3-0 win at home. Seattle and Vancouver are no strangers to each other this season as being paired in the CONCACAF Champions League in the same group has led to 5 matches between the sides. Between all competitions the Sounders led the record 3-1-1 with a goal differential of +5 in Seattle’s favor. Regardless of the opponent, Seattle should head into the semifinals with confidence riding high.