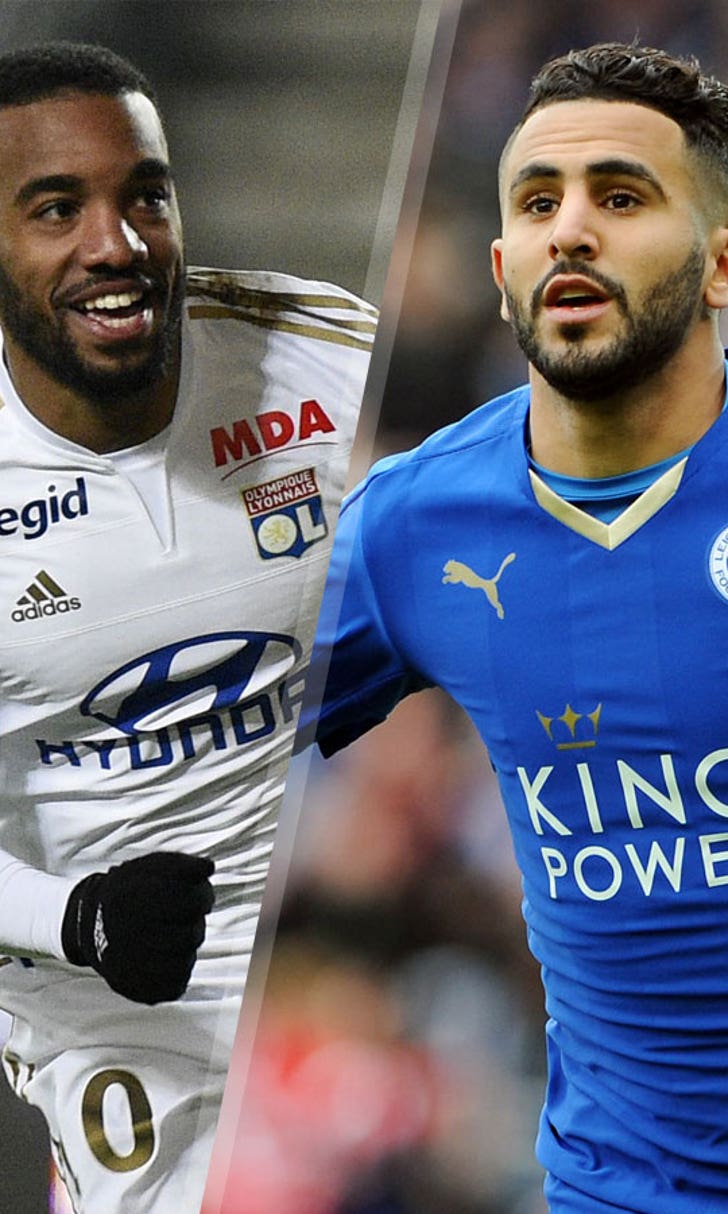 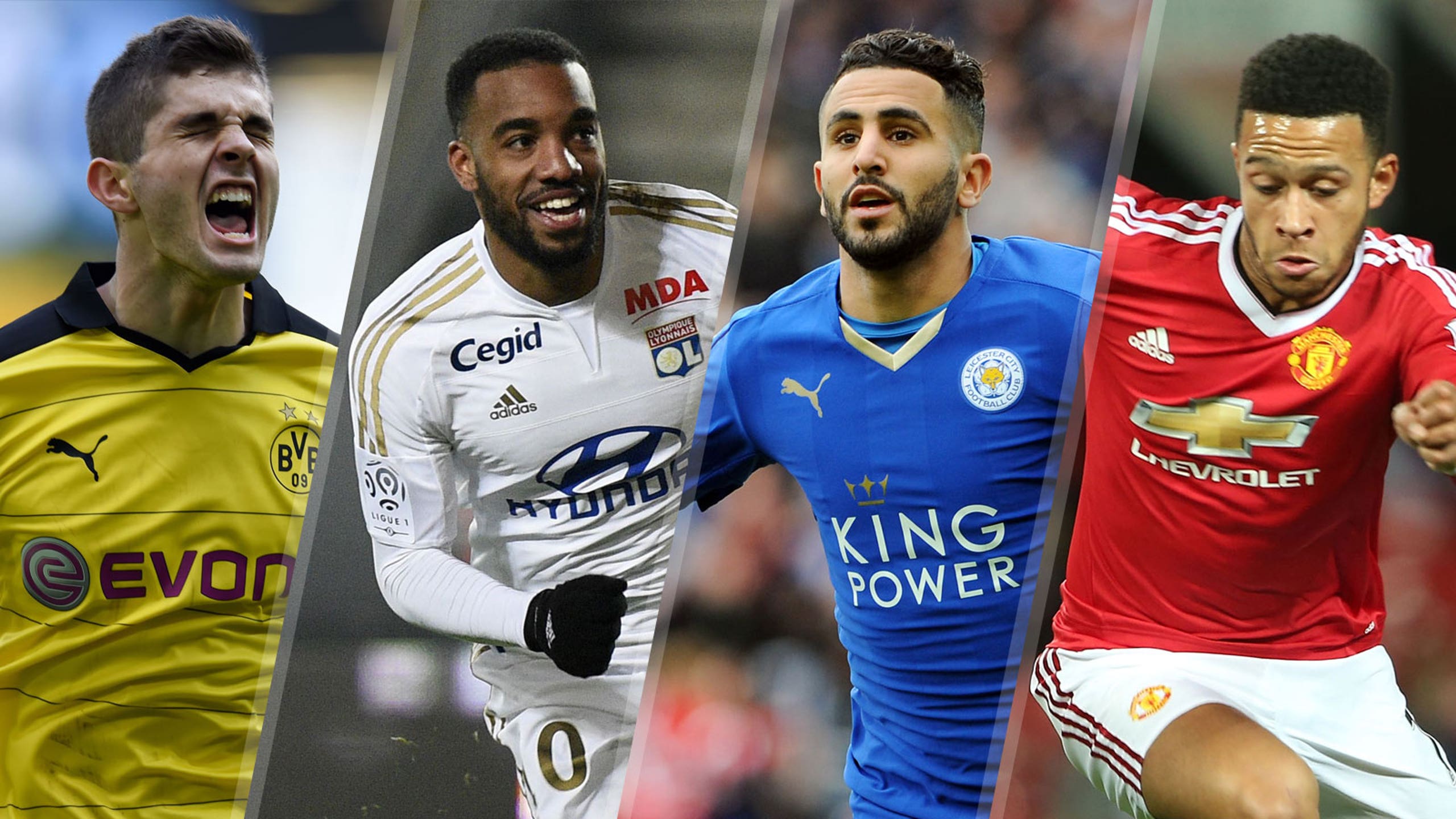 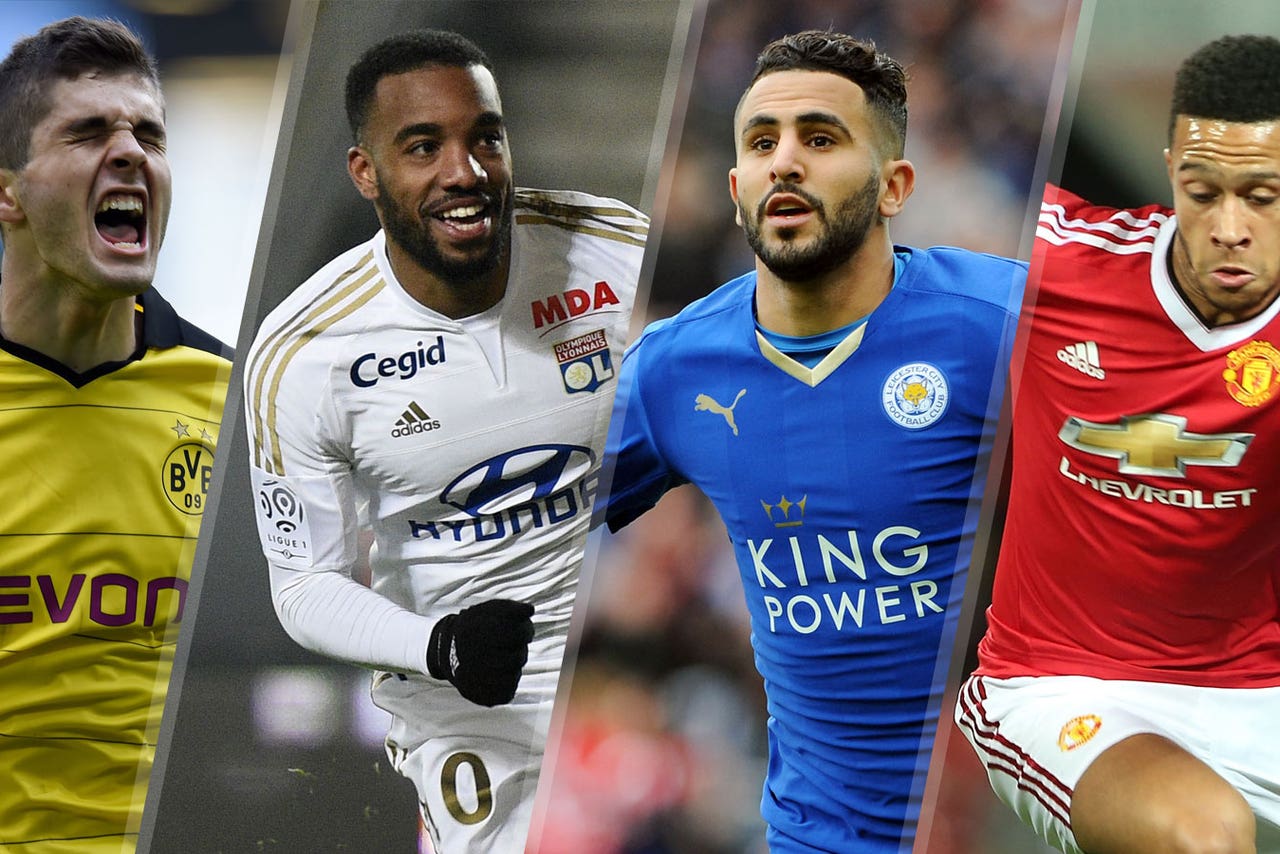 If you consider the overachievement of West Ham, Tottenham's emergence and Chelsea's dire Premier League title defense, it's fair to say London clubs have experienced mixed fortunes this season. In this week's Rumor Mill, sides from the English capital dominate speculation as they look to improve their squads ahead of the next campaign. Fact or fiction? You decide. 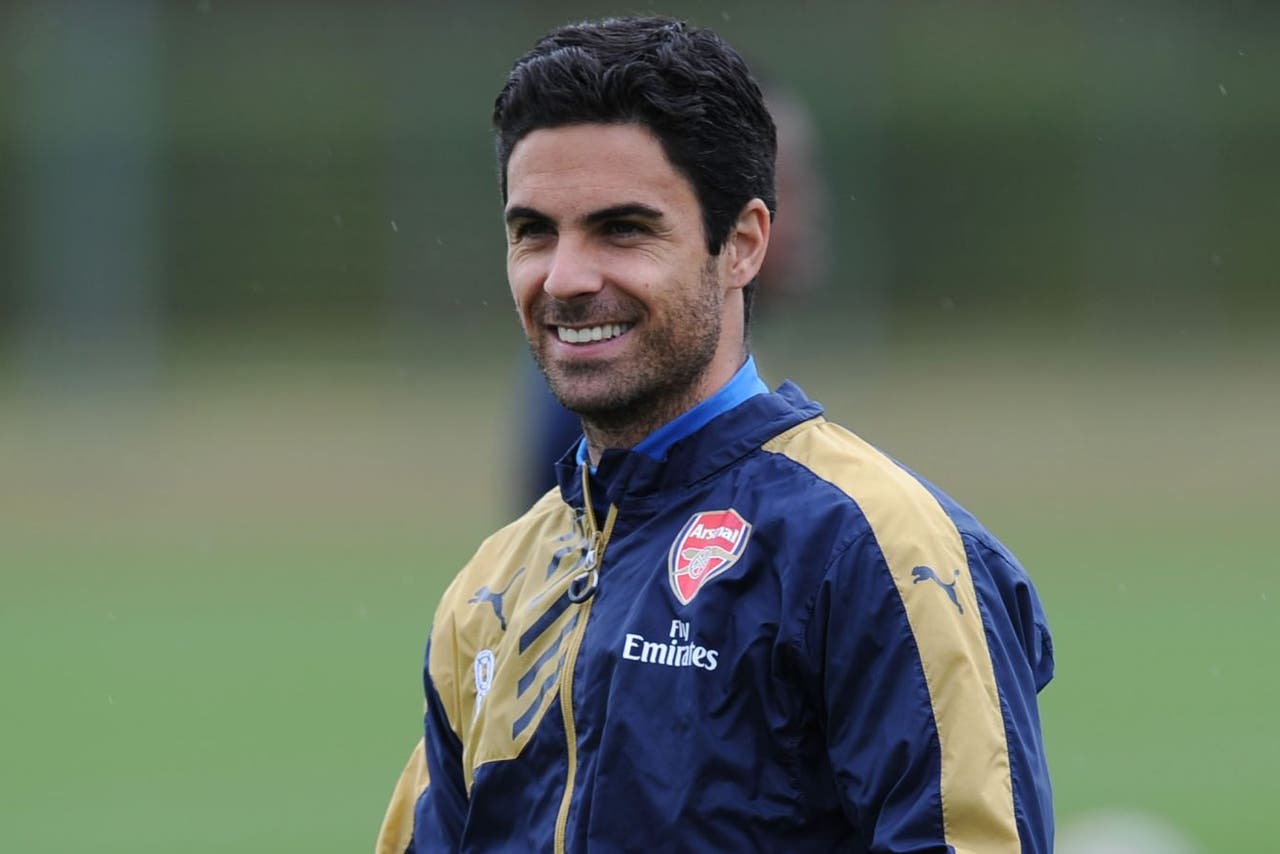 Rumor: Arsenal to Tottenham. // Likelihood: Why not? // The Talk: Tottenham are set to offer Arsenal midfielder Mikel Arteta a one-year deal, according to reports in Spain. Fichajes claim Spurs will offer him a player-coach role that will see him reunited with former PSG teammate Mauricio Pochettino. Arteta is out of contract in the summer at the Emirates after only playing 14 games this season. On the speculation, Pochettino said: "I love him and he loves me. You know our history from PSG, when he was 17 and I was the captain. We have a very good relationship. The thing is rumours and you know I never speak about rumours." 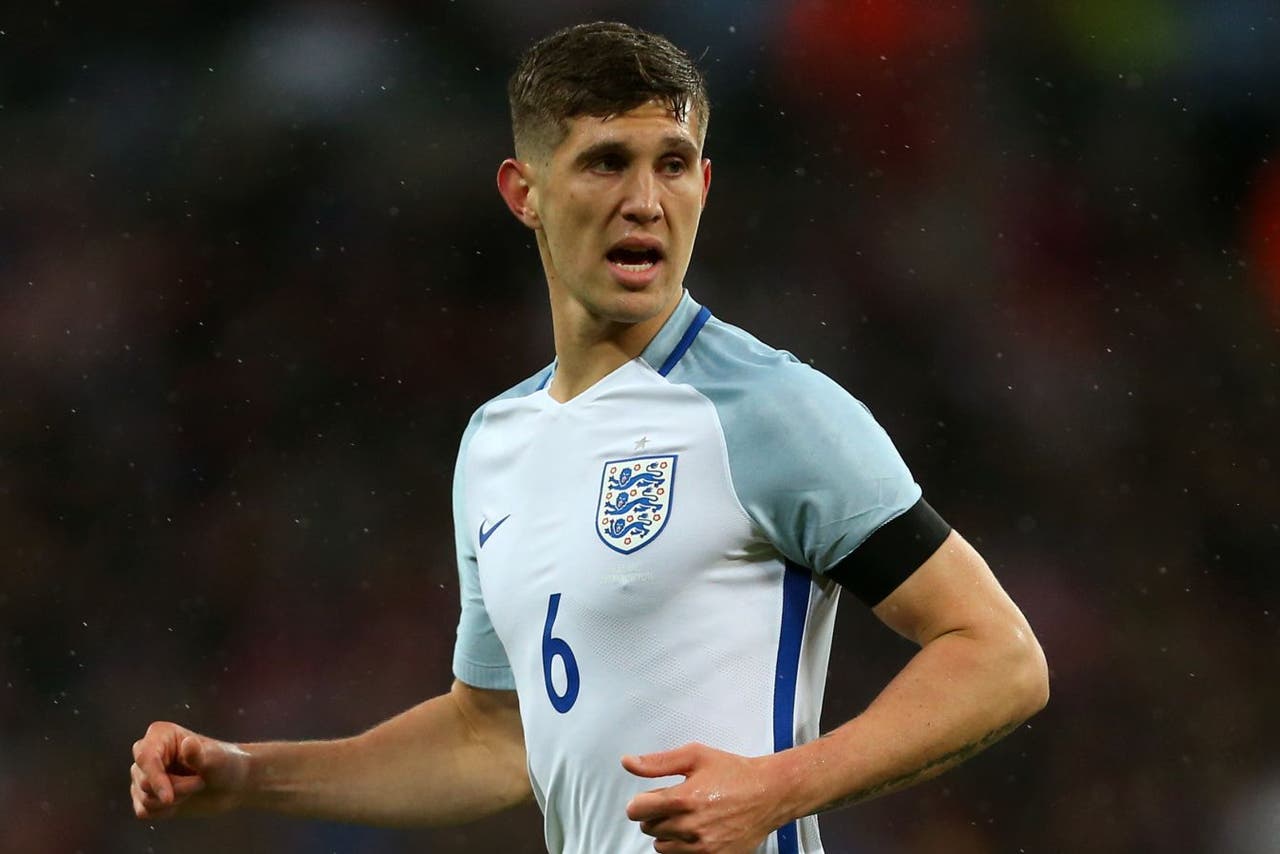 Rumor: Everton to Manchester City. // Likelihood: A good fit. // The Talk: Everton defender John Stones will sign for Manchester City after Euro 2016, according to the Daily Star. The England international had been linked with Manchester United and Chelsea in recent weeks but it now appears he could be part of Pep Guardiola's new look City side. The report claims the Etihad Stadium would be the 21-year-old's preferred destination and that he is keen to work with incoming boss Guardiola. It is thought Stones is rated at around £50million ($72.5million) by Everton. 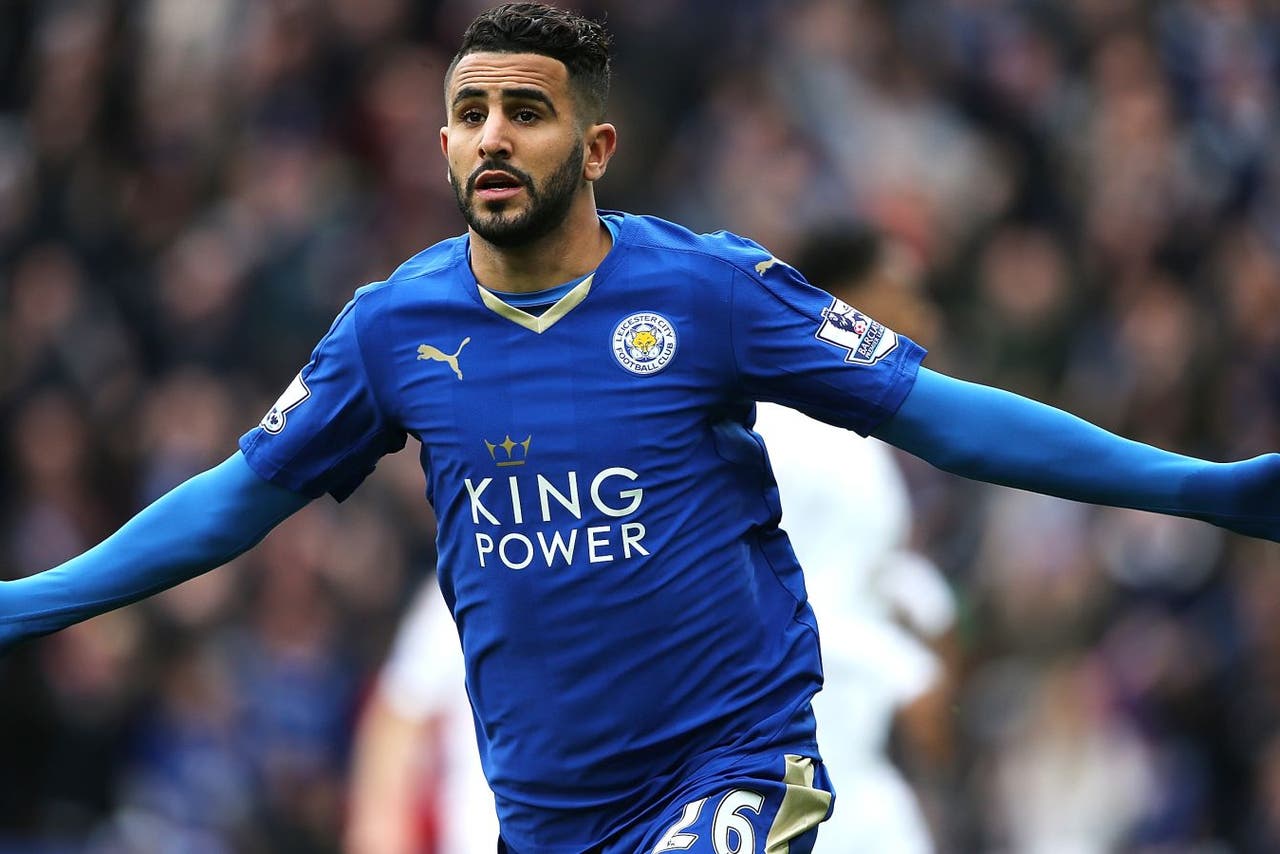 Rumor: Leicester City to Arsenal. // Likelihood: For the right price. // The Talk: Arsene Wenger will make Leicester City star Riyad Mahrez his top summer target, according to The Sun. The report claims that Mahrez will be brought in as part of a major summer overhaul with players such as Theo Walcott set to leave the Emirates. A host of top clubs are thought to be chasing the 25-year-old but Wenger has reportedly told friends he will put the Algerian top of his hitlist. The newly-crowned PFA Player of the Year moved to the Foxes from Ligue 2 side Le Havre for £400,000 ($580,000) in January 2014 after Wenger apparently turned down the chance to sign him. 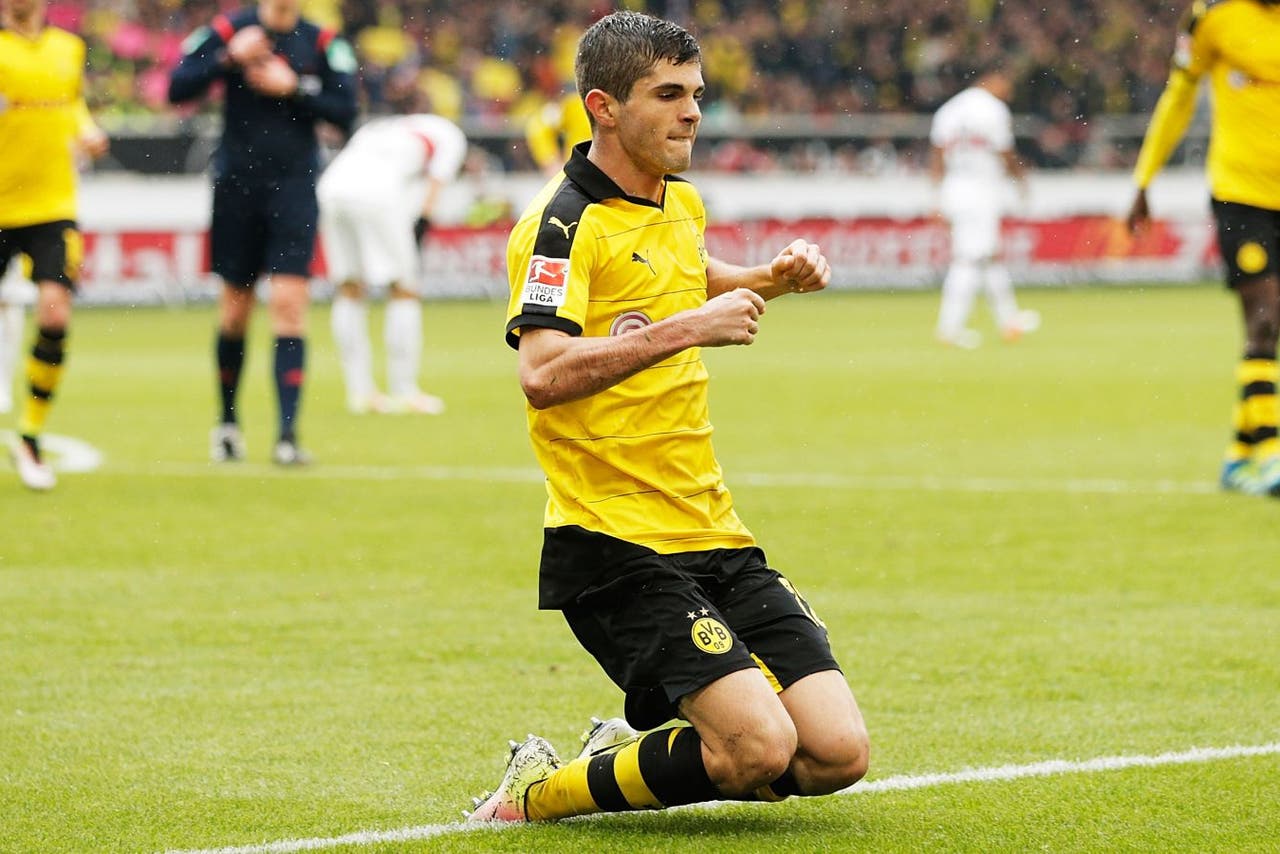 Rumor: Borussia Dortmund to Liverpool. // Likelihood: Not this summer. // The Talk: Borussia Dortmund's Christian Pulisic is on Liverpool's radar as Jurgen Klopp orders scouts to watch the youngster, says the Daily Mail. The US international has made 11 appearances and scored two goals in his breakthrough season for the Bundesliga club. And, Klopp, who knows the midfielder well from his time in charge at the Westfalenstadion is thought to have always believed in Pulisic's potential. However, a move for the 17-year-old -- who has one cap for the USMNT -- is believed to be unlikely until he completes another season in the Dortmund first team. 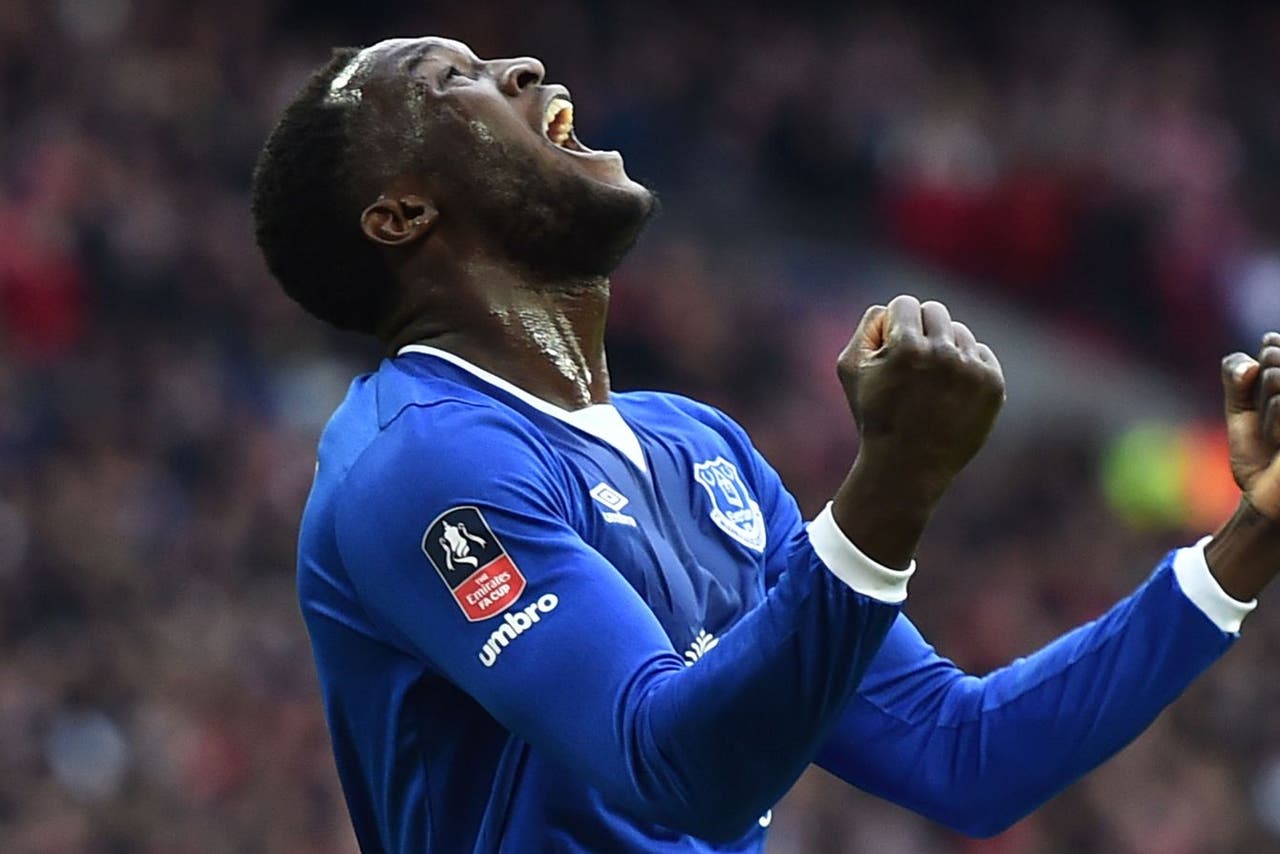 Rumor: Everton to Chelsea. // Likelihood: Valuation too high. // The Talk: According to the Daily Mirror, Everton striker Romelu Lukaku is eyeing a return move to Chelsea as the player feels he has 'unfinished business' at Stamford Bridge. Lukaku is likely to move in the summer, with Manchester United, Borussia Dortmund and Bayern Munich all linked to the Belgian in recent months. The Toffees are rumored to want more than double the £28million ($40million) they paid for the striker back in 2014. However, the report says that sum is unlikely to put off Blues owner Roman Abramovich, who is set to back incoming manager Antonio Conte with funds in the summer transfer window. While the Daily Mirror also claim Lukaku never wanted to leave Chelsea. 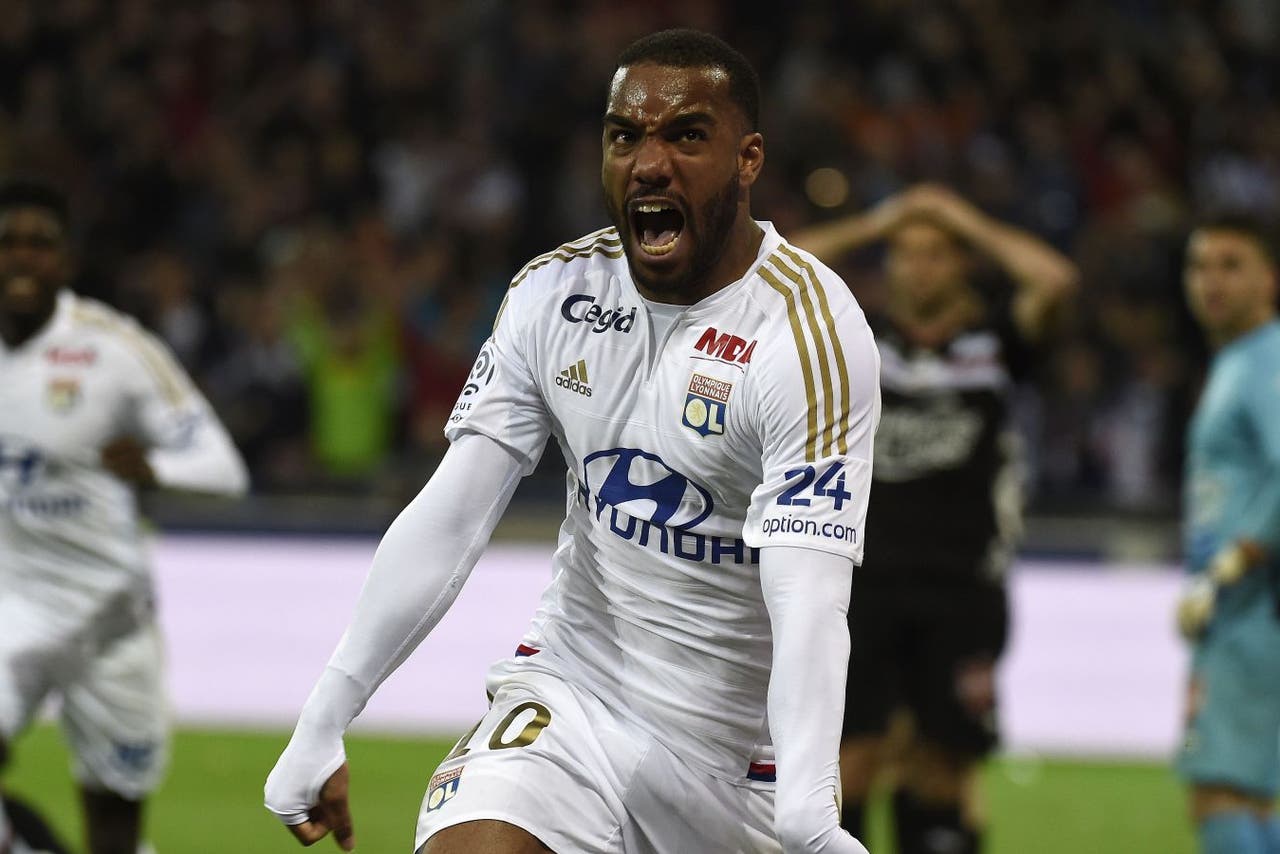 Rumor: Lyon to Manchester United or Tottenham. // Likelihood: Tottenham seems a better bet. // The Talk: Manchester United have reportedly been monitoring Lyon striker Alexandre Lacazette ahead of a potential move this summer. French publication L'Equipe claim the Red Devils have joined the battle for the striker, who has scored 18 goals in 31 Ligue 1 appearances this season. It is thought the Frenchman is keen to play in Europe next season, with Tottenham another possible destination. The Daily Mirror say Spurs have stolen a march on their rivals and now lead the chase for the 24-year-old, with a £23.5million ($34million) summer deal looking likely. 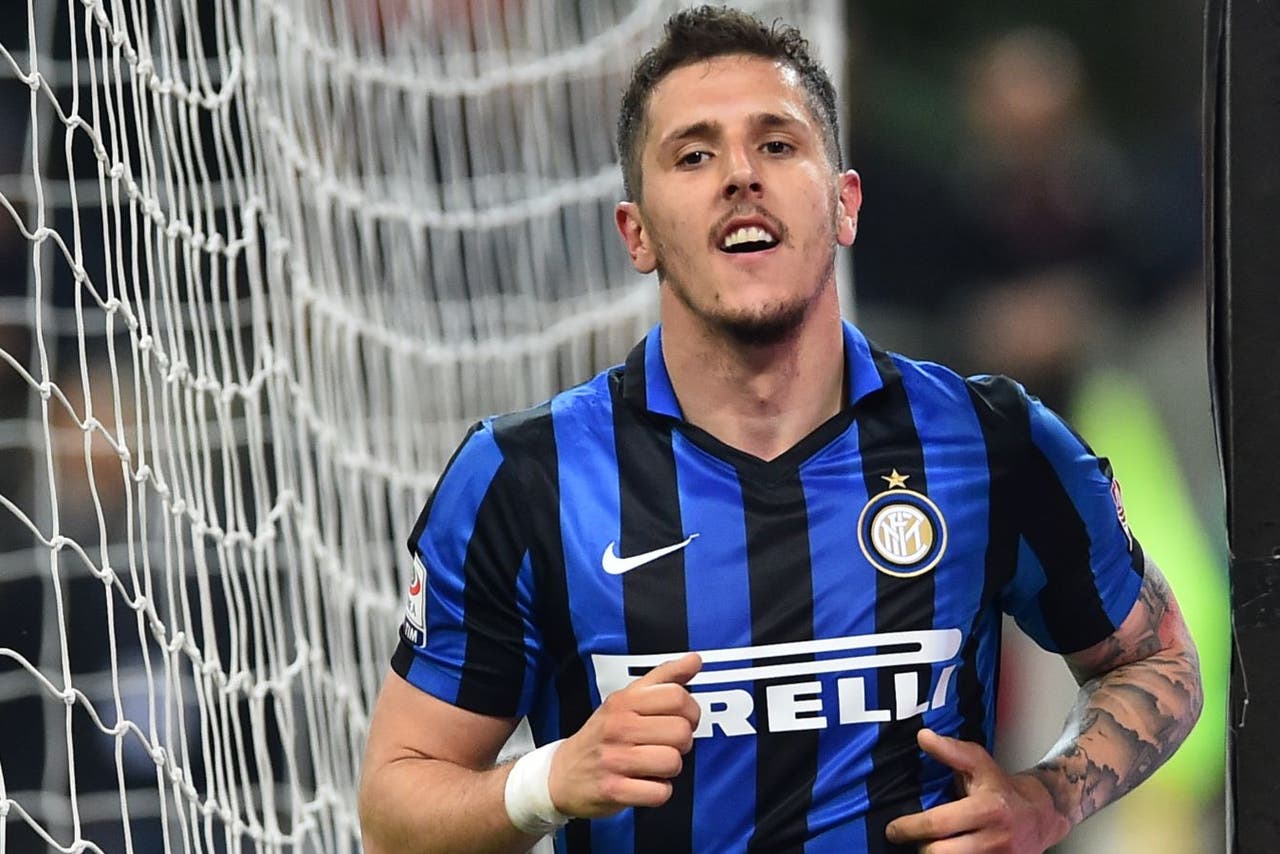 Rumor: Inter Milan to Chelsea. // Likelihood: Very unlikely. // The Talk: Inter Milan striker Stevan Jovetic is a shock target for incoming Chelsea boss Antonio Conte, according to the Daily Star. Last time Jovetic was in the Premier League he failed to make an impact at Manchester City and it would be a big gamble if the Blues were to purchase the Montenegrin. Although Jovetic has showed signs of improvement at Inter Milan, he has still only scored 7 goals in 25 appearances for the Serie A side this season. Conte is thought to be a big fan of the forward and tried to sign him while he was manager of Juventus. 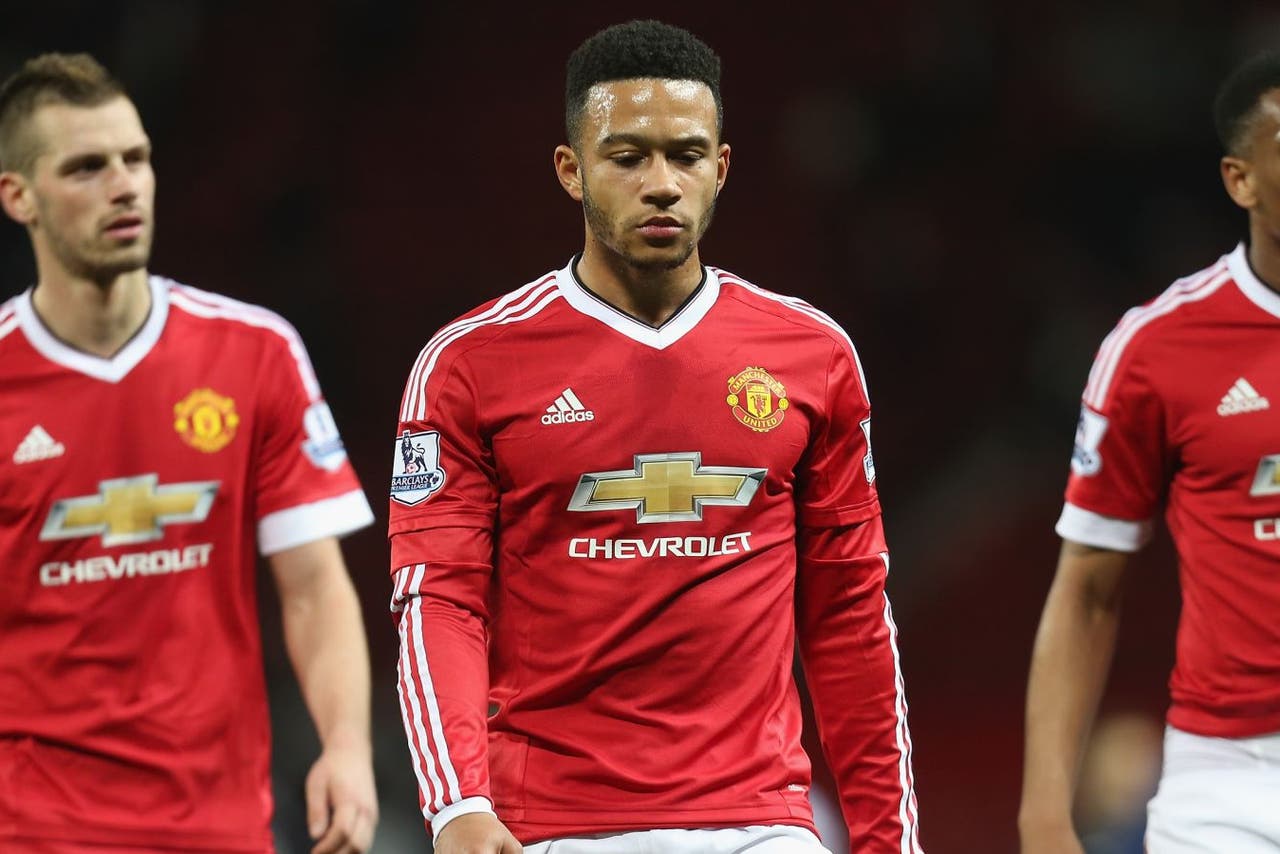 Rumor: Manchester United to... // Likelihood: Too early to let him go. // The Talk: Manchester United are ready to offload flop Memphis Depay just a year after signing him, according to the Sunday Mirror. Depay, who the Red Devils purchased from PSV Eindhoven for £25million ($36.2million) last July, is reportedly heading for showdown talks with current United boss Louis van Gaal. As well as some poor performances on the pitch, the Dutchman's off-field lifestyle is thought to be adding to his problems at Old Trafford. The winger was top scorer in the Eredivisie last season, however the Netherlands international has only registered twice in 26 appearances in the Premier League. 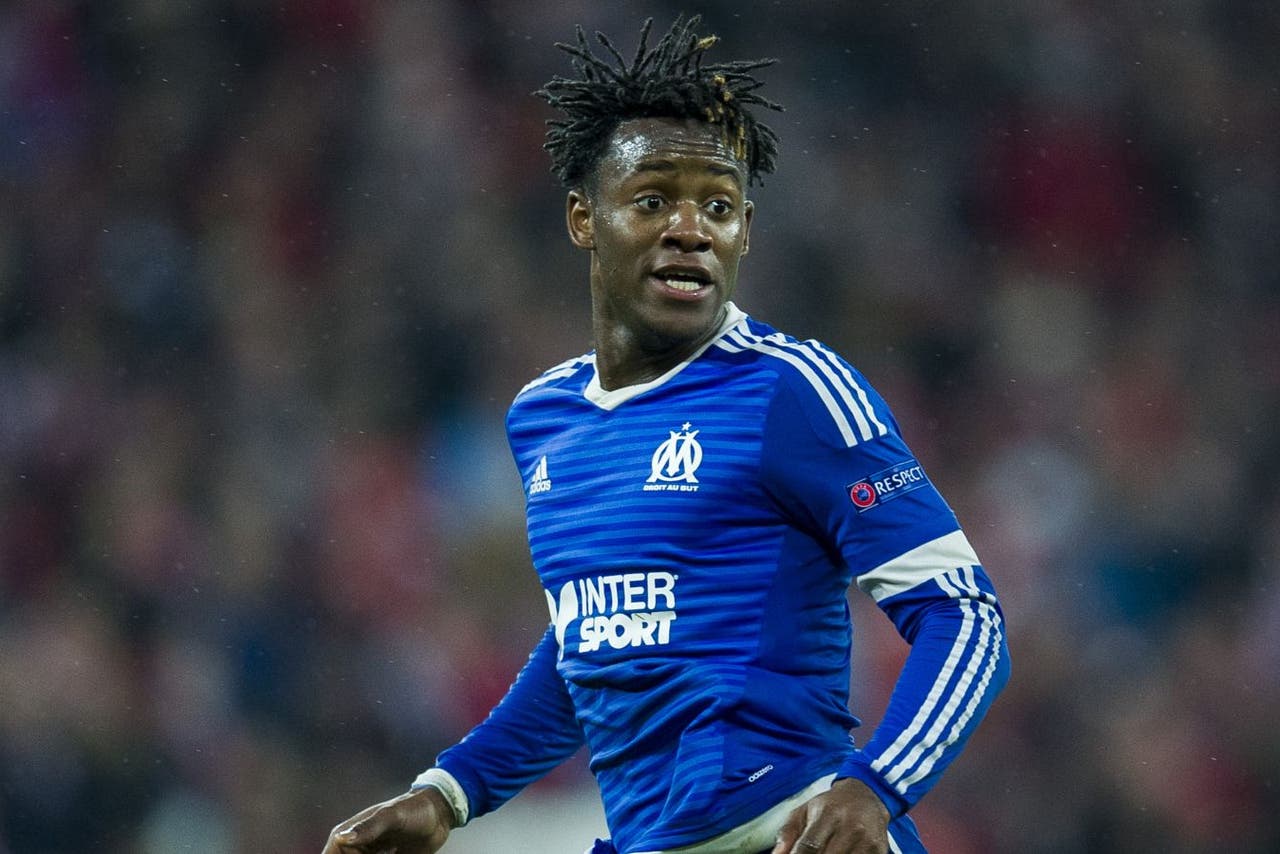 Rumor: Marseille to West Ham. // Likelihood: A good chance. // The Talk: West Ham boss Slaven Bilic is ready to make Marseille's Michy Batshuayi his marquee summer signing, according to reports. French publication L'Equipe claim that West Ham are ready to smash their transfer record with a £31.5million (45.6million) offer for the Belgium international. Following a fantastic first season under Bilic and a move to the 60,000 seater Olympic Stadium on the horizon, the Hammers are set to splash the cash in the summer. Representatives from London have reportedly made contact with Marseille over a possible deal; however, Spurs are also thought to be monitoring the situation closely. 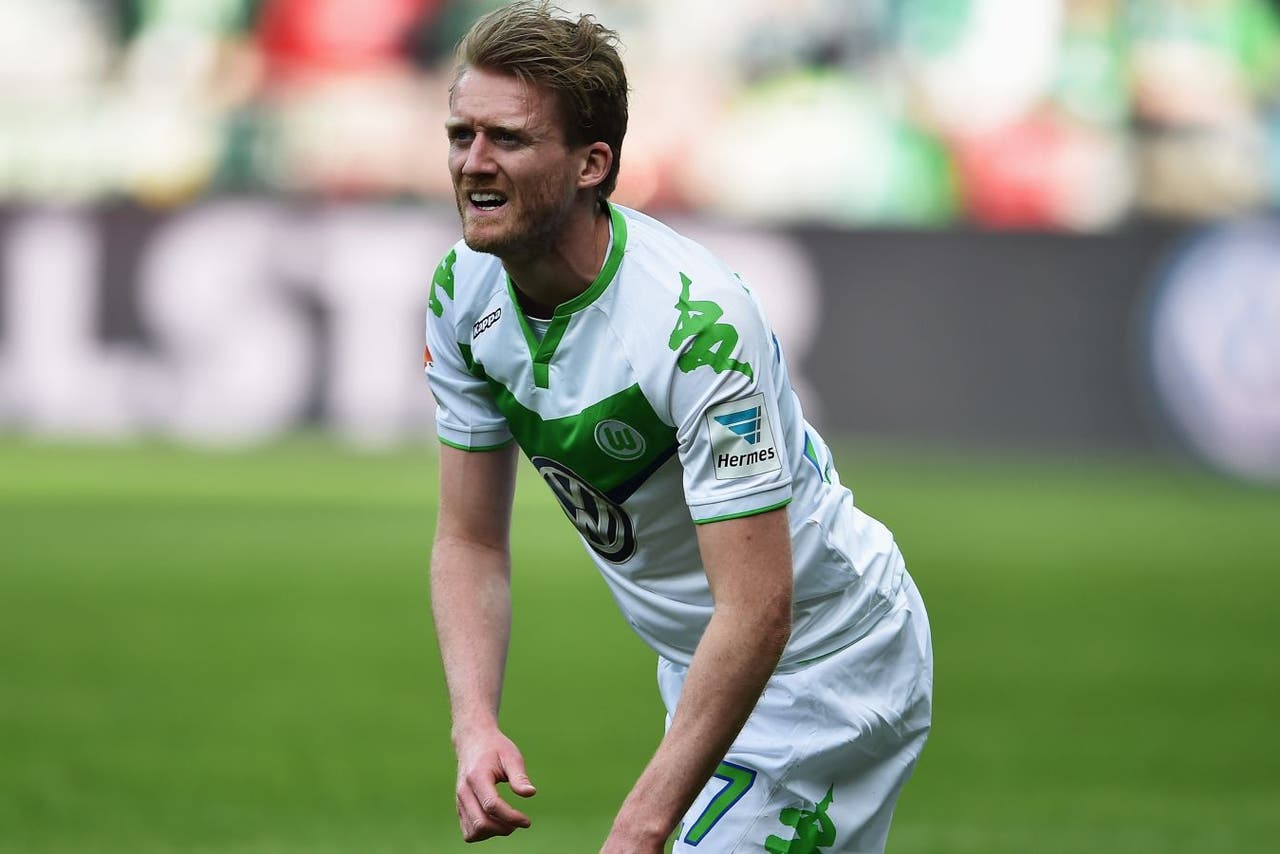 Rumor: Wolfsburg to Tottenham. // Likelihood: Likely. // The Talk: Tottenham are ready to offer Wolfsburg's Andre Schurrle a Premier League return, according to the Daily Mirror. With Wolfsburg on course to miss out on European football for next season, Schurrle is reportedly unhappy with life at the Bundesliga side. The former Chelsea winger left Stamford Bridge to join the German side in February 2015 for £22million ($31.9million). Tottenham will be playing Champions League football next season and plan on extending the quality of their squad in preparation for a tough campaign. The World Cup winner, who has a solid goalscoring record for club and country, would be just the tonic for Spurs as they look for someone to help out leading goalscorer Harry Kane.