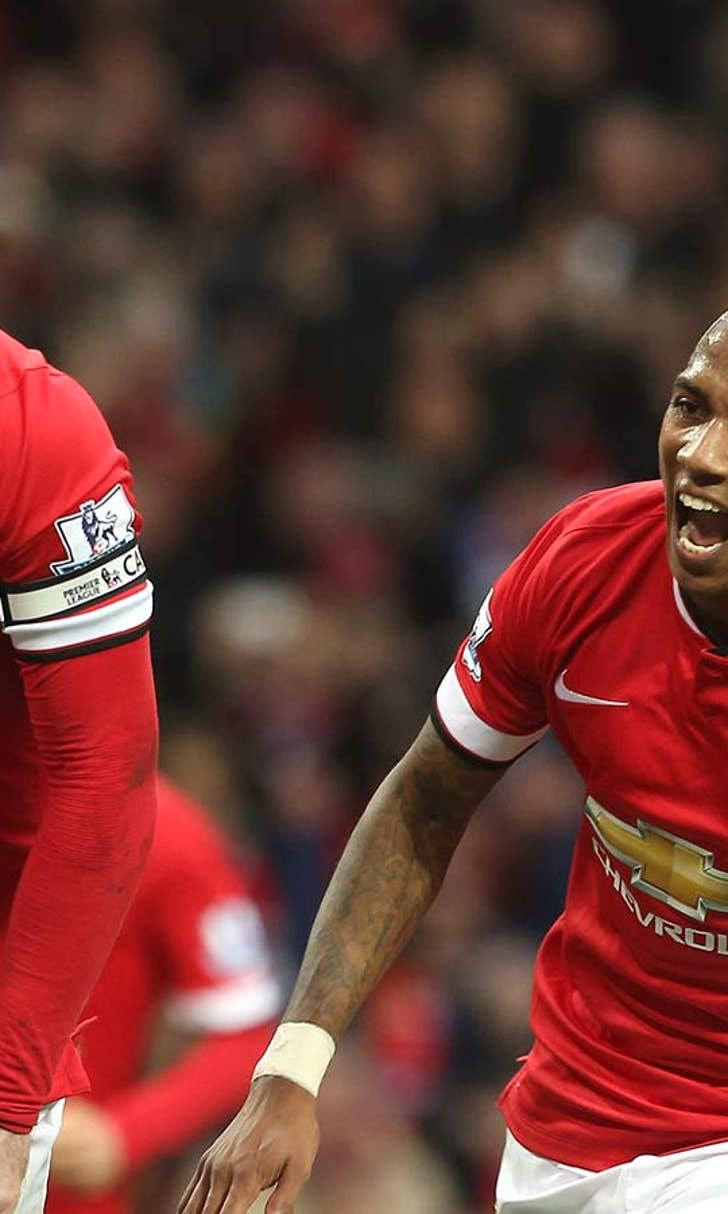 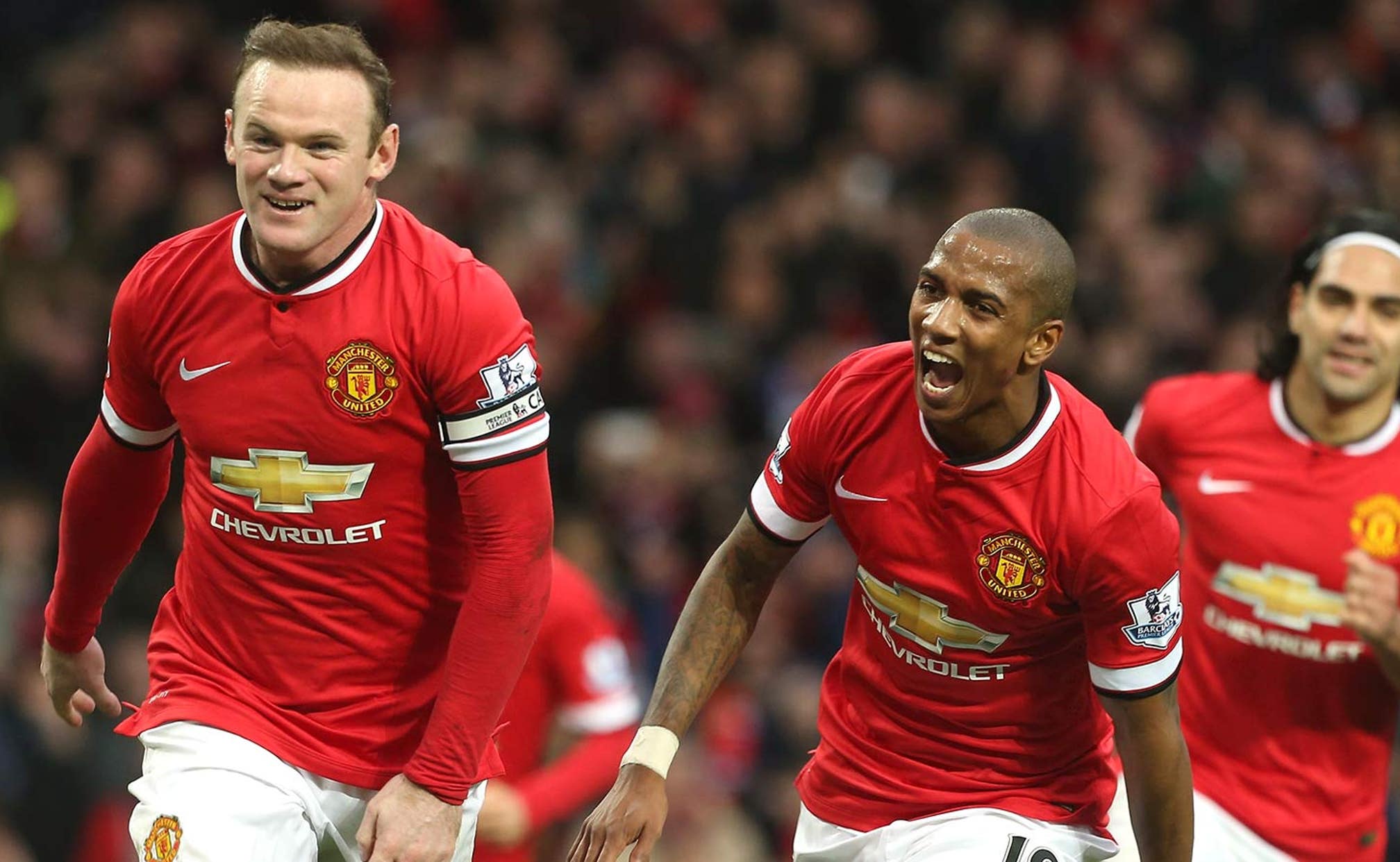 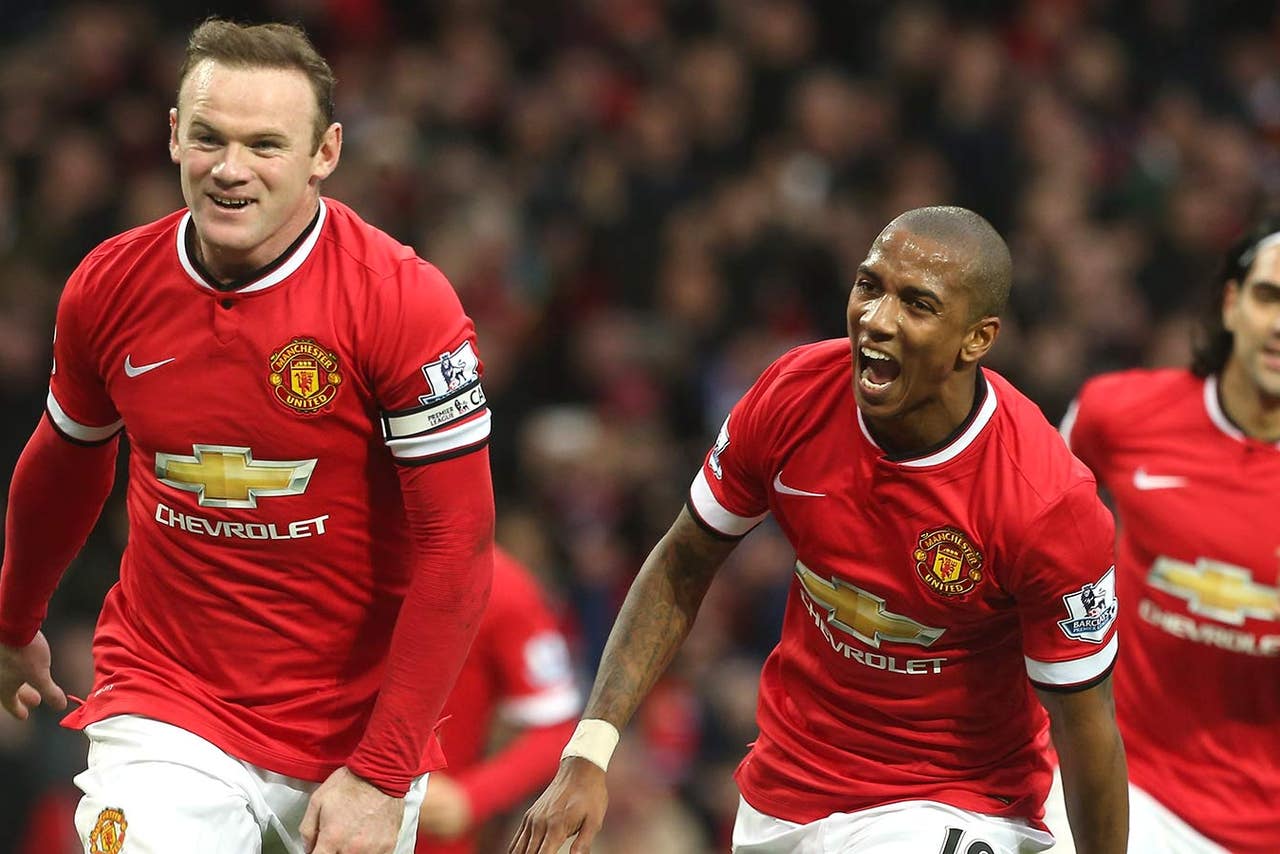 Wayne Rooney scored his first league goals in over two months to give Manchester United a 2-0 victory over 10-man Sunderland.

But while it was a good day for the United captain, referee Roger East had a Saturday afternoon to forget. East bizarrely decided to dismiss Sunderland's Wes Brown after awarding the spot-kick from which Rooney broke the deadlock, even though John O'Shea was clearly the man who pulled back Radamel Falcao in the penalty box.

The mistake came on the day football's lawmakers delayed live trials of video technology at matches for at least 12 months. The home fans at Old Trafford grew increasingly agitated after watching the latest sub-par performance from their star-studded team in the first half, but Rooney placated them with his controversial 66th-minute spot-kick.

And the United talisman rounded off the win with six minutes to go after he nodded in from close range. United boss Louis van Gaal will not care too much about the fact that referee East got the wrong man.

He will probably be more concerned about watching replays of the first half. United were woefully poor at times. Their passing was poor and their attempts to turn defence into attack were way too slow.

Angel Di Maria took the blame for the poor opening 45 minutes. The British record signing was substituted at half-time following a wasteful showing. Still, van Gaal will point to the fact that his team returned to winning ways - and they are back up to third in the Barclays Premier League.

Van Gaal made a point of criticizing his strikers at his prematch press conference on Friday, but they were not the ones who were at fault in the first half against the Black Cats. Rooney and Falcao were starved of success thanks to a poor showing from a midfield containing $170 million worth of talent.

Rooney did have an early chance after giving his marker the slip, but he could only nod wide. Other than that, the United captain was starved of service.

It was Sunderland -- the team who had won just one league game in nine prior to this weekend -- who looked the most threatening team early on.

Connor Wickham was allowed to drift in from the left flank and glide unopposed for 20 yards before driving a low shot towards goal. Not for the first time this season, David de Gea rescued United. He tipped Wickham's shot around the post and was on hand to save from Jermain Defoe moments later.

Di Maria admitted this week that his performances had not been up to scratch and that was certainly the case on Saturday. The Argentinian looked anything but a $92 million player. His only success was when he swung a cross to the back post which was cleared to Ashley Young, who wastefully volleyed over.

Di Maria and Ander Herrera were being easily out-muscled by the Sunderland midfield and the United fans were not happy. Jonny Evans was booed when he played the ball back to De Gea when and the fans yelled "Attack! Attack! Attack!".

For a brief moment, the players heeded their calls. Young chested down a Di Maria cross and blasted a low shot at goal which was turned onto the bar by O'Shea.

Costel Pantilimon then tipped Rooney's free-kick over the bar and Sebastian Larsson cleared off the line from Marcos Rojo. In the final move of the half, Di Maria sprinted down the left on the counter, but his ball to Falcao was sloppy - way too sloppy for a man who arrived at Old Trafford with a £59.7million price tag.

It came as no surprise when Di Maria was hooked at half-time, replaced by Adnan Januzaj. Januzaj's pace offered United more incision, but otherwise it was a similar story for the hosts, whose performance was laboured and unproductive. The little Belgian did well to strike a fierce volley on the hour, but the shot whistled just wide.

Then came the moment where the match turned in United's favor. Falcao found space in the area, but just as he was about to shoot, O'Shea pulled his shirt back and Brown intercepted the ball.

East pointed to the spot and sent Brown off, much to the shock of O'Shea. The Irishman told the referee he had pulled Falcao back and not Brown, but East stood by his decision and after a few minutes' protest, the former United right-back walked.

Once all the confusion had died down, Rooney blasted the ball past Pantilimon to put United ahead. The United fans seemed to object to Van Gaal's second substitution by booing as Falcao was replaced by Marouane Fellaini.

But they were happy again when Rooney wrapped up the win by nodding in from close range after Pantilimon had spilled Januzaj's shot.