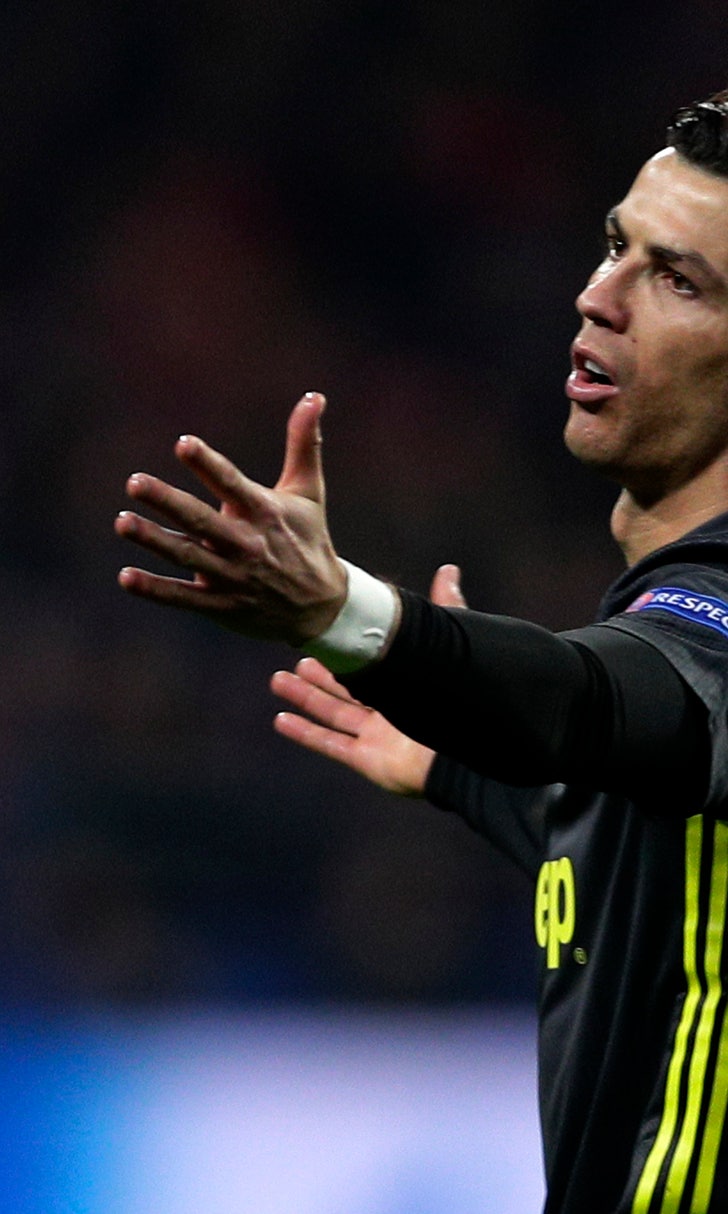 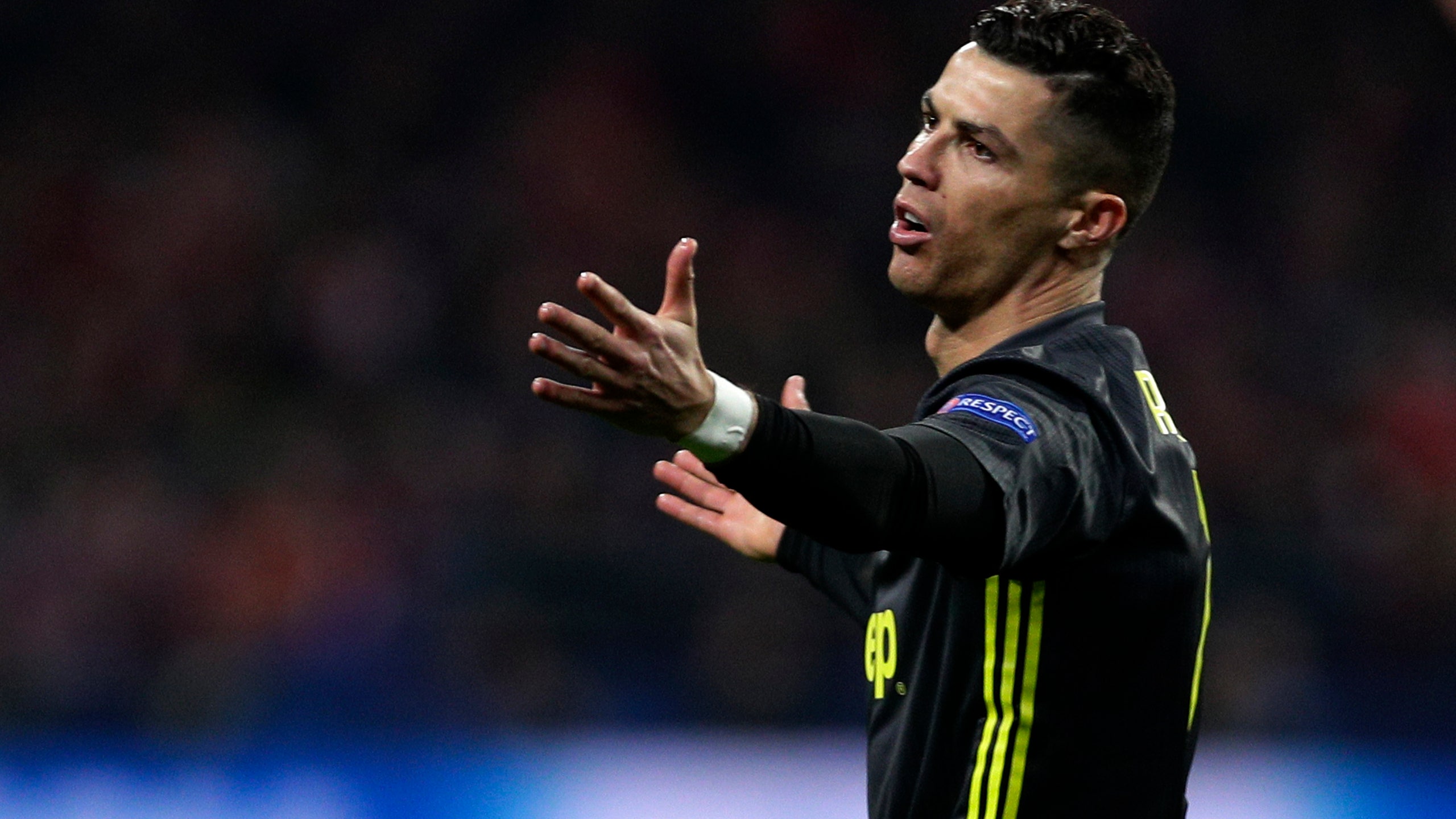 MADRID (AP) — Atletico Madrid's vaunted center-back pairing finally got the better of Cristiano Ronaldo on Wednesday, even providing the goals after holding their long-time rival scoreless for once.

In a match where Atletico had more trouble with video review than Ronaldo, the Spanish team kept the Portugal star in check but had to overcome two key VAR decisions to defeat Juventus 2-0 in the first leg of the Champions League's round of 16.

Central defenders Jose Maria Gimenez and Diego Godin scored late to give Atletico the win, after the hosts had a penalty kick taken away and a goal disallowed by VAR.

Ronaldo, jeered nearly every time he touched the ball, had a quiet performance in his first match in the Spanish capital since leaving Real Madrid last summer. He came close to scoring with a booming shot from a free kick less than 10 minutes into the match, but had few opportunities after that.

Heavily marked from the start, Ronaldo wasn't able to add to his good record against the old rival, which he helped eliminate in four straight seasons in the Champions League while playing for Real Madrid.

Atletico had a first-half penalty reversed by VAR after it determined that Diego Costa was fouled outside the area, and the referee also consulted video replays on the pitchside monitor before disallowing a second-half goal by Alvaro Morata for a push on Juventus defender Giorgio Chiellini.

"We hope the VAR keeps improving and helping make things right, but do you really believe that a person who is 1.87-meters tall can fall that way in a game action like the one with Morata?" said Simeone, who celebrated his team's first goal with an obscene gesture and could face UEFA sanctions.

The hosts dominated after an even first half at Wanda Metropolitano Stadium, and both Costa and Antoine Griezmann missed clear scoring chances before Gimenez found the net after getting to a loose ball inside the area in the 78th and Godin added to the lead with an angled volley in the 83rd after defenders failed to fully clear a free kick cross by Griezmann. The shot seemed to take a slight deflection off Ronaldo, who was the closest player to Godin but wasn't able to block the effort.

"Luckily we were able to overcome the calls that went against us with the VAR," Godin said. "It was a great result, scoring twice and not conceding, but we will have to be prepared for the final 90 minutes in Turin."

Ronaldo was loudly booed when his name was announced before the match, and he drew even louder jeers from the Atletico crowd when he prompted the game to be interrupted because he remained on the ground after getting his foot stepped on later in the first half.

Ronaldo almost scored when his long-range free kick forced Atletico goalkeeper Jan Oblak to make a difficult save in the ninth minute. He had another attempt with a deflected shot a few minutes later, but didn't come close to the Atletico goal again until a late header sailed over the crossbar.

"Ronaldo played a good match, he is used to this type of match," Juventus coach Massimiliano Allegri said. "The entire team had a letdown in the second half. It's a lesson we need to learn going into the return match."

Ronaldo had not played in Madrid since joining Juventus in a blockbuster transfer at the end of last season. He had played with Real Madrid for nearly a decade, leading the Spanish powerhouse to four Champions League titles in five seasons, including in the last three.

Atletico Madrid is back in the round of 16 after failing to make it out of the group stage last season.

Juventus was runner-up in the Champions League in 2015 and 2017. Last year, it was eliminated by Ronaldo's Real Madrid in the quarterfinals.

This year's Champions League final will be played at Atletico's Wanda Metropolitano Stadium.