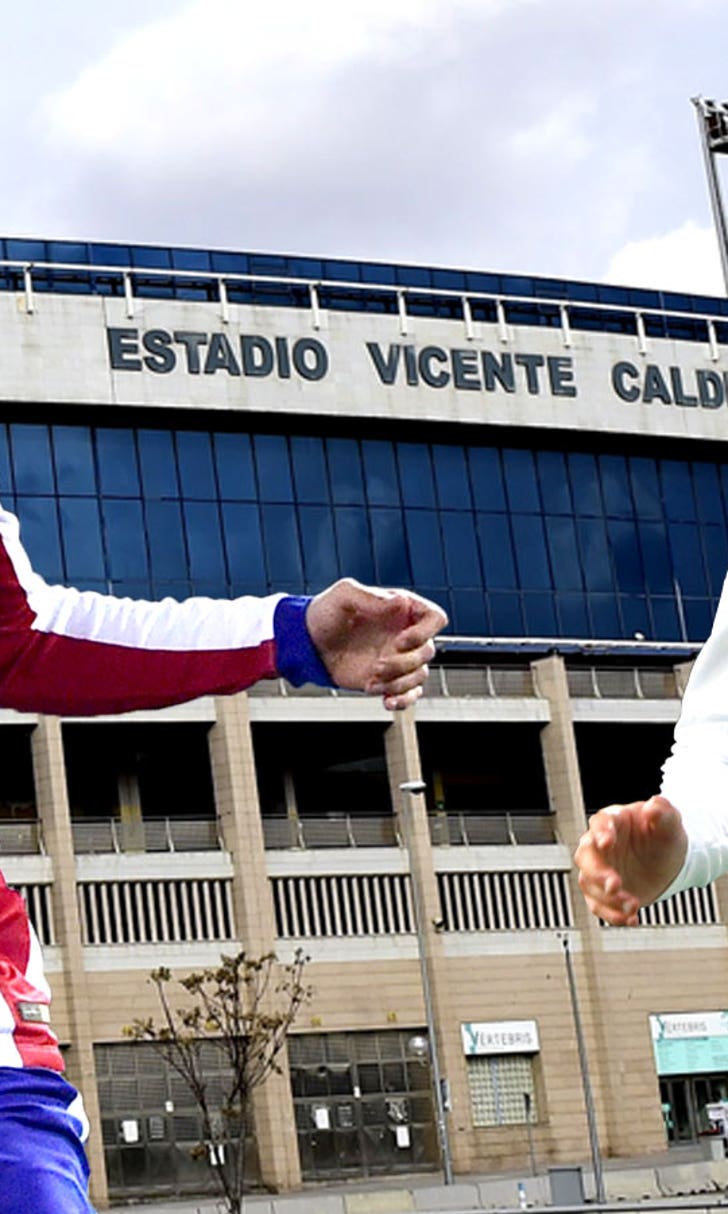 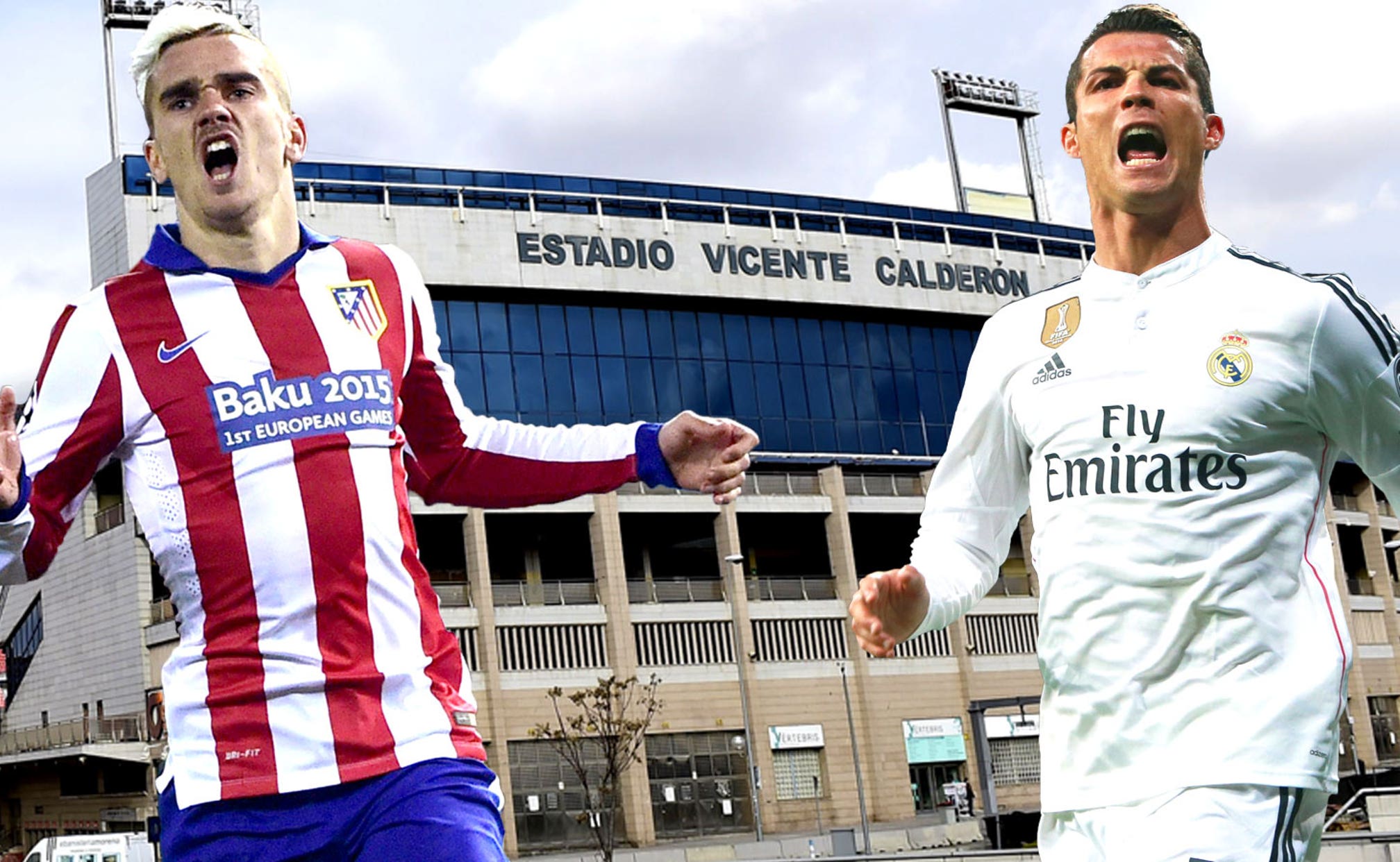 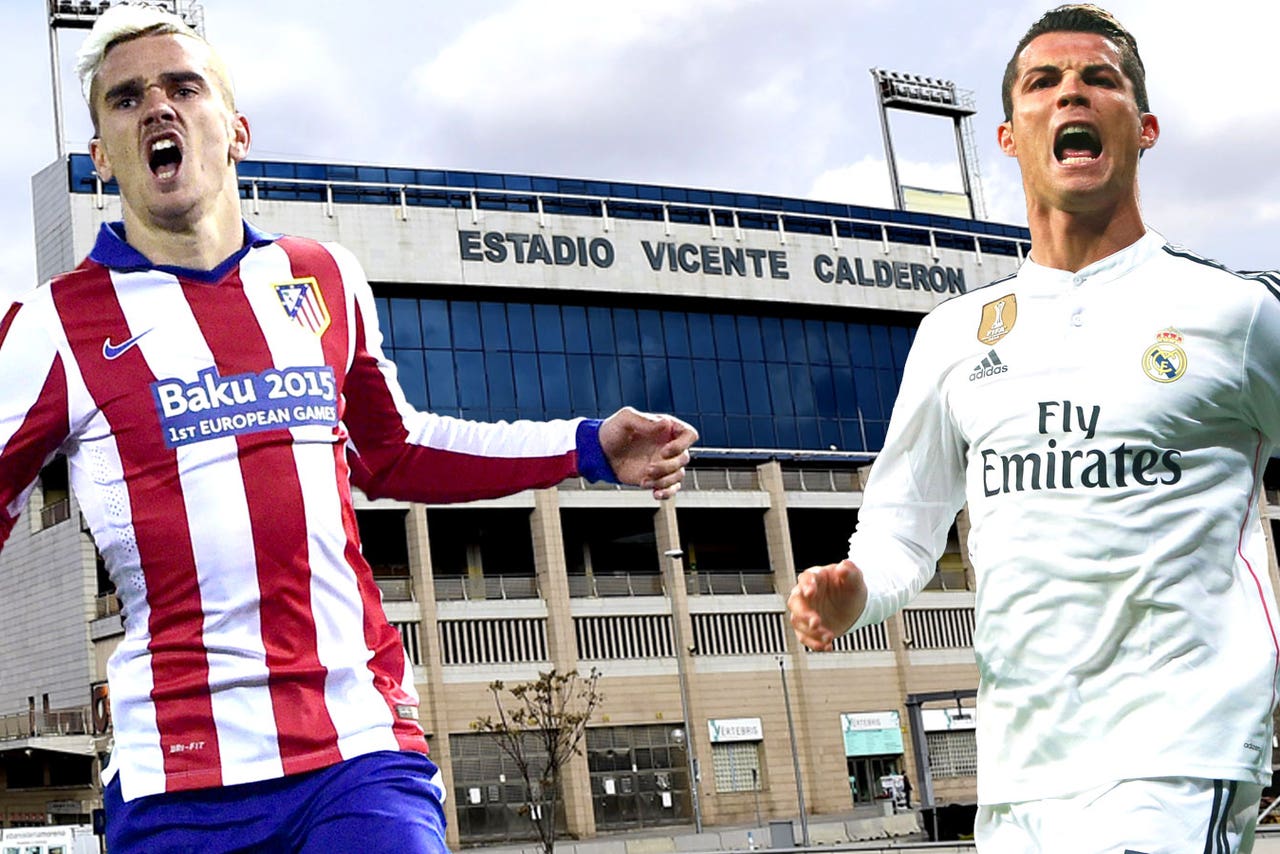 Have the Spanish La Liga champions conceded their title? The question hung in the background after Atletico Madrid's 2-2 draw at Malaga on Saturday, and stayed pending when Diego Simeone, the Atletico head coach, was asked the question directly. He said only: "This was a significant result, a good point, and it takes us further in our target to battle things out with Sevilla and Valencia."

He specifically named just Sevilla and Valencia, the two clubs immediately below third-placed Atletico in the table. Simeone did not refer to the pair above them, Real Madrid and Barcelona. Barca's 2-2 draw at Sevilla meant the gap between Simeone's title-holders and the leaders remained at nine points, a large gap, as Simeone's evasive reply admitted, but not an impossible one. The gap behind Real Madrid grew, meanwhile, with Real's 3-0 over Eibar. Real have tightened their chase of Barcelona to just two points, which made them much the happiest of the leading trio after Matchday 31.

None of them can dwell for long on the mathematics, the heightened tension, of the domestic summit. Larger challenges are imminent. Nor will Simeone or his Real counterpart Carlos Ancelotti interpret the seven point space between the Spanish capital's two heavyweight clubs as much of an indicator to the outcome of Tuesday's UEFA Champions League quarterfinal first leg (live, Tuesday, FOX Sports 1, FOX Sports Go, 2:30 p.m. ET) at Atletico's Vicente Calderon.

None of those seven points were gained by Real at Atletico's expense in the two league derbies so far this season, and indeed almost nothing from the six domestic Madrid derbies since mid-August can be taken as ground for optimism by Ancelotti ahead of the so-called "Euroderby."

The last time Atletico played Real at home, the La Liga champions thrashed the reigning European champions 4-0. "That was a different game, and it will act as a motivation for us," said Ancelotti, buoyed by the weekend's win, and for seeing the Liga race made livelier by Barcelona's dropped points, but wary of looking too closely at the recent record of city derbies.

Yes, Real does have the potential motivation of ending what has become stubborn sequence of setbacks against Atletico, who beat them 2-1 over two legs in the Spanish Super Cup eight months ago. For sure, Ancelotti does nurse the pent-up frustrations of having lost again over 180 minutes to Atletico in January in the Round of 16 phase of the Copa del Rey. Certainly, the 4-0 loss in February hurt. So did the 2-1 Atletico win over Real in the other La Liga derby in September. Six matches, for losses, two inconsequential draws in losing Cup ties. Yes, that's motivation for revenge.

But if Real's accumulated recent history of reverses against Atletico has been stacking up rapidly, the motivation for Atletico to add a Champions League derby triumph to the six-match run is even more compelling. Tuesday is re-run of the last European Cup final, of Lisbon last May. That was Real's day, their coronation, thanks to dominant half an hour of extra-time against a tired Atletico, who had led 1-0 until the last minute of regular time, until Sergio Ramos' header for an equalizer, the goal that ushered in the extra 30 minutes, and three more Real goals.

"Not a single tear," Simeone ordered his players that night. No tears, just a determination to make amends. Over nine hours of soccer now against their fiercest rivals since that Lisbon final, Atletico, the defending Spanish champions, have out-muscled Real, out thought them strategically and alarmed Ancelotti with their capacity to marginalise Cristiano Ronaldo, disappear Gareth Bale and make Real's midfield look flimsy.

When Ancelotti remembers the recent 4-0 at the Vicente Calderon arena, venue for Tuesday's first leg, as a distinct game in a different context to Tuesday's, he is partly right. That day, Atletico overwhelmed a team missing several senior players: Neither Pepe, Sergio Ramos nor Marcelo had been available in his defense. His midfield lacked Luka Modric and James Rodriguez. Though Pepe left the field in the Eibar game on Saturday in discomfort, and Bale was rested after picking up a knock in training, Ancelotti reckons on their participation in the quarterfinal. Real should be at full strength, much better equipped, much more assured to take on Atletico than they were in February.

"The intensity we show will be important against Atletico," said Ancelotti, "but there are other components, as well." He says he is clear about eleven of them, his starting XI, but would not reveal his thinking over the main selection dilemma, which is who, out of Rodriguez and Isco, partners Modric and Toni Kroos in midfield. "Maybe both," suggested Ancelotti, though it sounded like a tease rather than a tactical solution which would probably mean the exclusion of one of his front three, Ronaldo, Karim Benzema or Bale.

Simeone rested some senior players against Malaga, and expects to be able to call on most of his senior men, although there was doubt over the fitness of striker Mario Mandzukic before he was deemed fit on Sunday. "We are not in a bad way," said the Atletico coach, knowing motivation will hardly be a challenge for this one, and that recent form is a tremendous alibi.