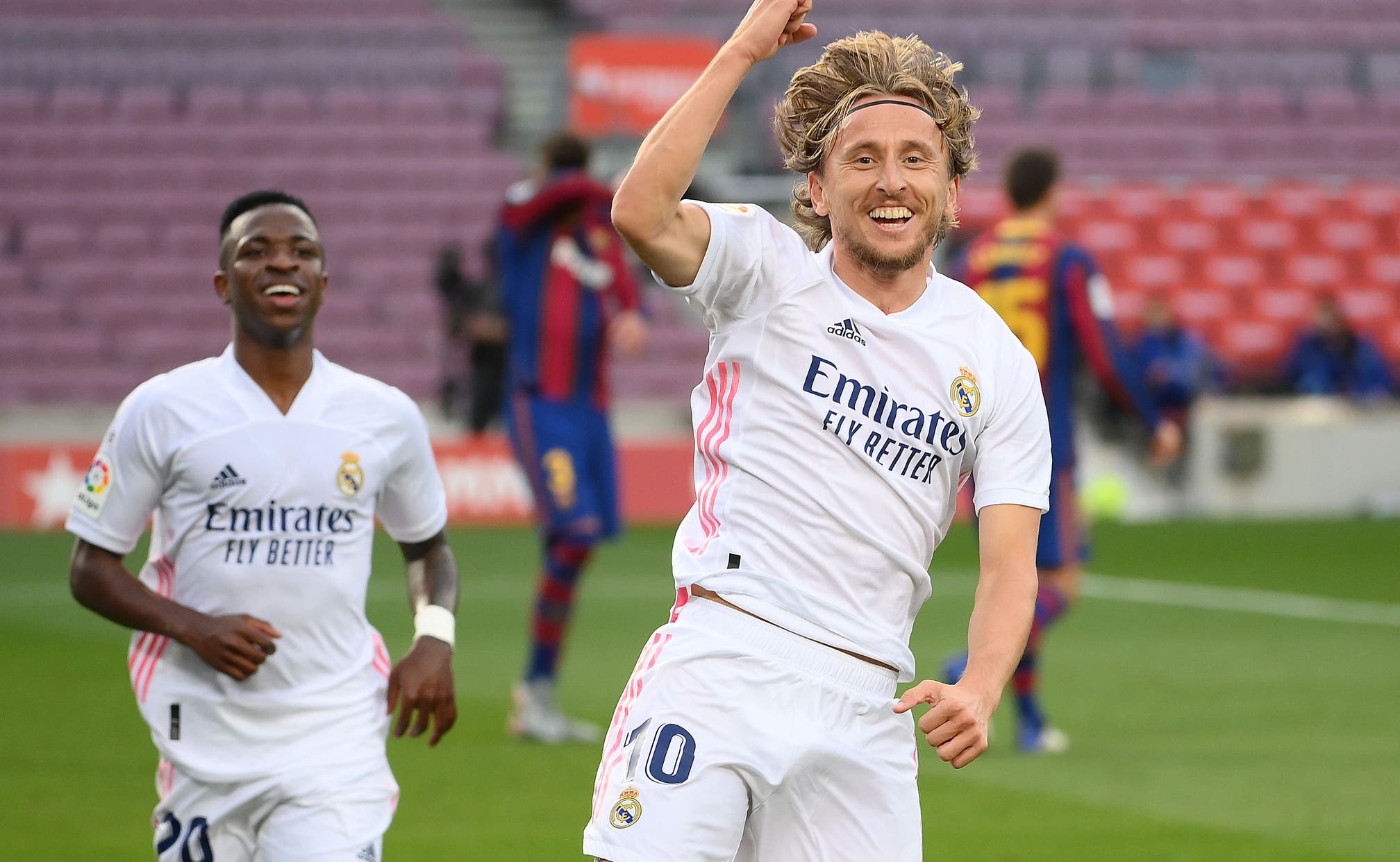 It's not often that Real Madrid defeats its bitter rival FC Barcelona twice in a row in La Liga play.

In fact, the last time it happened came over a decade ago.

That all changed on Saturday.

Real Madrid knocked off Barcelona 3-1 in the two rivals' first matchup of the La Liga season, and Madrid has now outscored Barca 5-1 over the course of the last two La Liga contests, earning a 2-0 win back on March 1 of this year.

And with Saturday's win, Real Madrid moved ahead in the most important category in El Clasico history: all-time wins.

Real Madrid's two wins in 2020 are a far cry from what fans saw out of El Clasico matchups across La Liga and Copa del Rey in 2019.

However, Fati's history-making goal wasn't enough to spark Barca, which allowed two more goals to Real Madrid in the second half.

The first came from Sergio Ramos via penalty kick in the 63rd minute.

And in the 90th minute, Luka Modric closed the show.

One point of note: Barcelona superstar Lionel Messi failed to score on Saturday, and in the five El Clasico matchups since superstar rival Cristiano Ronaldo left Real Madrid, Messi has been less than spectactular.