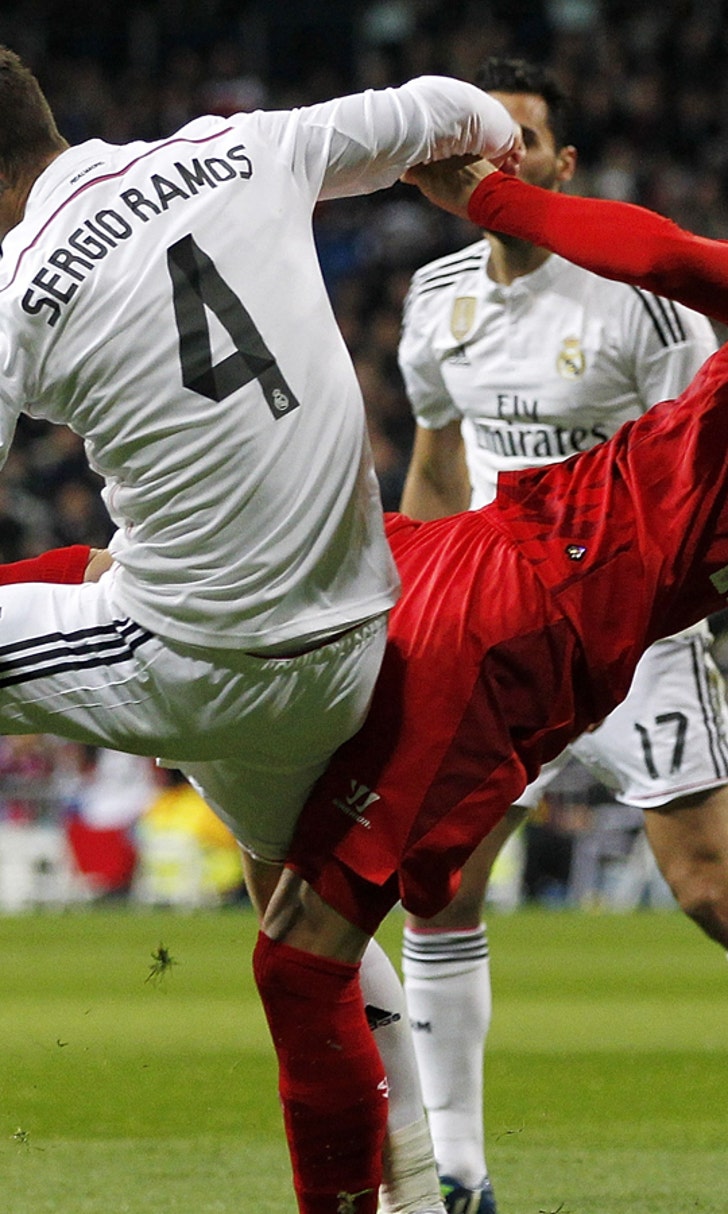 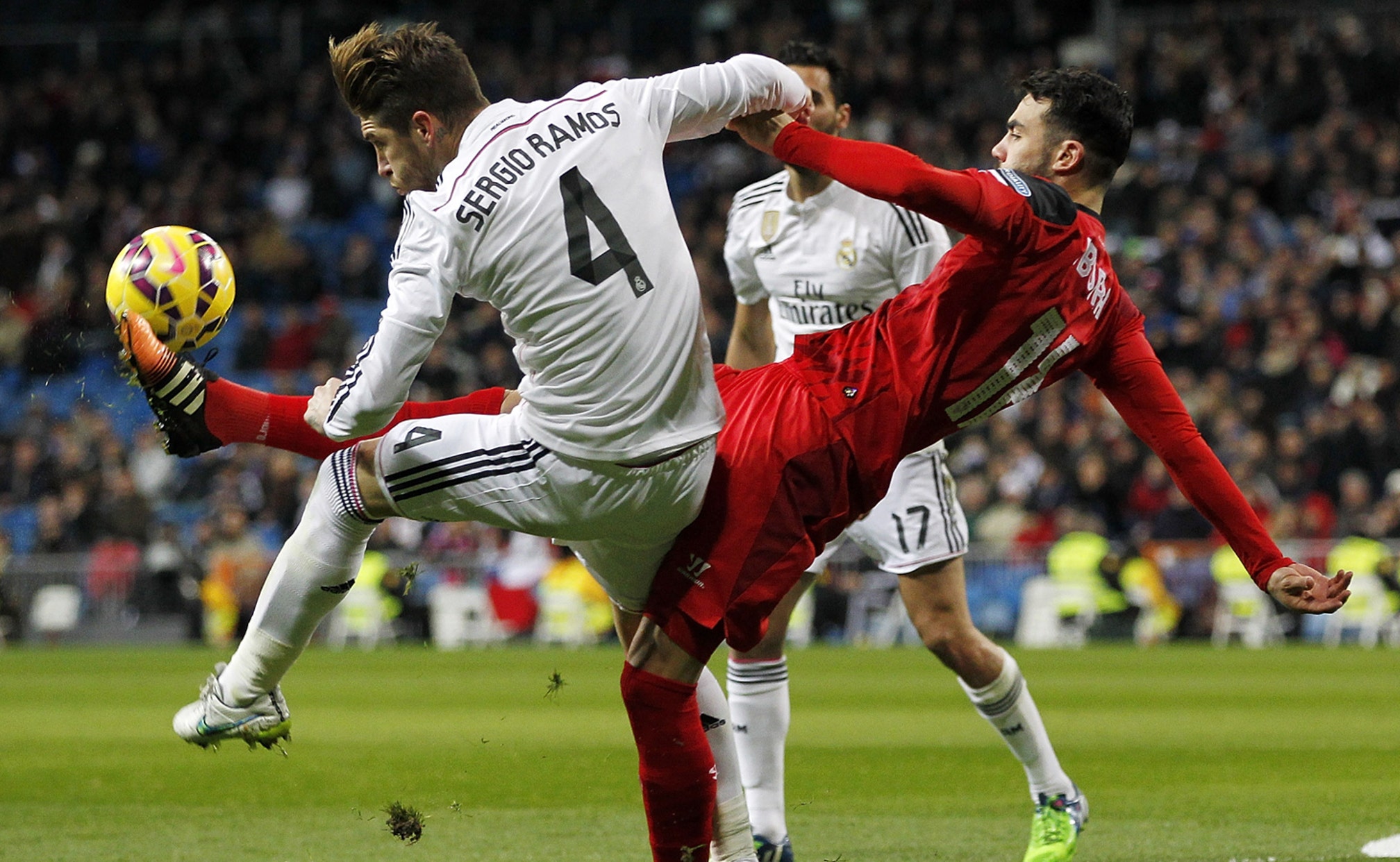 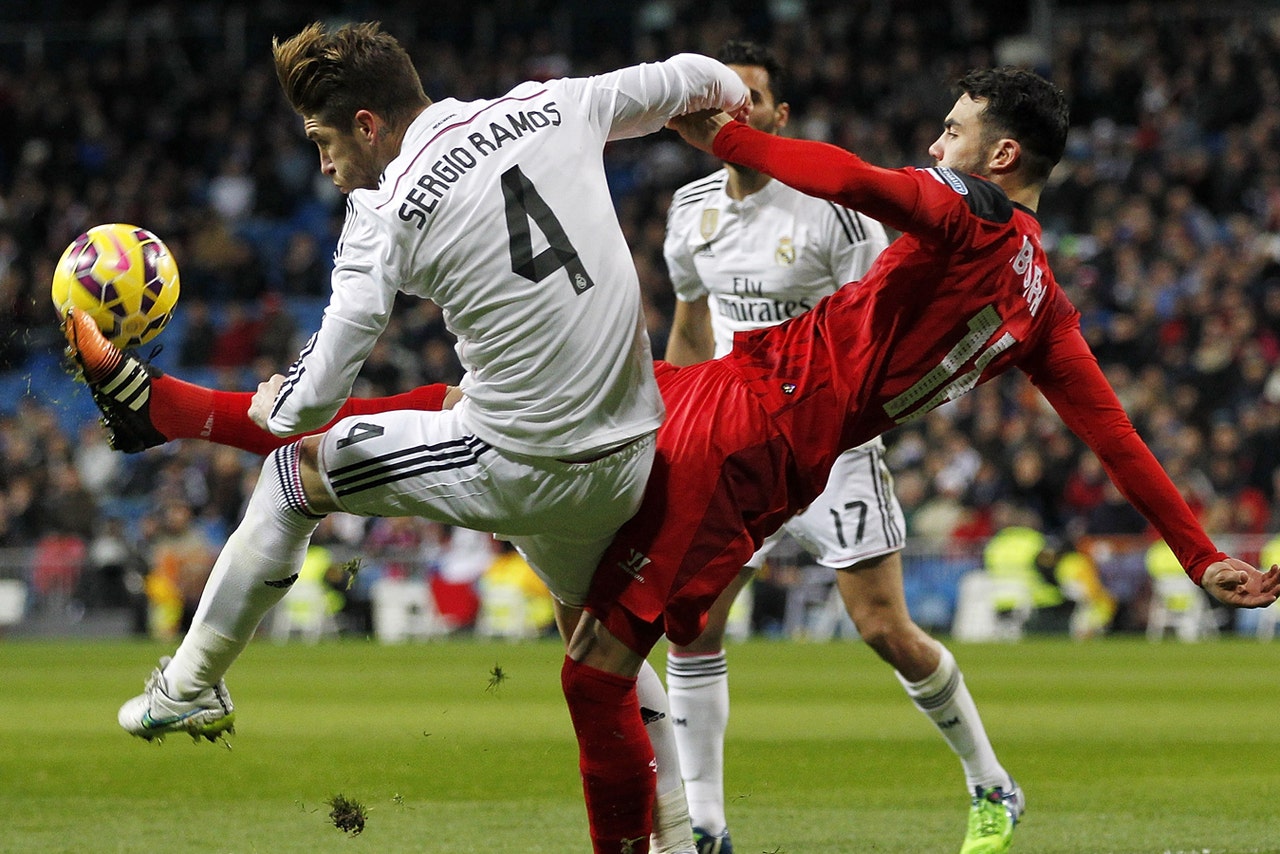 Real Madrid defender Sergio Ramos has been ruled out for around five weeks with a hamstring injury.

The Spain international suatained a knock in the opening stages of their midweek encounter with Sevilla at the Santiago Bernabeu and was forced to leave the pitch after just nine minutes of play.

Ramos has since undergone a series of tests and Madrid have now confirmed that the centre-back faces a spell on the sidelines due to a torn hamstring.

"Following tests carried out on Sergio Ramos by the Real Madrid medical service at the Sanitas La Moraleja Hospital, the player has been diagnosed with a torn hamstring in his left leg. His progress will be monitored," read a statement on the club's official website.

The 28-year-old's injury means that he will miss Saturday's derby against Atletico Madrid as well as the Champions League round-of-16 tie with Schalke, with coach Carlo Ancelotti ready to turn to Raphael Varane and Nacho Fernandez during his absence.

"Ramos's injury is serious. He will be out for the next five weeks but I believe in Nacho and Varane," the Madrid boss said at a press conference.

"They are good players and have plenty of enthusiasm."

Ramos has made 29 appearances in all competitions for Madrid so far this term, scoring six goals in the process.