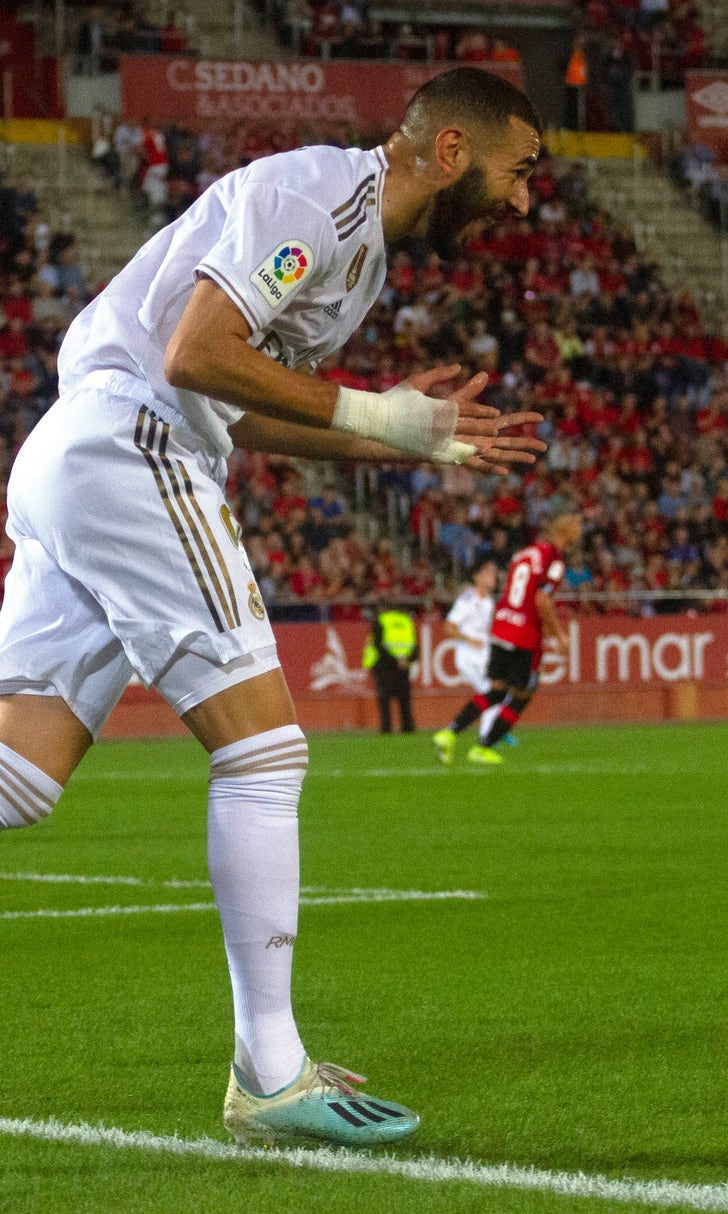 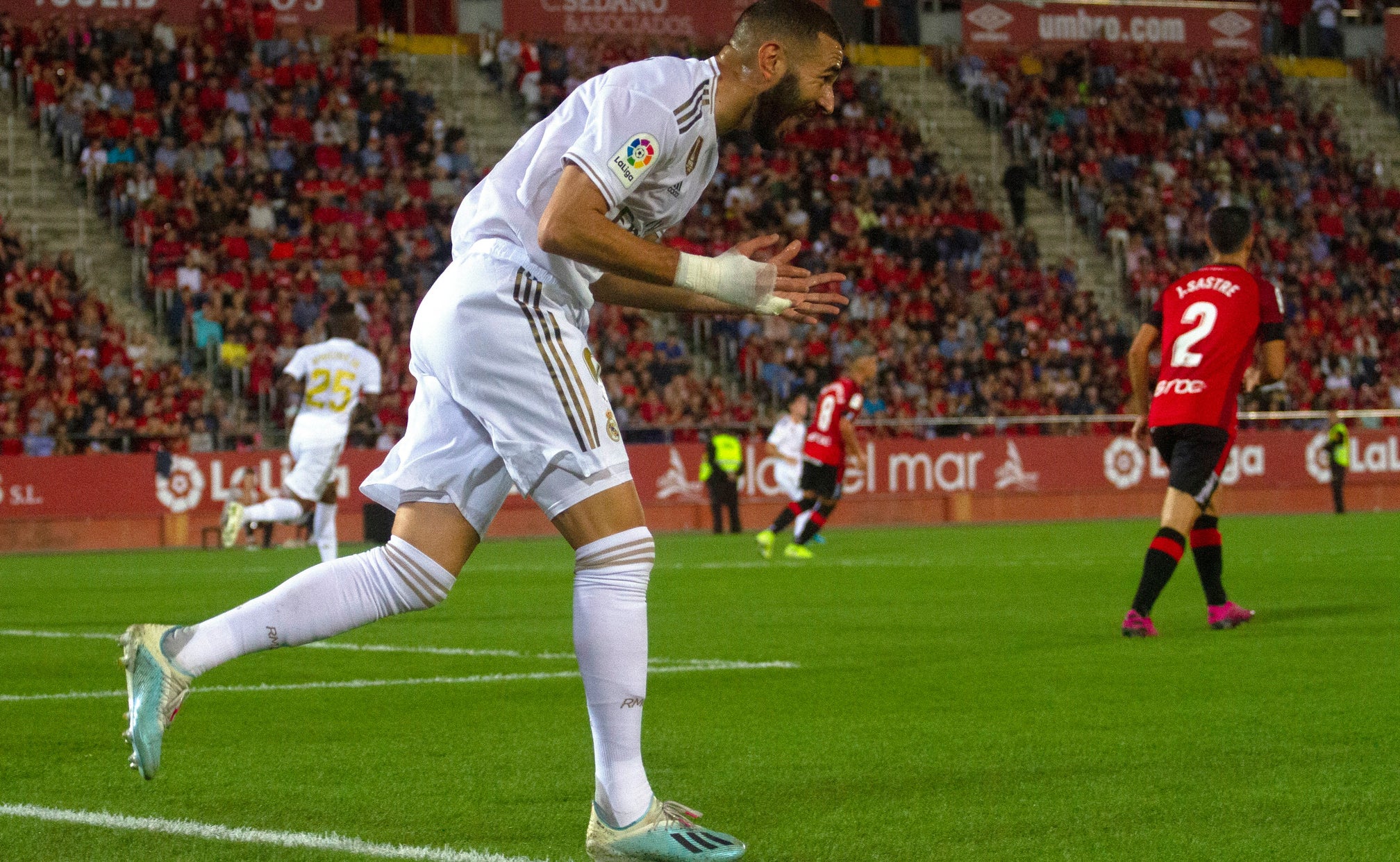 BERLIN (AP) — Real Madrid faces a tough test at Galatasaray as it chases its first Champions League win of the season.

Madrid is in last place in Group A after losing 3-0 at Paris Saint-Germain before barely saving face in a 2-2 draw with visiting Club Brugge.

Coach Zinedine Zidane's preparations are far from ideal for Tuesday's game in Istanbul after his heavily rotated squad surrendered its Spanish league lead on the weekend in a 1-0 loss at Mallorca.

Group leader PSG visits Bruges as it bids to maintain its perfect start.

Also Tuesday, Tottenham is aiming to bounce back from its humiliation at the hands of Bayern Munich with a win over visiting Red Star Belgrade, and Italian newcomer Atalanta faces a trip to English champion Manchester City.

On Wednesday, defending champion Liverpool visits Genk in its first game since its perfect start to the Premier League was ended with a 1-1 draw at Manchester United, and Borussia Dortmund visits Inter Milan.

Here's a closer look at the eight groups:

Last season's worries were supposed to disappear after Zidane returned to take over Madrid's dysfunctional team. But the problems have continued through an expensive summer rebuilding campaign and an unconvincing start to the Spanish league.

Injuries haven't helped. Luka Modric, Gareth Bale, Toni Kroos and Lucas Vázquez are all doubtful for the game against Galatasaray.

Madrid goalkeeper Thibaut Courtois has faced heavy criticism amid questions from supporters over why he was preferred to Keylor Navas, who joined PSG in the offseason.

Navas will hope to maintain another clean sheet for PSG in Bruges, which is unbeaten in six Champions League games.

Tottenham reached last season's final despite claiming just one point from its opening three games, but Mauricio Pochettino's team will not want to repeat the attempt after conceding seven goals in a home game for the first time.

Bayern's 7-2 win leaves Tottenham with one point from its opening two games and the Premier League team will be keen to restore some lost pride when Red Star Belgrade visits.

Despite domestic setbacks, Bayern will be confident of maintaining its winning start to the Champions League with another victory at Olympiakos in Greece.

Manchester City has won its last five games at home in European competition and Atalanta seems unlikely to stop that run after losing both games on its tournament debut.

Shakhtar Donetsk hosts Dinamo Zagreb in the other group game.

Atlético Madrid will be without star forward João Félix when it hosts Leverkusen and tries to stay top of its group with Juventus, which hosts Lokomotiv Moscow. Félix sprained his right ankle on Saturday.

Atlético, unbeaten in its last 11 matches at home in European competitions, eliminated Leverkusen in the Round of 16 of the Champions League in 2016-17.

Leverkusen is hoping to get off the mark after losing both of its opening games — 2-1 at home to Lokomotiv Moscow and 3-0 at Juventus.

Genk is braced for a possible reaction Wednesday from Liverpool, whose winning Premier League start ended at Old Trafford.

Liverpool opened its Champions League defense with a 2-0 loss at Napoli and struggled before prevailing 4-3 over Salzburg.

Salzburg has tallied nine goals so far but the Austrian club faces a difficult challenge against Napoli, which is one of five teams yet to concede in the competition.

Barcelona goes into its game at Slavia Prague coming off five straight victories in all competitions, the latest a 3-0 rout of Eibar on Saturday that took the Catalan team top of the Spanish league.

Prague is bottom of the group on goal difference from Inter after claiming a point in their opening 1-1 draw in Italy.

Leipzig hosts Zenit St. Petersburg on Wednesday after seemingly forgetting how to win at home, where its last victory was against Eintracht Frankfurt in the Bundesliga on Aug. 25.

Lyon managed to win 2-0 in Leipzig despite its own crisis at home. Lyon hasn't won in eight games in the French league.

Lyon visits Benfica in the group's other game.

Tottenham denied Ajax a place in last season's final with a last-gasp goal, and Ajax has lost four of its last six home games against English teams.

Despite losing some of its best players in the offseason, Ajax has shown little ill-effect, going on to enjoy 3-0 wins over both Lille and Valencia.