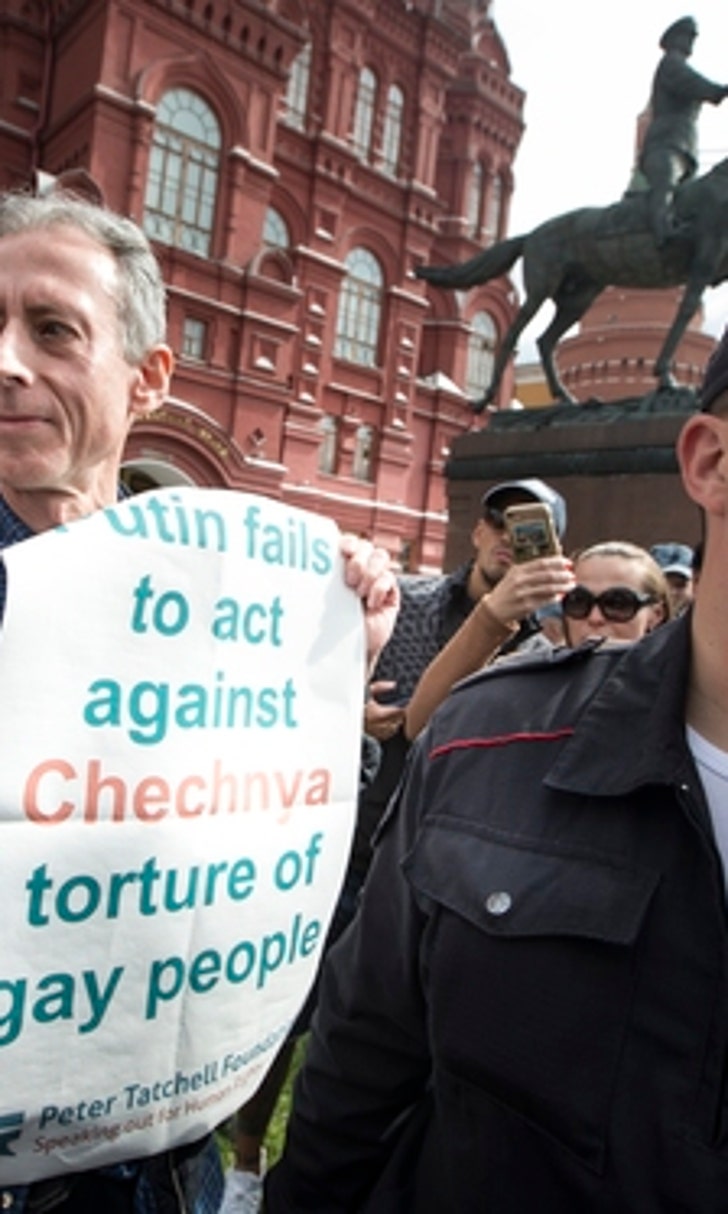 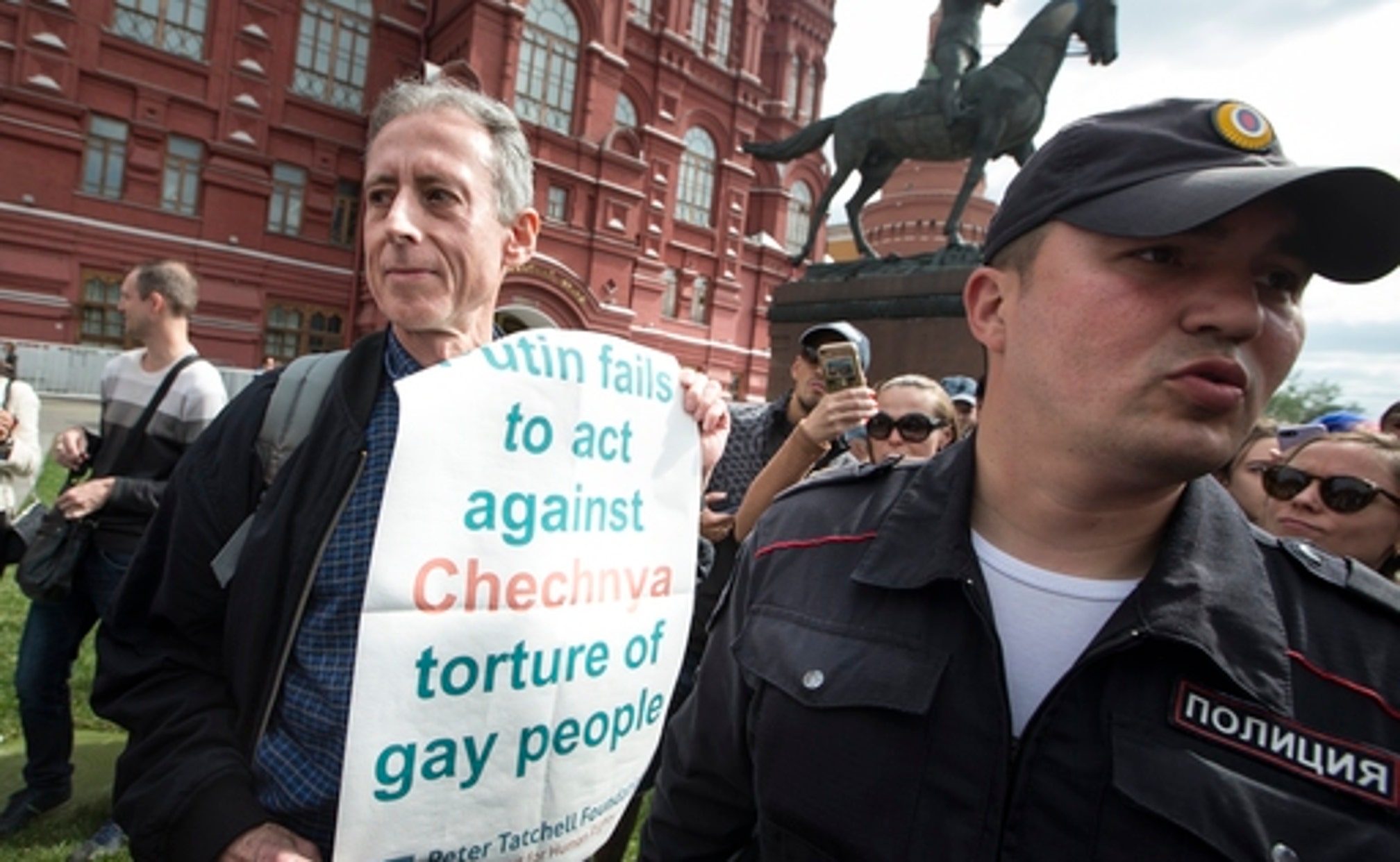 MOSCOW (AP) The opening day of the World Cup showed different sides of Russia's approach to gay rights, with the rainbow flag displayed during President Vladimir Putin's speech at the first game and a British LGBT activist detained for holding a protest.

Alexander Agapov, the president of the Russian LGBT Sports Federation, held up the rainbow flag - a symbol of the gay rights movement - during Putin's speech at Luzhniki Stadium before Russia beat Saudi Arabia 5-0 on Thursday.

''I believe you should practice what you preach and, if I'm telling LGBT football fans to be visible, then I should do it myself,'' Agapov told The Associated Press. ''Each time the Russian team scored a goal I was waving the rainbow flag ... I was showing my support.''

Agapov said security staff had no problem with the flag but he did receive abuse from another spectator outside the stadium, who said ''I don't want that kind of world.''

Agapov's federation holds sports events for lesbian, gay, bisexual and transgender athletes but he said he can't advertise them without hiring security because of the risk of attacks.

Russian officials have said the rainbow flag would be allowed at World Cup venues, even though a 2013 law bans so-called ''propaganda'' of homosexuality to under-18s. In practice, it's been used to stifle debate or to prevent people from displaying symbols of gay identity in any public context where a child could conceivably see or hear.

British LGBT activist Peter Tatchell was detained near Red Square in Moscow on Thursday but later released from jail.

Tatchell stood outside the Kremlin, holding a banner critical of the Russian president, saying ''Putin fails to act against Chechnya torture of gay people.''

Several minutes later, Tatchell was approached by several policemen who told him his protest was not authorized. He was led away and taken to a police car.

About two hours later on Twitter, Tatchell said he'd been released and was to appear in court on June 26. The Interfax news agency said he was charged under a statute that carries a penalty of up to 20,000 rubles ($330).

Dozens of gay men have spoken about being tortured in secret prison facilities overseen by the allies of Chechen leader Ramzan Kadyrov. Kadyrov denied the accusations and has claimed there are no gays in Chechnya.