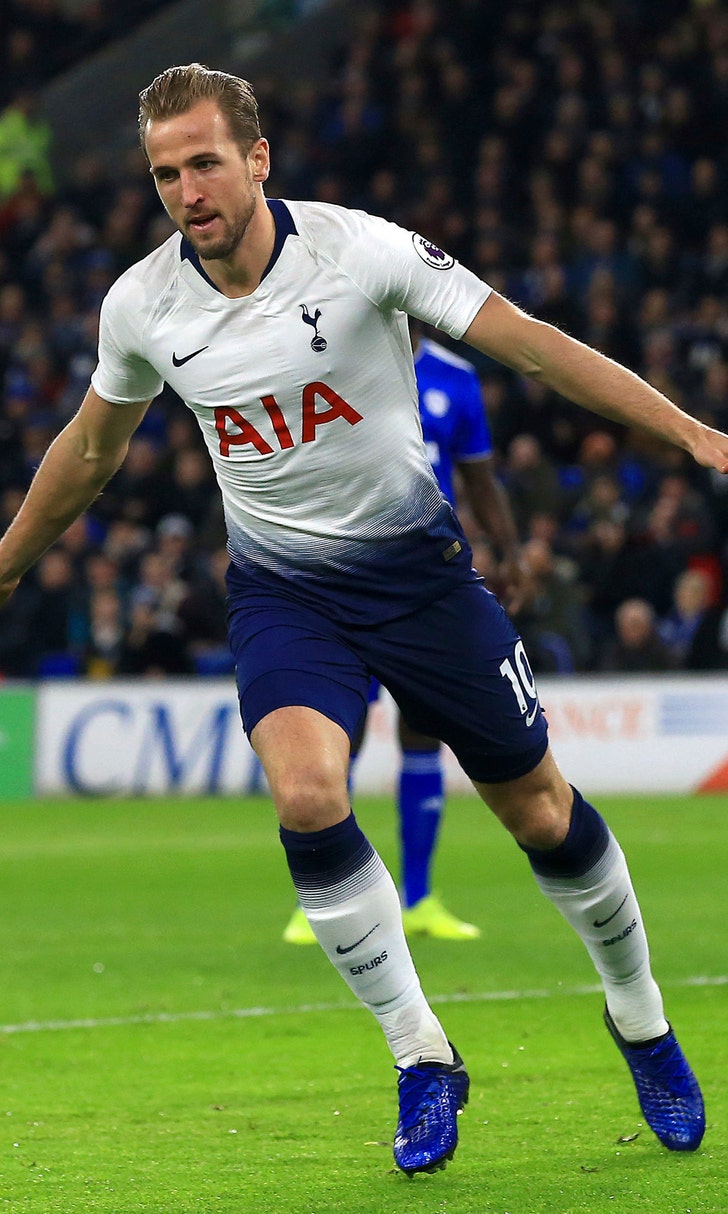 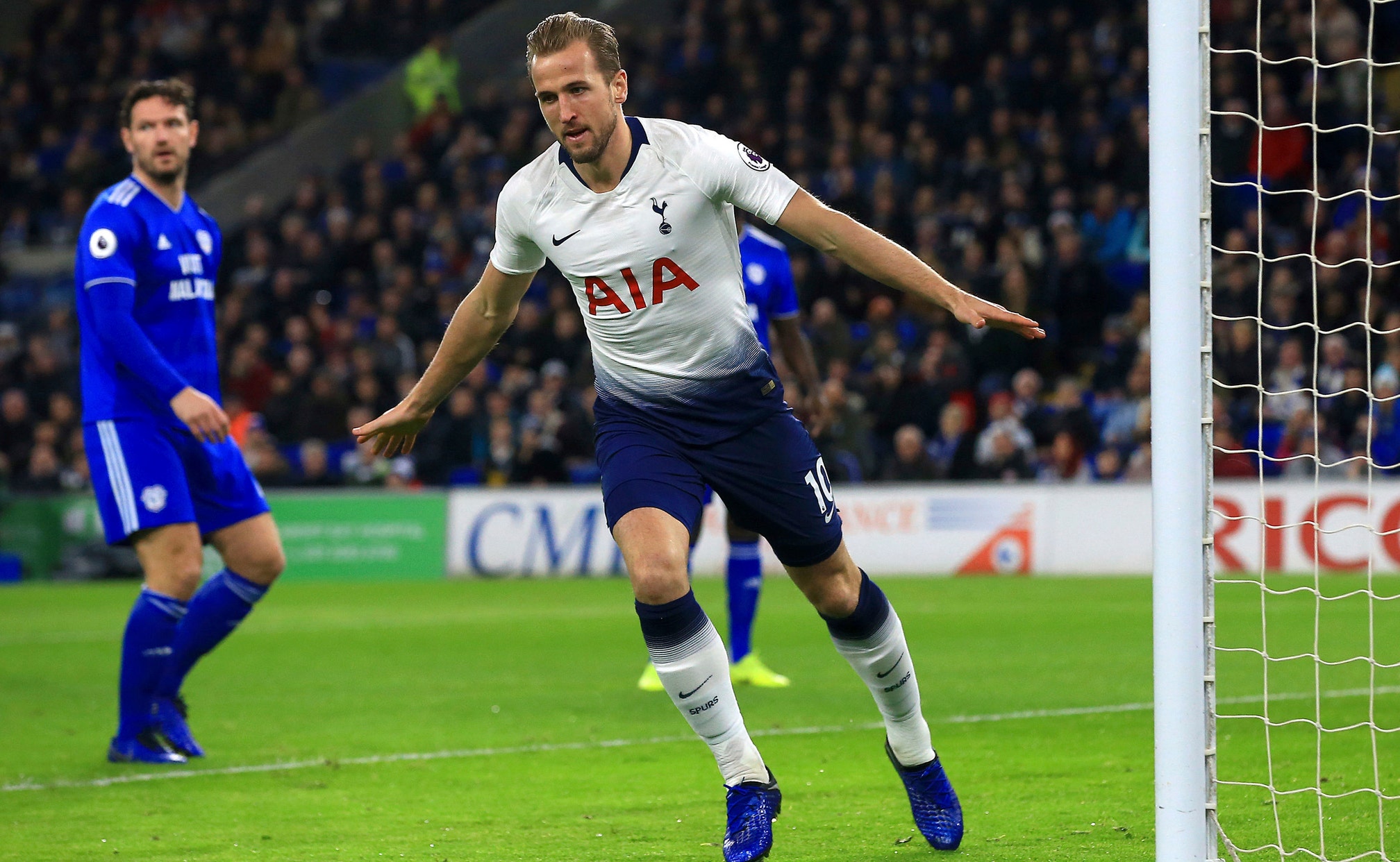 CARDIFF, Wales (AP) — Harry Kane's third-minute goal set Tottenham on its way to a 3-0 win at Cardiff on Tuesday, ensuring the prolific England striker has scored against all 28 teams he has faced in the Premier League.

Christian Eriksen and Son Heung-min also netted first-half goals as Tottenham moved back into second place, a point above Manchester City and six behind Liverpool. City and Liverpool play each other on Thursday.

Kane had failed to breach Cardiff's defense in his three previous matches against the Welsh club and only did so this time because of a touch of fortune. Cardiff defender Sean Morrison tried to clear the ball out of his area but it struck the midriff of Kane and ended up dribbling over the goal line.

It was Kane's 14th league goal, moving him alongside Arsenal striker Pierre-Emerick Aubameyang atop the scoring list and one above current Golden Boot holder Mohamed Salah, the Liverpool forward.

Eriksen received a pass from Son, took a touch, and sent a precise shot from the edge of the area just inside the post to make it 2-0 in the 12th minute.

Kane then played in Son, who found the corner with an angled shot in the 26th minute for his eighth goal in his past eight starts. Son has only one Premier League game left — against Manchester United on Jan. 13 — before he leaves to play for South Korea in the Asian Cup.

"That is football, we knew it would happen," Tottenham manager Mauricio Pochettino said. "He will go with his national team, but we have players and football is about the squad and surely we will find the solution."

Tottenham bounced back from a 3-1 home loss to Wolverhampton Wanderers, which was their first game since seriously entering the title conversation. If Liverpool loses to City, Spurs will be back in it.

"I don't care," Pochettino said, when asked about Thursday's game. "Of course I will watch it, it will be an unbelievable game and I enjoy football."

Cardiff stayed three points above the relegation zone with this latest convincing loss to one of the league's heavyweight teams. It was beaten 5-1 at Manchester United just before Christmas and was also thrashed 5-0 by Man City at home in September.

"When we start off like that, we shoot ourselves in the foot. All the planning goes out of the window," Cardiff manager Neil Warnock said. "The goals were disappointing but they were too good for us in the first half. But that's life and you move on.

"I was pleased that we hung in there because it's easy to throw the towel down when you're 3-0 down to a team like this."