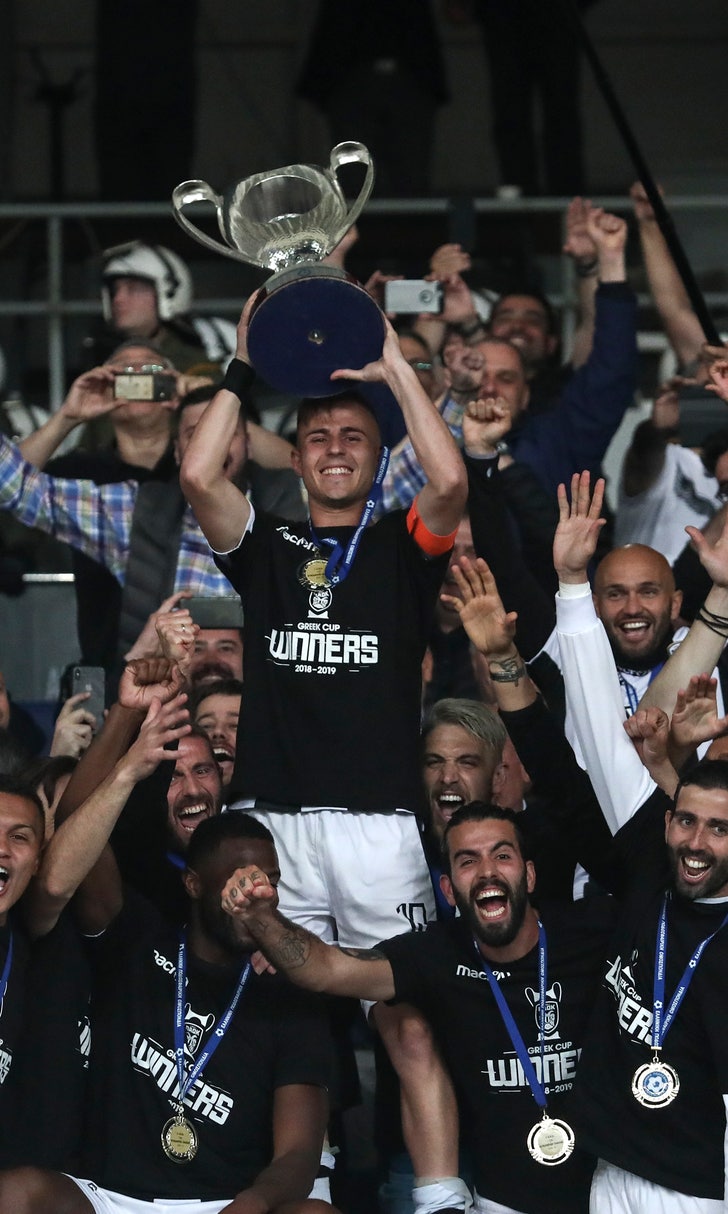 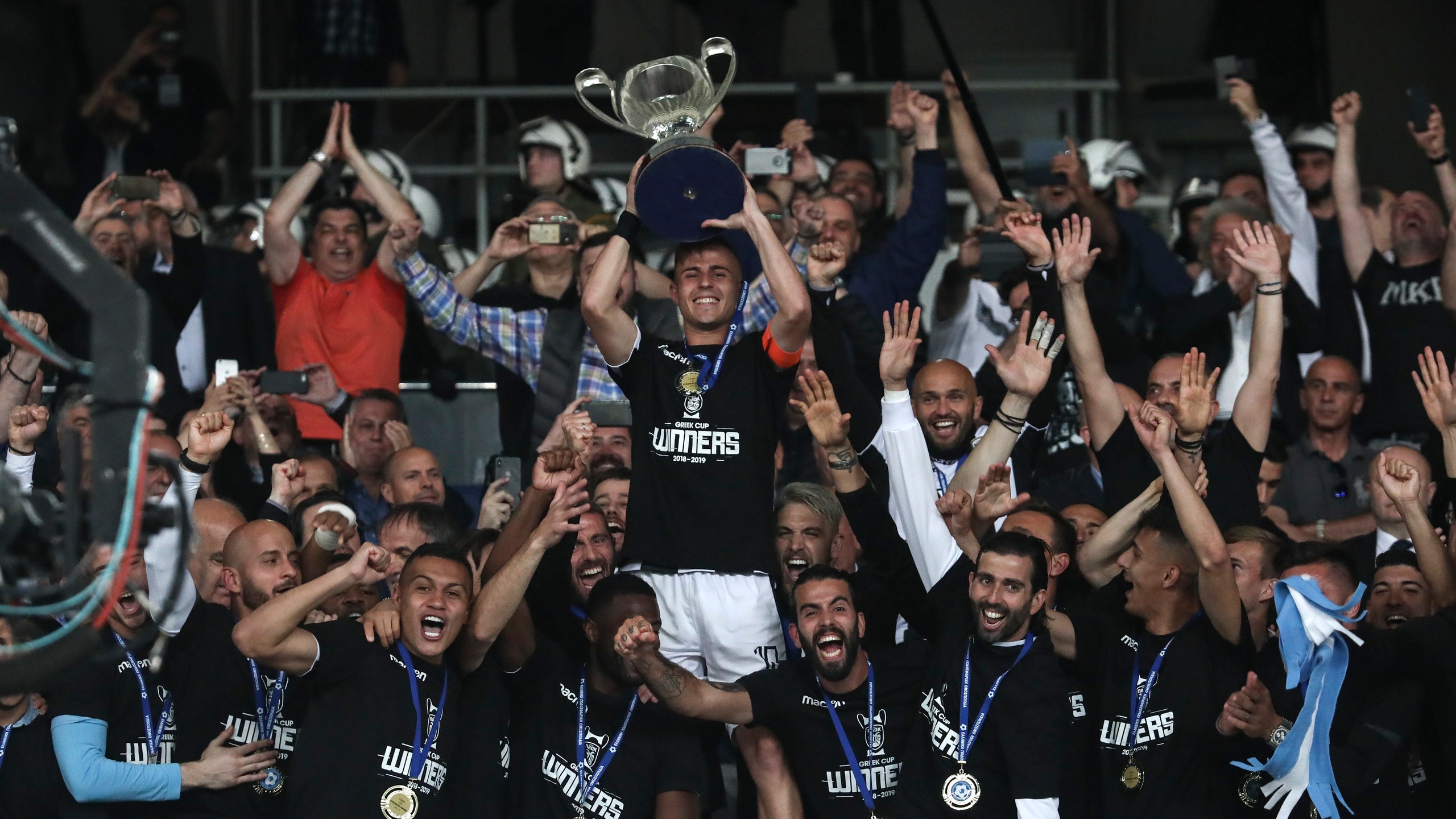 ATHENS, Greece (AP) — PAOK won the Greek Cup for a third straight year with a 1-0 victory over AEK Athens in a nearly empty Athens Olympic Stadium on Saturday.

Chuba Akpom scored the winner with an overhead kick in the 45th minute.

PAOK also won the Greek league title this season for its first-ever double. AEK was runner-up in the cup final for the third year in a row.

Only 900 invited spectators — and 3,000 police — attended the game due to fears of fan violence. A German ref, Felix Zwayer, was chosen for the final.

The two finalists each got 120 places, with 660 for EPO, Greece's football federation. Despite the security measures, there were still minor clashes between rival fans inside the stadium requiring police intervention.

Gatherings were banned around Athens' central Omonia Square, where celebrating fans usually gather after important games, with the ban in effect from 6 p.m. local time on Thursday to 6 a.m. Sunday.

Police clashed with 100 AEK fans on bikes near a major highway exit in Athens on Friday. Twelve people were detained.