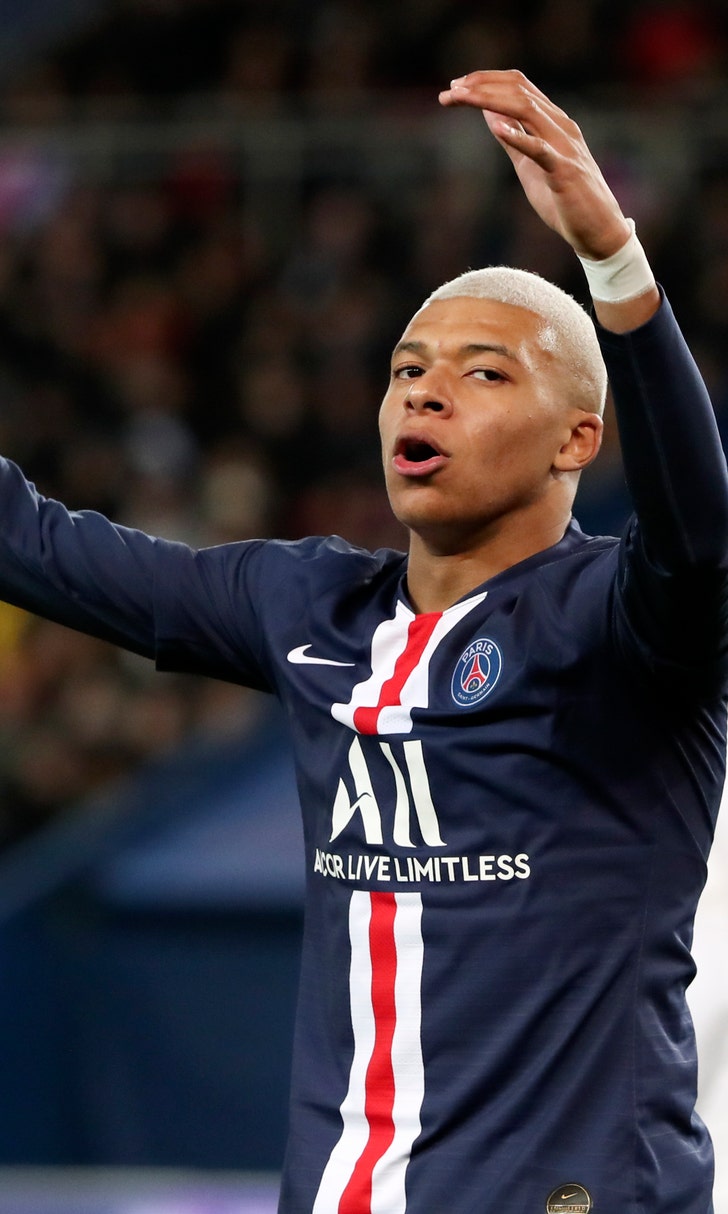 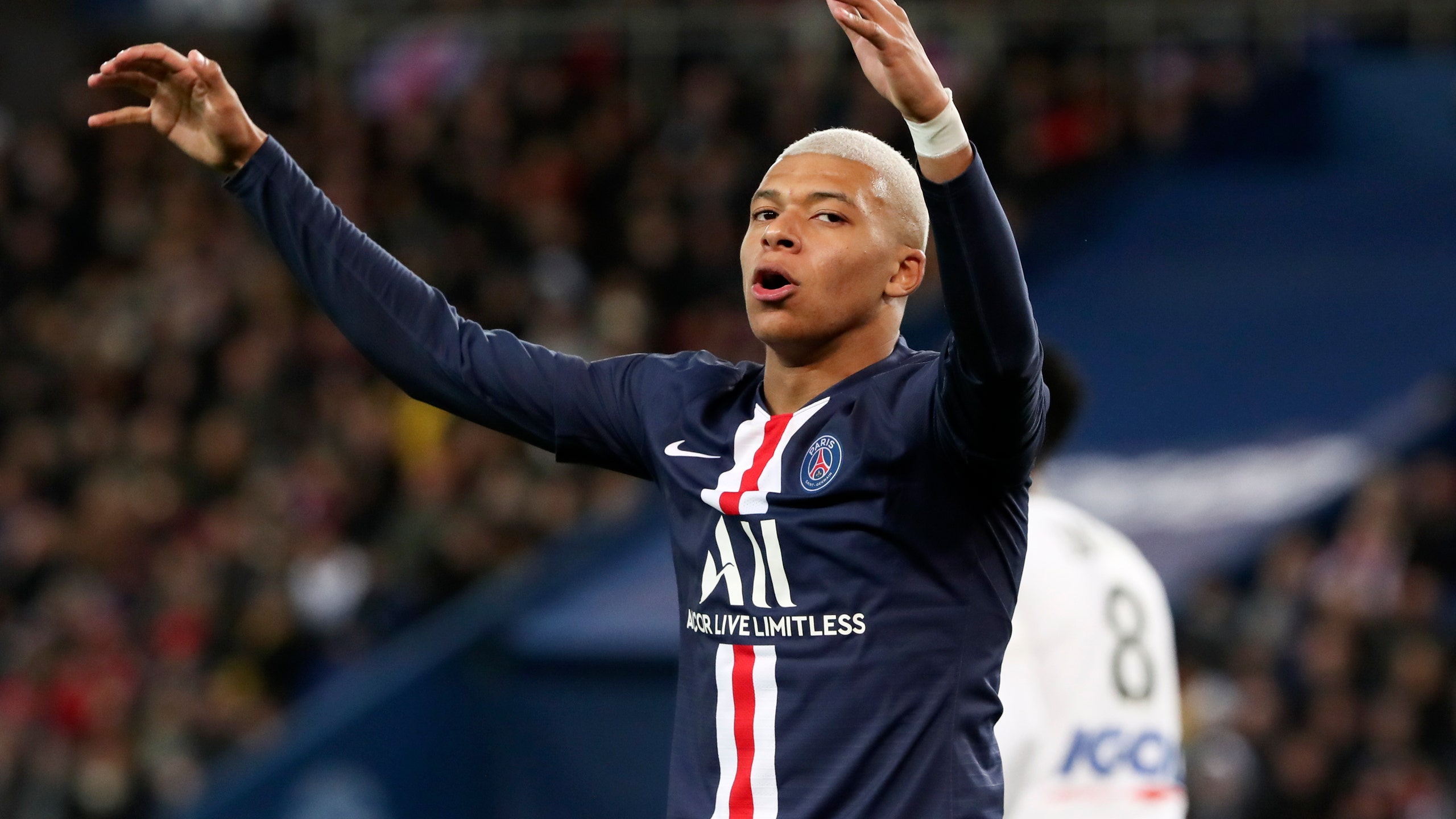 It was a familiar sight as the lightning-fast France star with his new dyed hair — after his birthday on Friday — latched onto a long pass from Neymar and adroitly clipped the ball over the advancing goalkeeper.

Mbappé has been involved in 15 goals in his last 12 league games — 11 goals and four assists — and his partnership with Brazil star Neymar continues to flourish.

Neymar danced in front of the home fans after tapping home from close range early into the second half. Mauro Icardi's effort was blocked and the loose ball rolled kindly across to Neymar.

Angel Di Maria then set up Mbappé with a clever reverse pass down the right, with Mbappé drilling a low shot into the corner in the 65th.

However rampant in attack, PSG remains prone to lapses in concentration at the back and Colombian forward Steven Mendoza was left unmarked when he pulled a goal back five minutes later.

Icardi has been in prolific form since joining on a season's loan from Inter Milan and notched his ninth league goal in only 11 games, showing his usual dexterity when sliding to the back post to volley in a cross from the left with minutes remaining.

The win kept PSG seven points clear of second-place Marseille heading into the mid-season winter break. PSG has played one game less and has a vastly superior goal difference.

Marseille enjoyed a comfortable 3-1 home win against 19th-place Nimes for a sixth win in seven games. Midfield schemer Dimitri Payet was involved in all the goals — and in another disallowed goal — after a tight first half.

Nimes players were exasperated not to get a penalty on the stroke of halftime, following a video review after center half Duje Caleta-Car appeared to impede Sofiane Alakouch.

Alakouch inadvertently sent the ball into his own net in the 47th after sliding to stop a cross from the right from reaching Payet.

Marseille then had a goal ruled out by VAR after Payet's deflected shot from the edge of the penalty area clipped striker Dario Benedetto, who was in an offside position.

Benedetto's next effort stood as he volleyed into the roof of the net from close range in the 66th, after midfielder Morgan Sanson's saved shot from Payet's pass bounced up invitingly to him.

Payet got an ovation when he was substituted soon after his well-struck goal in the 82nd. Payet was one of France's best players at the European Championship in 2016, but then lost his place.

With Euro 2020 looming, he is pushing for a return to coach Didier Deschamps' squad and has four goals and three assists in six games.

The French league resumes on Jan. 10.

Lille was routed 5-1 away to Monaco, despite Nigeria striker Victor Osimhen's 10th league goal of the season giving Lille a 14th-minute lead.

Nantes is two points behind Lille in fifth spot after losing 2-1 at home to Angers.

Midfielder Ludovic Blas celebrated his goal after a shot from outside the penalty area in the 18th. Goalkeeper Ludovic Butelle clumsily spilled what was otherwise a comfortable shot to stop.

After midfielder Mathieu Cafaro leveled from the penalty spot for Reims in the 44th, striker Moussa Dembélé missed a late penalty for Lyon in a 1-1 draw.

Headers from Malang Sarr and Hicham Boudaoui put 10th-place Nice 2-0 up inside 20 minutes at home to last-place Toulouse, and a brilliant curling shot by midfielder Pierre Lees-Melou. also in the first half, made it 3-0.

Saint-Etienne slumped to a fifth defeat in the last seven games overall, losing 2-1 at 11th-place Strasbourg.

Dijon midfielder Romain Amalfitano's first league goal since January 2016 was worth the wait in a 2-2 home draw with Metz. As the ball dropped on the edge of the penalty area he struck a superb volley into the bottom corner to equalize moments after Senegal striker Habib Diallo's 10th of the season gave Metz a 15th-minute lead.

Metz had a player sent off in the second half but earned a point thanks to Habib Maiga's injury-time goal.