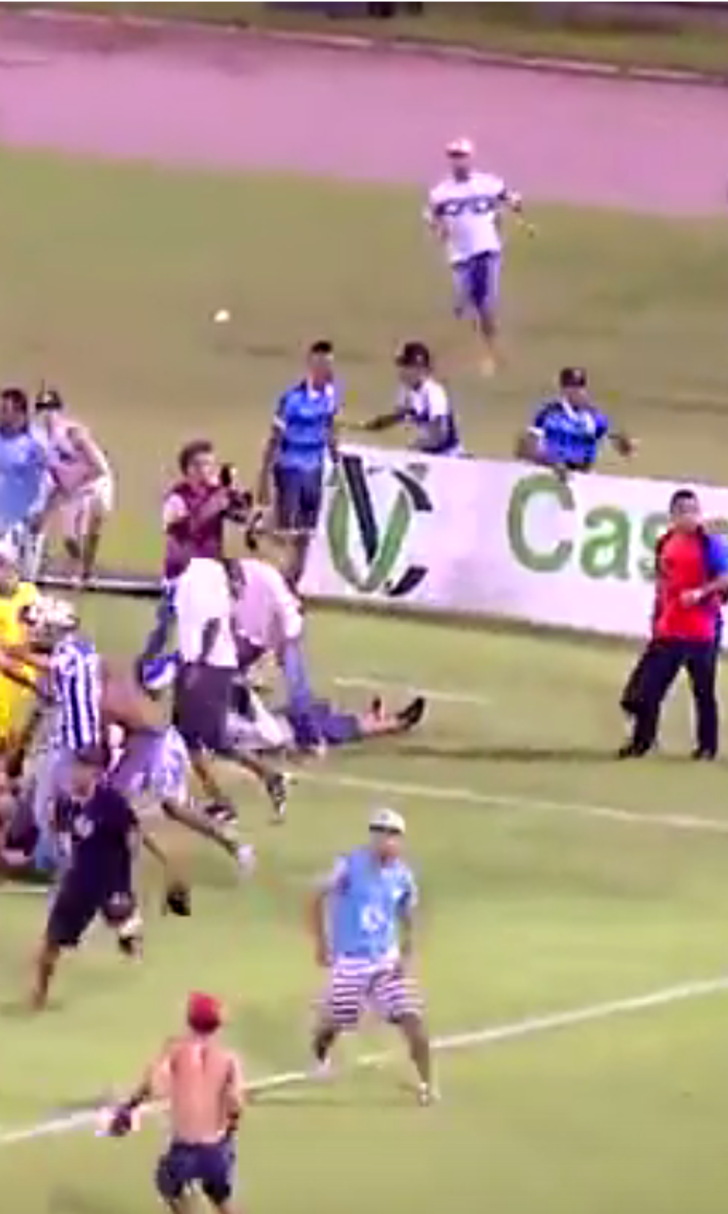 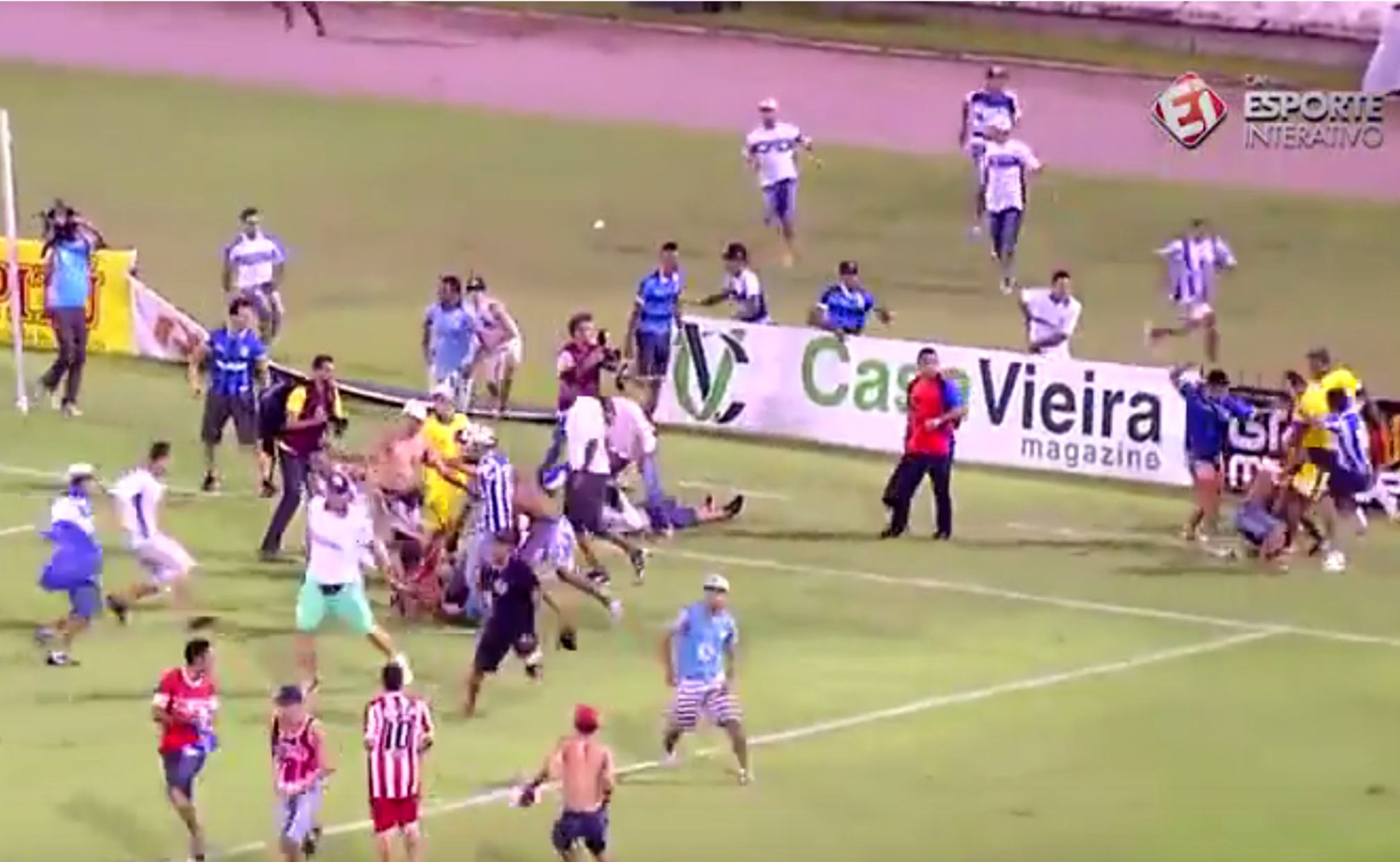 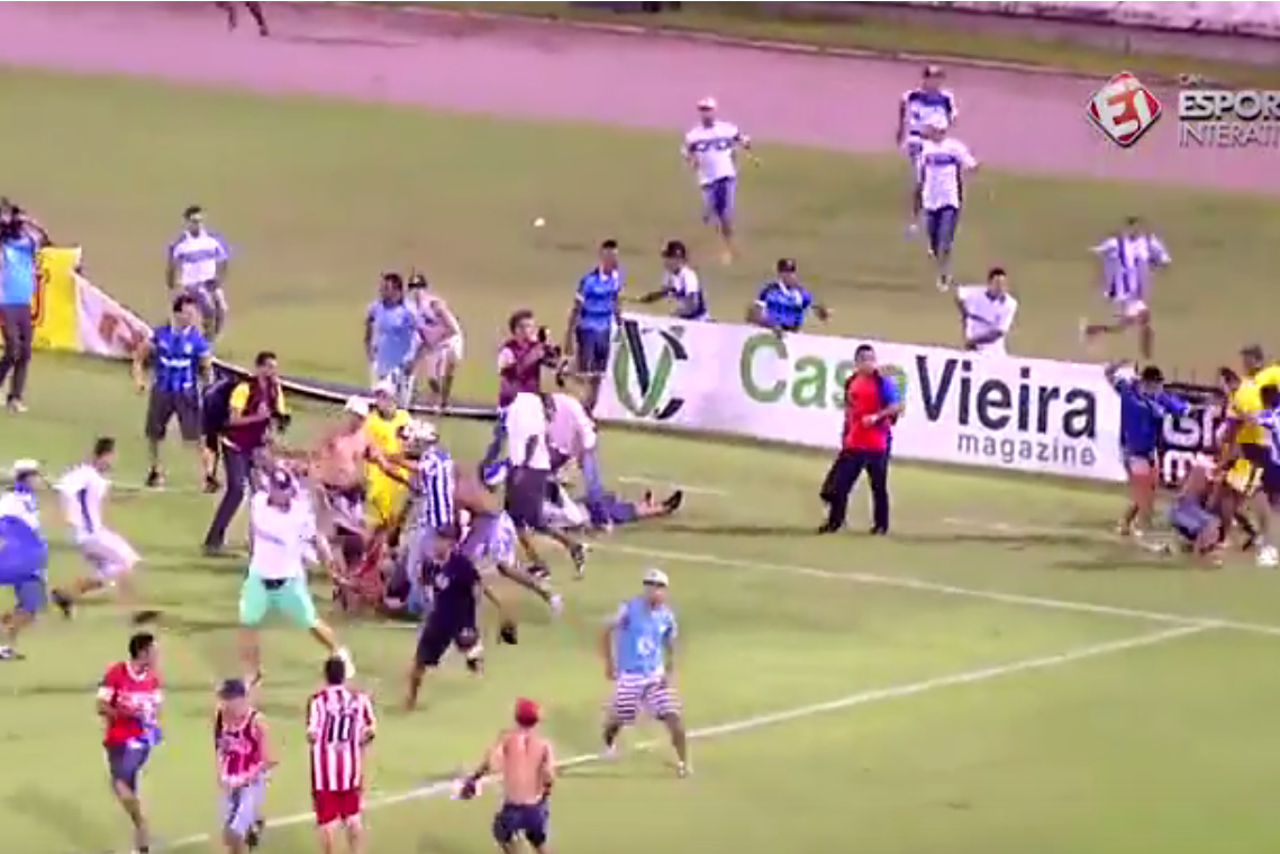 Five people were injured and at least one remains in critical condition after the Alagoas State Championship in Brazil descended into utter chaos on Sunday.

Fans from both teams clashed in the stands and spewed onto the field, where dozens converged on one, who can be seen lying motionless while being brutally kicked and battered with an umbrella.

"He [the victim] looked awful," said CRB doctor Orlando Baia. "When they took him away he looked dead. He had bruises everywhere. If he survives it will be very difficult for him to recover.

"Football should be a party, but this looked more like the Vietnam war."

No names of any victims were released and it was unclear as to whether police made any arrests.