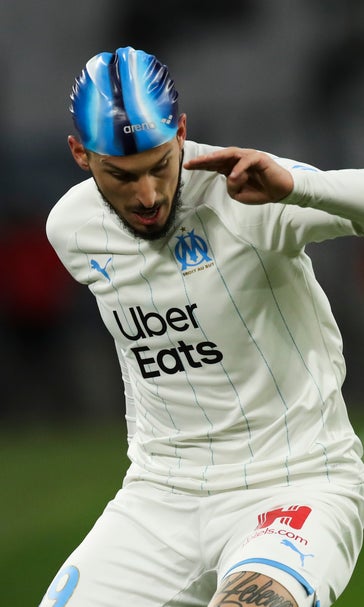 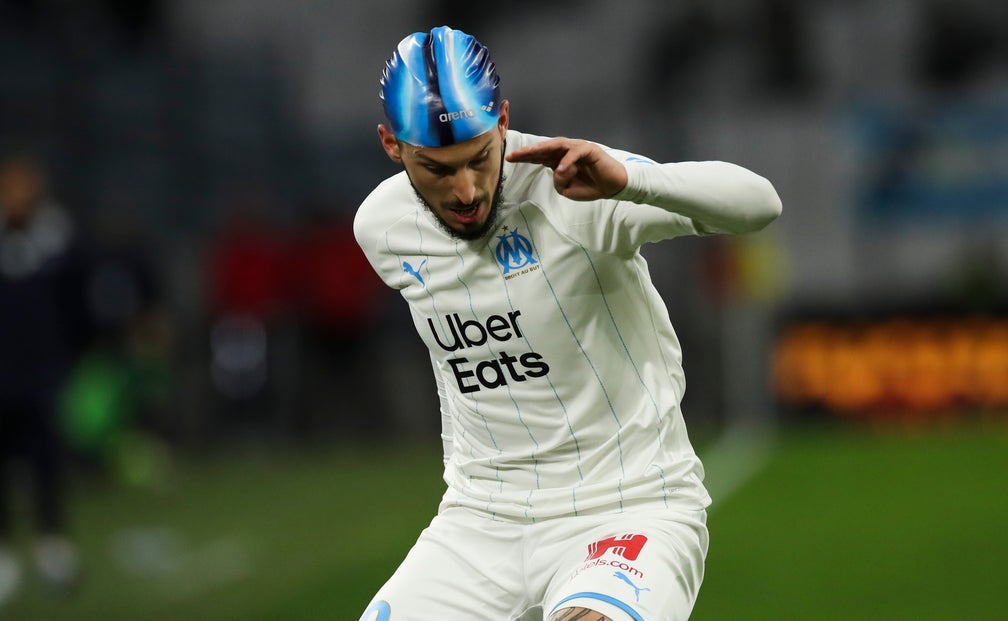 Marseille striker Dario Benedetto came off the field with blood pouring from a head wound, and went back on wearing a swimming cap in his side's 2-2 home draw against struggling Amiens on Friday.

The bizarre scene happened after he clashed heads early on with an Amiens defender. After briefly receiving treatment, Benedetto ran back on with a tight-fitting blue cap covering his wounded head.

Benedetto kept his cap on for the rest of the French league game, but failed to add to his club-leading 11 league goals as second-placed Marseille carelessly threw away a 2-0 lead after goals from midfielders Morgan Sanson and Dimitri Payet.

Amiens replied in the 84th thanks to forward Serhou Guirassy's penalty and equalized in the fifth minute of injury time through Iran midfielder Saman Ghoddos.

Marseille forward Valère Germain was at fault, naively trying to lead his side to a third goal with 30 seconds left, rather than just kicking the ball out.

Marseille coach André Villas-Boas was sent off as he protested angrily to referee François Letexier after the final whistle.

Yet his players were squarely to blame.

“It's not possible. We can't complain about the referee," Marseille's Dutch midfielder Kevin Strootman said. "If you want to play the Champions League, you can't play this way.”

Marseille trails Paris Saint-Germain by 12 points, but remains favorite to qualify directly for next season's Champions League. Marseille leads third-placed Rennes by nine points with 10 rounds remaining after this weekend.

PSG's game Strasbourg on Saturday was called off following a decree from the Alsace city prefecture because of the escalating coronavirus outbreak.

On Sunday, the roof at Stade Pierre-Mauroy will remain open even if it rains when Lille hosts Lyon.

The coronavirus reached 577 cases in France by Friday afternoon, with nine deaths.

Marseille
share story
those were the latest stories
Want to see more?
View All Stories
Fox Sports™ and © 2020 Fox Media LLC and Fox Sports Interactive Media, LLC. All rights reserved. Use of this website (including any and all parts and components) constitutes your acceptance of these Terms of Use and Updated Privacy Policy . Advertising Choices . Do Not Sell my Personal Info