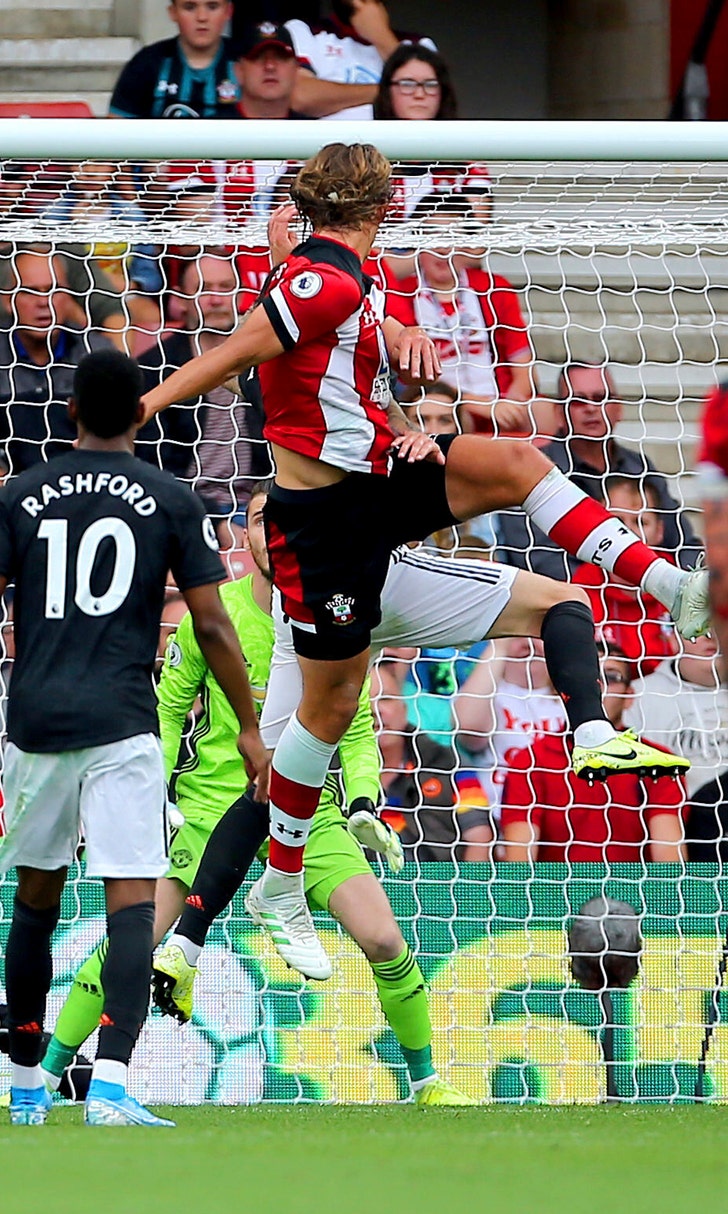 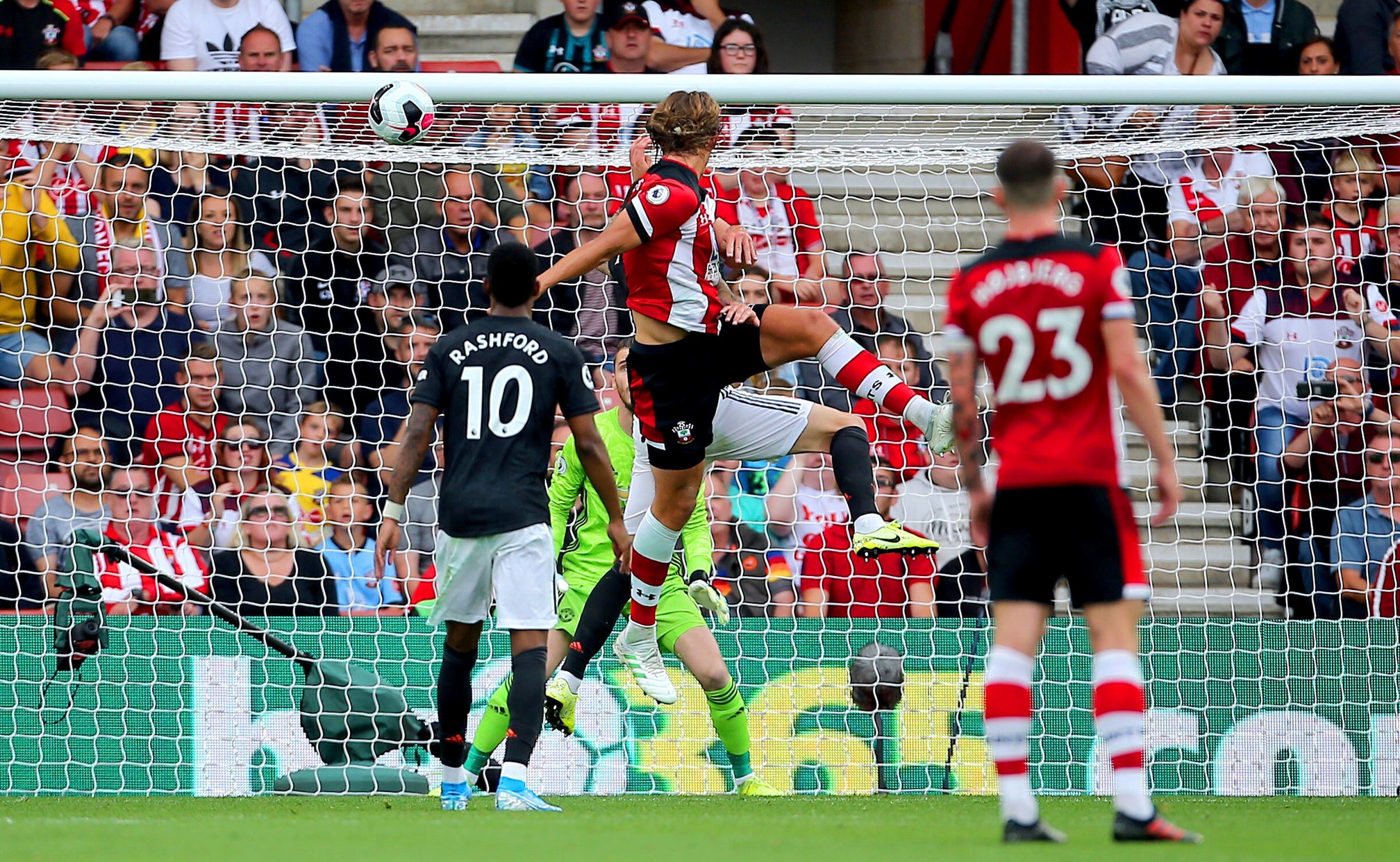 SOUTHAMPTON, England (AP) — Manchester United will head into the international break with just one win from its opening four Premier League games and an injury concern over Paul Pogba after being held 1-1 at Southampton on Saturday.

Daniel James cut inside and drove a rising shot into the top corner for his third goal since an offseason arrival from second-tier Swansea, giving United a 10th-minute lead at St. Mary's Stadium.

Southampton's incessant pressure at the start of the second half resulted in an equalizer, with United goalkeeper David de Gea choosing to punch away a shot only for the ball to be delivered back into the area and headed in by Jannik Vestergaard in the 58th.

Kevin Danso was handed a second yellow card for a crude, high challenge on Scott McTominay, reducing Southampton to 10 men in the 73rd.

United couldn't put away any of its late chances, though, leaving the opening weekend 4-0 result against Chelsea as its only win so far. Ole Gunnar Solskjaer's team has five points, one more than Southampton.

United was without Anthony Martial and Luke Shaw because of injury, and Pogba was seen limping out of the ground after Solskjaer said the midfielder "got a bad knock on his ankle."

Pogba was scheduled to link up with the France squad next week for two upcoming European Championship qualifiers.

Solskjaer backed Pogba to live up to the lofty expectations placed on him and insisted the player will not be leaving the club before the European transfer window shuts Monday, despite continued speculation linking him with Real Madrid.

"I think we, as a team after about half an hour, started giving sloppy balls away and Paul was one of them," Solskjaer said. "He wasn't any different to anyone else, we as a team didn't play well but in the last 20 minutes or half an hour he did create loads for us going forward.

"Everyone expects everything from him every game — he has to defend, he has to attack, he has to win headers, he has to dribble past people, he has to make passes. That's just Paul and he'll thrive on that. Paul Pogba will be playing for us."