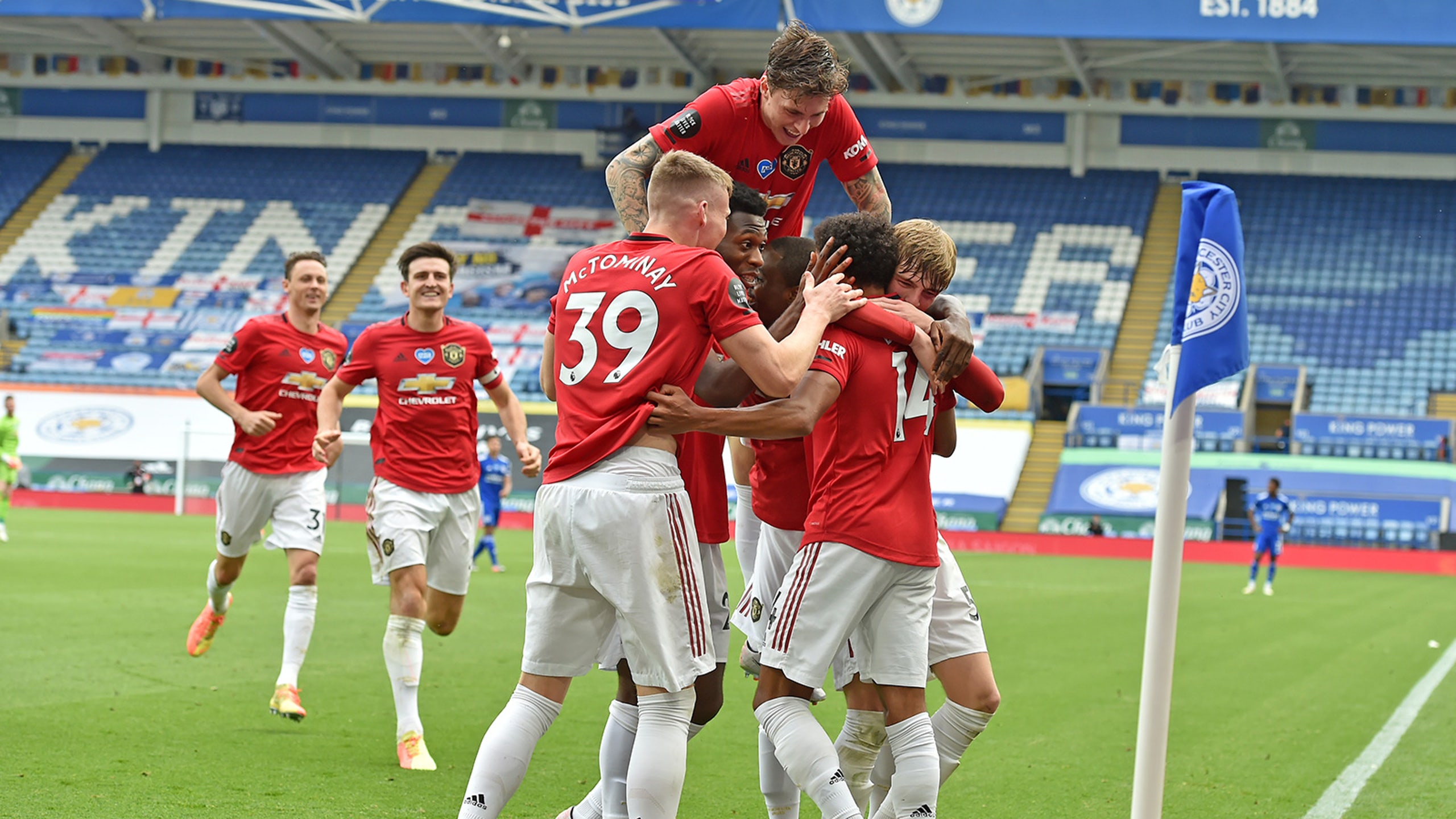 There might not have been a championship on the line on “Championship Sunday” in the Premier League – Liverpool clinched that last month – but there was still plenty at stake.

And Manchester United capitalized, claiming one of the two remaining UEFA Champions League spots up for grabs.

Three teams — Man United, Chelsea and Leicester City — were all jockeying for those two coveted spots coming into Sunday, as the top four clubs in the EPL qualify for the Champions League.

United and Leicester controlled their own destinies in a head-to-head matchup, as Man U emerged with the victory and a third-place finish.

FOX Sports insider Martin Rogers sees United’s run as a harbinger of a return to glory for the Red Devils.

"The biggest takeaway from the final day is the confirmation that Manchester United is coming again. After a miserable few years, and a dismal start to the season, they finished off their surge following the restart by locking down a Champions League place. 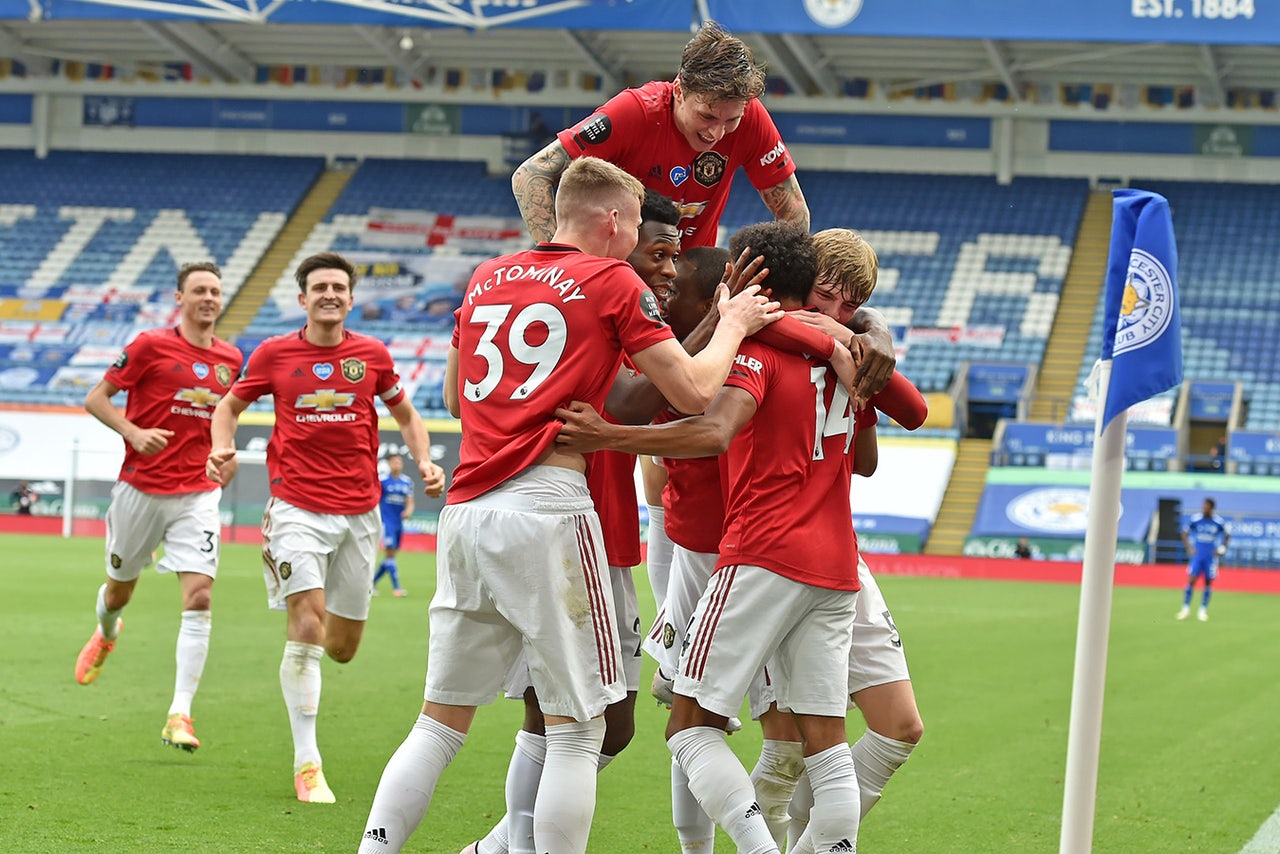 "Liverpool looks untouchable for the next couple of years, but Manchester City seems due for a slide, and Chelsea remains an unknown quantity. With the electrifying youth of Mason Greenwood, the resurgence of Paul Pogba and the inspired arrival of Bruno Fernandes, United might be back to the peak of English soccer sooner than most expected."

For United, the win capped a 14-match unbeaten run in the league. For Leicester, it ended a miserable stretch since the league resumed play.

United’s win made Chelsea’s result moot in terms of the Champions League race, but the Blues picked up a victory thanks in large part to a beautiful free-kick goal from Mason Mount, as Christian Pulisic & Co. finished fourth in the EPL standings.

Down at the bottom of the table, the fight for survival was equally intense. Last-place Norwich City were already facing relegation, but Aston Villa, Bournemouth and Watford all had an opportunity to remain in England’s top flight.

As it shook out, Villa remained up with a 1-1 draw against West Ham giving them a vital point. Breakout star Jack Grealish opened the scoring for Villa in the 84th minute before the Hammers responded a minute later, but Villa held on.

Watford’s 3-2 loss against Arsenal meant a return to the Championship for the first time since 2014-15.

We’d be remiss to not call attention to Arsenal forward Pierre-Emerick Aubameyang’s filthy overhead kick, however.

As for Bournemouth, their 3-1 win against Everton proved to be too little, too late as the three points weren’t enough to keep them out of danger.

With the 2019-20 Premier League season officially in the books, it’s never too early to look ahead.

For now, FOX Bet favors Man City to win the league next season at -110, with current champions Liverpool close behind at +187 and Man U the third-favorite at +800.

Hold the Phone
The Seahawks are now taking calls from teams inquiring about superstar quarterback Russell Wilson. Is a breakup inevitable?
just in

A Knicks-tape worth playing
The Knicks are one of the surprises of the NBA season, making New York looking like it could once again become a basketball Mecca.
8 hours ago

All-Star squads selected
LeBron James and Kevin Durant picked their squads for Sunday's NBA All-Star Game, and there was plenty of talent to choose from.
12 hours ago

The best bets for the 2021 MLB season
Looking to make a World Series pick as Opening Day nears? Sammy P explains when to fire – and why the Dodgers are a risky bet.
16 hours ago
those were the latest stories
Want to see more?
View All Stories
Fox Sports™ and © 2021 Fox Media LLC and Fox Sports Interactive Media, LLC. All rights reserved. Use of this website (including any and all parts and components) constitutes your acceptance of these Terms of Use and Updated Privacy Policy. Advertising Choices. Do Not Sell my Personal Info